“Each neighborhood of the city appeared to be made of a different substance, each seemed to have a different air pressure, a different psychic weight: the bright lights and shuttered shops, the housing projects and luxury hotels, the fire escapes and city parks.”
-Teju Cole

*This article is part 2 of a 2 part article. You can find Part I here.

How does proximity to the urban core affect an urban park?

“It depends on how you are defining “urban park.” Those within a 10 minute walk are most likely to use a park. A park in an urban area need not be in the urban core to be successful, provided that it serves a decent population and caters to that population’s needs.” – Landoll

“Your target demographics and stakeholders can vary greatly, whether it be a city of 10,000 or 500,000. Are you near a university where you will have young adults that always wants to be plugged in, study alone in intimate settings, or group settings with presentation pods? Is it a small community where parents and children can walk or ride their bikes to watch a movie in the park or run around in a playscape?  Are you at a public plaza where young, professional adults want a place to spread their legs from the apartments and play bocce or sit on a lawn and read a book? These spaces can also be places of demonstrations, protests, fundraisers, and community gatherings. The audience is crucial.” – Stout 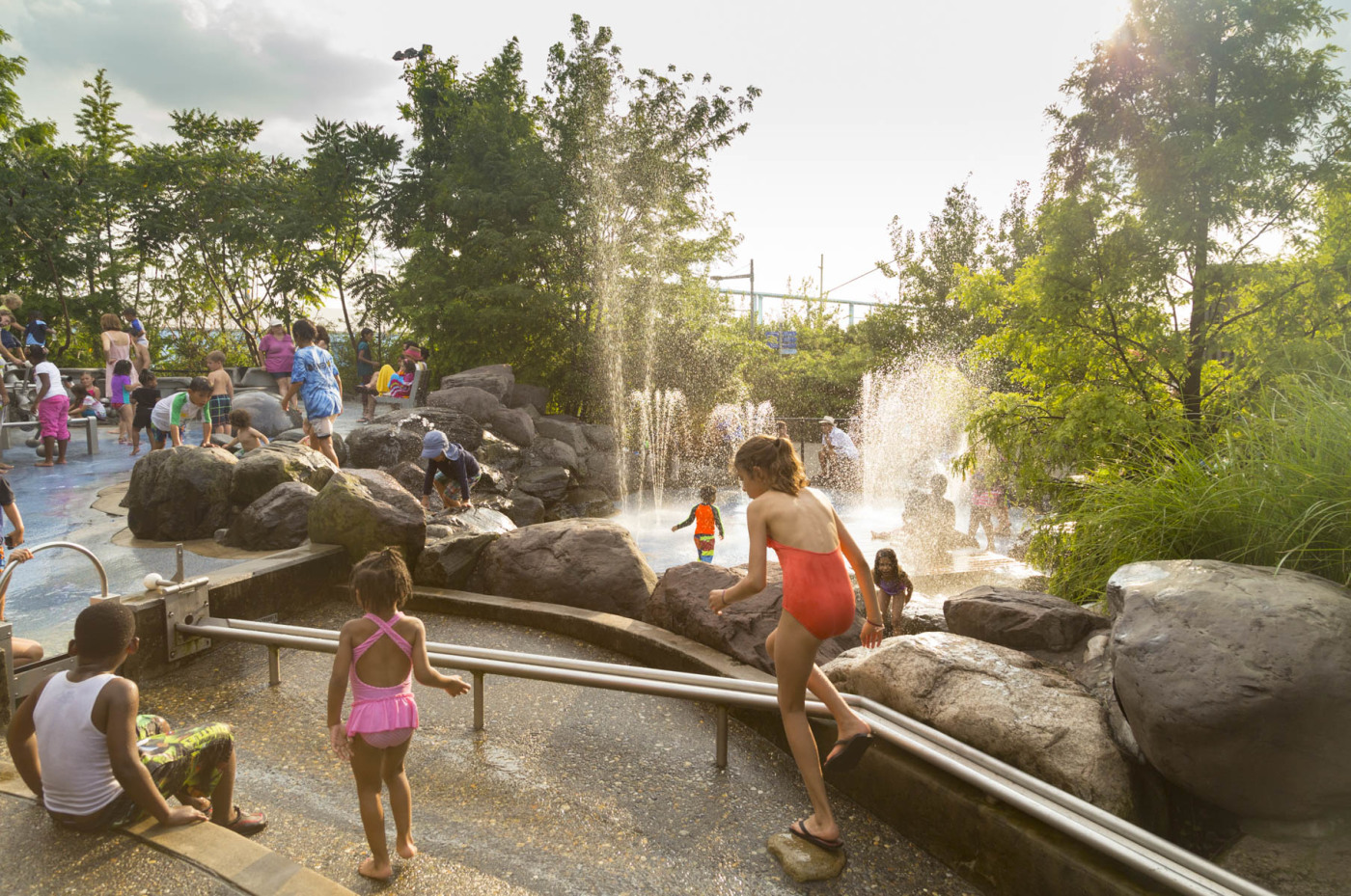 “Site access is critical. At Maggie Daley Park, one of the main focuses was finding better ways for the public to access the park. This required looking at transportation patterns on a neighborhood level and also at the site scale to understand where nearby residents were accessing the park on a regular basis.” – Bird

“There is a correlation between the issues of the proximity and accessibility. Do people have to drive and how far/long people are willing to drive before they find it too far. In NYC, the public transportation system allows people travel distances with the same amount of monetary investment so people may be more willing to go a bit further for that favorite park. But not everyone has a car or money to use public transport. Many of the solutions to these problems need to be addressed during the early planning stage much as provided access on all fronts on the site scale.” – Tominaga

“Proximity is everything. To be the icons that 21st century parks aim for, we must consider location. Adjacencies to density of residents, office workers and retail opportunities are essential for a park’s survival. A successful urban park is a part of your daily life, while also being considered a weekend destination for city inhabitants and visitors. These spaces are extensions of our interior environments and must be lived-in to be successful, with varied places to sit, stay and use for recreation.” – Russo

So the adage of location, location, location holds true with parks. However, location, doesn’t necessarily mean downtown. Location means insightfully planned spaces that have a direct relationship to the surround communities and the needs of those communities. As cities densify and grow, investments will be made to build the city park stock and as means for enticing new residents. 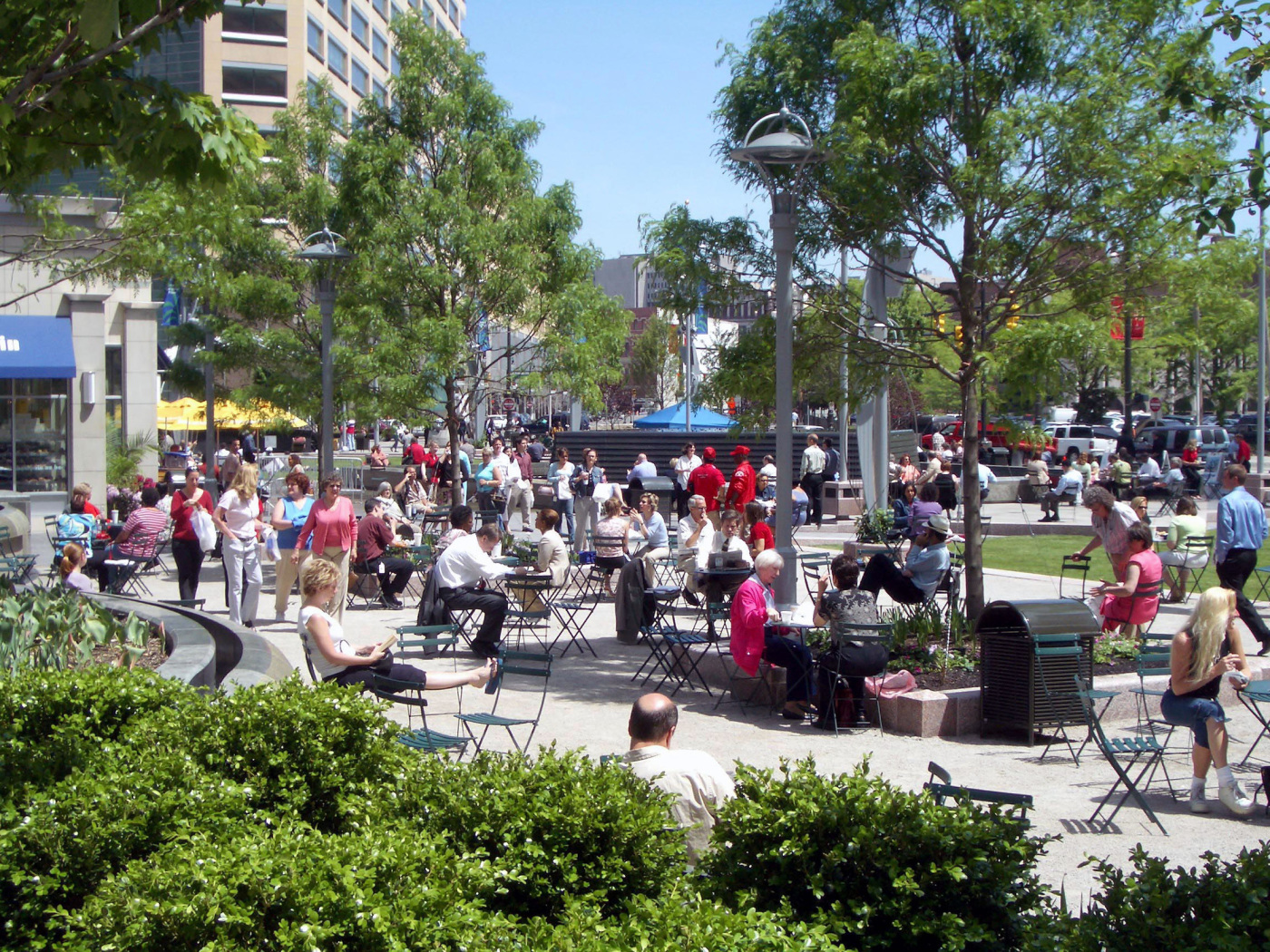 What, if any, benefits come from the combination of public/private investments?

“P3’s do provide financial resources, but nonprofits can also provide staff capacity, planning and research services, project management, and pre and post project evaluations beyond what the City could otherwise afford to do.  We can also help form foundations to help preserve a park’s legacy.” – Landoll

“There are efficiencies and innovations that come from public/private investments. These arrangements allow many projects to escape some of the bureaucracy that can weigh down publicly led projects which have strict rules of engagement and a standardized process. When outside entities can disrupt the normal design process and push for greater innovation, there can be a greater chance for creation of a unique space.” – Bird

When public dollars mix with private funds, the opportunity exists for abuse and the misalignment of public money from the public goals. While this is not often the case, it certainly garners the attention of the media. A quick search for controversial uses of public funds in parks will turn up several articles. Here are a few examples. 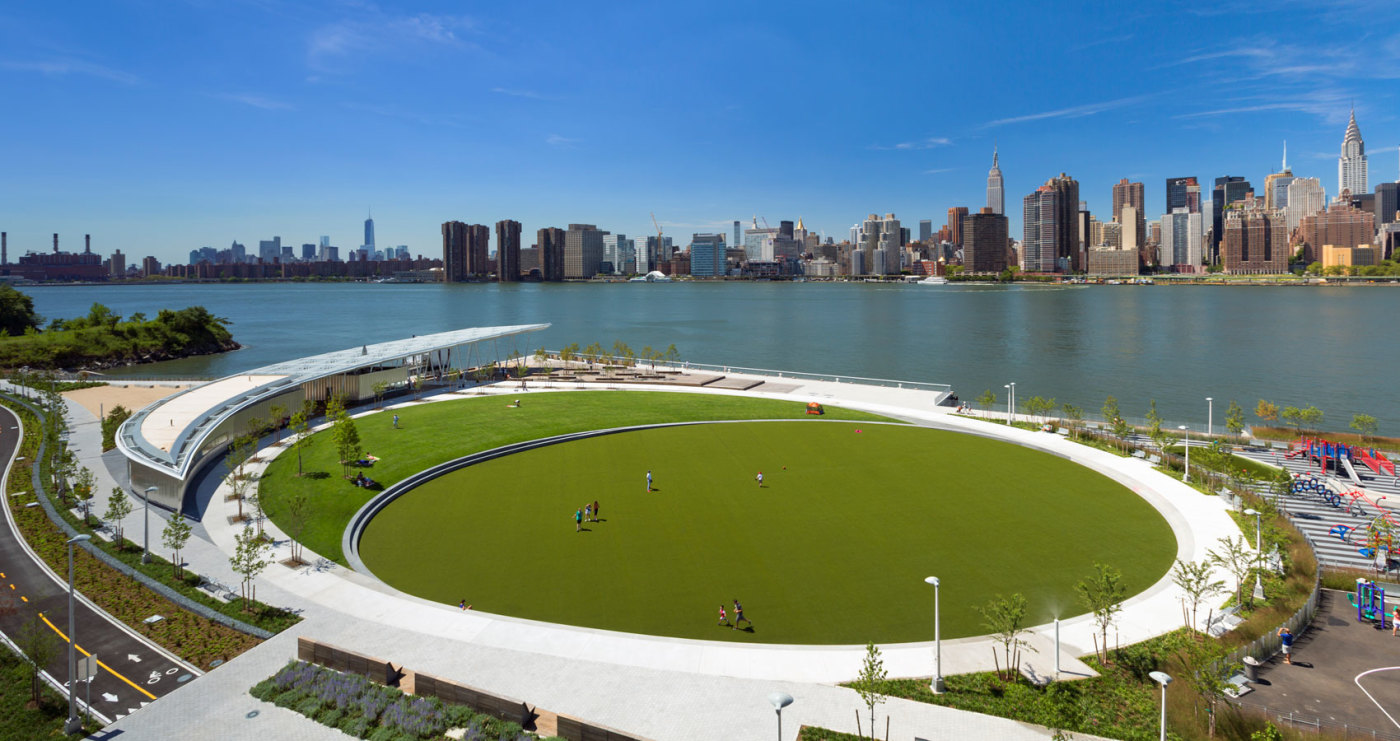 Are passive parks still relevant? What purpose do they serve today?

“In urban areas, these spaces are certainly still necessary. They may not seem as engaging as active public spaces, but they are often essential public spaces especially for aging populations.” – Bird

“Absolutely. People, as humans, have an intense desire to connect with nature. Whether natural or man-made, the experience of immersion in natural elements is something we all need in order to unplug from our hectic, technology driven lifestyles.” – Russo

“Of course. Not only do they often occur in environmentally sensitive areas, therefore provide protection of these resources (wetlands, streams, buffers, forests, etc.), our most disadvantaged communities are often seeking stress relief for their mental health as much as physical health opportunities. Additionally, air quality is a big concern for many urban communities and our youth are losing their connections to nature. The natural aspects of parks can provide relief for many of these challenges.” – Landoll

A panel at the 2016 ASLA Meeting in New Orleans (The Primacy of Programming: Is it Lowering the Value of Design?) brought up a point of contention that exists between some designers and organizations like PPS. With all investors looking for a high ROI, designers are constantly, subtly if not directly, pushed to inject a variety of programming into urban parks. We should be asking ourselves how to do this in a way appropriate to the with the other needs of the site and if that is always the primary goal. Having a good understanding of the dynamics and the effects of active and passive programming will help designers appropriately meet the various needs of the community. 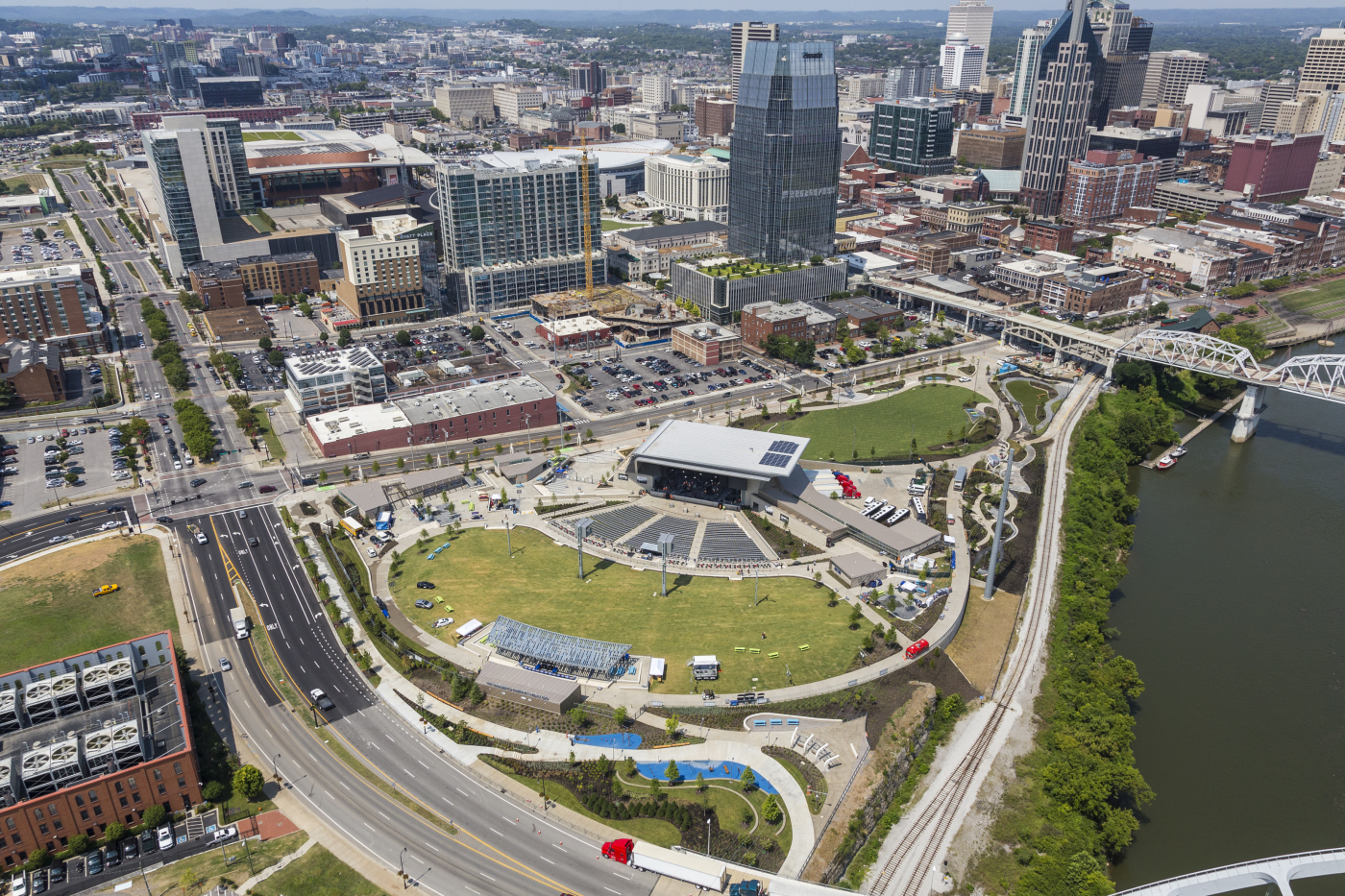 How does a park inject value into an urban area? Are they amenities or assets?

“They are assets. They provide increased revenue from increased property values, can increase tourism, and these two combined can impact the collective wealth of the citizens. The use of city parks can provide savings to citizens as well, as they don’t have to seek out recreation opportunities from the marketplace. Then there are health benefits that result in savings on healthcare and on city subsidized healthcare. They can store stormwater, reduce water pollution, and improve air quality.  They can reduce heat island effect, making areas more livable. I could go on and on.” – Landoll

“Parks create value. Consider the High Line in New York, perhaps one of the most notable right now. Its founders were trying to find a solution to an aging piece of infrastructure by creating a community amenity. What they did was lay the groundwork for a world-renowned park that has skyrocketed land values, and catalyzed development along its edges. In this best-case scenario, this amenity to residents has become an asset to the city, as well as an international tourist attraction.” – Russo

“In urban areas where space is at a premium, public parks are an asset both economically and sociologically. The highest profile developments around the country are often directly connected to a thriving public park which have proven to be engines of economic growth. And the spaces themselves serve as needed escapes for all people within a community.” – Tominaga

Organizations like the Landscape Architecture Foundation are making great strides in defining and validating the value that landscapes like urban parks bring to our cities. You can check out over one hundred case studies and dozens of tools on their website: www.landscapeperformance.org 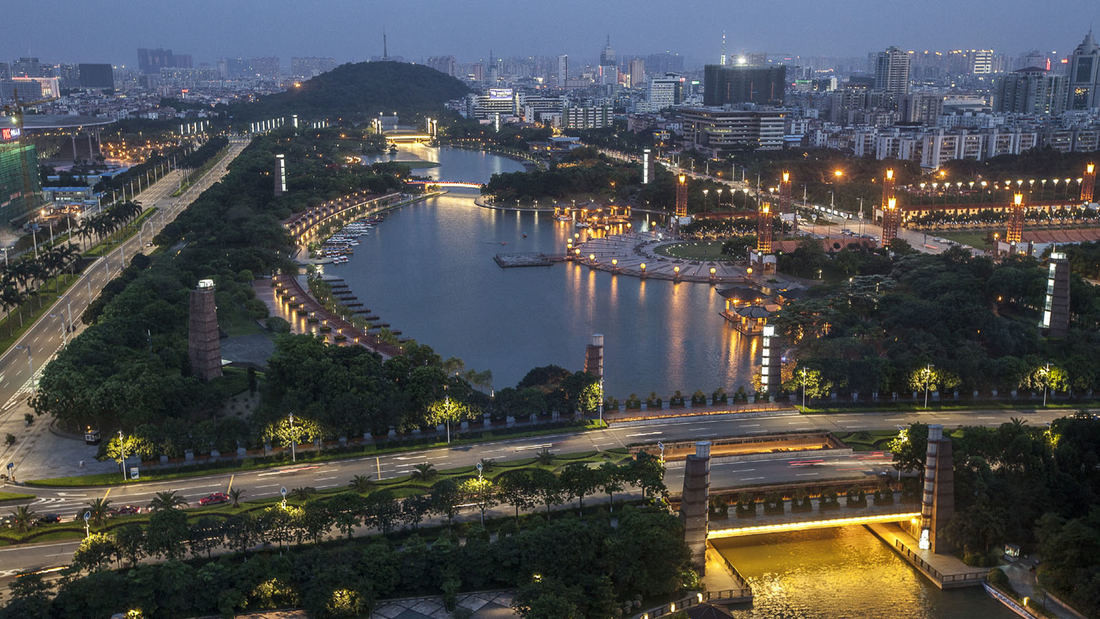 Is gentrification by way of urban park important, vague, meaningless, to be avoided, or unavoidable? Can parks provide social equity?

“Finding ways to better understand how parks impact gentrification is one of the most important topics in the field I believe. Just as environmental issues have come to the forefront of the design world, social justice reforms will also play a big role in how the field changes in the near future.” – Bird

“Gentrification is unavoidable to a certain extent. Public housing programs help maintain existing communities to thrive but is often an uphill battle. If you look at any large successful park, it is surrounded by some of the most expensive real estate whether residential or commercial. However, a successful park will maintain sensitivities to existing communities and remain inclusive. It is often that public and private investment has brought some of the most successful parks to fruition and return on investment is expected.” – Tominaga

“Gentrification from parks can definitely happen, but do poor people not deserve good parks? Again, I go back to neighborhood and city planning and working with other service providers from the start to understand and mitigate potential impacts. Can parks provide social equity? Everyone deserves access to a good park, so cities can help improve social equity by providing equal access and opportunity through strategic investment.  Within the park itself, they can break down social barriers.” – Landoll

Gentrification has been a trending topic over the past decade, but is by no means a new topic. Social reform and the restructuring of the classes has always impacted our cities and mixed the politics of parks. We can look back to historic examples like Seneca Village, the once run-down community found on what is now known as Central Park. Even modern urban values push out those with less power and privilege. Our national Olympic venue models do this year after year. Here are some articles where you can explore gentrification further. 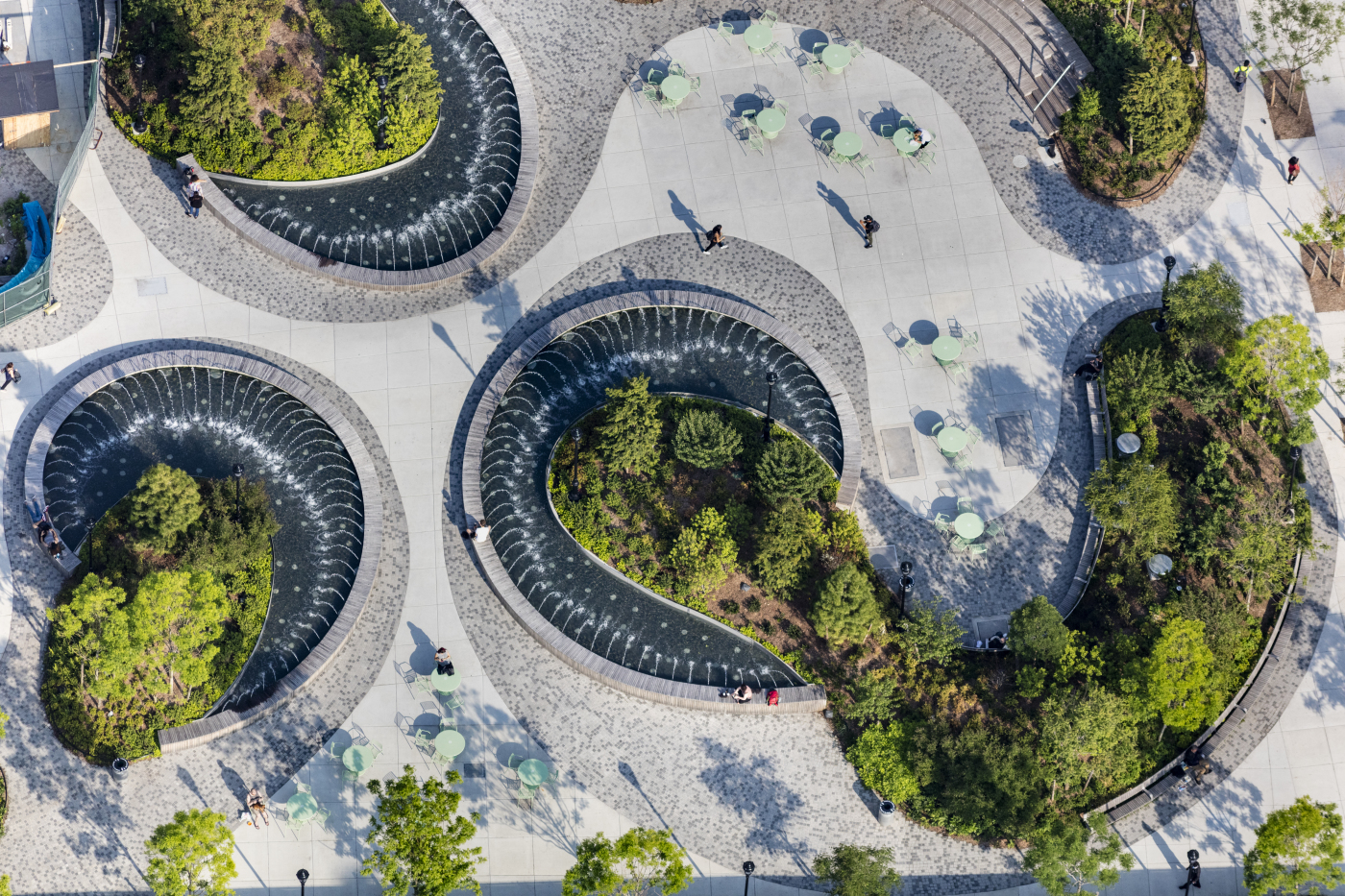 “They should be. They often aren’t designed that way.” – Landoll

“Society is reflective in the built environment. The greatest symbol of a free and open society is a communal space that it shared for and cared for by all. These urban spaces are where the different classes, age groups, genders, and races collide on a daily basis as we live out our lives together. Our urban spaces, particularly parks, where people relax and unwind in cities are the great melting pots of shared space. These are the places where we really experience community and neighborhood. These spaces are essential to city life, our shared living rooms, so to speak. Everyone should have access to such a place.” – Russo

“Not only are parks social infrastructure, but they should be considered physical infrastructure of the city as well. Often a park can be considered less important than the highly engineered ‘infrastructure’ project, but parks have historically been shown to be key pieces of a city’s fabric. Especially as density in cities increases and environmental challenges are more present, having established parks available for use by citizens as well as playing a role in environmental remediation will lead to more successful urban space.” – Bird

*A special thank you to each of the professionals who took the time to share their thoughts and years of experience with our audience. Your valued input and insight pushes the envelope of design, public engagement, and healthy cities. Thank you.

If you are looking to explore urban parks more, we suggest you visit the following parks in person or on the web: