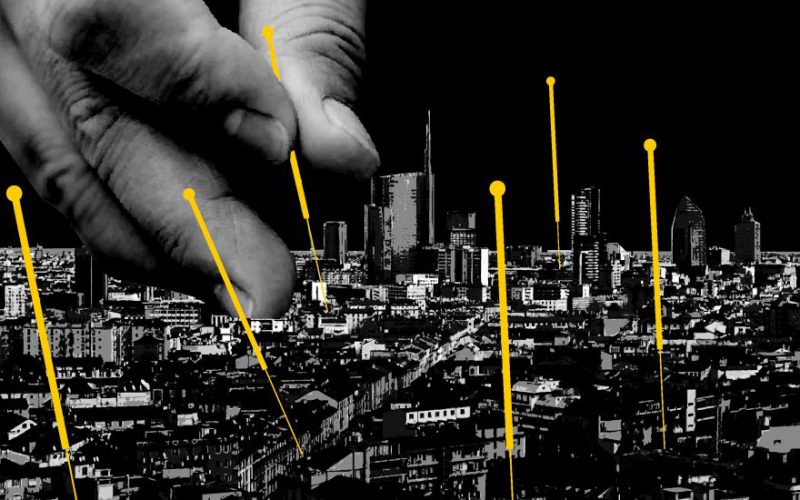 The phrase ‘urban acupuncture’ was first coined by the Spanish architect and city planner Manuel de Solà, and was later popularised by Finnish architect Marco Casagrande. Key to the theory is understanding the city as a holistic whole, more like a living being than a collection of dissident phenomena. Urban acupuncture theory proposes that problems within the city can be alleviated through small interventions at specific localised sites. Sites are selected through an integrated approach of data gathering, community involvement, and site analysis. Once selected, interventions are designed and implemented to enable greater impacts on the surrounding areas and wider afield throughout the city. One common misapprehension about urban acupuncture is that sites and interventions must always be small. Tiago Olivera of Arup argues that one of the most important features of urban acupuncture is that the intervention should be swift. Quick to implement, and quick to alleviate the stresses on the city. Another important feature of urban acupuncture is that it should follow a ‘bottom-up’ approach. Many larger-scale interventions take a long time to implement, take up vast swathes of land, and cost great sums. Often local residents can feel that these grand plans are forced upon them. The opposition to the proposed garden bridge in London by Heatherwick Studios demonstrates the level of hostility a top-down approach to planning can bring.

Pocket parks are small-scale parks or gardens that provide green space for local residents, close to where they live or work. Key features of pocket parks include their small scale, community focus, and location (check out Land8’s 7 Top Pocket Parks: Small Spaces With a Huge Impact for examples). Location is of the utmost importance to the success of pocket parks. Ideally, residents shouldn’t have to walk more than 5-10 minutes to reach their nearest pocket park. They should also be located at nodal spaces, where local public transport links, roads, footpaths and greenways, and local services such as shops come together. 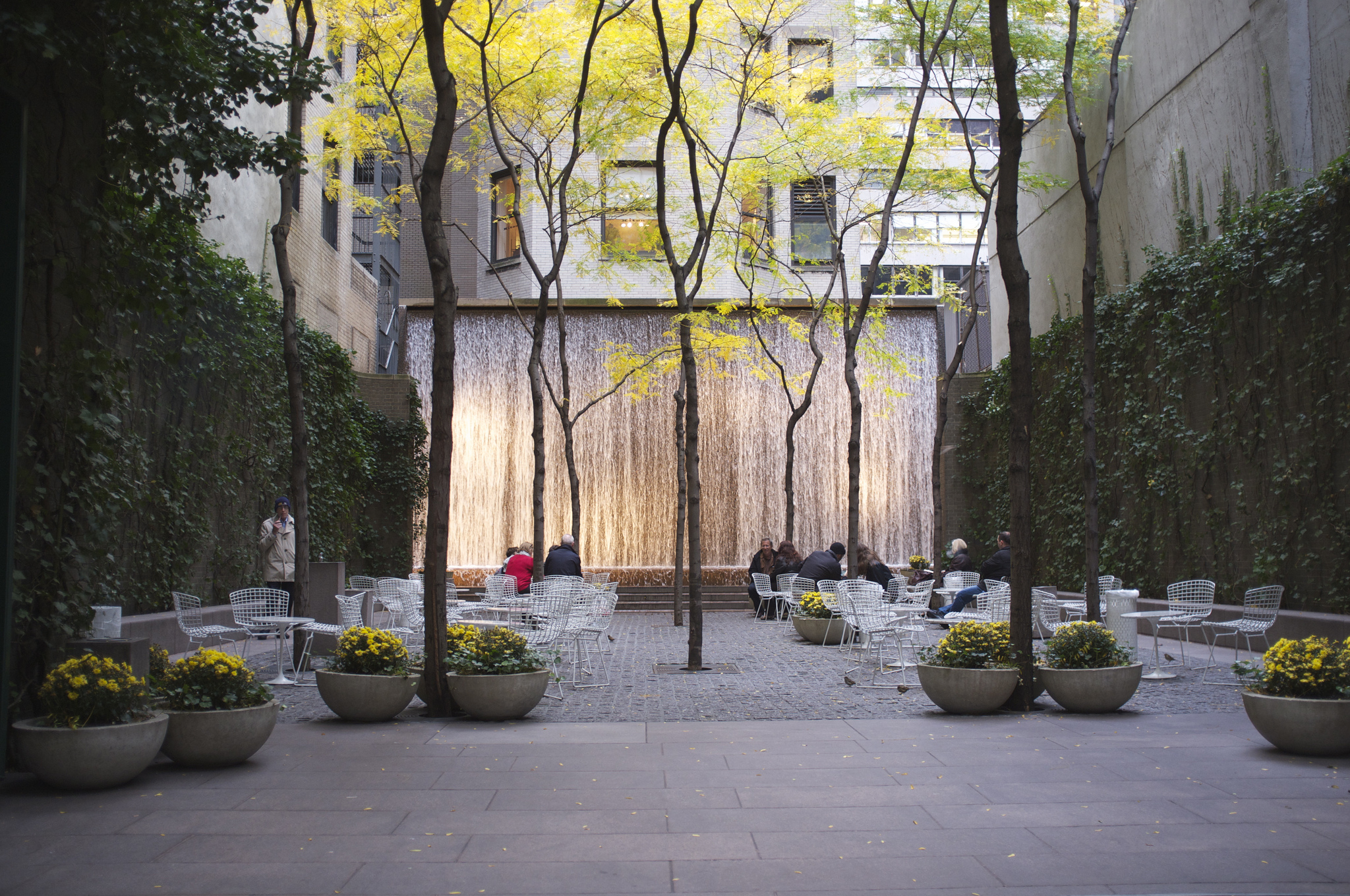 Pocket parks offer opportunities for urban acupuncture due to their scale and relatively low installation costs. Providing large green recreational spaces can be expensive for a local authority. However, pocket parks that utilize derelict land can cost as little $150,000. There are often a number of funding bodies that can help a local community realize a pocket park.

The greening of derelict land can have impressive results for the social and cultural well-being of residents. Research from the University of Pennsylvania revealed that when vacant plots were greened, residents in low-income neighbourhoods reported “significant decreases” in feelings of depression, and lower cholesterol levels. The study even noted a significant reduction in gun crime in the area surrounding the interventions. In these cases, the interventions were minimal, often just cleaning up the lot and laying it to grass at an average cost of $1,500.

Sitting on an empty lot in central Taipei, Cicada by Casagrande Laboratory is an urban acupuncture intervention that comprises a grassy open space with a woven bamboo cocoon measuring 34 meters (112 feet) long. The intervention intends to create a conversation between modern man, the city of Taipei, and the reality of nature. Although the intervention ticks the boxes of being small and locally focused, the real key to the success of interventions such as this is the fluidity of the program. The site and structure can be used for a number of community activities, most notably as a lounge for the local university students.

There have been several studies suggesting that the implementation of pocket parks has positive effects on property values. For example, one 1973 study noted that properties immediately facing a park had on average a 23% greater value than that one block away. More recent studies point to the importance of the quality of the park in increasing property value.

One possible criticism of using pocket parks as urban acupuncture could be that the urban regeneration it fosters can contribute to gentrification. Gentrification is the term used to describe the displacement of low-income residents by those of higher income. With an increase in property values comes an increase in rents. This is often associated with urban regeneration, or where previously affordable, but less desirable areas become more fashionable. This has been evidenced in areas of Manhattan facing the High Line. 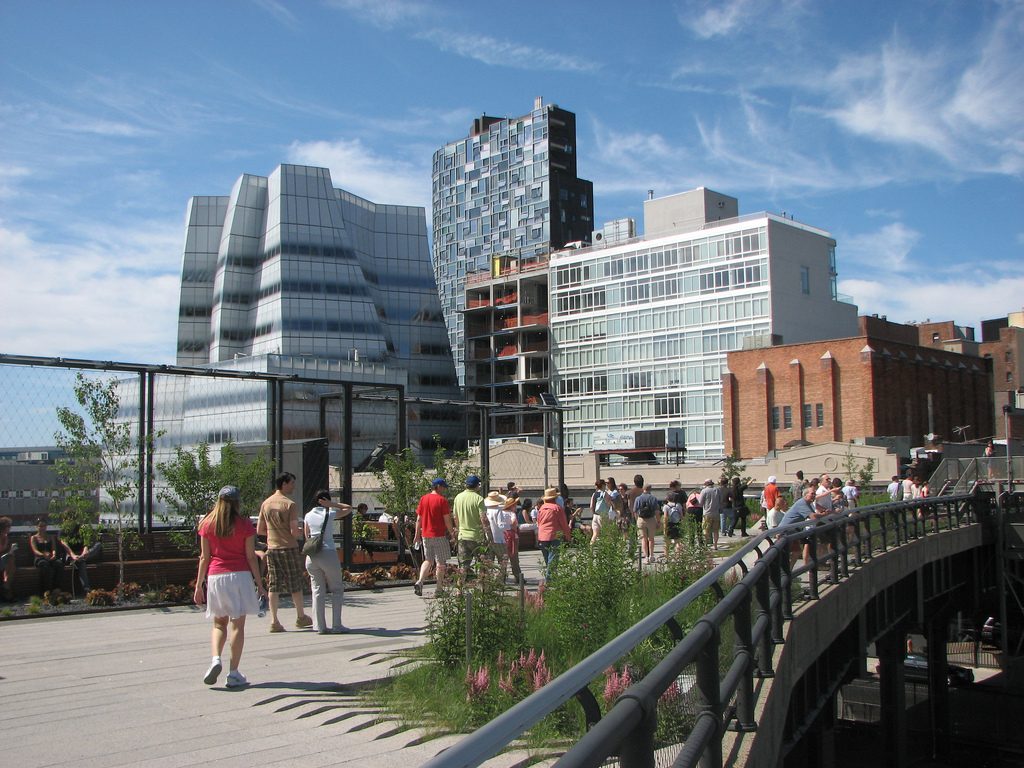 Pocket parks are an ideal tool to consider in urban acupuncture. Quick and cheap to implement, they can have positive effects on the health and well-being of the local residents, encourage entrepreneurship through pop-up shops and services, and have positive effects on property values. Key to their success seems to be in the careful consideration of their placement and use, and a community participatory ‘bottom-up’ approach. This is one of the tenets of good urban acupuncture. It seems successful projects are not the headline-grabbing big scale or expensive projects, but the small-scale, quick to implement, projects of low cost but high value.