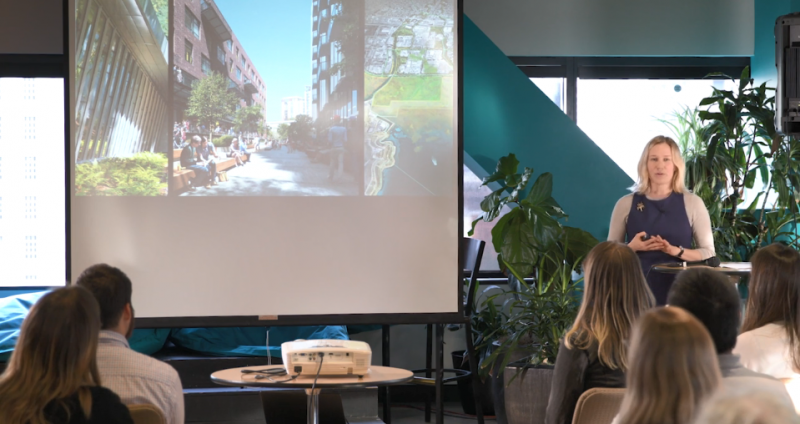 As landscape architects, we often find ourselves trying to tame nature into a designed form. What if, instead of working against natural systems, we invited them into our work, allowing our built work to be shaped by nature? What if, instead of considering our projects to be “complete” the day they are installed, we allow our projects to be more experimental? During the Land8x8 Lightning Talks in Seattle, Dorothy Faris, Principal at Mithun, pondered these type of questions – instead of working against nature, shaping it to a form of our own design, perhaps we should let nature take part in the design process.

With a background in ceramics and art history, Faris was attracted to landscape architecture as an art form – one that sculpts the land and forms our built environment. Similar to an artist, landscape architects know their materials intimately, and test them to create structure and evoke feeling. The material palette of a landscape architect is, however, much different than that of a painter or sculptor. Beyond furnishings and finishes, landscape architects must also consider the forces and flows of nature. This mindset has allowed Faris to approach her work differently – understanding that design is experimental, as there are elements that are completely out of our control.

“Designing with nature is a practice we’ve employed for generations, but allowing design to live and breathe is something the profession might make more room for.” – Dorothy Faris

During her presentation, Faris shared her admiration for ceramic sculptor Robert Sperry. One of ceramic’s great innovators, Sperry had a unique reverence for the materials he worked with, accepting that his control over the end product was limited, and in many ways was out of his hands. As Faris explained it, Sperry was willing to allow “elements of chance” to occur. Comparing her work and the work of her colleagues at Mithun to that of Sperry, Faris asked: “Where is the element of chance in our work? Are we allowing for an outcome we cannot completely predict?” 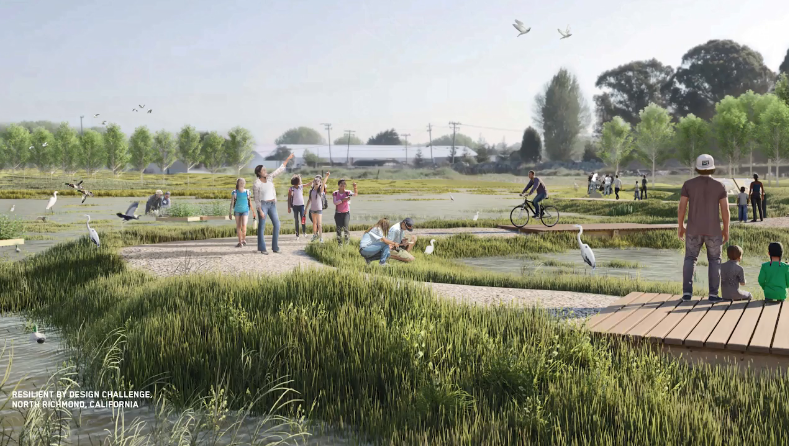 As she considered how her projects responded to the dictated program or challenges of the site, Faris wrestled with the temperance of her work. While we may like to believe that our projects are to remain true to their original vision, the reality is that our work is constantly evolving. Unlike a painting, our work is not stagnant. Designed spaces are reshaped by the many hands that touch it, and the communities that make it their own. Similar to Sperry’s pottery in the kiln, we may be better off letting go, embracing landscape design as an evolving system.

So, let’s consider allowing the spaces that we create to be molded into an entirely different new landscape. Like Faris, we may find a certain beauty to the evolution.

—
This video was filmed on June 7, 2018 in Seattle, WA as part of the Land8x8 Lightning Talks sponsored by Anova Furnishings.