With climate change being an increasingly hot topic, we give an overview of some startling facts on the subject today.  Climate has always changed and it always will. But in the past few decades, the climate has changed quickly, making it less predictable and leaving humans less able to adapt. There are many reasons for this climate change behavior, from natural factors such as the sun’s energy output to human activities that increase the release of gases into the air, contributing to the greenhouse effect. Some say climate change is just another Internet hoax or a political invention. Others believe it is really happening right now and that it will become even worse over time. What are the scientific facts?

1. There is More Carbon Dioxide in the Atmosphere Today Than at Any Point in the Last 800,000 Years

According to NASA, in the 650,000 years before 1950, the carbon dioxide level in the atmosphere had never been above around 300ppm. Today, it’s around 400ppm. This evidence is based on a comparison of atmospheric samples contained in ice cores and more recent direct measurements. Human activities are suspected to be the cause of this boom in carbon dioxide, and it will surely get worse if we don’t stop polluting our environment. 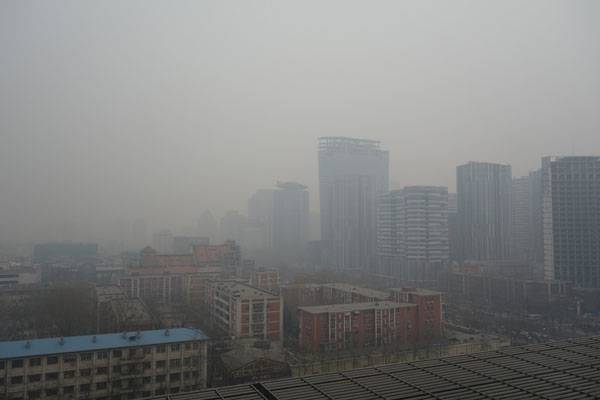 Are people the leading cause of rising carbon dioxide levels? – Image: “Beijing Air Pollution…” by Kentaro IEMOTO. Licensed under CC BY-SA 2.0 via Flickr

Yes, it’s really a simple fact: Trees provide good carbon storage. They offer us a simple way to remove carbon dioxide from the atmosphere. Trees — and other green plants — use photosynthesis to convert carbon dioxide into sugar, cellulose, and other carbon-containing carbohydrates that they use for food and growth. The ability to absorb carbon varies with species, climate, and site, but in general, younger and faster-growing forests have higher carbon-absorption ability. So remember, the next time you design a project site, keep in mind that using trees, bushes, herbs, and any other softscapes can really help to keep our Earth cool. 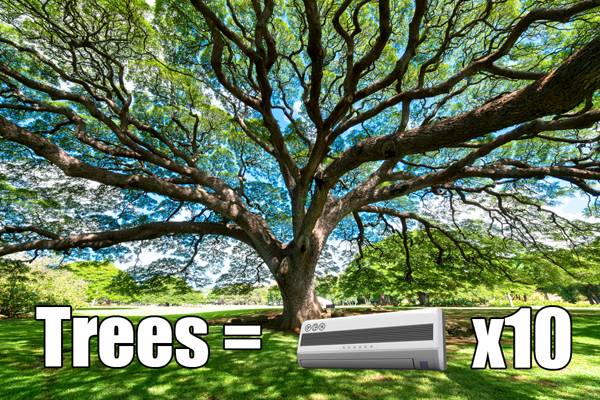 Fact #5 in our article “8 Amazing Facts About Trees That You Didn’t Know” – Trees increase value and save money; image credit: shutterstock.com, modification by SDR

3. Around 15 Percent of the Carbon Released into the Environment is Due to Deforestation and Land-Use Change

Following the fact that trees provide carbon storage, it goes without saying that land-use changes and deforestation have an impact on climate change. They contribute about 15 percent of the carbon released into the environment. Deforestation often occurs when humans change how they use land, turning forests into farms, settlements, and livestock pastures. Land — especially forested land — is a limited and valuable natural resource. Sustainable uses of this resource can be achieved through comprehensive land-use planning and policy in which landscape architects are involved. Through well-planned land use, we can protect and establish more forests by optimizing land resources’ potential benefits and preventing land-use failure.

WATCH: The REAL cause of climate change: deforestation

4. Buildings Are Responsible for One-Third of Global Greenhouse Gas Emissions

According to the United Nations Environment Programme, buildings account for one-third of global greenhouse gas emissions and also are responsible for 40 percent of global energy used. The emissions from buildings and construction sectors are mainly non-CO2 greenhouse gas emissions such as halocarbons, CFC (chlorofluorocarbon), and HCFC (hydrochlorofluorocarbon) due to the use of cooling systems, refrigeration, and insulation (in the case of HCFC). In order to reduce the emissions from buildings and the construction sector, we must turn to the green building movement and sustainable building initiatives. Many technologies, such as green roof and green wall construction, are becoming trendy in the building and construction industry in response to climate change issues. Related Articles: 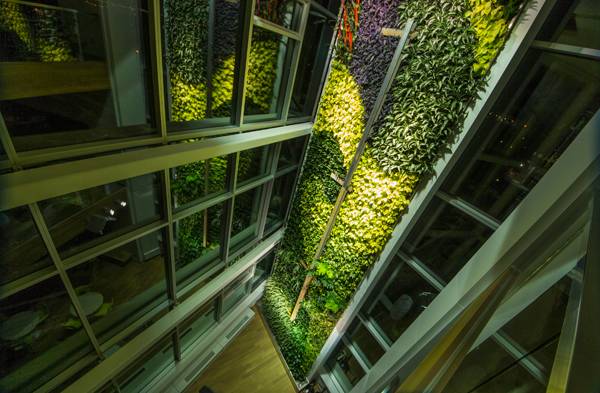 While cities cover less than two percent of the Earth’s surface, more people live in crowded urban areas rather than in suburban and rural spaces. For example, in the United States, more than 80 percent of the population lives in urban areas — not to mention that most of the vital economic and social infrastructure, government facilities, and assets are also located in cities, making them extremely sensitive and vulnerable to natural disasters. 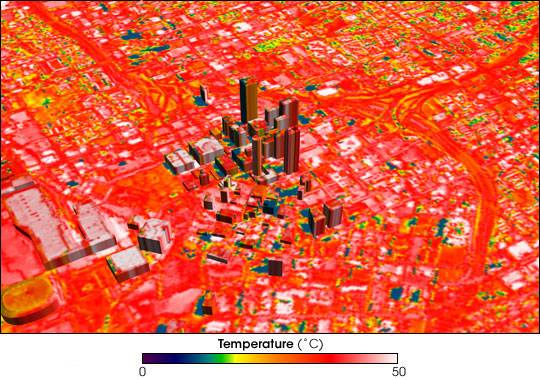 Millions of people in urban areas all over the world will most likely be affected by the impacts of climate change, such as rising sea levels, increased precipitation, inland floods, and more extreme cyclones and storms. These threats are even worse in coastal cities. In order to respond to climate change, urban areas need to be well planned, designed, and managed with a view to the natural environment and the pattern of climate change variability to create more responsive and sustainable cities.

6. A Gallon of Gasoline is Equal to 19 Pounds of Carbon Dioxide in the Atmosphere

According to the U.S. Environmental Protection Agency, burning a gallon of gasoline is equal to putting 19.4 pounds (or 8.8 kilograms) of carbon dioxide into the atmosphere. This number is an average; the real emission amount from our cars varies, depending on many factors, so it could be a little less or a little more. Imagine the numbers of cars in big cities with serious traffic issues. Imagine how many gallons of gasoline are spent each hour, each day, each year. According to statistics, a big city such as New York is likely to have more than 9 million cars registered. Take that number and multiply it by the number of miles driven each day and the required gasoline — that’s huge! And now imagine this big city suddenly turning its streets full of cars into bike lanes and pedestrian-friendly avenues — imagine how much emission could be reduced. It is the landscape architect’s role to design cities creatively to slow the rate of climate change.

7. The Sahara is Going Green Due to Climate Change?

Hotter temperatures, severe drought — that’s how people look at climate change issues in Africa. They believe arid desert lands that already lack water will become hotter and drier due to global warming. But evidence says otherwise. According to National Geographic, scientists are now seeing signs that the Sahara desert and surrounding regions are greening due to increasing rainfall. The rains could revitalize drought-ravaged regions, reclaiming them for farming communities. This desert-shrinking trend is supported by climate models that predict a return to conditions that turned the Sahara into a lush savannah some 12,000 years ago.

According to the United Nations’ Food and Agriculture Organization, climate change will also have a serious impact on the global food supply. High population growth and rising income levels will undoubtedly mean a rapid increase in global demand for agricultural commodities, especially food (including feed for livestock). As we all know, agricultural practices depend on local weather conditions; they are very sensitive to climate change. This problem could become very serious, not to mention that nutrition value and health issues on agricultural products are also impacted by the extreme climate change. 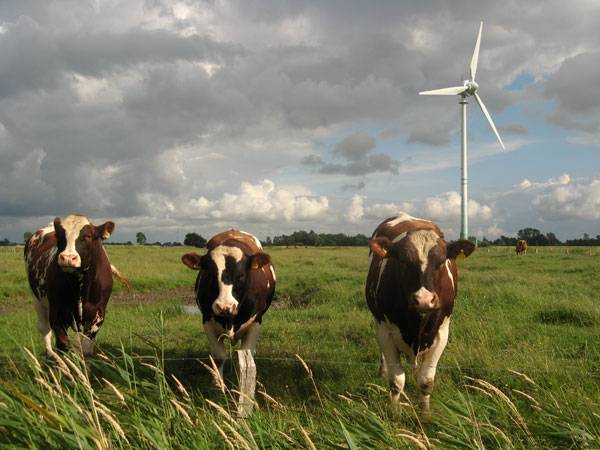 According to NASA, global sea levels have risen up to 17 centimeters (6.7 inches) in the last century. Sea-level rise can be caused by two factors related to global warming — the added water from melting land ice and the expansion of seawater volume caused by rising temperatures. This evidence clearly shows that big cities in coastal areas all over the world would be vulnerable to the impact of climate change, whether through floods caused by rising water levels or from heavy rains and typhoons caused by extreme climatic activities.

Carbon dioxide emitted into the atmosphere by human activities is being absorbed into the ocean. The numbers are huge; the carbon emission absorbed by the upper layer of the ocean is increasing by about 2 billion tons per year. Absorbed carbon is then causing a chemical reaction that reduces seawater pH, making it more acidic. According to NASA, this has made the ocean about 30 percent more acidic since the beginning of the Industrial Revolution. This acidification threatens the marine ecosystem. Even worse, it could lead to the extinction of several marine species.

– It doesn’t matter whether you are a believer or if you are skeptical about climate change and its effect on the future. Climate change is happening, right here and right now; like it or not, the evidence is out there. But it’s not too late to prevent this climate change from getting worse. Lots of things can be done to help keep our Earth healthy. Technologies such as green roofs and green walls, energy-saving habits, water-saving initiatives, and many other sustainable activities can be easily done in our daily lives. The question is, will you? Article by Harkyo Hutri Baskoro Recommended Reading: