Article by Farah Afza Jurekh – Thanks to our partners at ZinCo, we have a been able to build on their knowledge of green roofs to build a list that looks at the ecological benefits of green roofs . The term “heat island effect” is widely being used when it comes to urban areas. Among many other leading factors, traditional roofing material is one of the factors contributing to the heat island effect. So what the traditional roofing materials basically do? The traditional roofing materials absorb the sun’s radiation rather than reflecting it. This raises the temperature of the surface faster than the surrounding air temperature and hence, the overall ambient temperature soars. To contribute to the reduction of these problems, the use of eco-friendly, green roofs has emerged worldwide. Green roofs change our perception about roofs. Roofs are no longer considered just as components to cover the buildings. Rather, nowadays, the green roofs form an integral part of the building structure, sometimes dictating the formal languages of the buildings. This adds a new dimension to contemporary architecture. 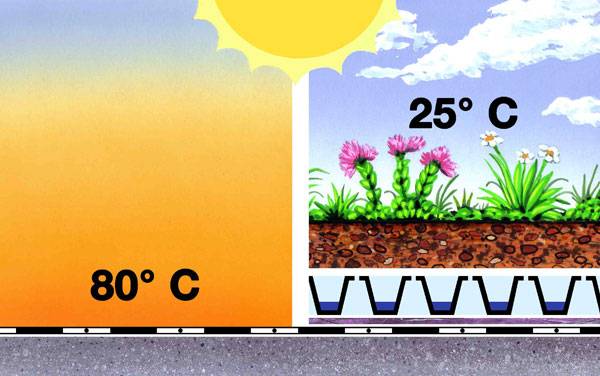 With the added functional value, green roofs prove to be one of the best choices in urban areas. Green roofs are offering us a new horizon of opportunities to provide spaces which can counteract the loss of natural living spaces. 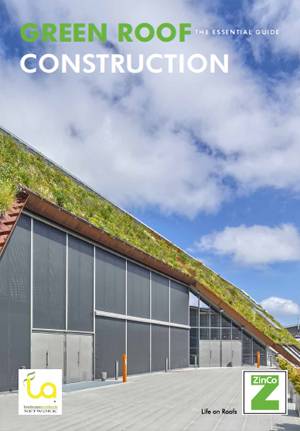 Get Green Roof Construction: The Essential Guide, by signing up to our VIP Club HERE!

Nature, which is gradually being replaced by paved and concrete structures, with native habitats being destroyed rapidly, are compensated for by the design of landscaping in roofs. Green roofs now act as a place for social interaction in residential and commercial buildings and as components to mitigate the urban heat island effects. Other than involving us socially to indulge in the beauty of nature, the green roofs have a wide range of benefits. In this article, we will go through six of the ecological benefits of having green roofs.

Green roofs can help with controlling the storm water runoff which is major problem in many cities. They have the ability to retain water at a rate of 50-90% depending on the design of the roofs. Pipes and drains can easily be incorporated into green roofs. As rain water falls on the roofs, a portion of it evaporates while the other portion is gradually drained through the pipes and drains. Thus reducing the pressures on the street drainage system and helping with storm water management. 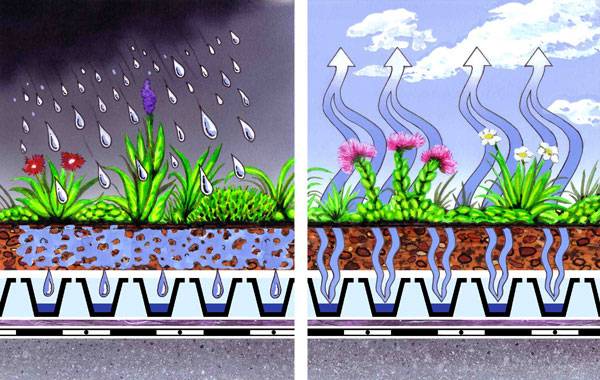 As rain water evaporates, it humidifies the air above it, making the air cooler. This reduces the ambient temperature of the air above rooftops, improving the microclimate. Since the rooftop becomes cooler, the efficiencies of the building’s AC units are improved. This is particularly economic in office/commercial areas, reducing the huge loads on electricity which the commercial areas need to bear, and cutting their expenses. Apart from cutting the expenses, the improvement in microclimate ensures comfort zones to the users residing under the roof. 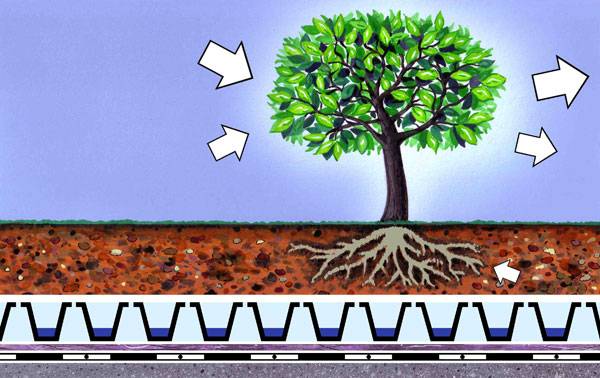 Air pollution is a common phenomenon in all major cities. Green roofs can play a vital role in filtering the air pollutants, improving the quality of air. When the air flows, the foliar surface of green roof reduces the speed of air flowing above it. This filters 10-20% of dust particles from the air, thus, helping to purify the air. Apart from that, while rain water percolates into a several-layered green roof, nitrates are filtered from the rainwater, improving the quality of the storm water. 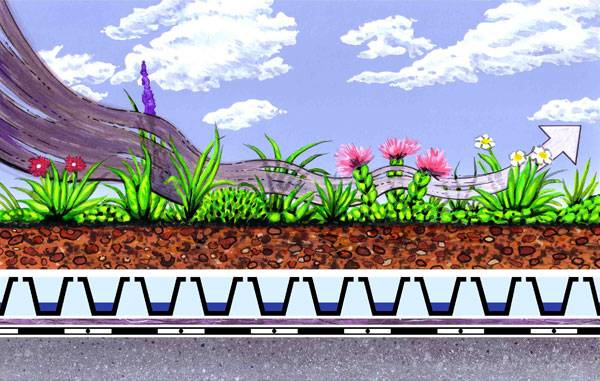 The green roofs can be of great advantage when it comes to noise pollution. Urban areas are mostly subjected to sources of loud sounds and noises particularly because of buildings being located under flight paths, adjacent to night clubs, markets, malls, and fairs and so on. Green roofs, which have the capability to reflect sounds by 3dB and improve soundproofing of a roof by 8dB, protect us from noise pollution. 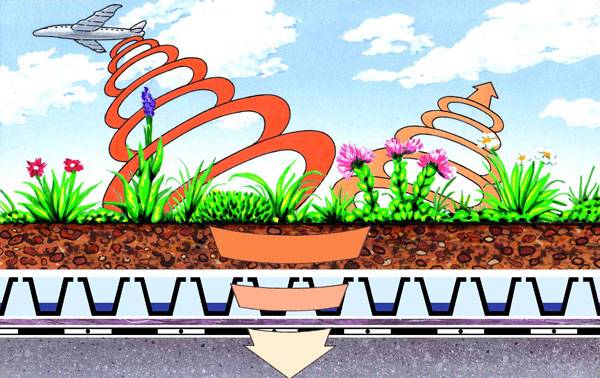 The foliar surfaces of green roofs allow designers to offer the users the experience of being closer to nature. The roof surfaces give the opportunities to the landscape architects and designers to think responsibly and show their concerns about the extinction of species in nature. If carefully designed and thought about sensitively, extensive landscaping on green roofs offer wonderful opportunities to restore the destruction of native species and their dependent habitats. These green areas can, as well, act as breathing spaces for the users in the busy city life. 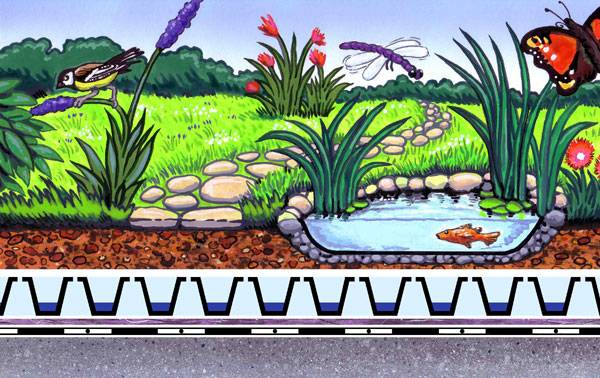 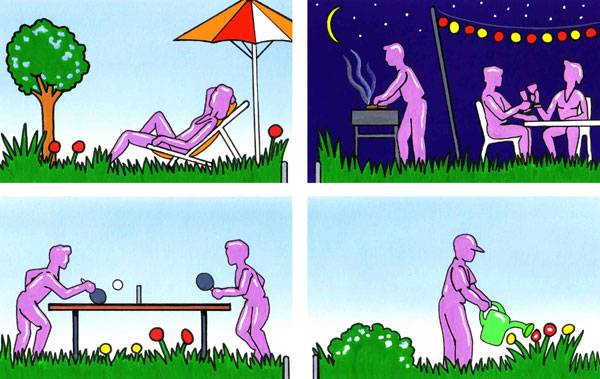 To download our eBook on Green Roof Construction join the Landscape Architects Network VIP Club by clicking HERE! Article by Farah Afza Jurekh This article was adapted from The EcologicalBeneigts of a Green Roof, as seen on the ZinCo website.