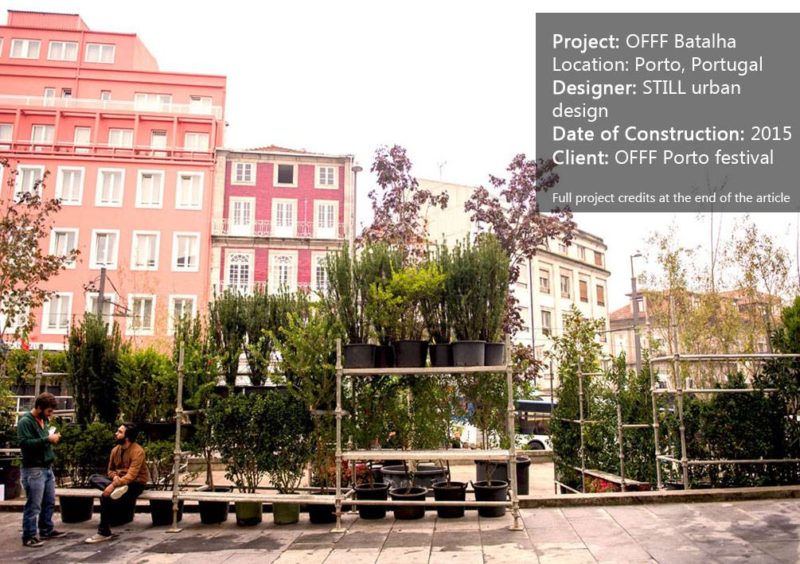 Article by Lidija Šuster – A review of OFFF Batalha, by STILL urban design, in Porto, Portugal. Festivals come in all shapes and sizes, and are designed for celebrating all sorts of arts, foods, drinks, religions, and seasons. No matter how many people can be gathered at a festival and what the theme may be, they all have one important thing in common – a social role. The majority of people like to be part of cultural events, and landscape architects are there to help provide attractive, comfortable, and functional places to hold events that will fulfill the need for socialization. STILL urban design had the privilege to design the space for the OFFF Porto festival, which was held on the 23rd and 24th of October, 2015, at Batalha Cinema. This project has a specific nature, mainly because of its temporary role of emphasizing the important event. But there is more behind it than a mere announcement. Scratching below the surface will give us a peek into the core of this small yet meaningful project. By unfolding the layers of the OFFF Batalha concept, we take you all the way to Portugal, to see how the designers managed to fit their vision into such specific conditions. 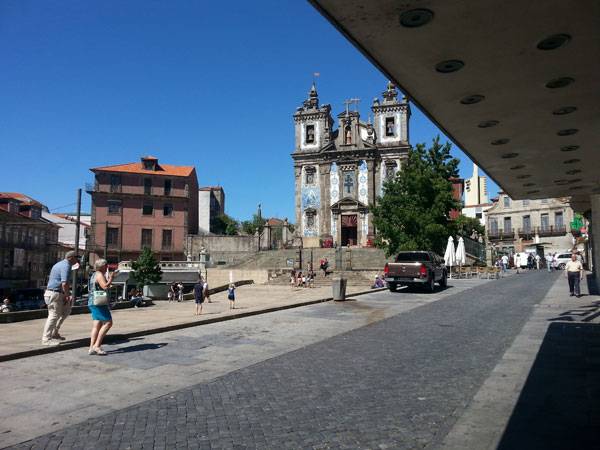 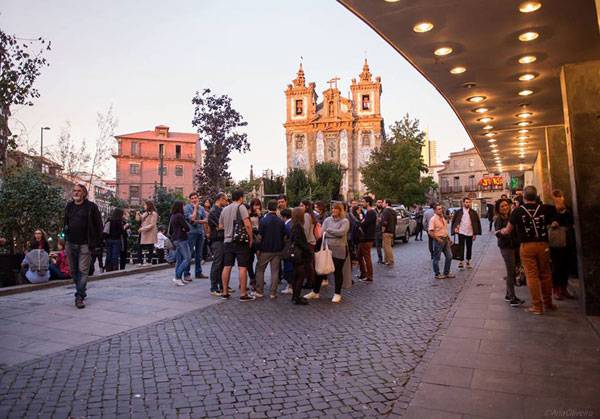 Concretely, the OFFF festival is an international festival which is about creativity, innovation and contemporary creation. Perfect place for artistic souls, don’t you think? In 2015, Porto’s Batalha Cinema was chosen for the celebration of its 15th anniversary. What this festival offers are various conferences, workshops, the possibility of meeting the artists of our time, and many other activities that trigger the spark of inspiration and creativity. For people who seek this kind of energy and knowledge, an event like this is a must-attend. 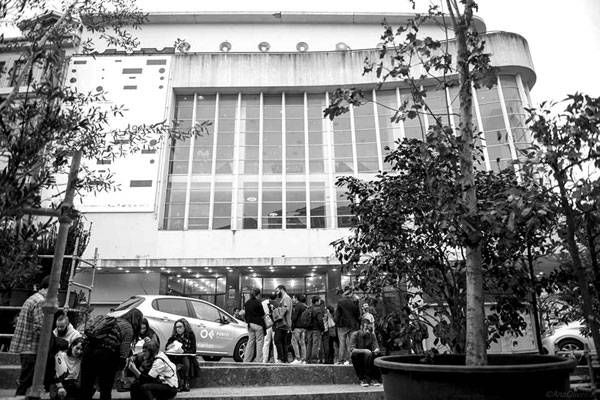 People in front of the Batalha Cinema during the OFFF Festival. Photo Credit: Ana Oliveira

When some important event is held indoors, it’s necessary to accentuate its manifestation outdoors. With the aid of landscape architecture skills, any happening can be highlighted, and that will almost always attract more visitors. STILL urban design skillfully announced this artistic festival, while offering a perfect place for the social interaction between OFFF Porto participants and the citizens of Porto. 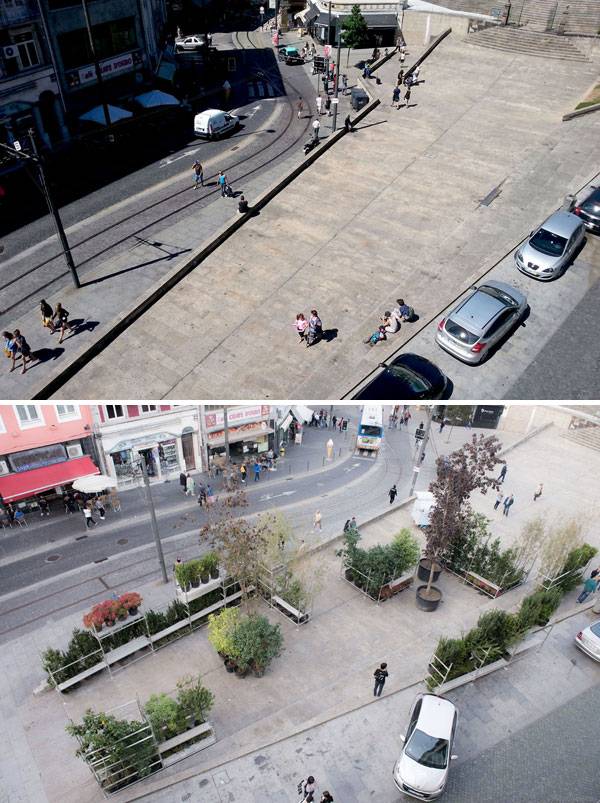 Creating an ephemeral space isn’t easy and requires good organization. The area around Batalha Cinema is highly trafficked, with a large number of cars and buses, together with pedestrians. The best way to deal with the combination of ephemerality and increased traffic is to install a construction. Constructions are easily movable, and more or less easy to put together. Maybe your first thought might be that some metal structure could not be very attractive, but there is always a solution. Combining metallic structures with plants sounds much better, right? What the designers did here is exactly that combination, but with a deeper meaning. 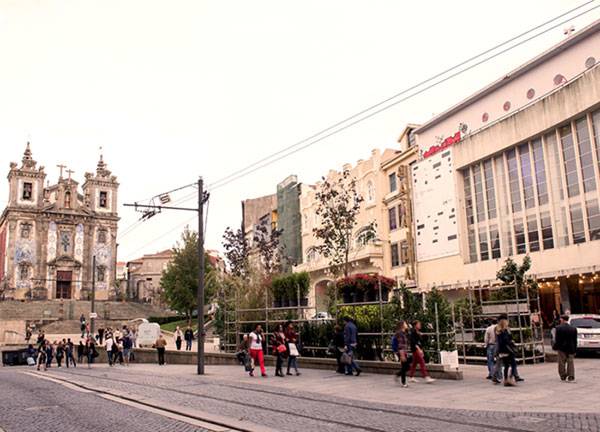 The Complementarity of Organic and Artificial

Under normal circumstances, in front of the Batalha Cinema is just a concrete surface. This blank space served as a platform for the OFFF Batalha installation. The concept is based on the complementarity of vegetation and prefabricated metallic structures. In this case, public space is presented as a factory of innovations, ideas, and social interactions. 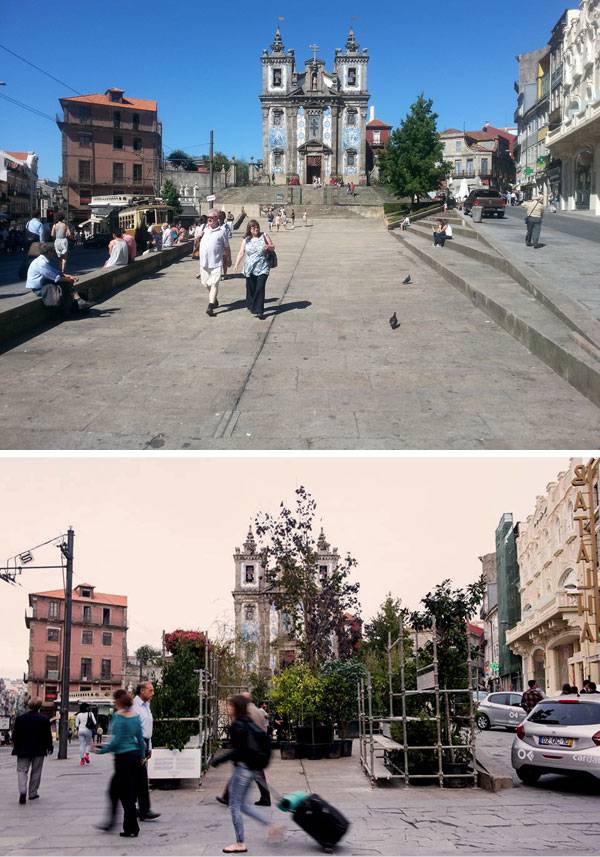 Furthermore, the STILL urban design studio wanted to implement into the project, the concept of bioclimatic design. As stated in their LinkedIn profile, this term is defined as “a conception committed with the mediation between man, climate, and environment that looks at thermal comfort as crucial as accessibility or safety.” By that they mean, that if some open public space offers optimal thermal comfort, people will feel more cozy, and thus the social experiences will be more successful. 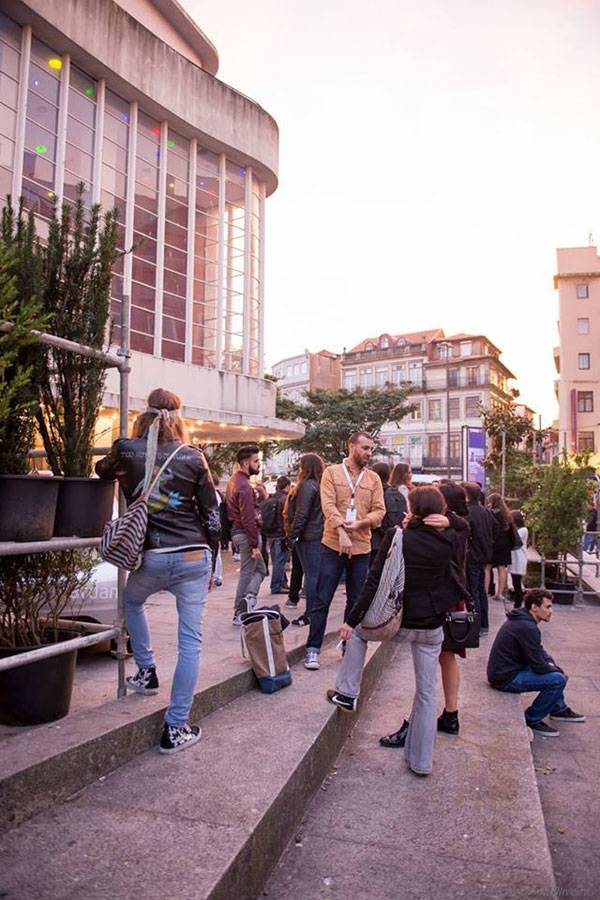 Bioclimatic Design So, the aforementioned organic and artificial elements are not opposites, but rather two complementary things and resources for bioclimatic design. Those metallic installations were not positioned randomly. The direction of their placement, together with all vegetation, was intended to block or control the potentially negative influence of northwest wind. Vegetation was planted in pots and put on metallic rods or on the ground. The type and amount of it was chosen carefully – the species were chosen that can form good protection against chilly wind. 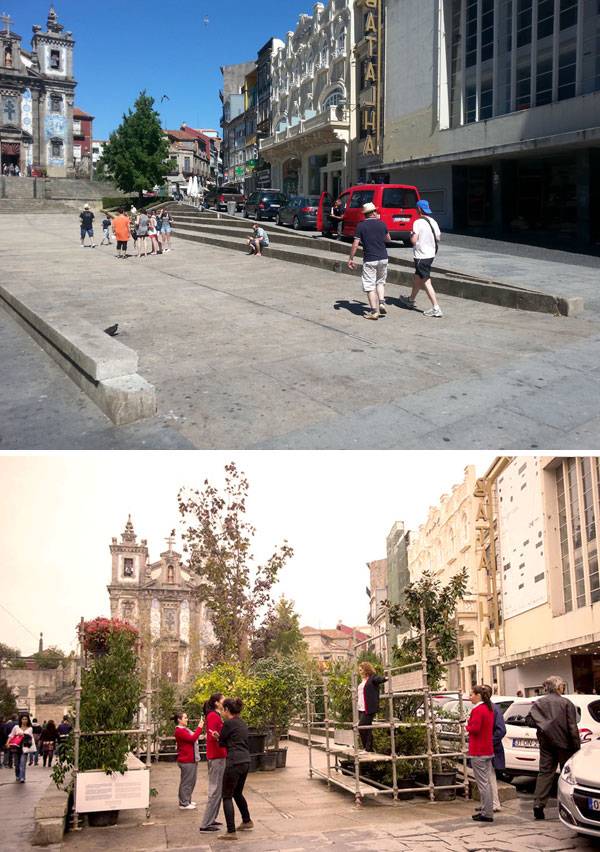 Because the OFFF Porto was held in October, the designers necessarily considered its climate conditions. October is kind of unique month. The autumn is coming to an end, furiously rushing towards winter. It represents transition from warmer weather to more and more colder months. The vegetation used included coniferous as well as deciduous trees and shrubs. The guiding star was to use vegetation to create various slopes of shade, so people would be able to locate which spot is the most suitable for them. Surely for every individual there is different thermal comfort value, so the different vegetation gradients should satisfy a various range of comforts. 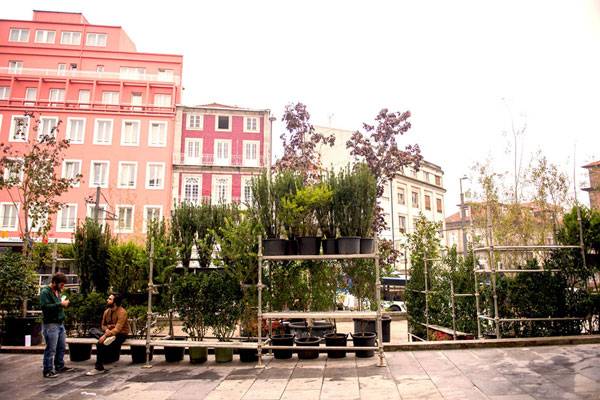 Moreover, there was risk of the plants falling down due to expected intensified wind. Because of that the construction was formed like a scaffolds, so they acted as protection from tumbling. A simple but effective solution, because nobody wants to have a shrub landing on their head during a windy episode. And at the same time, damaging a plant is always a no-no. 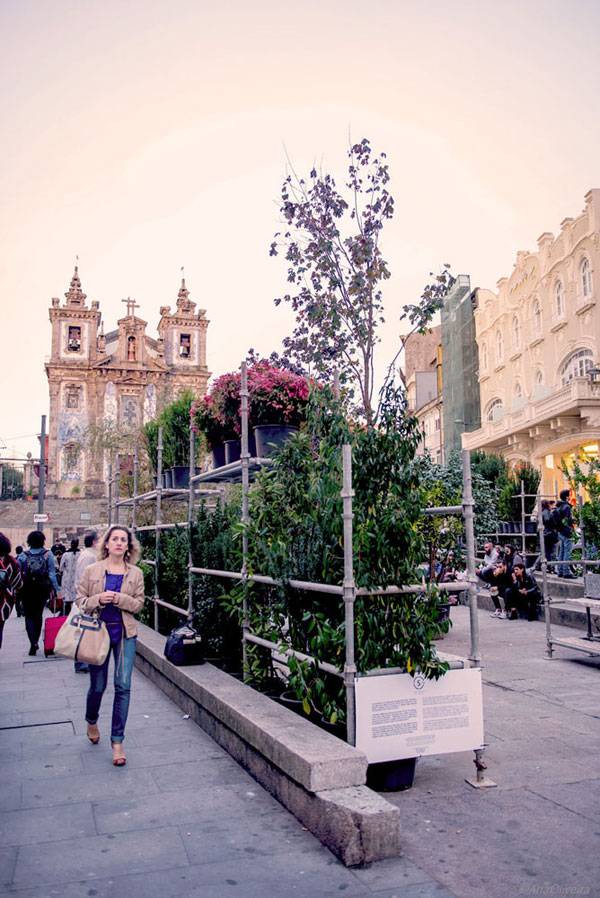 The world is full of amazing projects, they are all there to help us live better and to give us something to look at and admire. What makes a difference between them is their size and purpose. Not all projects are planned to last for a long time. Some of them will serve temporarily, just like this one. Landscape architects are here to make them memorable, unique, and special. What we need to learn is that a two-day project can have meaning and function, even if it stands behind a big event. STILL urban design confidently showed us how to do that properly, and OFFF Batalha is definitely worth remembering. What do you think about the methods that are used in this project? Tell us in the comments! 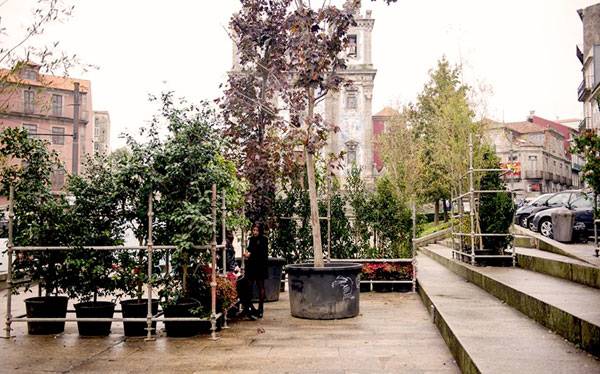