As a species, we have the impulse to seek stability and permanence, perhaps because we do not accept the fact that, in the grand scheme of things, we are ephemeral, and this scares us. This impulse is reflected in architecture. Indeed, traditional architecture is always focused on permanence. Perhaps landscape architects have a better appreciation for working in four dimensions, as working with living systems requires an acceptance that nothing is permanent. But what is permanent? We oppose change, but change is the one constant in our lives. Everything is destined to come to an end, so why look for permanent solutions to temporary problems?

In this article, we explore the aspects of temporariness. We look at how it manifests today in architecture and the landscape; we examine the implications of when temporary becomes permanent; and finally, we question how temporary architecture and landscape architecture can be the key to a new way of thinking that increases sustainability in our cities. 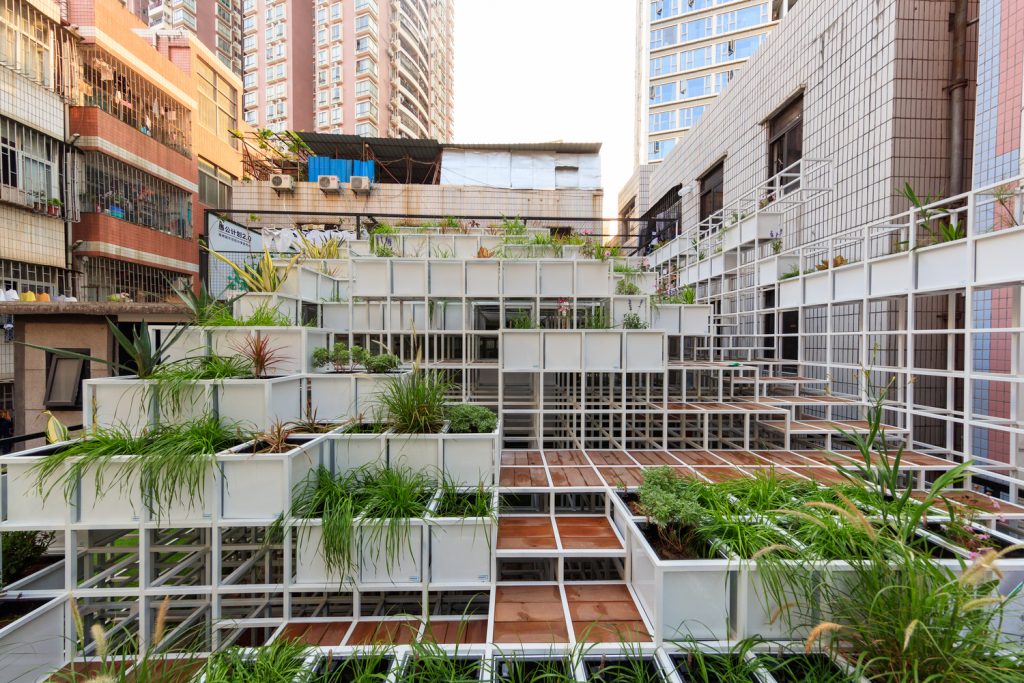 A temporary architectural installation is a work designed to last a certain period or to change over time. For example, it can be a single-family home, a piece of micro-architecture, or an art installation. Temporary architectural artifacts are defined by the time they occupy the ground, or when they are adaptable to different uses and users. In the social context, ephemeral architecture could be employed in a variety of scenarios. For example: to accommodate specific events, as a lifestyle choice, as a requirement for a society that reveres change, or as a necessity (emergency architecture). In the field of landscape architecture, temporary landscapes are an increasingly popular project typology. Pop-up parks, Parklets, and temporary art installations have been changing notions of open space. Peter Bishop, Professor in Urban Design at the Bartlett School of Architecture, describes temporary land use as “an intentional phase” where the “time-limited nature of the use is generally explicit”. Currently, the plethora and variety of projects, and the emerging nature of the typology, has impeded society’s wide adoption of temporary landscape interventions. 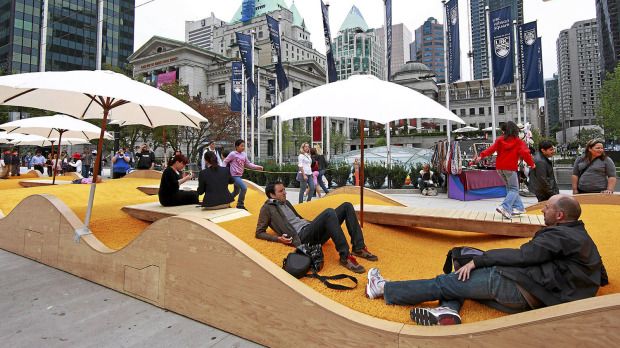 Many projects are self-initiated, from a ‘bottom-up’ approach, and aim to encourage collective and participatory planning. They use short-term and low-cost interventions to achieve long-term change, in line with the goals of Tactical urbanism. Some cultural associations promote emerging initiatives, such as Camposaz labs, that involve professionals from different disciplines who deal with the design and physical construction of installations in problematic urban areas intending to improve the cityscape. 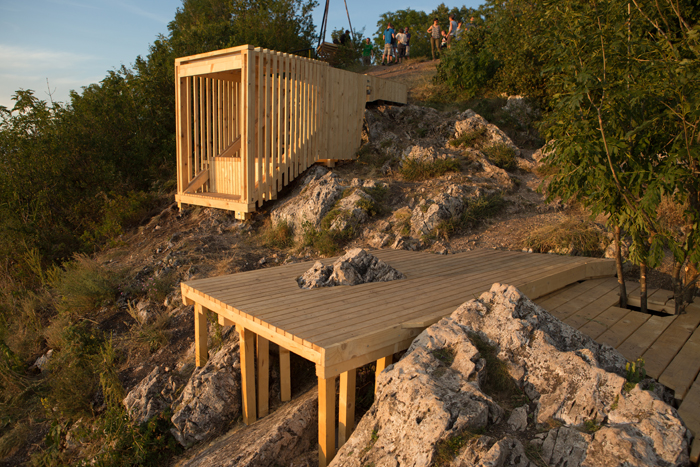 The problem of abandoned spaces

The traditional way of designing often leads to cases of abandoned buildings and lots. Buildings are often designed for a single function, without due consideration to what will happen once the building reaches the end of its lifecycle. In North America, 2000 shopping malls are reaching the end of their service life. It is predicted that in the next decade some 50% of these will be abandoned. Massive amounts of materials and resources will soon be wasted. We live in a “liquid society” as the famous Polish sociologist Zygmunt Bauman puts it. A society in constant transformation in which everything gets old fast. Commercial spaces open and close in a noticeably short time, in keeping with new market demands.

When the temporary becomes permanent

When temporary structures become permanent, the ephemeral can reflect the zeitgeist. The German pavilion presented at the Barcelona International Exposition in 1929 designed by Ludwig Mies van der Rohe should have been temporary architecture, and yet went on to become one of the symbols of the Modern Movement. 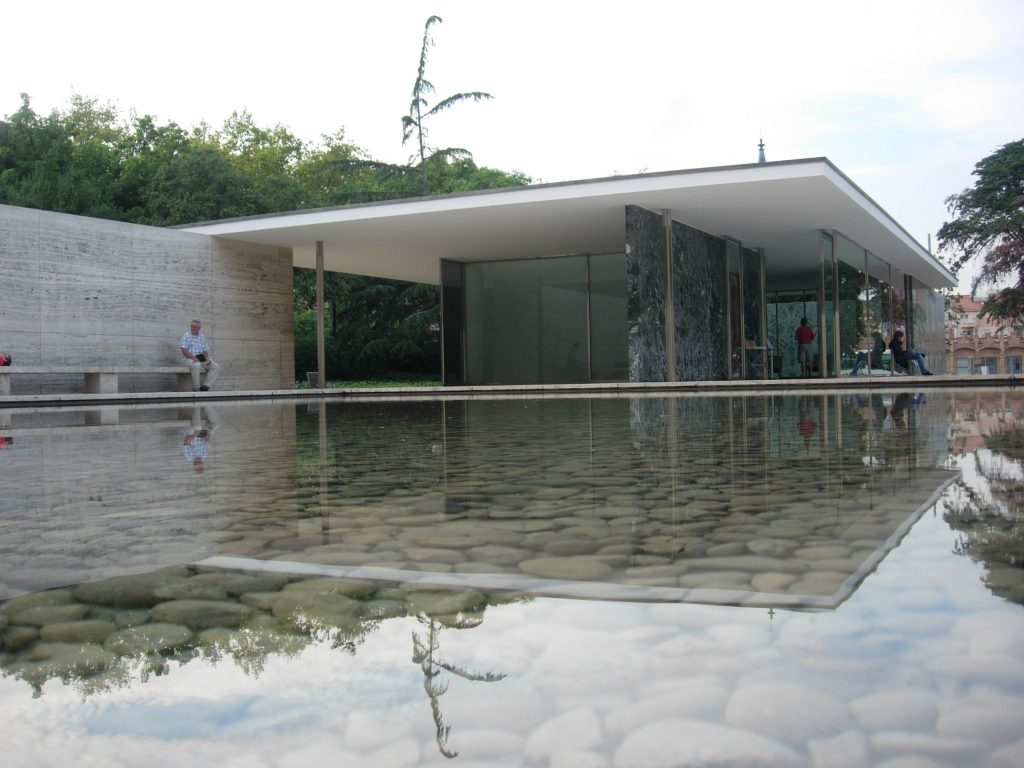 However, this story is not typical of ephemeral architecture. The Olympic games are an all-too-often sad example of cities investing great resources in structures and installations, only to abandon them later when they cannot be absorbed into the fabric of the city. One example that stands out as a juxtaposition to this trend is the regeneration of the site of the Olympic Park, built for the Olympic games in London in 2012. The park is being transformed into the Queen Elizabeth Olympic Park, which has become fully integrated into the surrounding Stratford and Hackney Wick areas. This transformation brings greater visitor numbers and investment to the borough.

Like a kit of parts, from houses to entire cities

Is it possible to think of a new way of designing and building that includes an assembly kit that can be dismantled? L’Architecture est dans le Pré is the house designed by Claas Architectes, located in the countryside of a small village in France. It was originally conceived as a self-build kit – a dialogue between agricultural construction techniques and economic needs. Temporary architecture can also involve entire cities. A stunning example of this is the ephemeral megacity of seven million people, which is built for a Hindu religious festival, called Kumbh Mela. It is a city that sits on the banks of two rivers. Five materials are used to build this settlement: eight-foot tall bamboo, string or rope, nails or screws, and skin material. It is a method that allows disassembly and ecological reabsorption of all the materials. In a few weeks, this entire city emerges, and at the end of the festival, within a week, the entire city is disassembled. And the terrain is offered back to the river.

How long is too long?

We can define “temporary” as that which is thought to be easily removed, or that can change over time. We can estimate the duration of temporality based on predictable cycles according to functions needed both now and in the future. Furthermore, we can define temporary within the frame of reference of the landscape and how it will transform around the buildings over time. 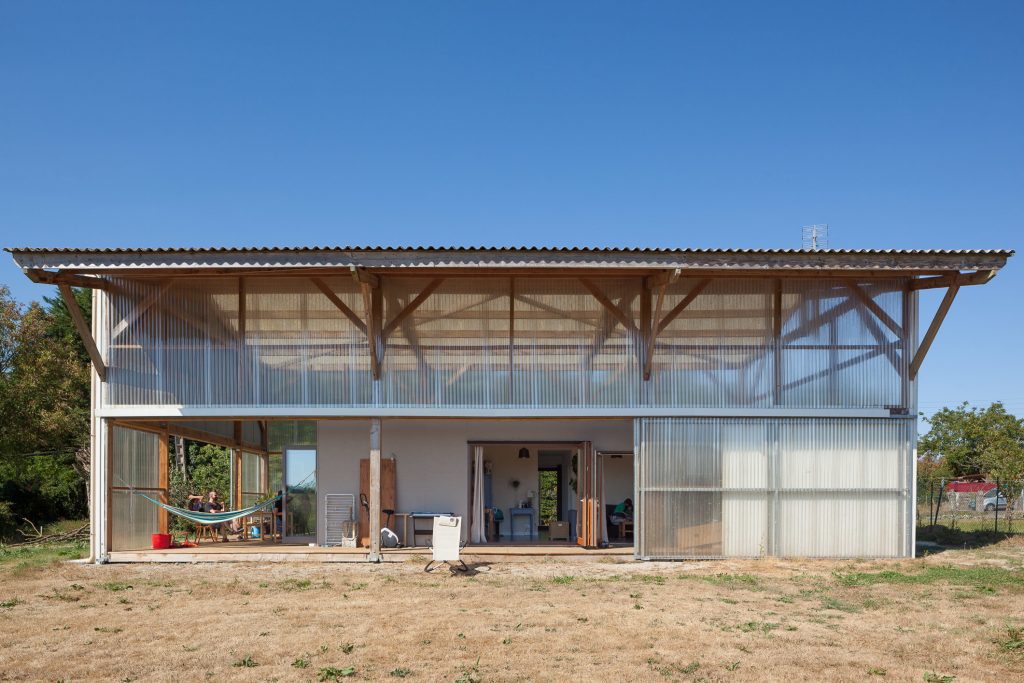 It is not enough to use sustainable materials and technologies; we need to start thinking about new approaches and change the traditional way we approach projects. If everything is in continuous transformation, architecture cannot be thought of as static. We should think about cities as living organisms that are transformed over time, adapting to changes in society. We have limited resources, so we need to use them more efficiently. Landscape architects and architects must be ready to continuously reinvent themselves, to think in terms of how installations can be reversible and disassembled at the end of the project’s lifecycle. The key could be to move on from the urbanism of grand visions to the urbanism of grand adjustments. To design for temporary humans and temporary functions, to leave a minimal impact, and to try to extend the expiration date of the planet.