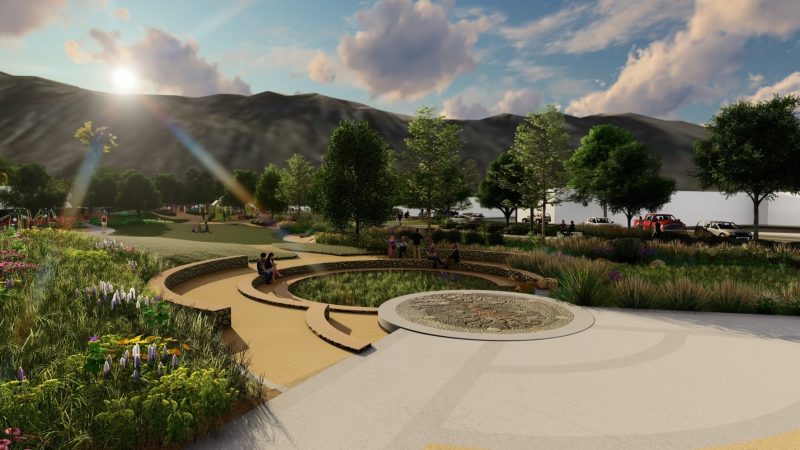 Eric Berg, landscape architect and senior associate at Pacific Coast Land Design, Inc. (PCLD) in Ventura, California, took some time to chat before his talk, “From Concept to Completion: How PCLD Leverages the Power of Vectorworks in Landscape Architecture Practice” at the 2018 Vectorworks Design Summit in Phoenix last November. Berg and PCLD Principal Mike Zielsdorf showed how the 6-person firm uses Vectorworks Landmark from early conceptual graphics to renderings and CDs. 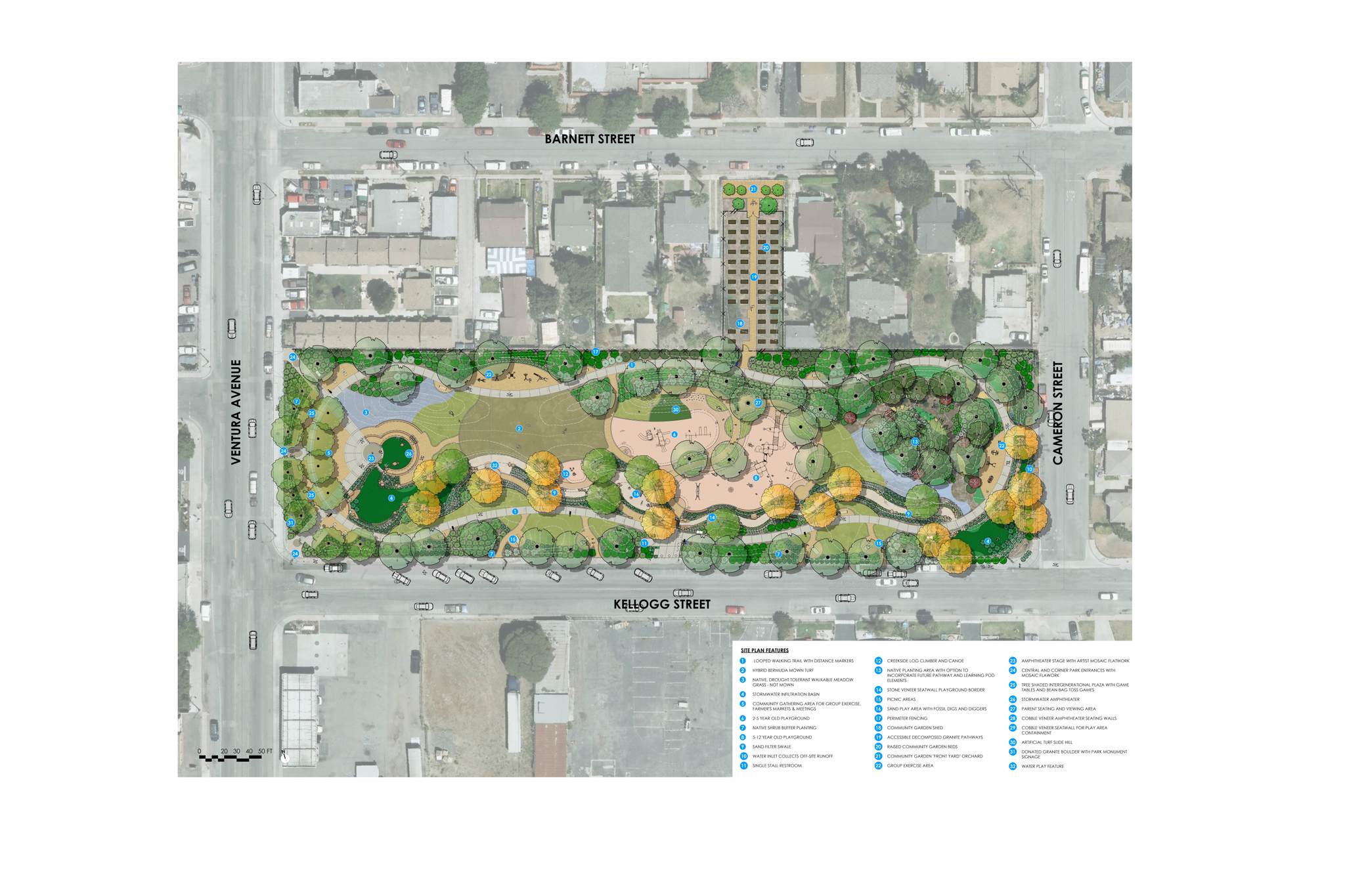 CC: Can you think of a project you were awarded with the help of Vectorworks’ visualization capabilities?

EB: We were awarded a veteran’s housing project in Ventura for which we did a preliminary design in Vectorworks, in part to test the site modeling. Showing the early design in 3D convinced the city’s planning director, who looked at the rendering and said, “This is ready to go!” There’s always give and take on how much you do in 3D early in the process, but we do it anyway. With that front-end investment, you gain efficiency on the back end, so we are competitive.

After our interview, Berg and Zielsdorf presented Kellogg Park, a 2 ½ acre public project in Ventura, for which they created a stellar 3D walk-through, importing the Vectorworks project file into Lumion. Kellogg Park won an ASLA Southern California Chapter 2018 Honor Award. 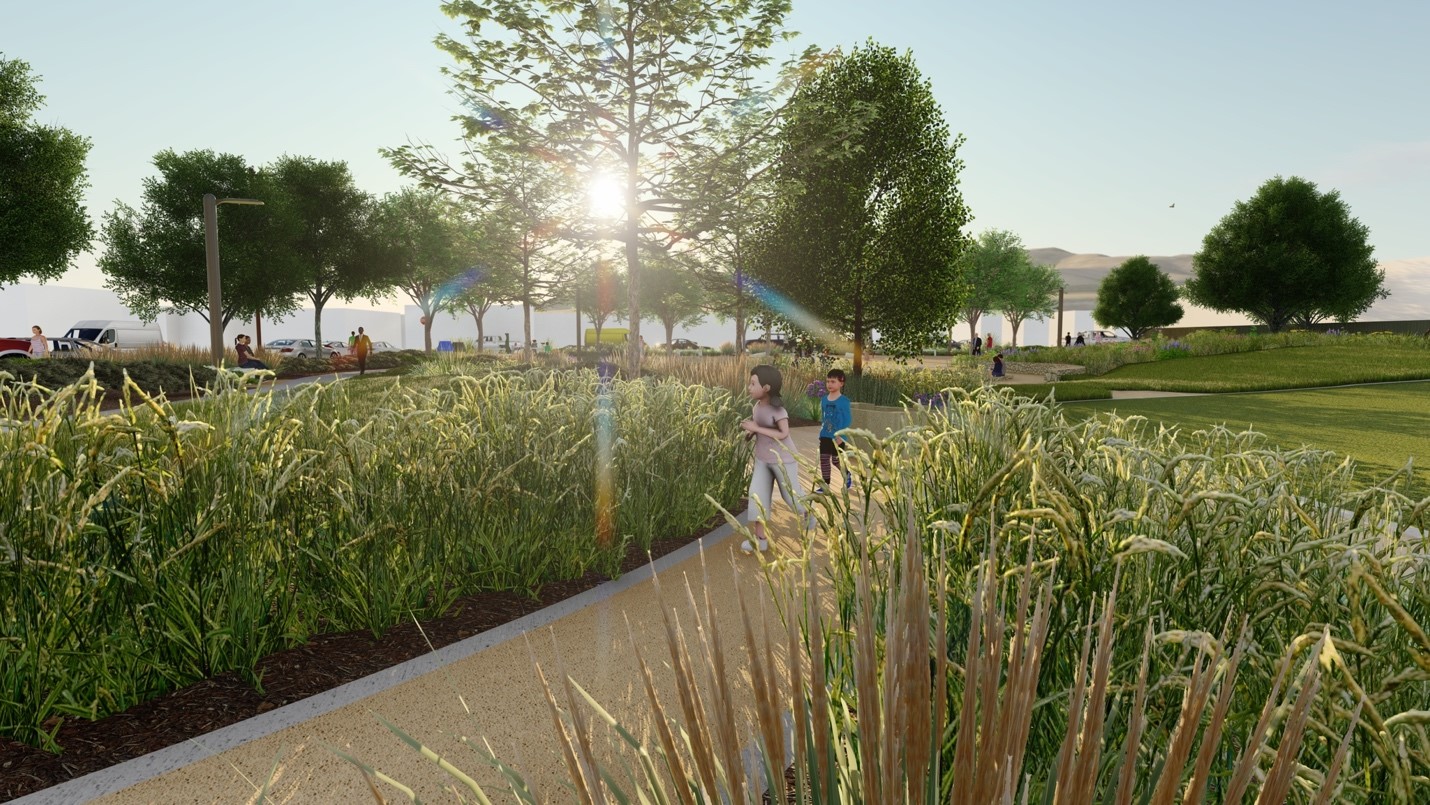 This image and the cover image of this article are of Kellogg Park that were modeled in Vectorworks and rendered using Lumion. Images courtesy of Pacific Coast Land Design, Inc.

More of their renderings, including video visualizations, may be seen on their website, under Project Visualization.

CC: How does your office handle the need for consistency when using Vectorworks?

EB: Usually we determine office standards when we have time, because when it’s busy, you need them in place. When there’s time, you also need to be building libraries. Some ways we keep organized are by making our class names all lower case, our layers all upper case, and our reference layers all title case (e.g. “Reference Layer”). We’re really excited about the class and layer filtering feature in Vectorworks 2019. That’s huge.

To work on our plant library, we’d meet weekly to bite off a topic.

When we start a big project, we use a base level template file with lots of classes. We also have detail file templates, from which we reference in details as symbols. For consultants using alternative software, we check to see how our drawings will look in AutoCad before they are exported. We keep AutoCad 2004 and 2012 in the office for that purpose.

Since we started using Vectorworks, we have been able to consolidate our entire list of software subscriptions, which has saved money. We hardly do any Photoshop™ or InDesign™ anymore.

CC: How do you train your staff in Vectorworks?

EB: That’s the hardest thing. The onboarding process can take 6 months. We have weekly lunch and learn sessions. It’s important how quickly they can get away from thinking, “this is like AutoCad.” You can tell pretty early who’s going to adapt. Vectorworks requires a different kind of thinking. You need to envision a goal first and then build the path. With Vectorworks there are so many ways to get from point A to point B. It’s less linear. The new Vectorworks training program announced in the CEO keynote will be great. It’ll be a nice new staff indicator for us.

CC: What tech issues are you tackling now, and have you made any discoveries using Vectorworks that you’d like to share?

EB: Right now, we’re working on how to incorporate 3D modeling into details. We have found that using the NURBS roadway tool is a good hack for creating ADA compliant ramps and walkways, because you can set elevations that you want for the station points. It works for swales too. Irrigation has been a challenge. I learned last week on a Community Forum that the entire irrigation system is intended by Vectorworks to be on one design layer, but we prefer to have our irrigation zones on different layers, especially on bigger projects.

CC: What computers do you use at PCLD?

EB: We are on desktop PCs running Windows 10, with double monitors.

CC: Were you always interested in computers? How did you get started?

Learning how Pacific Coast Land Design builds technical staff competencies behind the scenes while creating beautiful work was encouraging. Perhaps the firm’s relatively small size makes its commitment to implementing Vectorworks across the board logical and possible, compared to a larger firm where Vectorworks may become the responsibility of a small group of “drafters.”  When you consider the firm’s built work, the fact that designs are conceived with the aid of Vectorworks rather than simply illustrating them later, is apparent. Eric Berg is right when he says that it is a different way of thinking. 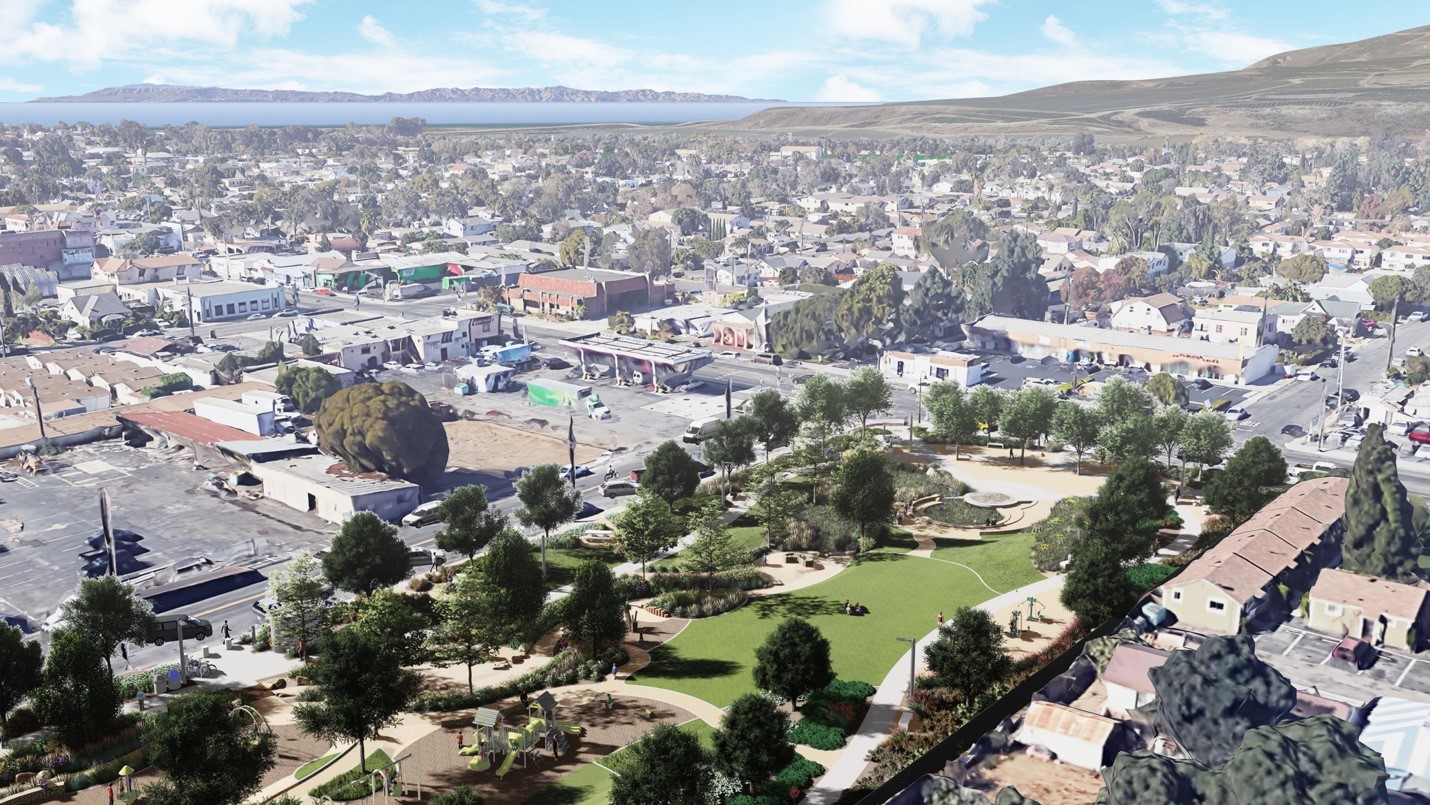 An overlay image of Kellogg Park that was modeled in Vectorworks and rendered using Lumion and Photoshop™. Image courtesy of Pacific Coast Land Design, Inc.