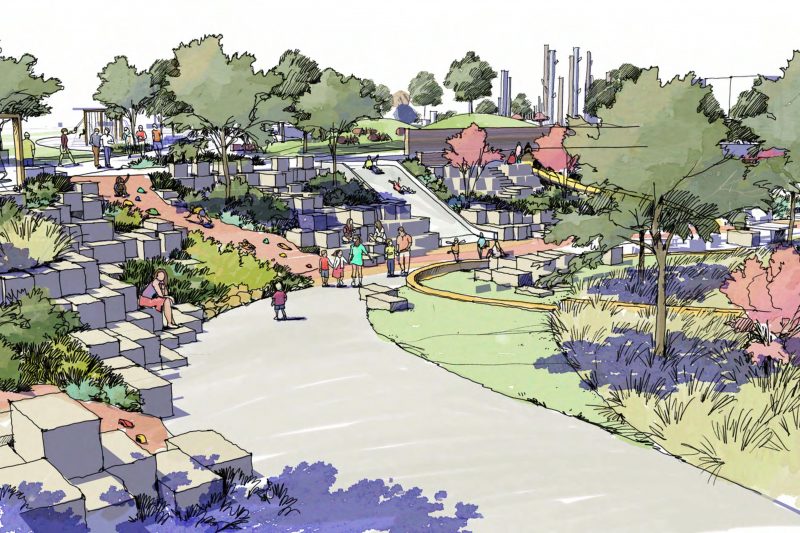 The epicenter of play for Austinites of all ages is officially on its way. 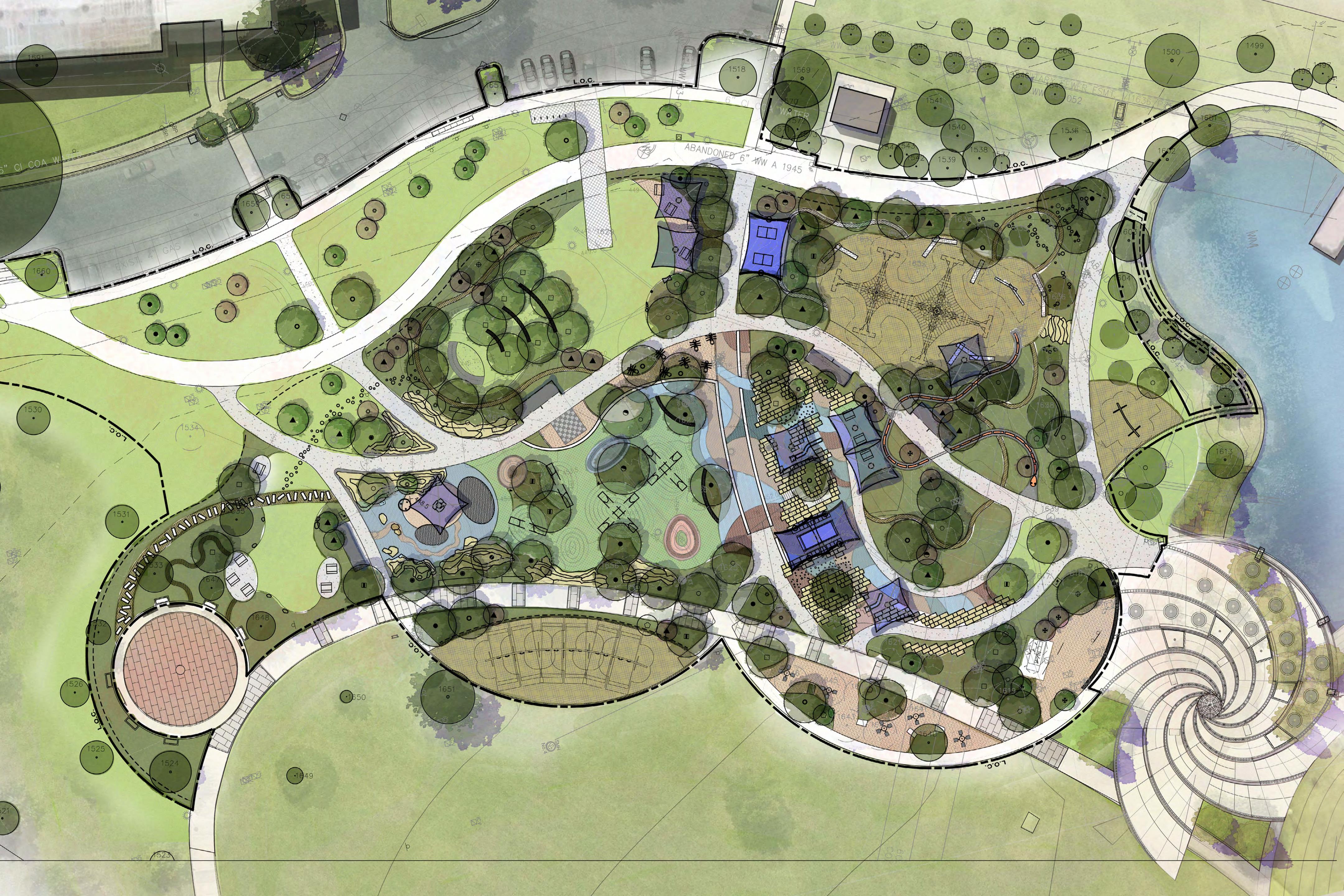 Unlike any play destination anywhere in Austin, TBG Partners designed a whimsical, singular environment for young and old alike where imaginations run wild and Austin’s distinctive culture is celebrated through contextual forms and immersive play features. 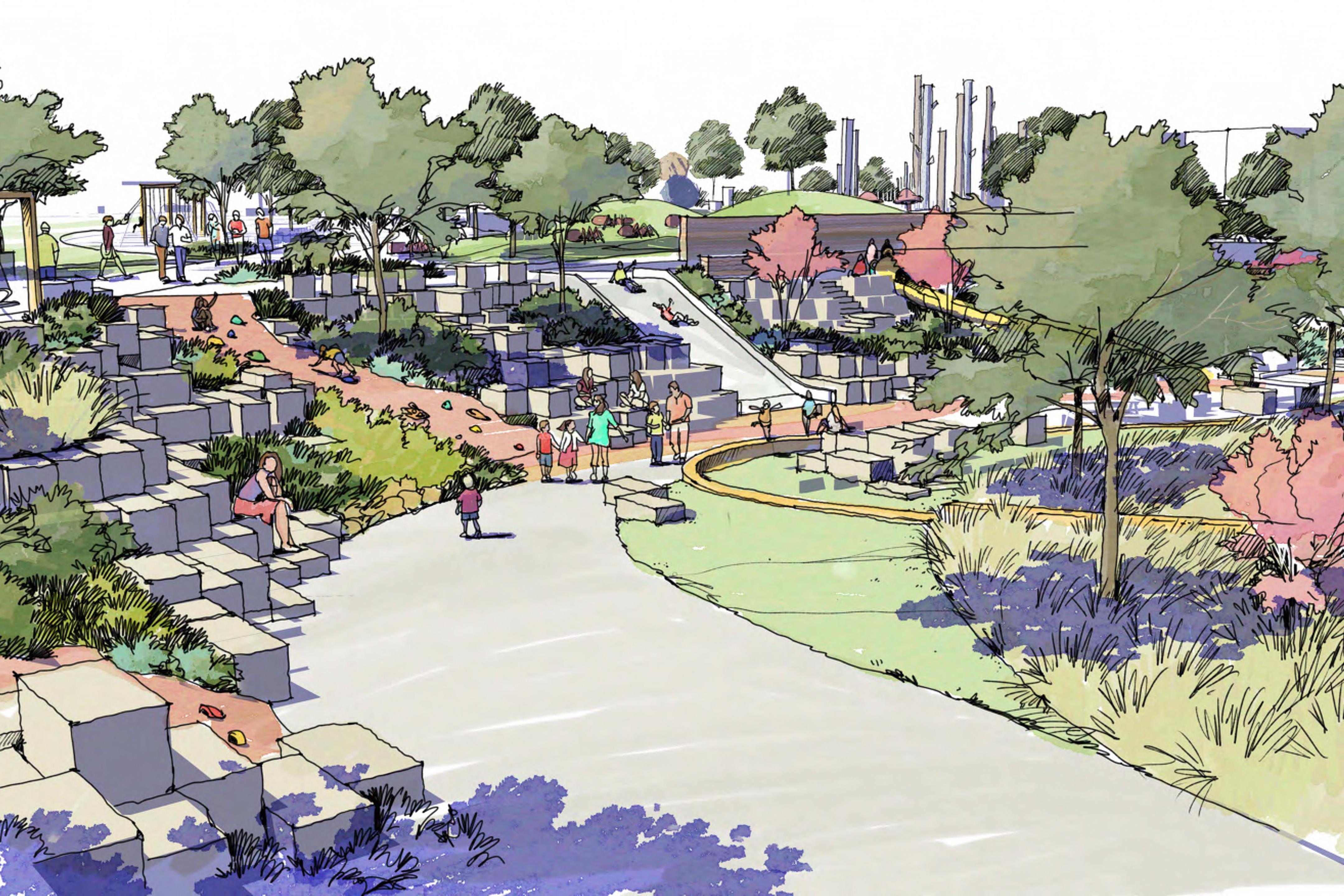 It’s a destination roughly 20 years in the making — the pièce de résistance of the Town Lake Park/Butler Park recreation area along the south shores of Lady Bird Lake — and with construction beginning in February 2019, in just a few short months there will be universal agreement: The Alliance Children’s Garden was well worth the wait. 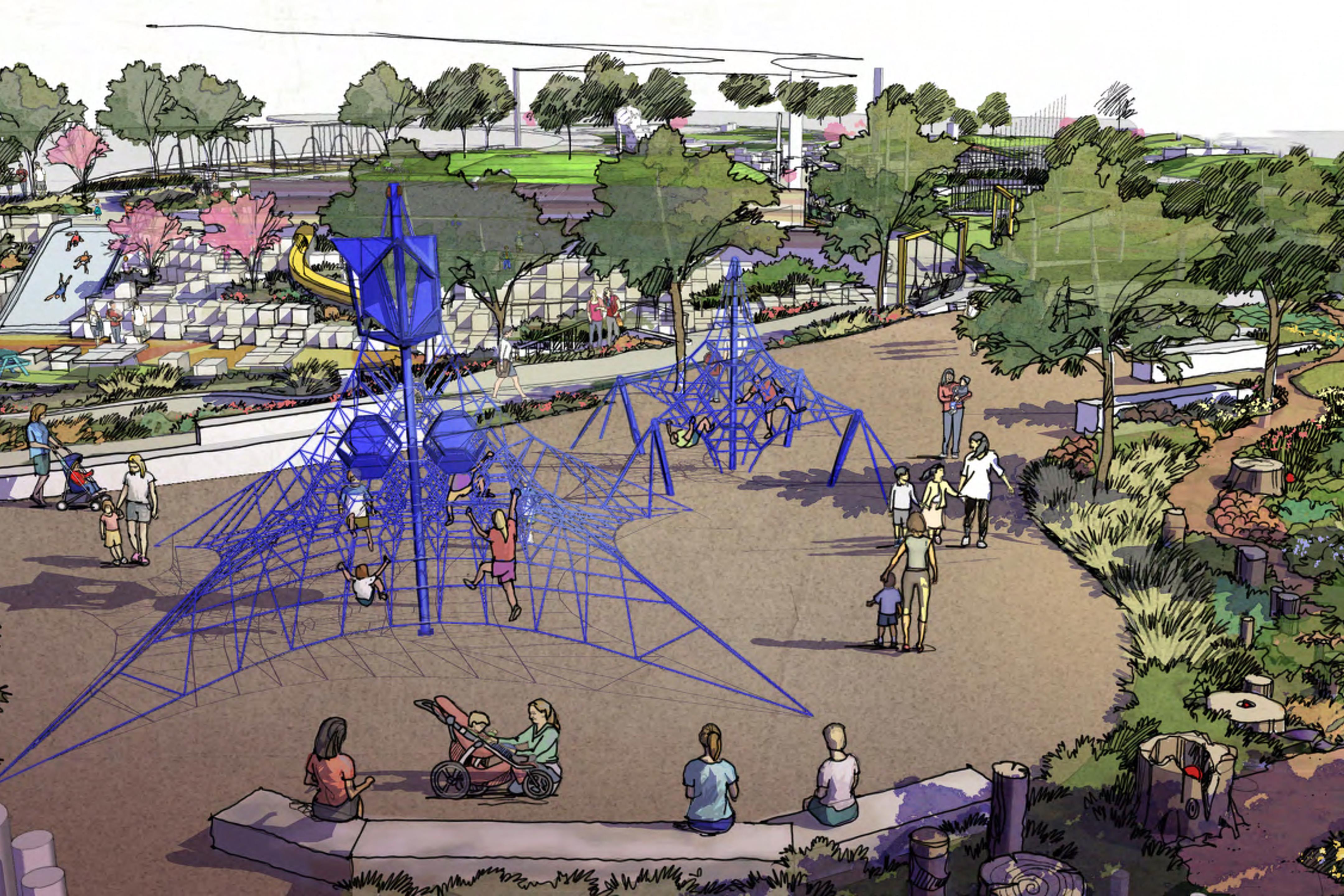 Located adjacent to the iconic Doug Sahm Hill and Liz Carpenter Fountain in Butler Park, the Alliance Children’s Garden embodies the type of imaginative, atypical play environment for children — and those who are still children at heart — long missing from Austin and central Texas. 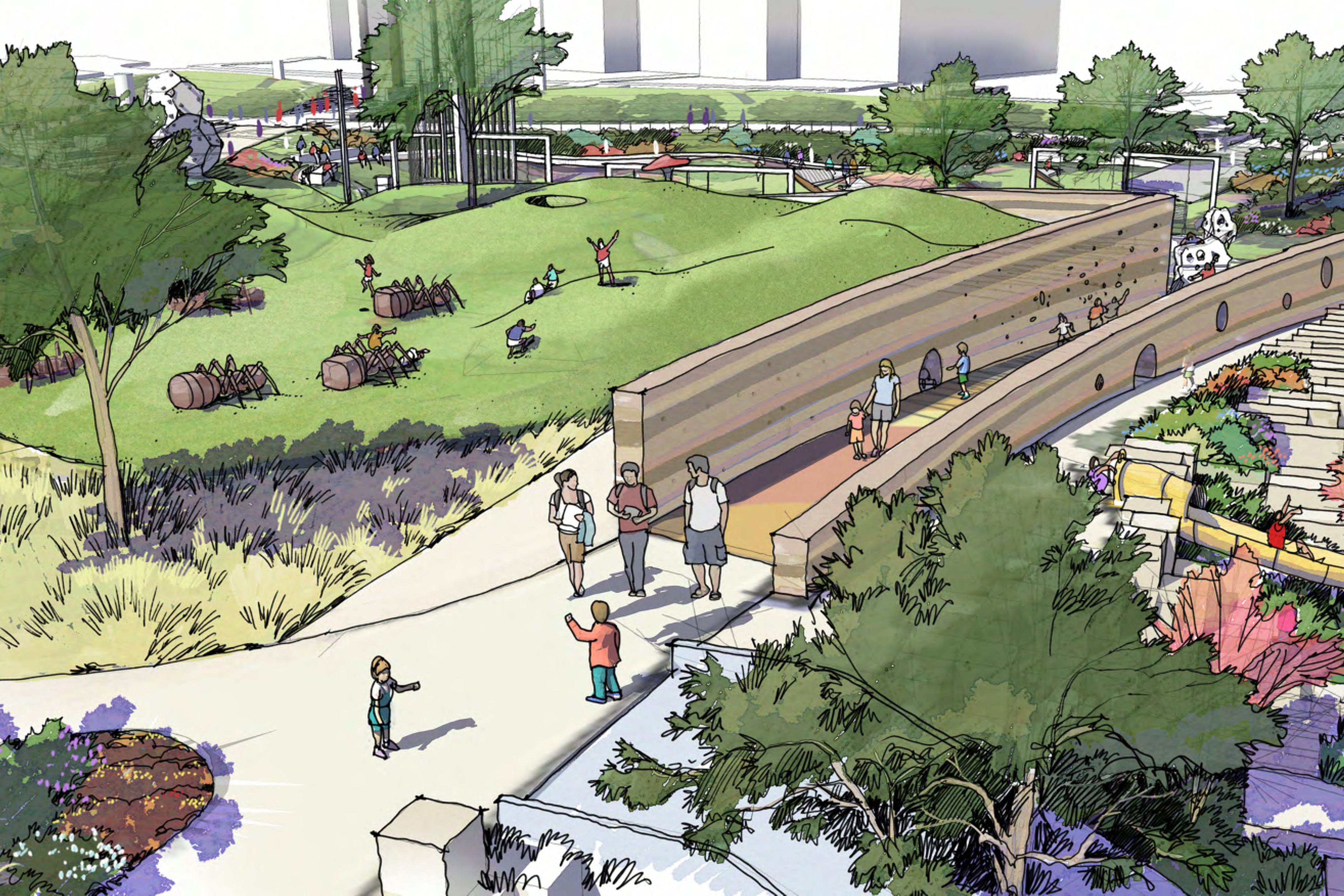 The roughly 3.2-acre park will include all of these play features and more organized into a series of themed rooms celebrating the downtown skyline, the regional Hill Country topography, a rock and slide valley, and Austin’s art and culture.

The many years that passed between Town Lake Park’s original development efforts and the Alliance Children’s Garden coming to fruition could be viewed as a blessing in disguise. Society’s collective understanding of the importance of imaginative play, connections with nature, and their role in both wellness and childhood development has evolved tremendously over the past 20 years — and the Alliance Children’s Garden reflects that modern enlightenment.

The park’s design is multi-generational, accessible, creative, sometimes programmed, frequently imaginative, and comprised of both built and natural play features. Moreover, the various play elements are often multipurpose in their functionality. Local artists are contributing to the park’s aesthetic character and extensive public input informed the programming — including the overwhelming desire for abundant areas of shade. Varieties of shade structures and many tree canopies — including the transplanting of six existing on-site trees — will ensure the park is shady and comfortable for all.

When efforts to develop Town Lake Park began two decades ago with an initial master plan, a dedicated children’s play area was an integral component of the overall park setting — and now, two decades later, construction is commencing and this critical final piece will soon, finally, be a built reality.

It’s a ground-breaking exploration of creative, culturally inspired children’s play that’s 20 years in the making — and destined to elicit awe and wonder from many future generations.

Partners and team members bringing this project to life are, to name a few:

Current Consultant Team, on the Alliance phase, including:

—
All images courtesy of TBG Partners