Adapting Practice: In order to survive we must adapt.

Constantly in a state of flux, the practice of landscape architecture frequently changes and adapts from one condition to another. From transportation planning to water and stormwater management to park design and preservation, the sheer breadth of types of landscape architecture practices supports the notion that the profession has never fit into a box. The concept of hybrid practices, which came out of a need to address complex environmental and cultural issues, only partially addresses the problems we look to solve and the methodology we use to solve them. In biologic terms, landscape architectural allelic heterogeneity, alludes to a diversity of variations of practice that have the same relative process (inventory, analysis, iterative concept ideation, development), also includes an array of different product offerings and at the same time alternative career trajectories. In this way, the product of landscape architecture does not always need to be construction documents or drawings and the careers of landscape architects do not always need to follow the CAD technician to designer to project manager to principal path. In essence, this alternative model is adapting practice.

Building on the theme of science, the term ‘adaptation’ is typically used to describe a newly mutated trait that increases fitness in a particular environment. In business, it might be described as a ‘pivot.’ For our purposes, understanding the influence a variety of variables – from the recession and economy to vocational idleness to the moving target of success – adapting the practice of landscape architecture includes navigating the minefield of client expectations and cost justifications while battling identity and scope of practice crises. For the sake of comparison, ‘evolution’ is the process by which that beneficial trait identified in adaption, spreads throughout a population (typically over the course of generational iterations). With the impact of the contemporary political climate, the generational calamity of climate change, and continued social issues yet to be fully realized, the evolution of landscape architecture has yet to be determined. 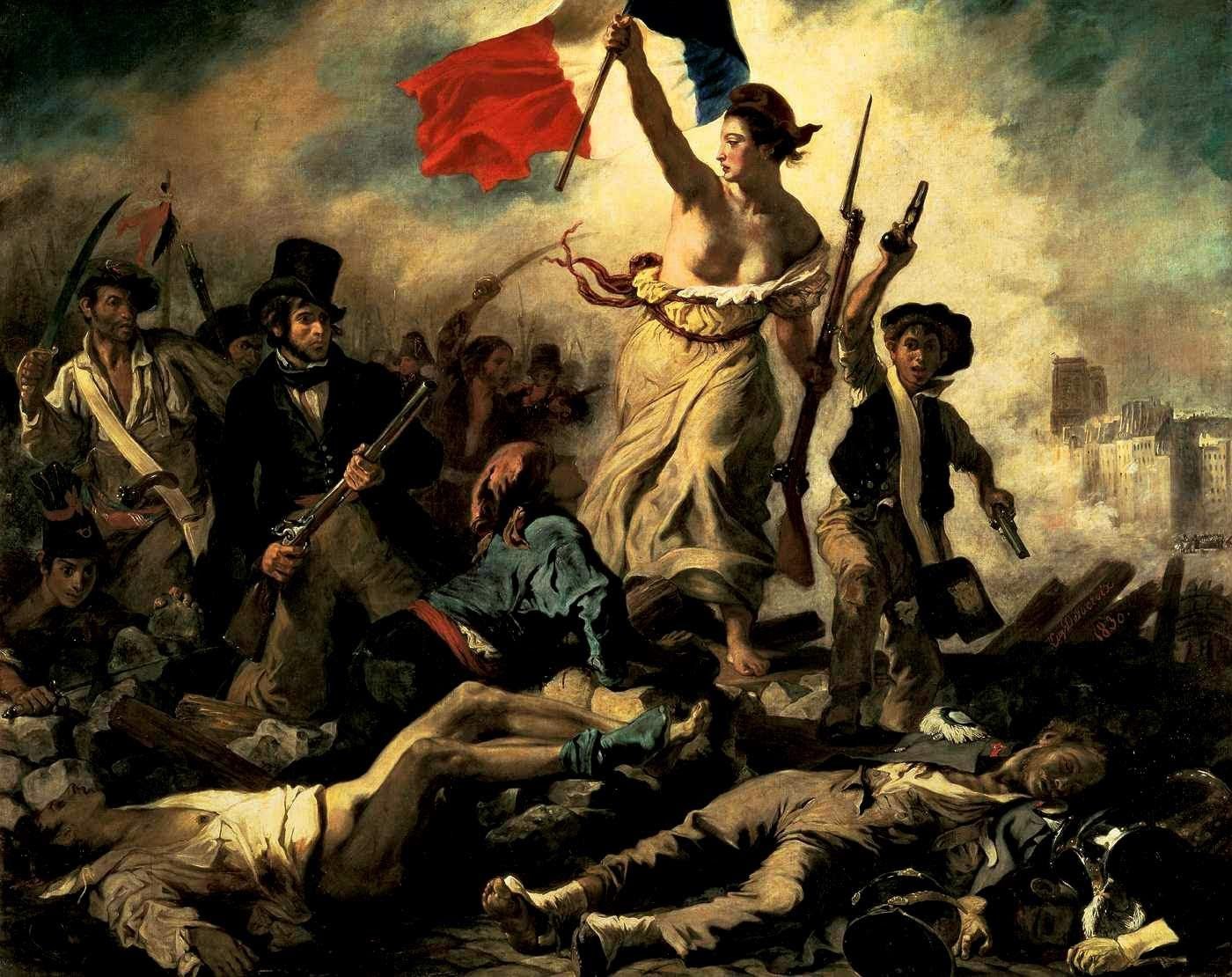 Addressing the Changing Political Atmosphere The spectre of rhetoric from this election will haunt us for generations. Not just the outcome and subsequent public outcry, but the entire process has been spectacle and irrational. Even the potential implications – from abandoning the COP21 Paris Agreement to the devaluation of the National Parks, punctuated by dichotomy between urban and suburban/rural thinking – let alone the dramatic social repercussions, justifiably has landscape architects concerned. It is incumbent upon ASLA and landscape architects around the nation to avoid regression and maintain the momentum we have gained since the recession. In other words, now is the time for boldness, not status quo.
While the smoke is yet to clear, just the threat of normalizing the current administration – under the guise of congratulations and eagerness for working with the new administration – is already causing counterblast within built environment professional organizations. Refer to the backlash the American Institute of Architects has faced for their letter to the President-Elect. With continued licensure battles, especially through the increasingly populous lens of deregulation and small government, as well as ongoing challenges to marketplace jurisdiction, landscape architects cannot afford to tread lightly into discussions of “what’s next.” We have to respond to this movement in a way that is justifiable to all audiences, not simply one side of the political conversation over the other. If we do not, the lasting physical and social scars will be irrevocable.

What does this have to do with the necessity of adaptive practice? Because landscape architects have yet to identify either the language or the marketplace security to justify being satisfied with what the profession has already achieved, making no further effort required. Indeed, the opposite is true. With over 26 deregulation threats in just the last five years, frequent legislation that seeks to remove the scope of landscape architects from public projects, and countless questions of “what do landscape architects do?” our collective political future is uncertain. Given the implications of politics, it is impossible to separate them from practice, whether private or public sector. 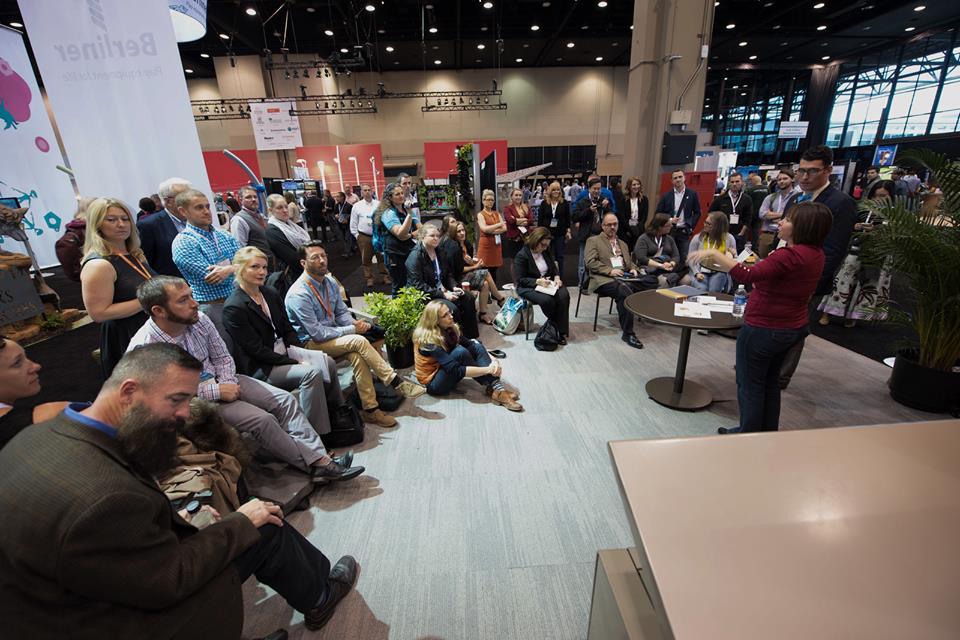 As society responds to inconstancy in economic, social, and environmental change, the necessity for “good design” continues to adapt and become more prevalent, it is essential to engage in a new process of design, for both personal and professional gain. Tactical Urbanism and its myriad of low cost, temporary design approaches and its contemporaries (Project For Public Spaces and lighter, quicker, cheaper), spurred a different way of thinking about design. It is a subtle difference between human-centric, capacity building approaches and the more common problem-solving based processes, but far more participatory and responsive to end users. Increasingly, these non-traditional techniques are finding a foothold in design, but what role do designers have in rogue design? Already, as financial constraints for clients and communities have tightened, landscape architects have had to find a way to sustain their organizations. Small practitioners in particular have had to be nimble, identifying unique and profitable markets separate from developing drawings.

A few years ago, my friend Joy Kuebler and I started a conversation about the professional use of social media in expanding the voice of landscape architects and the reach of practice. Through the crucible of the ASLA Chapter President’s Council meetings, we each explained our approach to social media (specifically the microblog Twitter and Storify), which cataloged the important dialogue at these meetings for our ASLA chapters which we also employed to explore the process of design.  For Joy, it was a necessary part of redefining ‘success.’ For me, it was a way to participate in community planning conversations typically occupied by developers. Despite a difference in motivations, we both highlighted the process-oriented thinking as well as common traits of flexibility, passion, new definitions of success, and nonlinear trajectories as both necessary and essential. In other words, the allelic heterogeneity expressed in a revision in the standard paradigm of design became our understanding of adaptive practice.

Joy had started JKLA, in part because for success for her was never going to look like a legacy firm. Since her first introduction to the profession, participatory design was already part of the conversation and the seeds of adapting practice were planted early. Confronted with glass ceilings and restrictive creative processes, Joy and her team of design evangelists, looked at several ways landscape architects engage in an adaptive practice in order to not only service clients in meaningful ways, but to survive an ever more competitive marketplace and unlocked profitability. For her, this meant “selling the meeting” as the product. Literally using a meeting as an active and inclusive event, not just a passive gathering around a table, to unlock new ideas and change perspectives.

As Marcel Wilson of Bionic recently stated, “The recession plus context equals a mandate.” Such was the case as I found myself in, thrust into the throes of marketplace anonymity as a landscape architect and the widespread economic uncertainty of the built environment. Particularly for designers, knowing the positive impact we can make on projects, but through global marketing trends, design is seen as luxury or aspiration, we are confronted with devaluing professional services and ultimately, the spaces we design. In response to that, and as a tool for raising public awareness, the 100 Ideas Project was founded. It focused on the topics designers often analyzed specific to public spaces – mobility, energy, technology, economy, materials – by releasing an idea per day for 100 days in a row. The public response was incredible. Despite being specifically about the community I lived in, I received feedback from cities across the United States, hundreds of conversations, critiquing the ideas. All with the mantra that I did not care if the ideas were “stolen,” just please make them better. To date, over half of the proposed ideas have become physical projects and not all of them have been implemented by me.

For both Joy and myself, as well as others we have engaged in this discussion, the traits of flexibility and passion were key. Relational versus linear trajectories. A presentation at ASLA 2016 in New Orleans, joined by Dean Hill and Liz Pulver, supplemented the different iterations of this conversation. Their career journeys, while very different from both Joy and myself, had the common themes of adaptation and opportunity.  A feeling much more similar to spinning plates or a choose your own adventure book, moving forward with different ideas as they were able, were we able to gain the marketplace traction we sought. Certainly under the guise of a different concept of success. 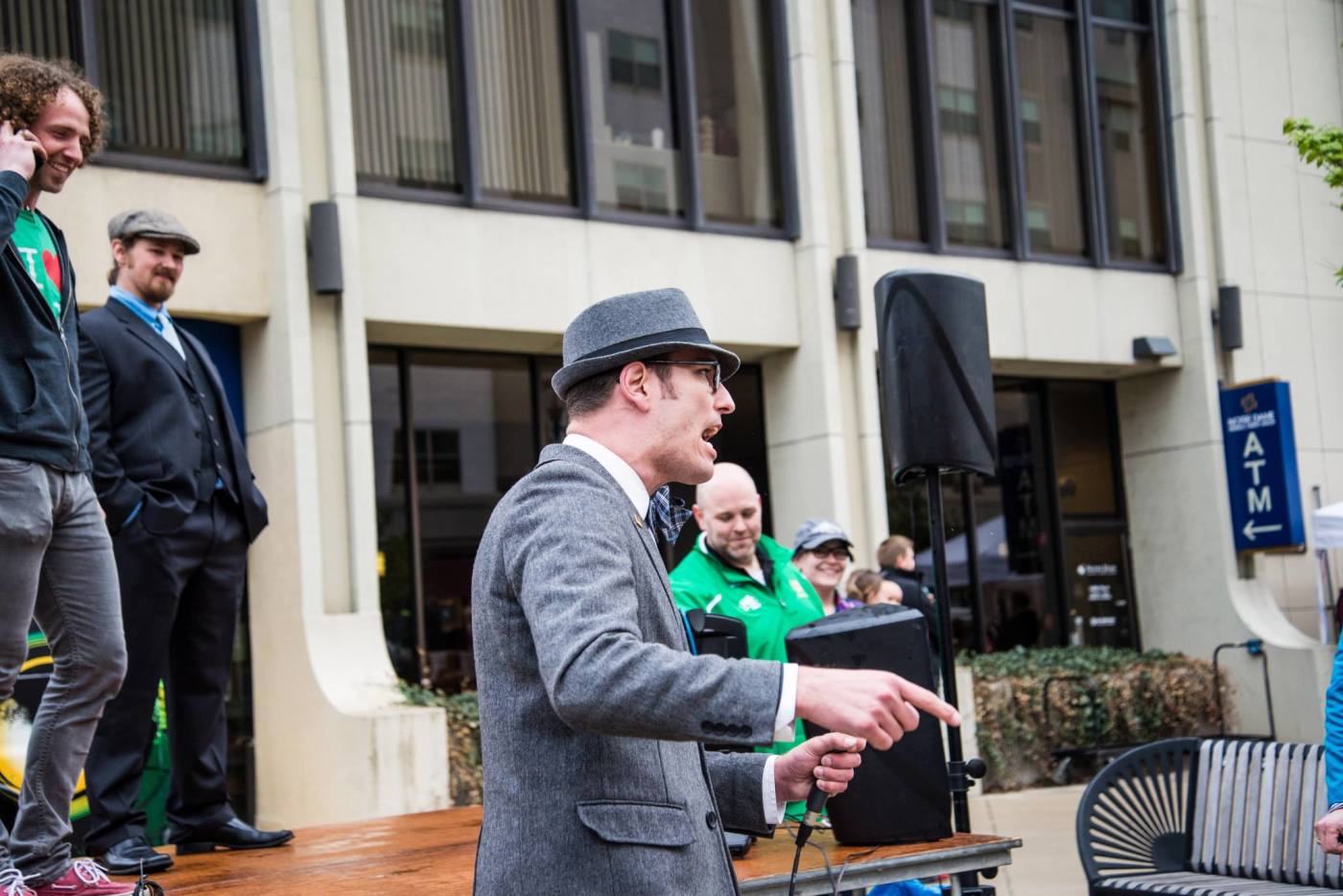 We are not out of the woods. The contemporary uncertainty uncovered in this election must impel the profession to action and boldness; a launchpad rather than a culmination. Not just that, as James Corner adds in his essay Terra Fluxus, “Given the complexity of the rapidly urbanizing metropolis, to continue to oppose nature against culture, landscape against city – and not only as negational absolutes but also in the guise of benign, complementary overlaps – is to risk complete failure of the architectural and planning arts to make any real or significant contribution to future urban formations.” While landscape architects can be proud of the tagline “Green Since 1899,” this is not a position of idle effort. The continued need for leadership in the face of obstacles – climate change, social castes, gender equality – cannot be met with the same linear process. We must adapt our notion of practice and ultimately evolve the profession of landscape architecture to unlock greater meaning, impact, and success.

—
Jonathon Geels enjoys solving problems by connecting people to new ideas through design, innovation, and advocacy. He is passionate about improving public health, the built environment, social equality, as well as resource management and hopes to engage other professionals with the same enthusiasm.

Jonathon Geels
Jonathon Geels enjoys solving problems by connecting people to new ideas through design, innovation, and advocacy. He is passionate about improving public health, the built environment, social equality, as well as resource management and hopes to engage other professionals with the same enthusiasm.