Today marks the first day of National Landscape Architecture Month (NLAM)! For the next thirty days, landscape architects across the U.S. will host public awareness events to bring attention to our profession. To keep pace with the country’s changing demographics, this year’s NLAM theme highlights Career Discovery with a focus on providing early exposure of landscape architecture to students in underrepresented minorities. 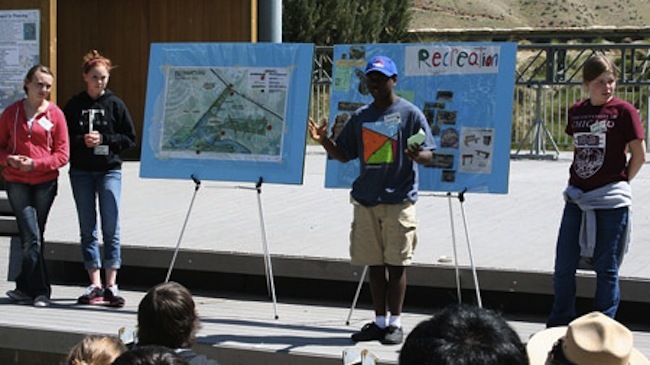 According to the ASLA Press Release:

“While landscape architecture is itself a minority profession—it employs just 21,600 people, according to the U.S. Bureau of Labor—it is marked by homogeneity. The U.S. population will be much more racially and ethnically diverse by 2060, according to projections by the U.S. Census Bureau. The total minority population increased by 88 percent between 1980 and 2000, while the non-Hispanic white population grew by only 7.9 percent. Even so, the landscape architecture profession considerably underperforms against these numbers. In a recent ASLA survey of graduating landscape architecture students, nearly 84 percent of respondents were Caucasian, 12 percent were Asian or Pacific Islander, 6 percent answered Hispanic/Latino, 2 percent identified as an American Indian, and a mere 1 percent were African American.”

“We want all students to know that landscape architecture is a welcoming, rewarding career that helps make our towns and cities better places to live,” says ASLA President Mark A. Focht, FASLA. “We want to mentor a future generation of landscape architects who will bring fresh, creative ideas to the table.”

Want to join the festivities? Tell ASLA about your event through this survey or contact your local chapter for opportunities. And don’t forget to post, tweet, and share your NLAM events! The Land8 team will be keeping an eye out on NLAM happenings on social media and feature outreach events in a weekly NLAM round up! You can also email your NLAM photographs and events to editor@land8.com.