PURCHASE From the Land8 Bookstore

One might think that a person with the last name of “Jungles” would be destined either to be a wilderness explorer and nature-lover or a master landscape designer who creates lush tropical gardens. With Raymond Jungles, we have both.

Raymond Jungles is the recipient of numerous awards and has been recognized in publication such as Luxury Gardens of the World (2008), Collection of International Landscape Designers (2008), RHS Encyclopedia of Garden Design (2009). In his latest book, “The Colors of Nature,” Jungles showcases more than 20 of his residential projects spanning over the last 20 years. From the a rooftop garden to backyard retreats, the book is full of inspiring images and is personalized with Raymond’s autobiography, hand drawings, and first-hand descriptions of each garden.

The large, color-soaked photographs that fill the book capture Raymond Jungles’ work beautifully. The square layout of the book is attractive and comprehensive. The projects are in chronological order and begin with his own garden (Jungles/Yates Garden, 1987-1995) and ends with the Ella Fontanals-Cisneros Rooftop Garden (2007-2008). At the beginning of each project, a full-page detail shot on the left side invites you into each project and a short description (written by Jungles) on the opposite page gives you a brief background of the garden. Turning each page brings you further into the gardens, surrounds you with bold textures, and gives you a sense of exploration. 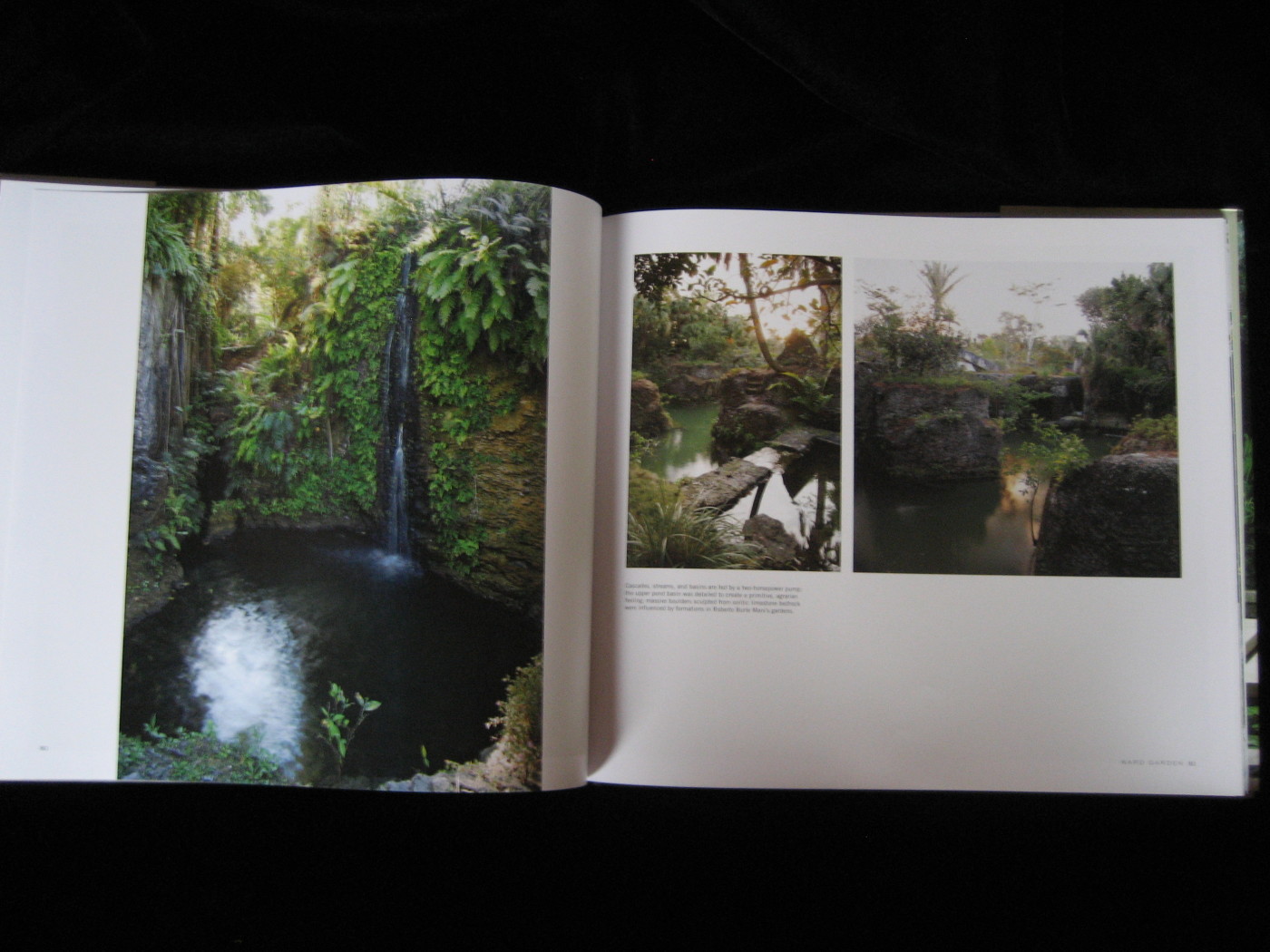 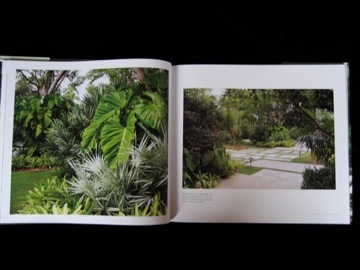 The forward by, Terence Riley, sets the tone of the book well by capturing the essence of the American landscape, and by drawing a strong connection to Jungles’ style and love for people, design, and nature. Riley begins with a comparison between the European style of formal parterres and eighteenth-century parks and the American, “open landscape – unbounded by fences or walls and uncrowned by castles, churches, or villas.” The “uncastled landscape” embraces wilderness and encourages people to interact with its undisturbed natural condition. He transitions into an observation of Jungles home state of Florida where he notes that while European style is still admired it “has been far less imitated as Florida’s landscape designers have instead chosen nature…as their prime source of inspiration.” Based on sustainable design practices and the use of indiginous plant materials, Jungles’ timeless designs aim to bring his clients closer to nature. 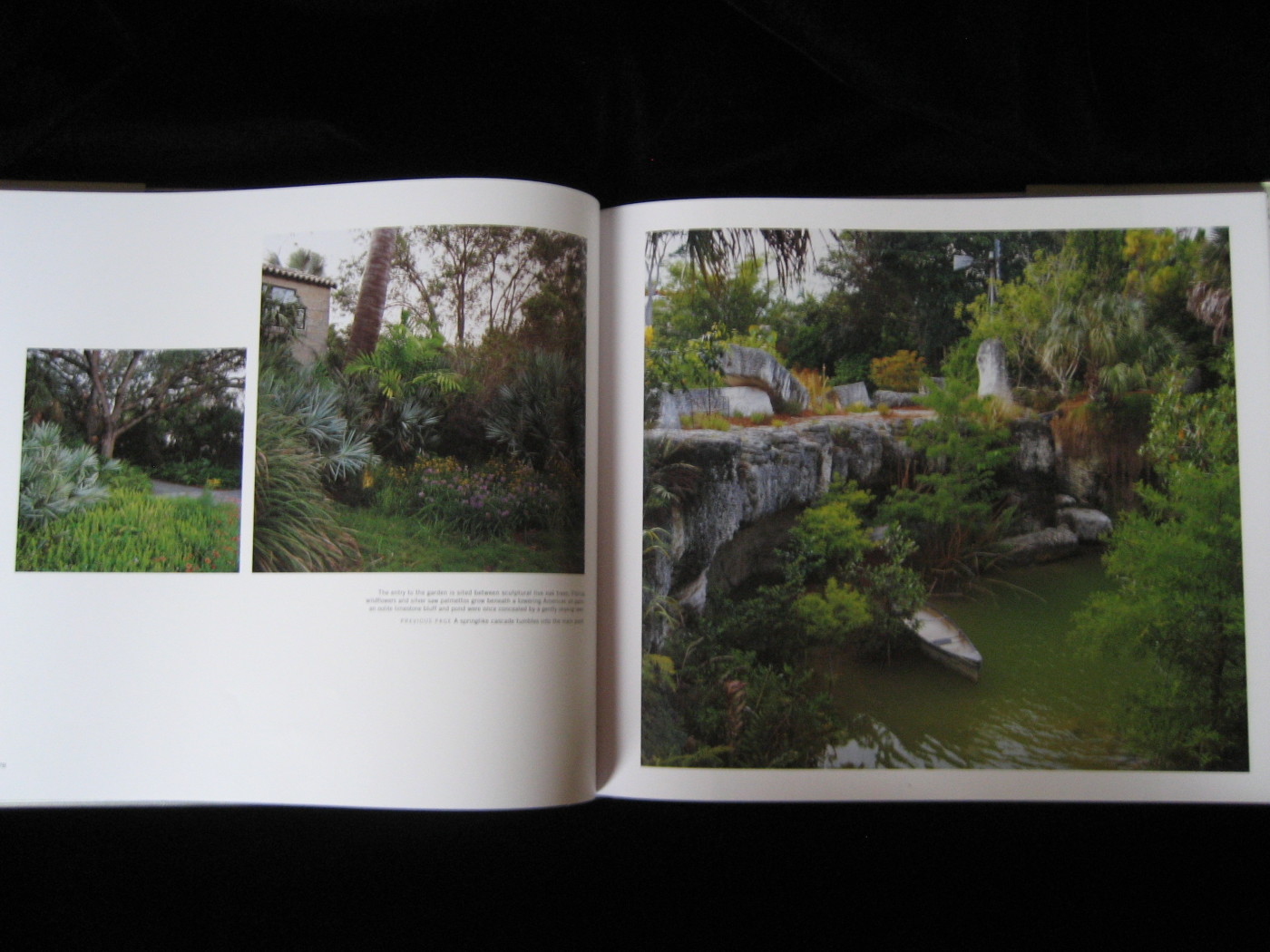 Raymond Jungles introduces himself with a short biography titled, “Doing What I Like,” and shares his serendipitous path from childhood through his college years. He pays heartfelt tribute to his mentors and how they helped shape him into the person and designer he is today. His stepfather was the first mentor he mentions and gives him credit for igniting his passion for the outdoors and adventure. When he was supporting himself through school as a landscape laborer, Jungles found yet another mentor in his boss, John Ross, who encouraged him to become a landscape architect and taught him the importance of human relationships. “He [Ross] taught me that human relations and enthusiasm are the primary ingredients in building a garden.” 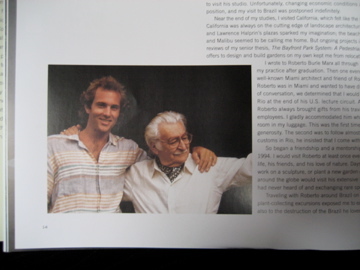 The mentorship and friendship he had with Roberto Burle Marx started when he was a young professional just beginning his career and lasted 14 years until Marx passing in 1994. Jungles found inspiration from both the person and work of Roberto Burle Marx.
In a phone interview, I asked Jungles what he learned most from Marx. He replied, “He (Marx) is the most perceptive person I have ever met. He taught me the sense of living life as an art form, enjoying everything that life has to offer, and to look at everything with a renewed interest and with a non-jaded approach to life.” 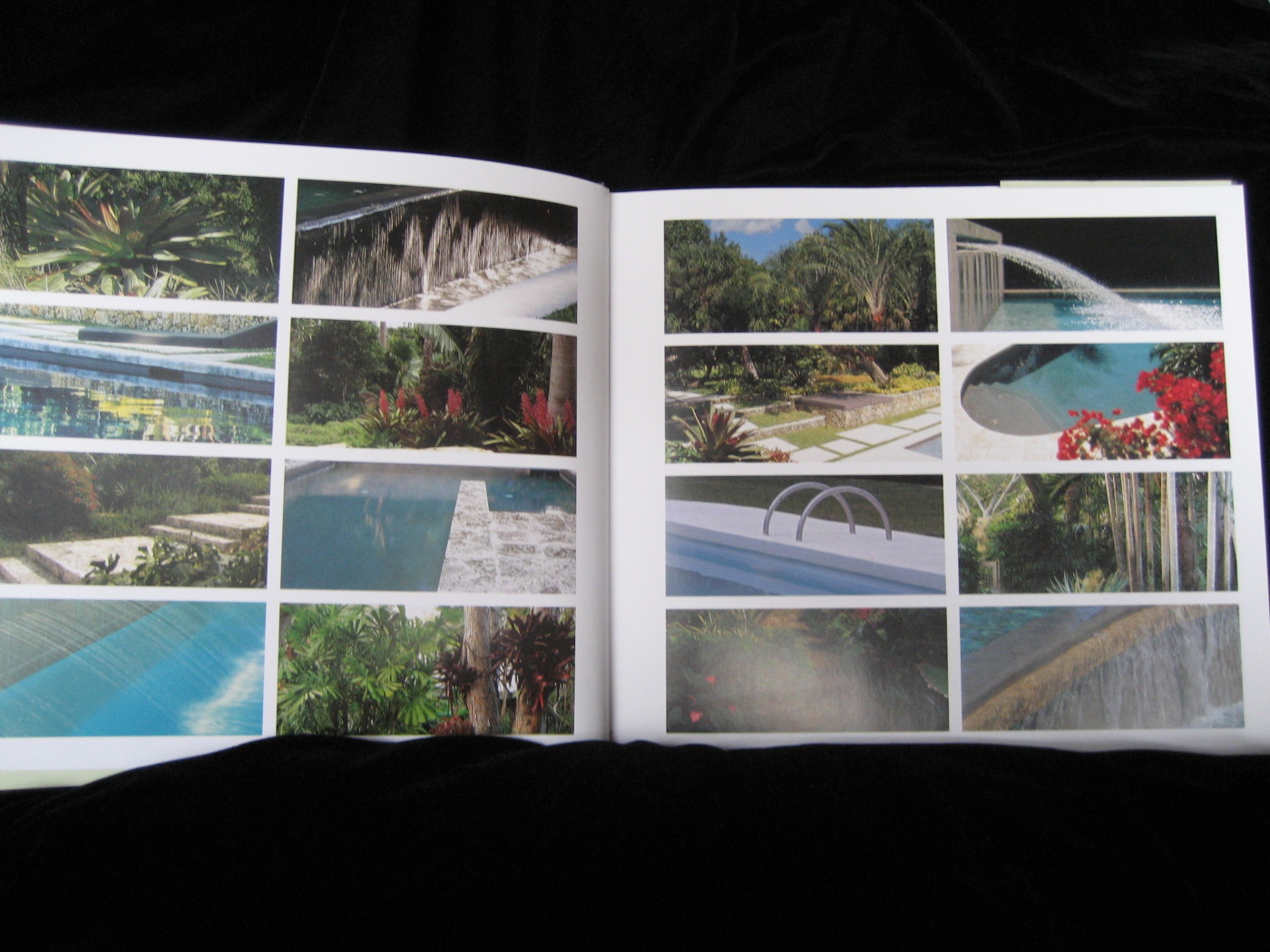