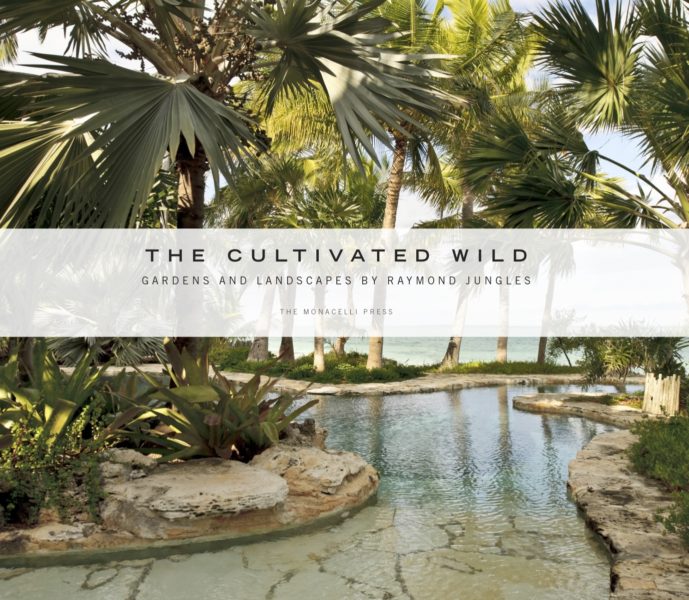 When I was a student, I had the wonderful opportunity to take a school field trip to south Florida and tour some of it’s most iconic landscapes. We embarked with the intent of inspiring our young minds with the possibilities of unique and prolific tropical flora as well as the colors, sights, and sounds of South Beach. Though I was struck by the breadth of Fairchild Gardens and the charm of Lincoln Road, the most wonderful part of the trip was a private tour of a sprawling residential landscape by the designer who had actually led the project. I found myself in disbelief that the plants and rocks before me had actually be set there with intent. Everything looked so natural! My classmates and I were dumbfounded and many of us hoped (and still hope) that one day we would have the skill to craft such seamless landscapes. A professor once told me that the greatest compliment he ever received was someone saying he “hadn’t had to do much” on a project that was, in fact, extensive. He knew that though you can’t replicate the complexity of nature, a deft approximation is nevertheless impressive.

All that being said, if anything, Ray Jungles’ third and most recent monograph, The Cultivated Wild, seeks to exemplify the best of his most recent work without simplifying him as only the talented protege of famous Brazilian landscape architect, Roberto Burle Marx. While the project he toured us through was wonderful, this books seems to show off some of Jungles’ projects in more varied locations and plant typologies. The landscape architect’s last book was published in 2008 and named The Colors of Nature: Subtropical Gardens by Raymond Jungles. It was mostly residential, mostly modernist, and mostly in Florida. This book is a “geographic expansion and typological broadening.”

The new book features 21 gardens from his hometown Miami to the Bahamas, but also in less expected places like Mexico, Montana, and at the New York Botanical Garden. Each project is supported by stunning photos, a combination of handdrawn plans and digital graphics, as well as a wealth of descriptions and planting information. In this monograph incarnation, Jungles does a much better job providing scientific names for plants used that can be helpful for readers that are not well versed in tropical typologies. 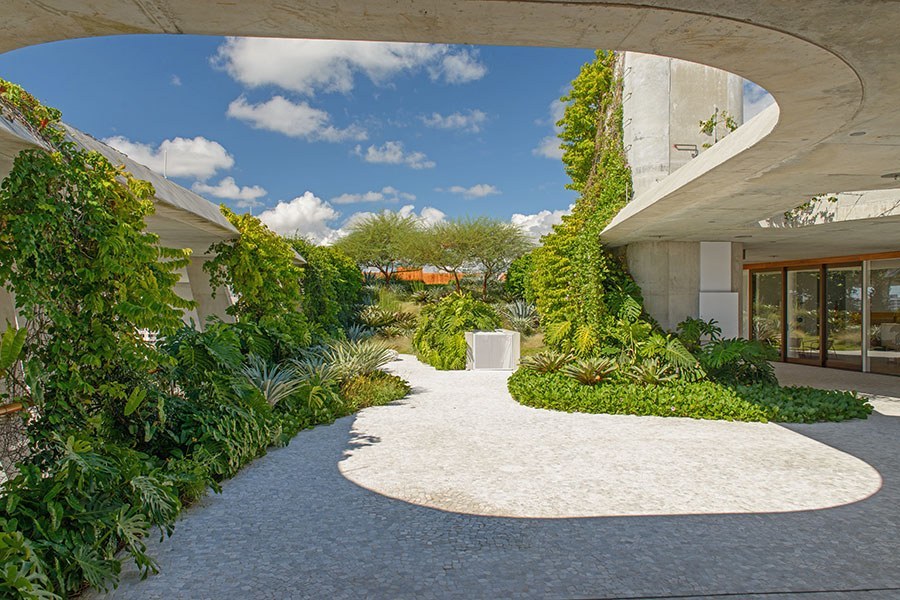 After an introduction by the venerable Charles Birnbaum of the Cultural Landscape Foundation, Jungles leads off with his new Sky Garden at Lincoln Road. The space is above a parking garage but you would hardly know if from the pictures. The design was afforded some planting depth, hard to come by on roof designs, and the designer used every inch of it to sock in a varied palette of philodendrons, grasses, and hardy bromeliads and agaves. Despite what may be a difficult context, Jungles manages to create a naturalistic scene that balances with Herzog & de Meuron’s stark concrete forms. 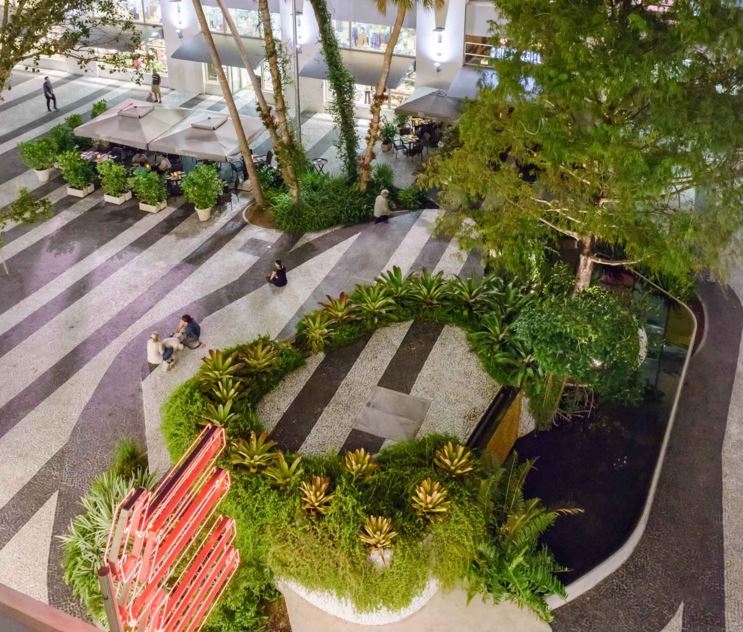 Down below, Jungles’ most prominent project yet races down an alley of high end shopping and outdoor dining with irregularly shaped fountains and a very Burle Marxian paving pattern. 1111 Lincoln Road is the reimagining and revitalization of one of the most iconic streets in South Beach. 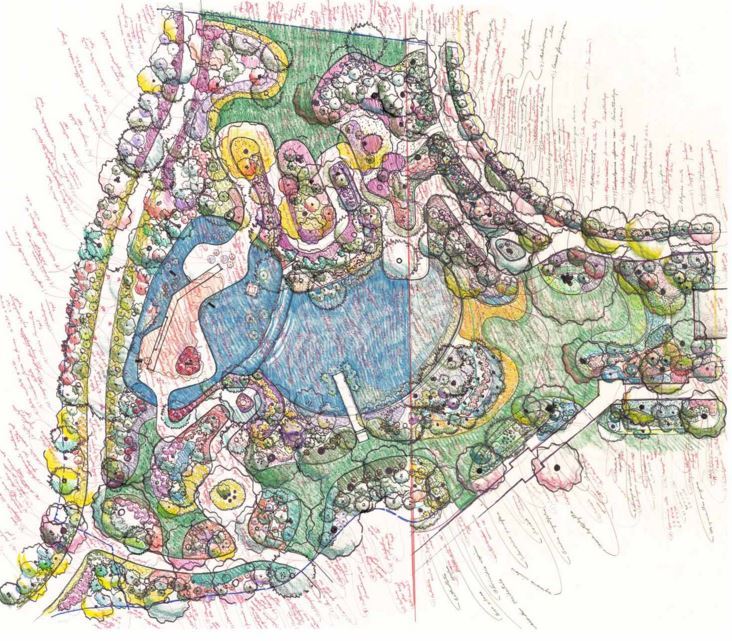 One of the real gems of the book are the hand drawn planting plans like that for the Naples Botanical Garden. Here you can really see the complexity of the plan and it’s something that a fellow practitioner really might find interesting.

My favorite highlighted project is the New York Botanical Garden’s exhibition Brazilian Modern  where Jungles sought to design an orchid show that “reflects the spirit and tropical vibrancy of present-day Brazil.”  The presentation space was very narrow, but allowed a proliferation of orchids to surround and overwhelm a visitor. Pieces of Burle Marx art were also included.

Jungles’ newest monograph is a well conceived and beautiful presentation of the landscape architect’s most recent work. More care has been taken to show process drawings and to identify planting, which is appreciated. I personally would love to have even more information to pair with all the wonderful photographs. Jungles still is able to amaze with his naturalistic designs and mastery of tropical flora. The book itself is a well situated hardcover with crisp, thick pages by Monacelli Press, the publisher of other notable books such as Hummelo by Piet Oudolf and The Authentic Garden by Richard Hartlage. I am very excited to see what the most applicably names landscape architect has in store for us next.

Benjamin Boyd is a landscape architect practicing in Baltimore, MD and sometimes misses getting to use more tropical plants in his designs.