Press Release – The European Council of Landscape Architecture Schools, ECLAS, represents the academic community of landscape architecture in Europe. ECLAS exists to foster and develop scholarship in landscape architecture. Its aims are to strengthen contacts and to enrich the dialogue between its members within the wider European social and institutional context.

For the first time, on 20th November 2009, the Lifetime Achievement Award for Outstanding Contributions to European Landscape Architecture Education was given to three prominent scholars:

The awarding ceremonies were held, in parallel, in Budapest and Ljubljana.

In Ljubljana, the award was presented to Professors Janez Marusič and Dušan Ogrin, by the ECLAS president Diedrich Bruns, during the scientific conference “Dilemmas In Contemporary Landscape Architecture”. This conference was organized, on the occasion of Professors Marusič’s and Ogrin’s 70th and 80th birthdays, by the Department of Landscape Architecture of the Biotechnical Faculty, University of Ljubljana, to demonstrate their great appreciation for two distinguished colleagues, the founding fathers of landscape architecture in Slovenia. The conference provided an excellent opportunity to critically reflect on current developments in landscape architecture.

In Budapest, a ceremonial scientific session was held, in Professor Mőcsényi’s honour, to celebrate his 90th birthday. The event was organized, by the Faculty of Landscape Architecture and the Scientific Committee of Landscape Architecture, at the Hungarian Academy of Sciences. The ECLAS Award was presented to Professor Mőcsényi by Richard Stiles after his lecture on achievements made with the LE:NOTRE project. Diane Menzies, president of IFLA, who also gave a scientific lecture, saluted the former IFLA president Mőcsényi with a decoration. 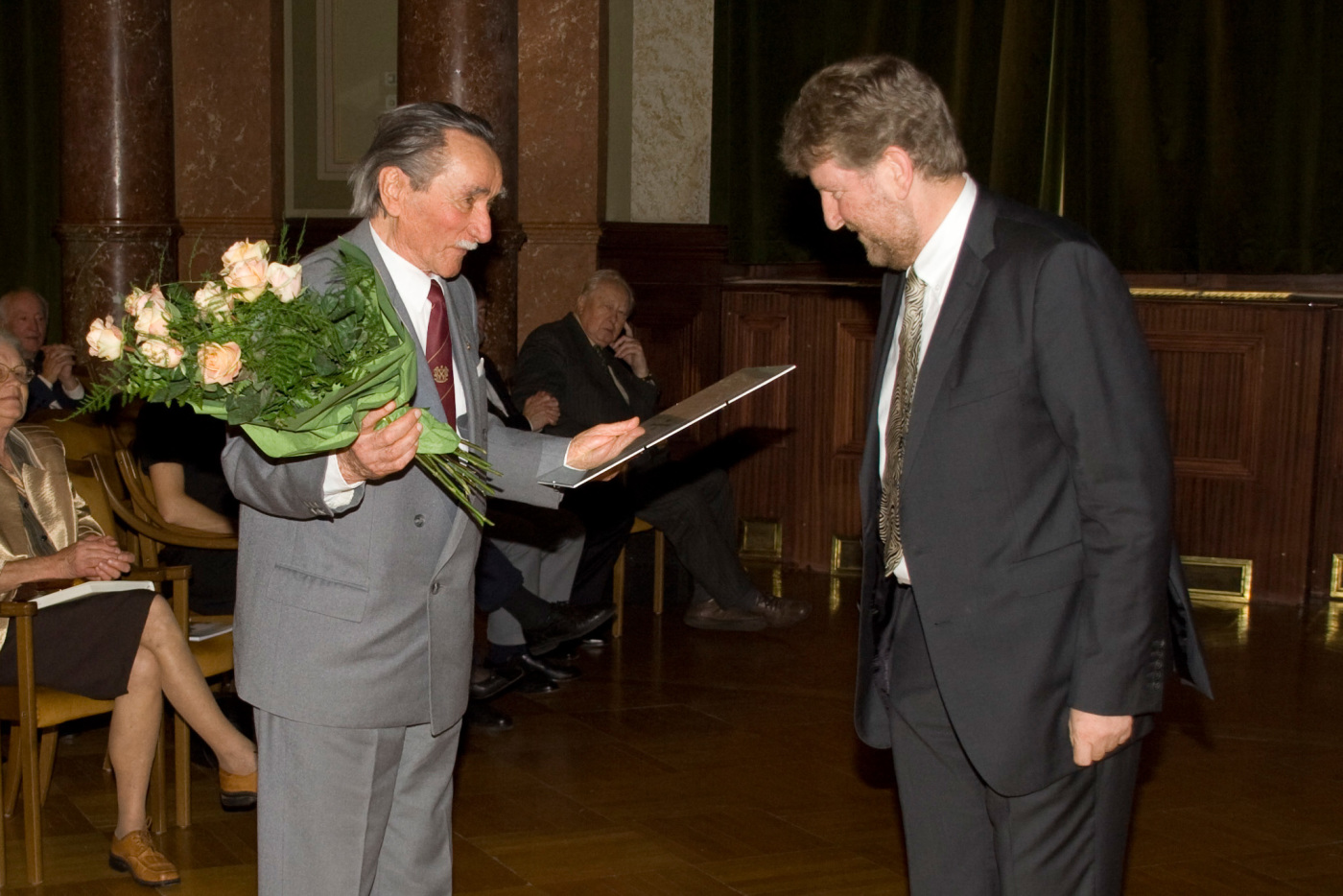 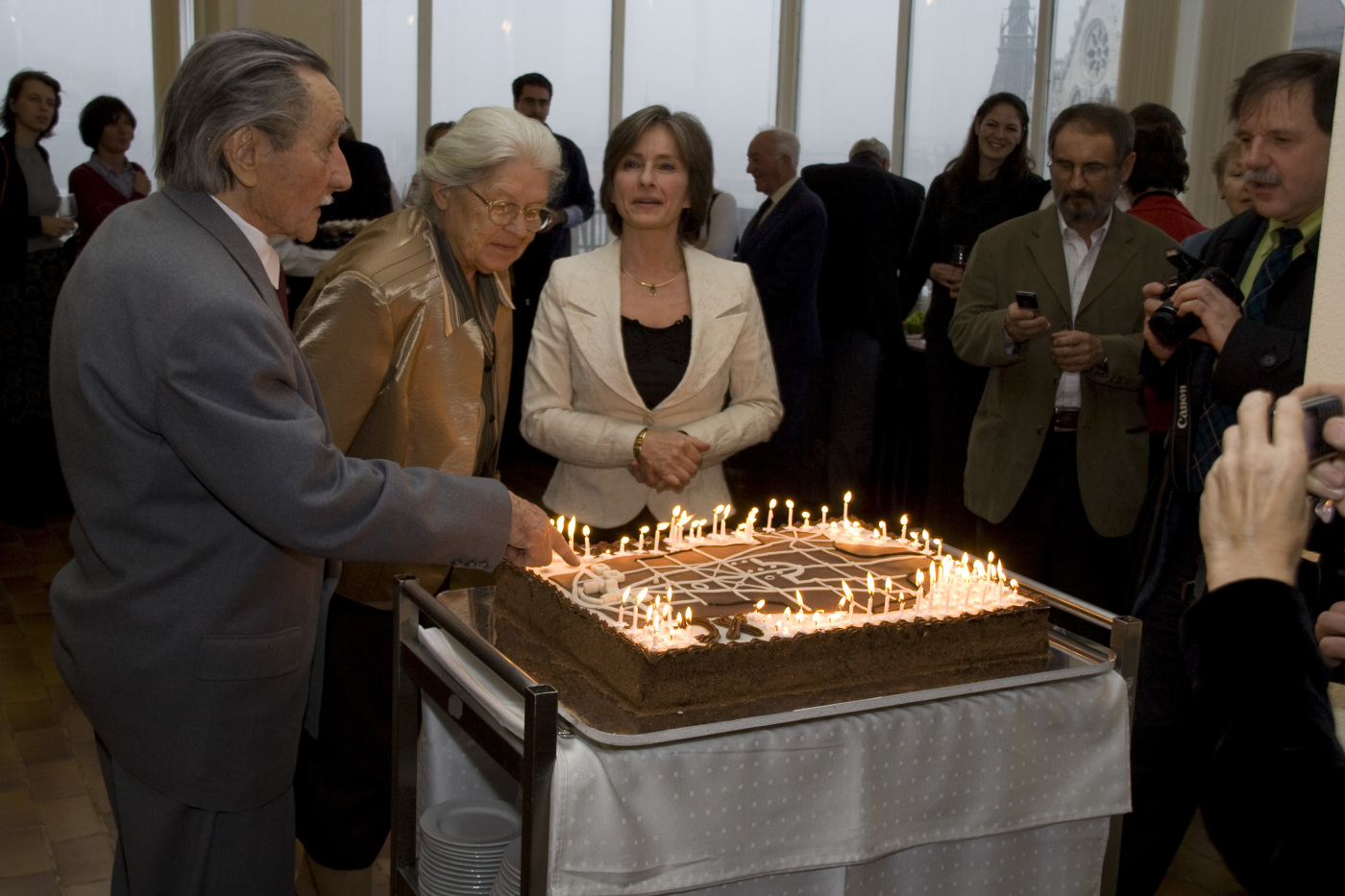 From 1996 to 2006, Professor Marušič served as head of the Department of Landscape Architecture of the Biotechnical Faculty in Ljubljana. He is member of several committees (the Council for Environmental Protection of the Republic of Slovenia, the Office of Physical Planning of Slovenia, and the Committee of Experts at the Highway Company of Slovenia). He heads the main research group at the Department of Landscape Architecture.

In terms of non-academic work, Professor Marušič has provided consulting services for the Slovenian government and various agencies and municipalities in Slovenia. His most recent development projects include a new hydroelectric power station, high voltage overhead transmission lines, wind generators, and radioactive waste disposal site selection. His most recent research project dealt with landscape conservation problems in Slovenia, and specifically methodologies for the development of management plans for protected areas, agricultural spatial planning, strategic assessments of regional development plans, and the elaboration of guidelines for landscape improvement activities. 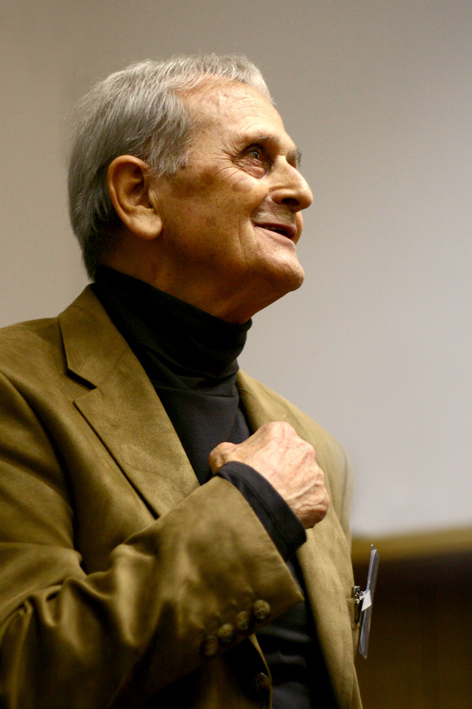 Professor Ogrin has written a substantial number of landscape design projects and received several awards. He has also written five books, one of which was published in English translation by the London publisher Thames and Hudson, and in Italian translation by Fenice (Milan, 2000). His papers and articles have appeared in many journals both in Slovenia and abroad.

Professor Ogrin has chaired and been a member of several organisations in the Slovenian Parliament and other government bodies, the University of Ljubljana, and foreign institutes: IFLA Grand Council (member), the Landscape Planning Committee of the International Union for Nature Conservation (chairman), International Curatorium of the Goethe Foundation of the European Prize for Nature Conservation and Landscape Planning (member). He has also served on the editorial boards of several publications: Landscape Planning in the Netherlands and Landscape Journal in the United States. He founded the Yugoslav Association of Landscape Architects and served as its first president. He served as the national coordinator for landscape research in the Ministry of Science of the Republic of Slovenia for several mandates.

Professor Ogrin has received several awards, both national and international, for his work. The following list includes only the most important among them: the Silver Medal of Freedom of the President of the Republic of Slovenia (1997), Ludwig von Sckell-Ehrenring Award from the Bavarian Academy of Fine Arts (1995), München and Peter-Joseph Lenné Gold Medal from the Johann-Wolfgang-von-Goethe Stiftung, Basel (1975).

Mihály Mőcsényi, professor of landscape architecture, is a doctor of Hungarian Academy of Sciences. During his long and successful carrier he has furthered the development of the practice and the education of Hungarian landscape architecture and enhanced its appreciation both nationally and internationally. One of his greatest successes in the Hungarian educational development is the deed of foundation of the Faculty of Landscape Architecture in 1992. He has built up wide international professional connections, which he always utilized in the interest of furthering education in landscape architecture. He encouraged his students to go on study trips abroad, even in times when this was not an easy task to organize in Hungary, because of political reasons. By means of his successes in international design exhibitions (many of his plans for the “Hungarian Garden” at various events have won prizes), and through his professional appreciation, he was elected vice-president of IFLA Central Region in 1982, and president of IFLA in 1986.