Did you know that the world’s first ministry for the environment was established in Denmark in 1972? Since then, Denmark has achieved several environmentally sustainable goals and has been well known for creating a green and a sustainable society. So it is not a surprise that nowadays this country has the greenest city in the world — Copenhagen — and that it is among the top five “greenest” countries according to the 4th Edition of the Global Green Economy Index.

Other Danish cities also innovate in creating and implementing new sustainable initiatives. The city of Aarhus – the second most populous city in Denmark, after Copenhagen – has 134 parks, and its Botanical Garden is the oldest and one of its largest, as reported by Aarhus Kommune. 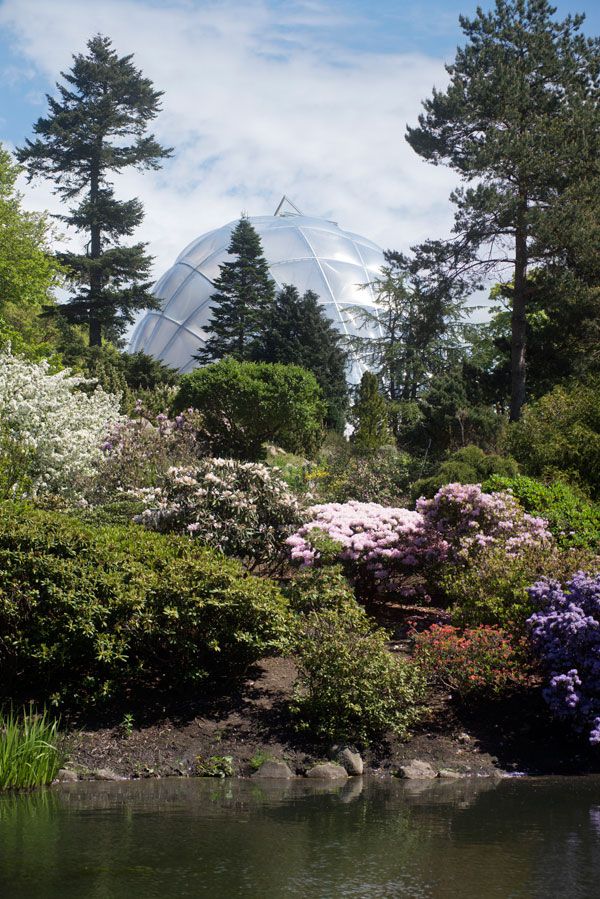 Open since 1873, the Botanical Garden in Aarhus, like many other botanical gardens in the world, was created first as a study-ground associated with a university and also for the cultivation of fruit trees and others species that produce food for local citizens.

Nowadays, botanical gardens are more tan just scientific research centers. They are public spaces where citizens can truly relax and recharge by having a picnic on the lawn, reading a book, enjoying the landscape, or taking a contemplative walk. 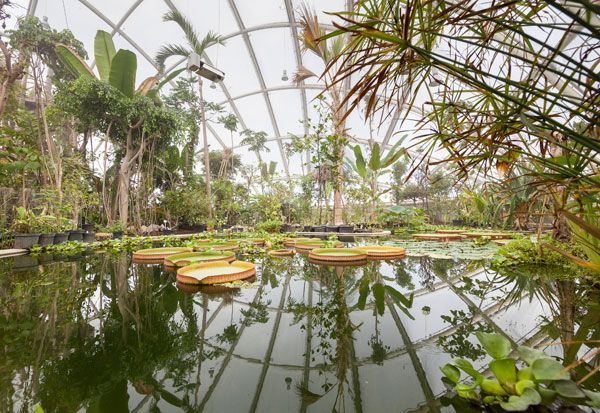 The current concept of the Aarhus Botanical Garden goes beyond the traditional understanding, as it explores new ideas and perceptions, such as the incredible greenhouse structure.

Originally designed in 1969 by C.F Moller Architects, the snail-shaped greenhouse is a national icon. Despite the fact that in 1969 the greenhouse was mainly used for research, one must note that it displays an aesthetic concern that was not frequently explored in the traditional typology of greenhouses. 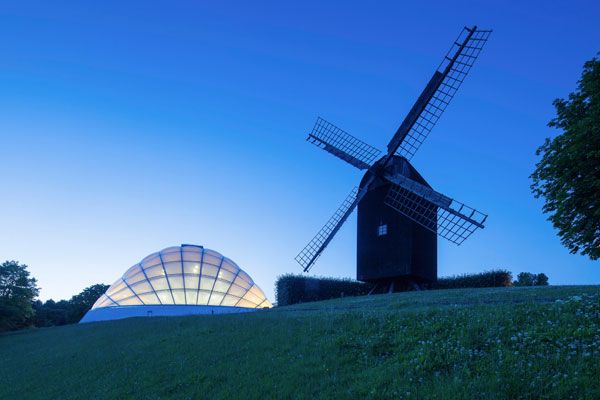 Decades later, the greenhouse needed an expansion due to the massive collection of tropical species, especially large ones. To fulfill this demand, there was an architectural competition in 2009 to create and add the new tropical hothouse to the old greenhouse. 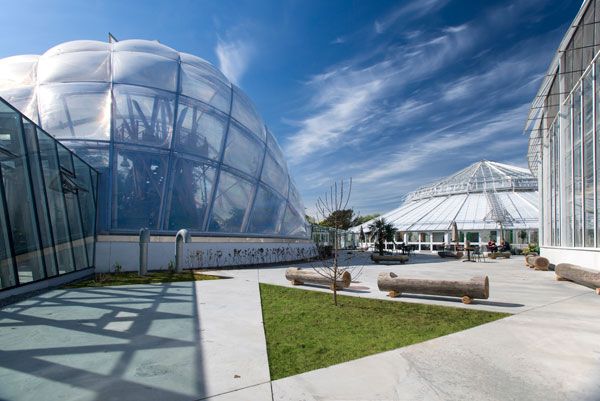 How One Design Came Around Full Circle

The same architects who first designed the greenhouse won the architectural competition to renovate it. This time, C.F. Moller Architects, in cooperation with Soren Jensen Radgivende Ingenior, worked not only on the function and shape of the addition, but also on incorporating contemporary sustainable concepts.

The New Palm House in the Botanical Garden in Aarhus

The new palm house is 18 meters tall and has a gorgeous transparent dome set on an oval base — a result of the use of current technologies such as energy-saving design solutions, solar energy, and material engineering. Moreover, the architects and engineers used advanced calculations to optimize the structure, producing a better interaction between form and energy consumption. 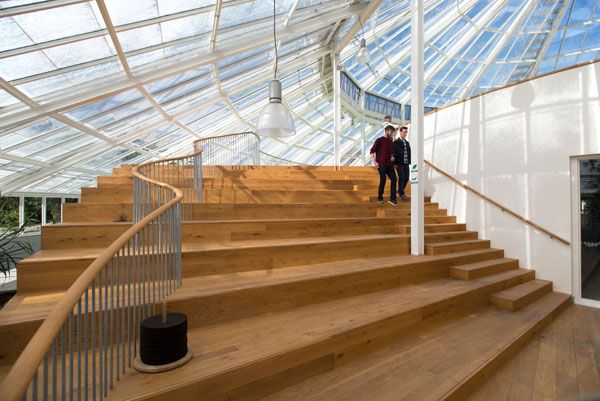 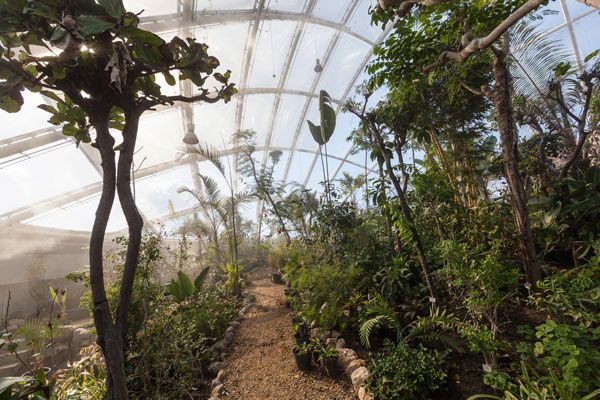 The Power of the Dome 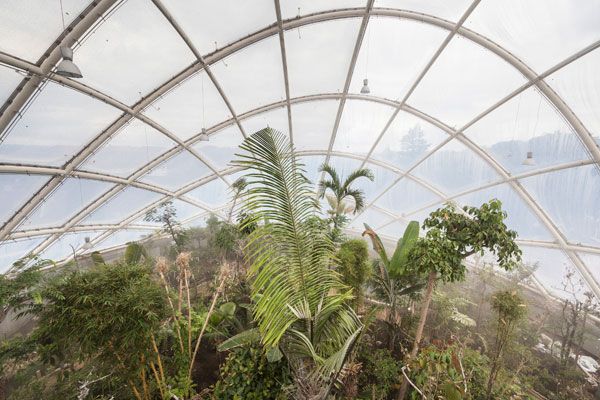 Lastly, following the same idea of exceptional integration between internal and external environments, the old palm house inside the snail-shaped greenhouse was transformed into a pleasant public café and knowledge center, which was also extended into the new tropical greenhouse. 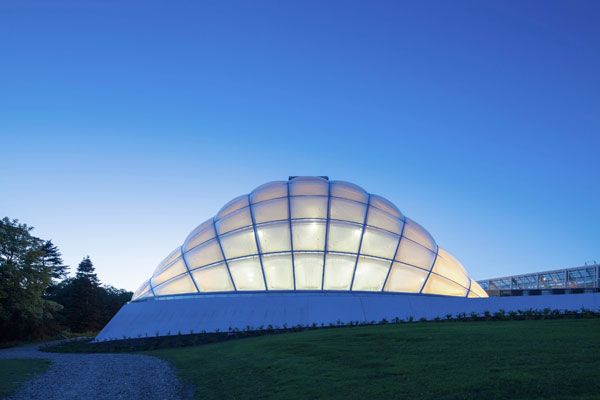 A greenhouse is already, by itself, a way to preserve the environment, and certainly designing a greenhouse based on contemporary sustainable concepts is an even better way to do so. The original snail-shaped greenhouse is not only a national icon in greenhouse architecture, but also a reference in greenhouse sustainability. Surely, all countries should be motivated by Denmark’s sustainable initiatives.