A review of Simon Beck’s unique art of geometry on snow. Land art often is associated with sandy or stony coasts or deep green hills and hollows. Simon Beck, however, is the founder of a very different and special kind of land art: snow art. His drawings in the snow go far beyond our snow-angel childhood memories. He produces geometrical art works that cover areas the size of multiple soccer fields. They are reminiscent of crop circles or huge, beautiful mandalas in the endless, white landscape of winter. 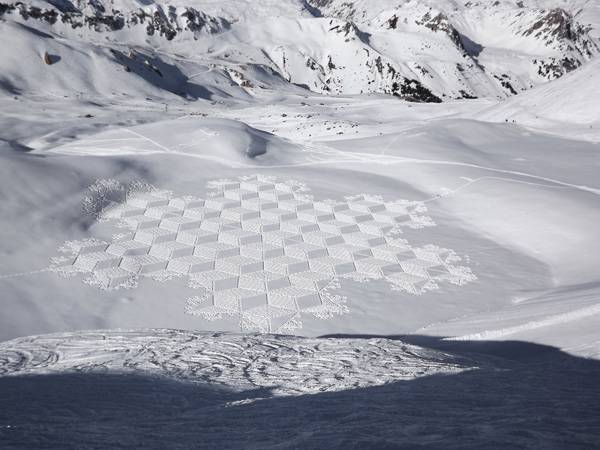 Beck’s design process starts with a sketch on paper, which he then creates in nature on a much larger scale — one to four hectares per work. His designs are influenced by the world of complex mathematical forms, geometry, and sometimes crop circles. Each of his stunning drawings in the snow takes at least 10 hours to accomplish and requires that he walk between 20 and 30 kilometers. Walking such a distance in fresh, deep snow is unbelievably hard work; hence, his creations are both artistic and athletic masterpieces. 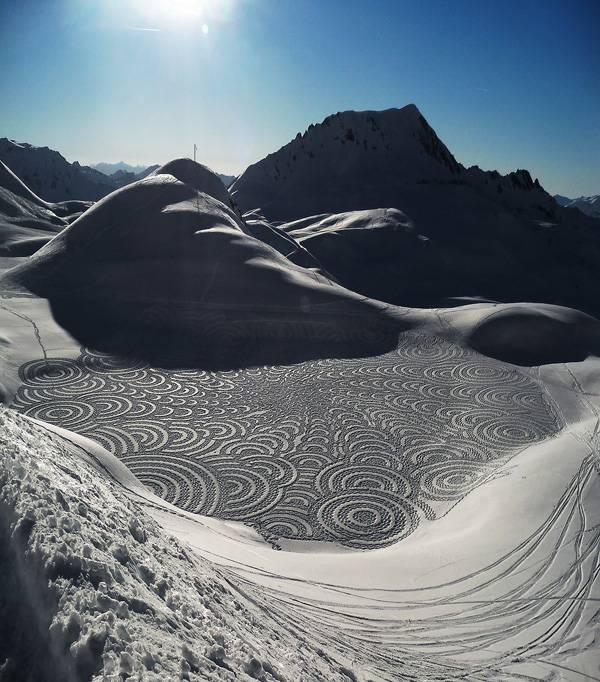 How It All Started Ten years ago, Beck started his artwork as “a little fun after skiing one evening” . In December 2004, he decided to do some orienteering (which used to be his main source of income) and went with his compass to a snow-covered lake. There, he plotted five points in a pentangle and joined them up to form a star. He filled in the 15 triangles that resulted from this, and later added some circles. After examining his work from a nearby chairlift the next day, he was impressed. Repeating this exercise with even more complex drawings led to the rise of Snow Art. 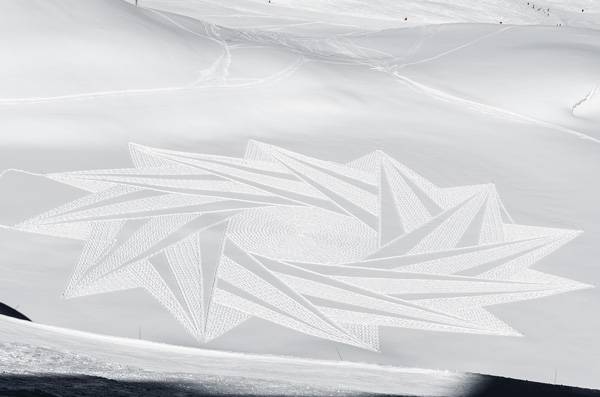 Back to the Roots While other artists in the land art community work with multiple methods using different tools — even heavy construction equipment – Beck is only equipped with a compass and his snowshoes. He works in bleak regions under hard conditions, always against the time and the cold. Working in fresh snow means Beck is powerless to the elements: The temperatures could warm and melt the snow, or more snow could fall and cover his work. Related Articles: 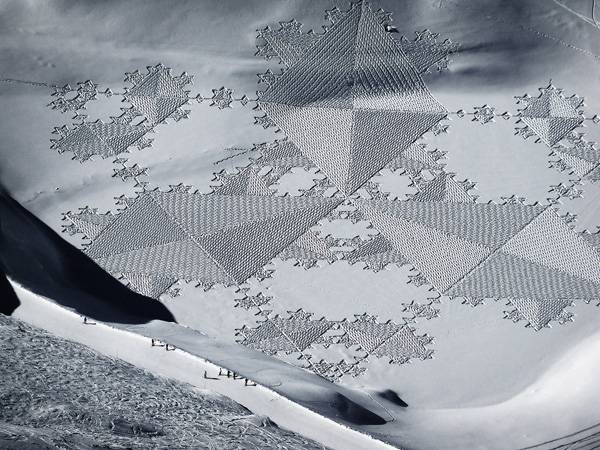 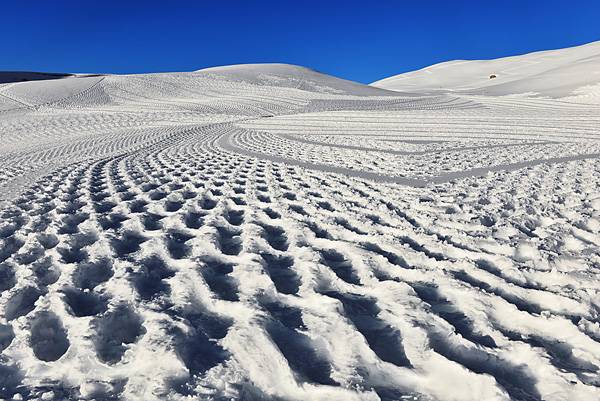 Sketches and Math The first stage of designing a snow art masterpiece is the same as beginning with a landscape architecture project: sketching on paper. Since Beck is really into mathematical formulas, most of his works turn out to be adapted shapes of them. Some of his favorite ones are the Sierpinski triangle, the Koch snowflake, and the Mandelbrot Set.

To get those beautiful geometric drawings onto the snow, Beck starts by measuring. To create straight lines, he uses the compass; but curves are made by his own judgment. Both require lots of practice. After this framework is completed, Beck uses a simple pace count method to measure distance and create points along the frame. By joining these points, he adds secondary lines before finally filling in the shaded areas. 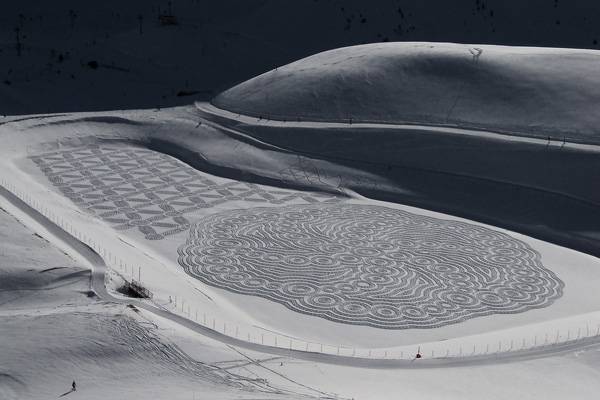 Beck improves on his unique creations every year, mostly in the region of Provence-Alpes-Côte d’Azur (France), maintaining his position as the world leader in producing snow art. Today, Snow Art by Simon Beck is known worldwide. With his remarkable shapes on the untouched snow, Beck wants people to see not only what impressive land art can be created in snow, but also to feel the urge to preserve the mountain landscapes that support them. His example also shows us that we are improving ourselves with every project and every drawing. Even if we don’t get credit for our work (at the moment), it is still worth all efforts as long as we enjoy it. 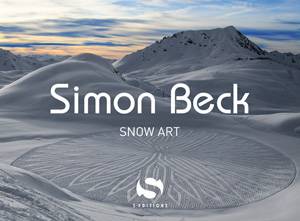 Click on the image and pick up your copy!

Recommended Reading: There’s really only one book we can recommend here and that’s Simon Beck: Snow Art a perfect gift or for anyone who wants to know more about his incredible work. Article by Sophie Thiel Return to Homepage Published in Blog