DLC is an interdisciplinary studio that describes their approach as following both the principles of aesthetics and of environmental design to create spaces that, according to owners Maria Domínguez and Rafael López, “blur the edges between design, architecture, and landscape.” This approach can be seen in one of their latest projects, the Coyoacán Corporate Campus, completed in 2013 and located in one of Mexico City’s oldest neighborhoods.

Unlike some of the more modern areas of Mexico City, the neighborhood of Coyoacán, located in the Federal District, is characterized by its old world charm and low-rise buildings, which the design team sought to emulate through their thoughtful design. Coyoacán 1622, a corporate building, is unique in its design in that it is not the typical high-rise found in other parts of the city. Instead, the project was built horizontally to take advantage of the beautiful local weather and to mimic the nearby buildings and architecture. 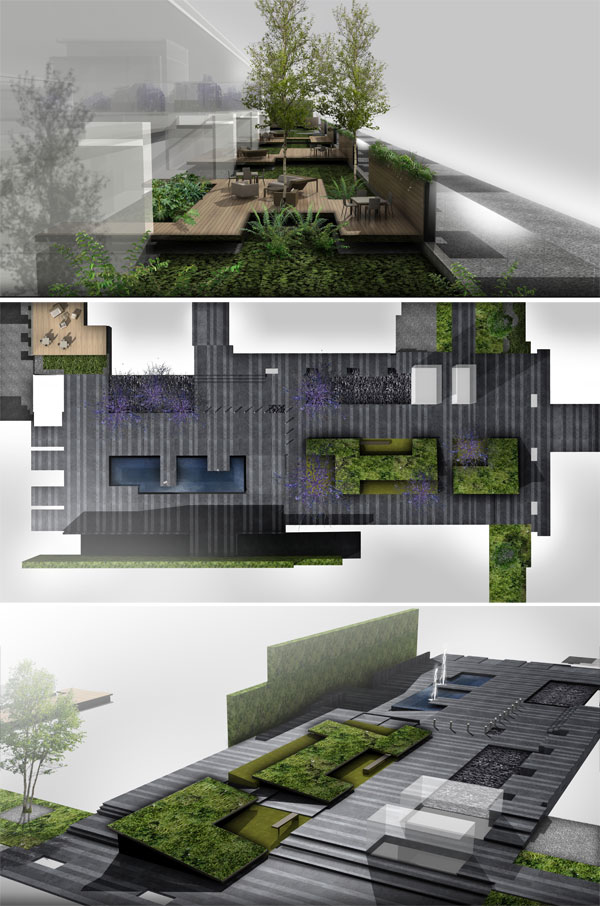 Originally, the site was an old pharmaceutical laboratory complex, the interdisciplinary team of designers were tasked with renovating it and transforming it into an office campus or park, instead of tearing it down and starting from the beginning. 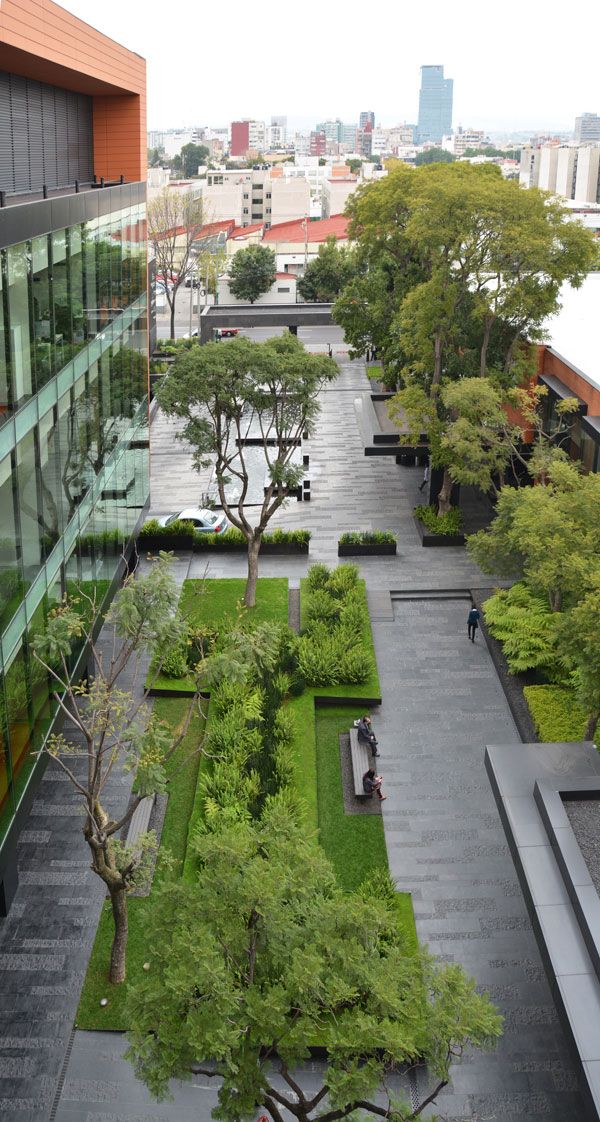 The complex is home to four main buildings, all of varying sizes and geometries, and if not for the landscaping, the buildings might appear to be disjointed or unconnected. The design team addressed this though by designing a landscape that created an illusion that the project was built around existing trees and plants. In actuality though, the landscape was highly planned and designed to integrate the out-of-doors with the indoors as a way to extend the workspace outside to allow for informal meetings and presentations. According to DLC, “the exterior design takes on a major role as becoming the transition that glues one building to the other,” which was one of the team’s main goals. 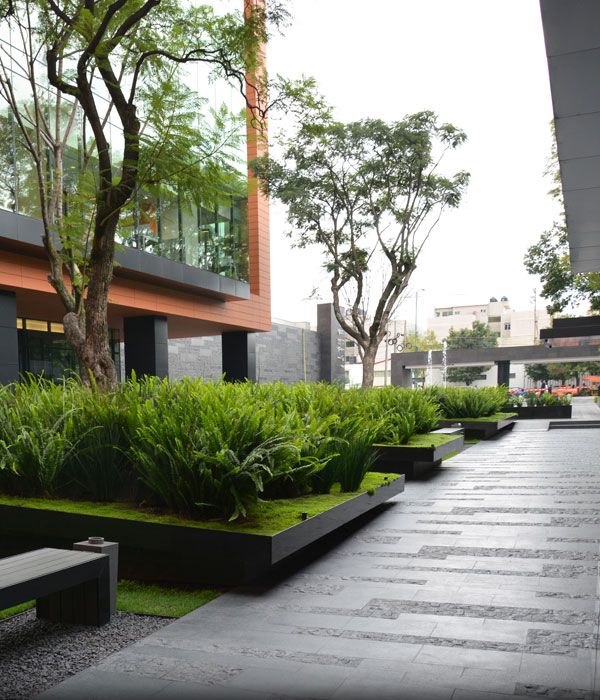 Almost half of the 78,000 square foot site is dedicated to these green areas, with over 9,000 square feet of wooden terraces, or decks, which further enforces the importance of the outdoors to this project. 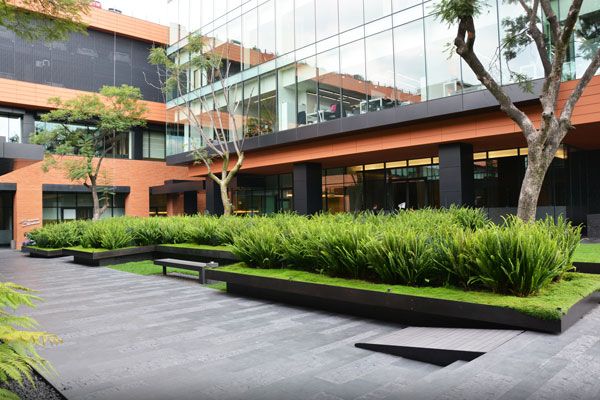 A Pioneering Project To many people in Mexico this is viewed as a pioneer project based on the overall scale. The buildings and landscapes were all designed at the human scale as a way to increase the joy of the users and enhance their quality of life. Intimate areas invite users to sit and relax in comfort without feeling overwhelmed by their surroundings. To further enforce this idea of intimacy, designers incorporated elements such as communication ramps and layered green areas that are meant to provide users with flexibility without blocking any of the views. These layers also add depth to the design while ensuring that all areas are connected and integrated into the total design. Applying Sustainable Measures  The design team looked at issues of sustainability due to its location in one of the largest cities in the world. Low maintenance plants that are indigenous to the area were used to cut down on water usage and materials such as black volcanic granite were used on walls and floors based on their longevity. 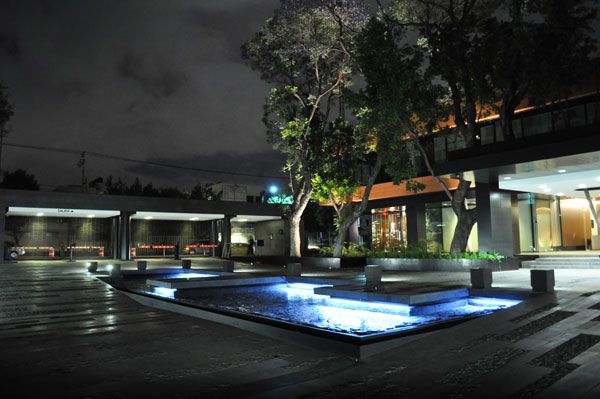 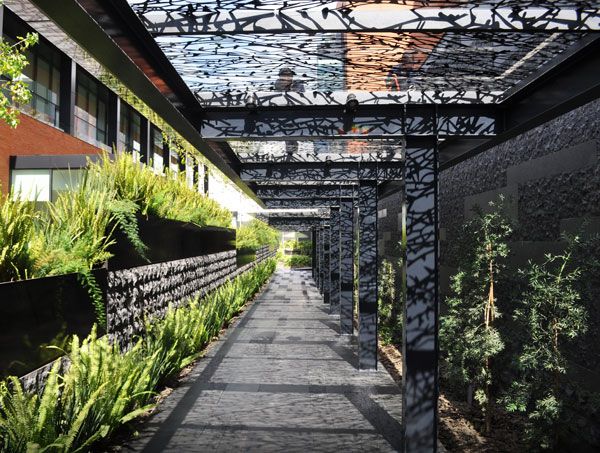 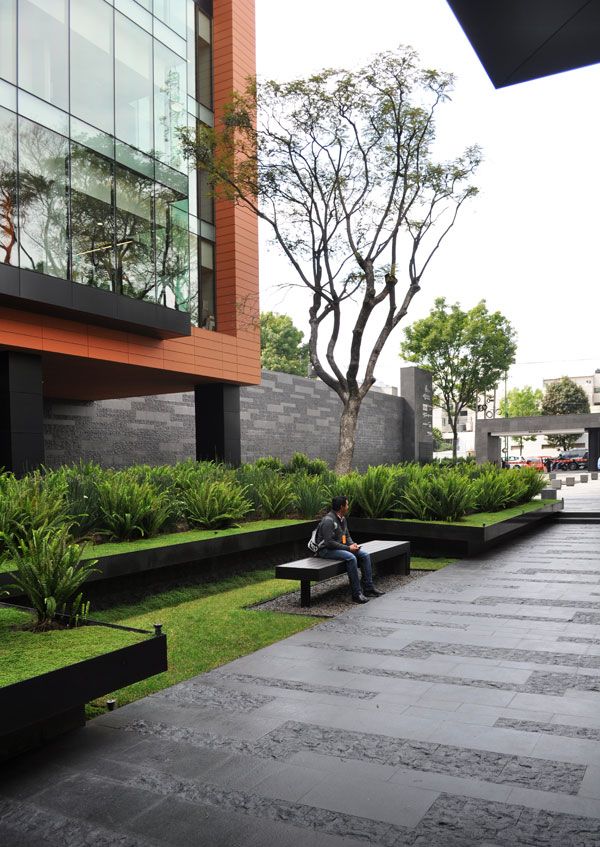 The project was awarded the CEMEX Award in 2013, “an initiative created and organized by CEMEX for the purpose of distinguishing the best in architecture and construction around the world,” according to the CEMEX website. The project won first place in the category of “Commercial and Mixed Uses.” Recommended Reading: