New York City’s best display of public art is in a fight for its life. The 5 Pointz, located in Long Island City, Queens, has long been a haven for artists to express their work and even build a career. The building’s exterior is covered with aerosol art dating back to the early 1990s, earning it the distinction of New York’s “Graffiti Mecca.” On the inside, it has provided studio space to up to 200 artists at a time, giving them a place to grow their craft at below market value. The turning point On August 21, 2013, the New York City Planning Commission unanimously voted to approve plans to build condos on the 5 Pointz site. In a recent hearing, owners of the site got a judge to delay the demolition of the converted warehouse by 10 days with their first restraining order. This should buy them time to testify in court that the building’s artwork should be protected under the 1990 Visual Artists Rights Act. The developer, David Wolkoff, had set a tentative demolition date of November  6, and is determined to accomplish his goal by the end of the year. 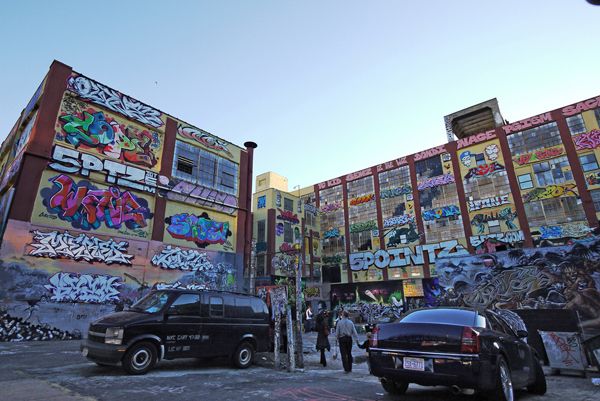 Famed English graffiti artist Banksy has spoken out in favor of preserving the 5 Pointz in his last days as a resident of New York City. His political activism and ironic and dark-humored displays of art have garnered attention and caused debate all over the world. During this past month of October, he made the city of New York his personal canvas as he created works of all different kinds of media throughout the city. As an artist whose canvas is the city, supporters of 5 Pointz had been hoping he would use his voice as a local presence opposed to the building’s destruction. He has now released an audio clip in defense of the cause. “If just one child has been inspired to pick up a can of paint and make some art, well that would be statistically disappointing considering how much work I put in. Outside is where art should live, among us, and rather than street art being a fad, maybe it’s the last 1,000 years of art history are a blip, when art came inside in service of the church and institutions. 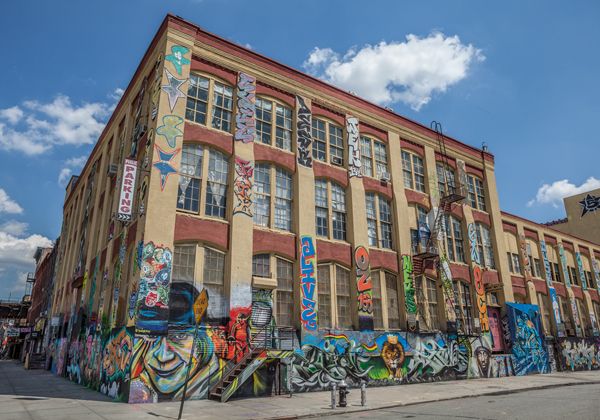 “But art’s rightful place is on the cave-walls of our communities, where it can act as a ‘public service’: provoke debate, voice concerns, forge identities. “The world we live in today is run by, visually at least, traffic signs, billboards, and planning committees. Is that it? Don’t we want to live in a world made of art, not just decorated by it? — Banksy My take This sanctuary for urban art cannot be recreated, and is destined to be replaced by a pair of uninspired, bland condominium towers devoid of color and expression. In an attempt to appease the opposition, the towers are to include 20 artist studios and indoor “art panels,” which the 5 Pointz group has been offered the opportunity to curate. This half-baked attempt at compromise shows the developer’s ignorance toward the meaning and significance behind keeping the existing artwork. There is no way to duplicate the history and works of the current site, especially not with a small, measured, indoor display. The addition of the art studios is equally ill advised, as the art community’s interest in calling that location home would vanish along with the old warehouse. 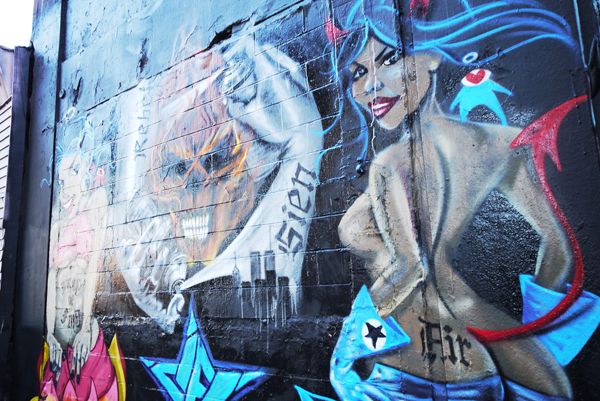 The publicity generated from Banksy’s comments have added to a growing public support for the salvation of the 5 Pointz site. It has been accumulating an incredible display of professional graffiti representative of the last 30 years of urban art. The next few days will be critical to its survival, and its demolition can only be stopped by a groundswell of public activism. Your opinion can make a difference, especially if you live in New York! Article written by Peter Salamon Featured image; credit: BrooklynScribe / shutterstock.com Published in Blog