Landscape architects – and I include future ones in this group – seem obsessed with cities these days.  Urban projects are all over the place at conferences and in design magazines, and even more predominate in related social media and the blogosphere, to the point that it makes me wonder if we all really just want to be urban designers. Of course there are legitimate and good reasons for this focus, such as the fact that more work is becoming available in cities as people migrate back from the suburbs, and high profile urban projects give landscape architects greater exposure on the media map.

Even so, I do worry a little that this preoccupation with big city landscapes may limit the perspective of students and young professionals to just how vast and diverse this profession really is. Although I won’t address all the possible career paths for landscape architects here, I do want to point out a specific and important segment of landscape architecture that rarely gets much attention: the campus landscape. 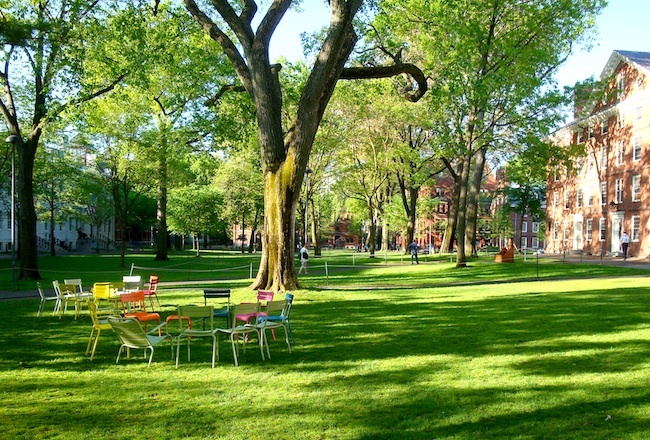 The college and university campus is a cherished and integral part of the United States’ collective history, culture and physical landscape. As an image, it embodies the potential inherent in education. More importantly – at least in this context – the campus, as a place, represents for many their first home away from family, and shapes how they experience the world. This bond between people and place is strong enough to last a lifetime. That enduring relationship is also a big reason why the campus is so important to the profession of landscape architecture.

The history of designed campuses in the United States goes back long before landscape architecture was established as a profession. Once Olmsted arrived on the scene, however, he quickly made campus work a big part of his practice, as did many of his contemporaries and those who followed behind them. As the campus landscape architect for Duke University, I always assumed that the reason why campuses were often kept out of today’s conversation was because of its long history and tradition – as if it was deemed not cutting edge enough. It is precisely the campus’ long tradition in American culture, however, and how it works in tandem with progressive ecological practice and contemporary design expression, that makes the campus such a challenging and intriguing landscape typology. 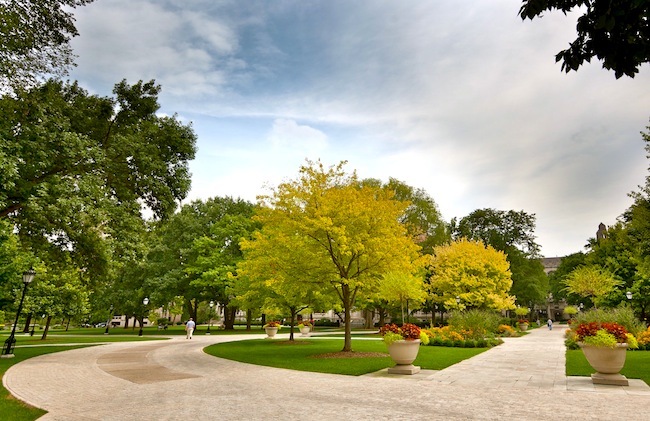 Historic Quad Restoration at the University of Chicago by Hoerr Schaudt, photo by Jason Smith

The campus plays a critical role as the physical reflection of a university’s commitment to simultaneously preserving its historic legacy while accommodating a near constant need to grow and plan for the future. The recent and ongoing restoration of historic campus cores at schools such as Harvard (with Michael Van Valkenburgh Associates), University of Chicago (Hoerr Schaudt), and Duke (Reed Hilderbrand) reflect the more traditional side of the discipline, but is increasingly juxtaposed against a wide variety of new contemporary landscapes being created on campuses across the country.

Such contrast between past and present turns campus landscapes into canvases upon which the evolution of our profession can be seen. In Stanford’s campus, for instance, visitors can experience one of Olmsted’s  earliest Beaux Arts-inspired landscapes, walk through spaces designed by modernist greats Garrett Eckbo and Thomas Church, and then see contemporary places created by Peter Walker, Tom Leader, SWA, Cheryl Barton and Hargreaves, among others. Certainly not all schools have such a rich pedigree, but many have their own impressive variety of spaces designed by generations of great landscape architects.

It’s not just about design, though. Pedagogical missions directed toward environmental sustainability have fundamentally changed how schools look at their landscapes. Nearly 700 college and university presidents have signed the Presidents’ Climate Commitment, pledging their schools as leaders “in their communities and throughout society by modeling ways to minimize global warming emissions, and by providing the knowledge and the educated graduates to achieve climate neutrality.” This means that sustainability is now a fixture in all decisions and discussions for architecture, engineering and, of course, landscape architecture, where transportation demands, landscape management, stormwater management and an emphasis on native ecosystem design all come together in a rich and complex system. 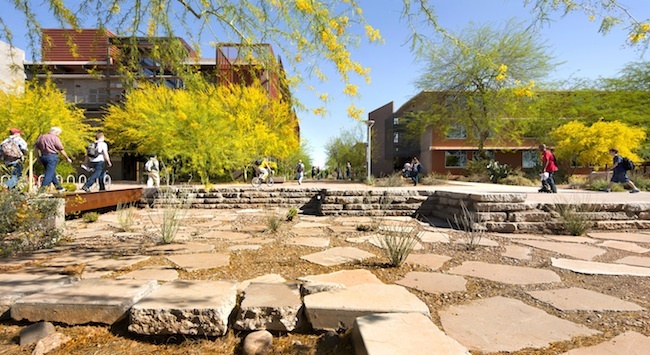 There are recent projects in all parts of the country that exemplify a new type of campus landscape, including higher profile ones such as the Dell at the University of Virginia (designed by Nelson Byrd Woltz), Shoemaker Green at the University of Pennsylvania (Andropogon Associates), the Polytechnic Campus at Arizona State University (Christy Ten Eyck), Memorial Stadium at UC Berkeley (OLIN), the Medical School at Stanford (Tom Leader), West Village at UC Davis (SWA), the Brochstein Pavilion at Rice (James Burnett), and many more. They may not be the sexiest projects around, but the work being produced for college and university clients is high quality, imaginative and exemplary of what makes the profession of landscape architecture so diverse and wonderful. 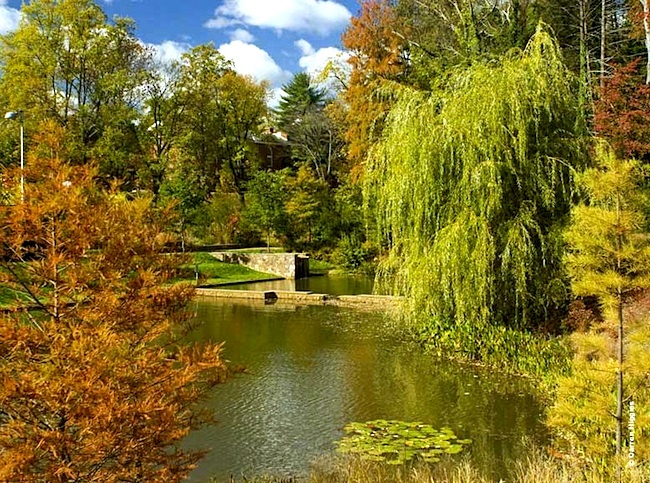