Some pieces of art are meant to be admired from above, from a bird’s-eye view. They are always large, usually very impressive, and have been known to humanity for quite a while – long before the Google Earth era. Some of the notable examples that must be mentioned include the Uffington White Horse, Cerne Abbas giant, the Long Man of Wilmington, Osmington White Horse, the Nazca lines in Peru and some of the modern ones – the works of Jim Denevan or Jaroslaw Koziara. The role of these prehistoric pieces is often uncertain and a matter of much speculation; the modern installations are a part of the land art movement, which brings together art and landscape. 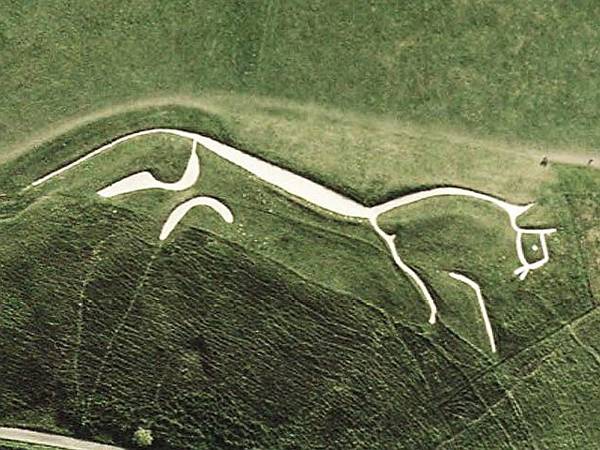 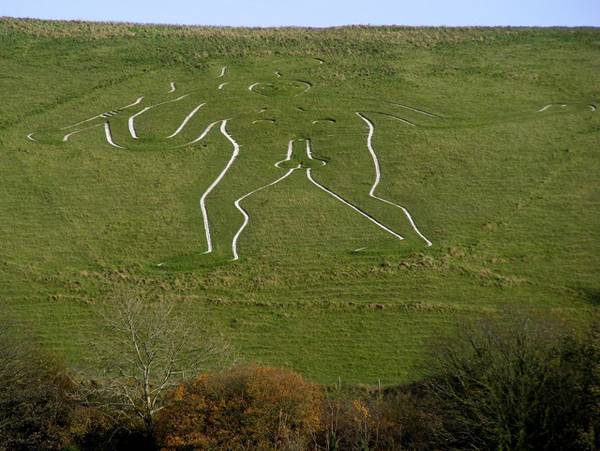 There are many artists worth mentioning and numerous land art installations deserving of an article. However, one piece is particularly surreal – a giant toy rabbit lying on side of Coletto Fara Mountain, right above a village of Artesina in Italy. The Interactive Art This queer addition to the mountainous landscape feels like its taken straight from Alice in Wonderland. Responsible for it is a group of artists by the name of Gelitin. The four Austrians: Ali Janka, Wolfgang Gantner, Tobias Urban and Florian Reither met in 1978 at a summer camp. Since then, as their website states, “they have been playing and working together”. Their work surely looks like they are having a lot of fun! 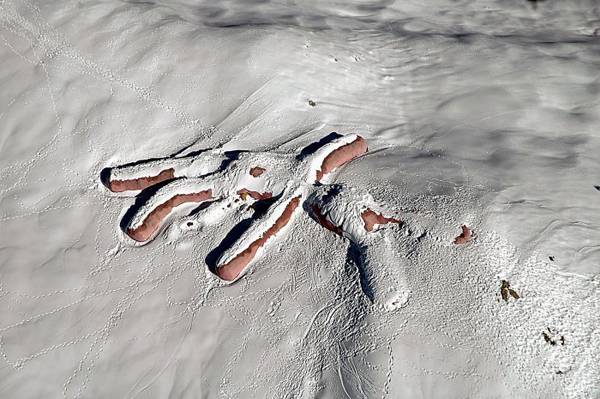 They are known for a provocative sculpture titled “Arc de Triomphe”, representing a man bent over backwards and urinating into his own mouth. This piece caused a scandal in Salzburg and was taken down before the visit of Prince Charles. Their works demand the viewer’s attention and action, they are not meant to be appreciated in a quiet, serious environment of an art gallery. They are very much alive and living their own, independent lives – that is what the pink rabbit is all about. Visible From Space The sculpture is mostly composed of straw and wool. It is 60 metres long, 6 metres high and is visible from space. 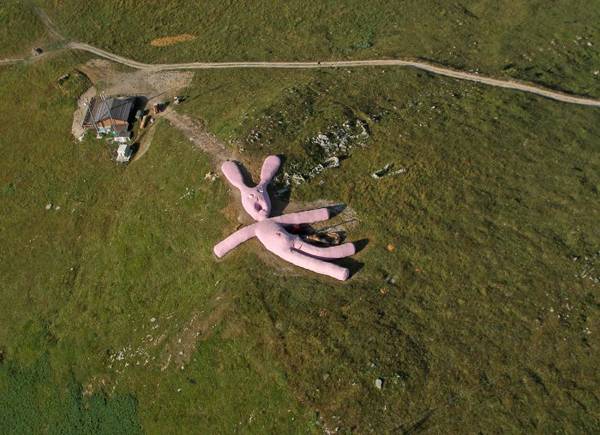 The legend (spread by the group itself) has it, that dozens of grannies made its “skin” out of a ton of pink wool. The artists took the pieces and sewed them together on the site, in their carefully chosen location. The Hase (German word for hare) is lying on a hill slope like on a bed, looking like a once loved, but now abandoned, giant’s kid toy. It is lacking one eye, its mouth is open as in a mute scream and its intestines and red heart are ripped out from its round, pink belly. Tourism Magnet Nonetheless, it is adored by the locals and the tourists. The artists claim that “as soon as there’s a ladder, someone from the village comes up with sewing kit in hand and repairs him”. Only the people from the other, neighboring villages do not appreciate this new inhabitant of the mountainside – but they are probably just jealous of all the attention it is getting! Hundreds of tourists make the exhausting journey up the mountain path to see it, take pictures or simply lie on its warm, soft belly, becoming a part of it for a while. The skiers in winter use it as a jump, the tourists in the summer – as a giant sun bed. It’s Unique Relationship with the People The artists themselves describe it as a “decaying corpse” and “Gulliver”, while its human visitors are “maggots” and “Lilliputs“. They are supposed to feel tiny in comparison to the rabbit, climb on it like on a mountain, discovering its summits and valleys. The sculpture is a landscape in its own right! 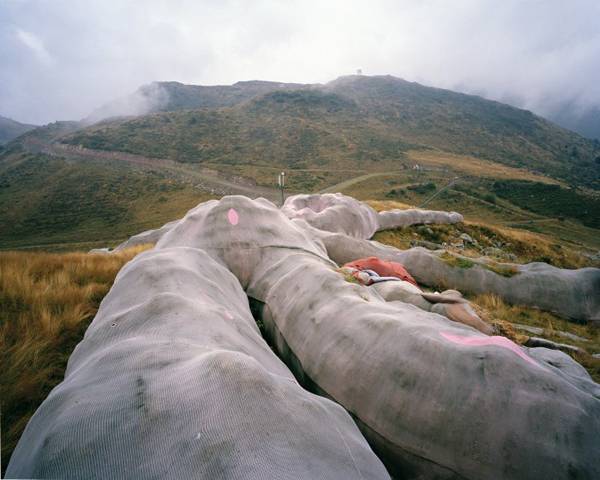 Becoming an Eternal Part of the Landscape The rabbit is slowly growing into the landscape. When the autumn mists are lifting, it looks like it is still breathing. Moss and grass are sprouting from its belly and the animals are burrowing in its body. The weather and the visitors are taking their toll. It is gradually decomposing. It is meant to stay on the site from 2005 until 2025, by which time it is predicted to completely disappear. 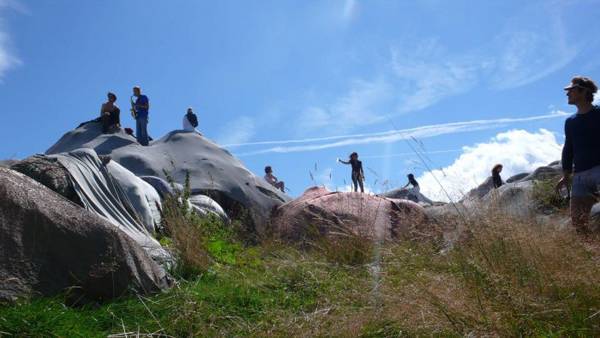 The interaction of the rabbit with the human factor and the surrounding landscape is the integral part of Gelitin’s art. They want to see it become the part of the mountainside, but also the visitors to climb on it, use it and abuse it, marvel at it and above all – simply enjoy it and love it. And the artists promise it loves them back! The rabbit is supposed to bring happiness, just like the rest of Gelitin’s work, which might be a bit tasteless, slightly psychedelic, quite silly, might even be bordering kitsch, but which always means pure, un-spoilt fun. Article by Marta Ratajszczak