In a profession dominated by men,we take a moment to reflect on some of the world’s leading female landscape architects.  As an outcome of men’s dominance in practically all professional fields throughout history, we often tend to mention only male figures when naming the most influential experts in a certain profession. Landscape architecture is no different. For that reason, we have put together the following list — far from being holistic — with the aim of celebrating seven of the most prominent contemporary female landscape architects. 1. Rosa Grena Kliass Born of a multicultural, Jewish, half-Brazilian, half-Polish family, Kliass not only made a large contribution to Brazil’s urban landscapes in the 20th century, she also participated in countless initiatives that can in no way be entirely mentioned here. Graduating with a first degree in architecture from the Faculty of Architecture and Urbanism of the University of São Paulo and a Master of Arts in Urban Planning from the same faculty, she became a landscape architect by practice. She established Rosa Grena Kliass Landscape Planning and Projects Ltd. and was the founder of the Brazilian Association of Landscape Architects  in 1976. Her works mostly comprise the designing of large-scale public urban squares and avenues. She is well-known for her award-winning redesign of the Anhangabaú Valley.

2. Andrea Cochran Featured on the documentary Women in the Dirt, which highlights the influence of seven female landscape architects from California, Andrea is an award-winning and internationally recognized contemporary landscape architect. After attending Harvard’s Graduate School of Design and working for more than a decade on the U.S. East Coast and in Europe, she finally established her firm, Andrea Cochran Landscape Architecture. She has worked on all sorts of projects, from small to large, including wineries, schools, public parks, and residential houses. Each of her designs is fully integrated within its surrounding urban fabric, with sustainability and the use of sense-heightening materials and textures as a central theme. Her award-winning Buhl Community Park is a testimony to the latter. Below: Women in the Dirt Trailer 3. Mary Reynolds Reynolds is a contemporary favorite among Irish landscape designers and was the first Irish winner of a Chelsea Flower Show Gold Medal for garden design. She started her career during the late 1990s designing gardens in Dublin. Later in her career, she discovered that the wilderness is her true inspiration, and endeavored to bring back through her designs the connection between people and nature. Her garden Tearmann sí – A Celtic Sanctuary, inspired by her love of Irish mythology, granted her the first prize at the Chelsea Flower Show and a commission to design the Botanical gardens at Kew in London inspired by a poem by W.B. Yeats. She currently specializes in healing gardens, incorporating native Irish plants as well as stones and sculptures. Below: A stunning overview of Brigit’s Garden 4. Pamela Burton Another American figure, Pamela Burton is an environmental designer and architect by education and a landscape architect by professional formation. She earned her bachelor’s and master’s degrees from the University of California, Los Angeles, and established her landscape architecture firm, Pamela Burton and Company, in Santa Monica. Her interdisciplinary background shines through her projects. Works dealing with the public realm, such as a park catering to the employees of the Bechkman Coulter Research Campus in Brea or courtyards for the Santa Monica Public Library, are designed with the aim of connecting the interior function of the buildings with their surrounding landscapes. The private gardens, created to compliment or frame the architecture of the houses, comprise a variety of native plants and environmentally sensitive designs. 5. Kathryn Gustafson Originally educated as a fashion designer, Gustafson changed her career path while trying to become a fashion designer in Paris and ended up majoring in landscape architecture at the Ecole National Supérieure de Paysage in Versailles. Gustafson, a contemporary American landscape architect currently based in London, formed her firm in 1997 with architect Neil Porter. She is renowned for her unique sculptural shapes created using landform, water, planting, and lighting. Her designs are also sensitive to community needs, as she values the principles of inclusive design, accessibility, and safety. Her most famous project is the Diana Princess of Wales Memorial, in which she demonstrated that memorials can be functional and inviting to people and not only just statues or sculptures. 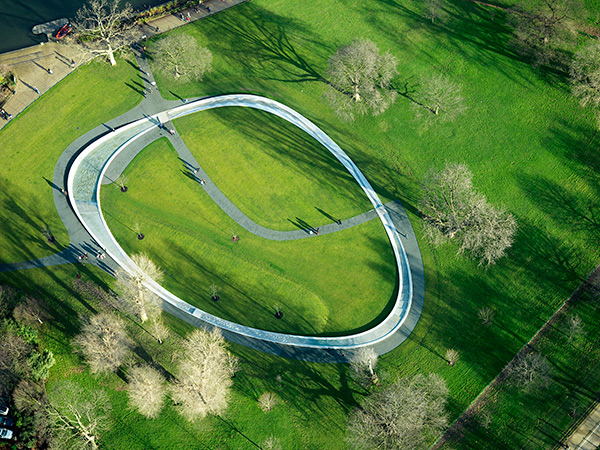 6. Martha Schwartz Featured in our article Top 10 Influential Landscape Architects, Martha Schwartz is an American landscape architect and artist whose projects contribute to altering the perception of design expression in landscapes. She earned her degree from the University of Michigan. She is celebrated worldwide for her project, Dublin’s docklands, in which the Grand Canal Square –designed with bright red resin glass paving and glowing angled light sticks — stands as one of the most unconventional public spaces in Ireland. Other well-known projects include the Wellington Place, Leeds UK, and the Jumeirah Garden City, UAE. She has also written many academic papers and received design awards such as the Cooper-Hewitt Museum National Design Award and prizes from ASLA. 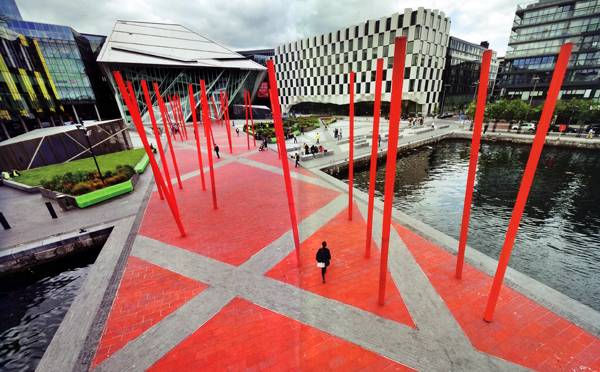 7. Mikyoung Kim She is an Asian American landscape architect who was born and raised in the United States to Korean parents. Mikyoung Kim has had a flair for arts from an early age, learning how to work with clay and play the piano. She majored in sculpture design and received a minor in piano but afterwards discovered her interest in landscape architecture. She received an MLA from Harvard School of Design and opened her own firm Mikyoung Kim Design a few years later. She has received many international awards and the projects of her firm –dealing with planning, landscape architecture and land art—showcase her multidisciplinary sensitivity. The spaces she designs are thus treated as a sculpture that can be molded with light, color and technologies in response to functional and sustainable needs. LAN featured Mikyoung Kim’s Crown Sky Garden. 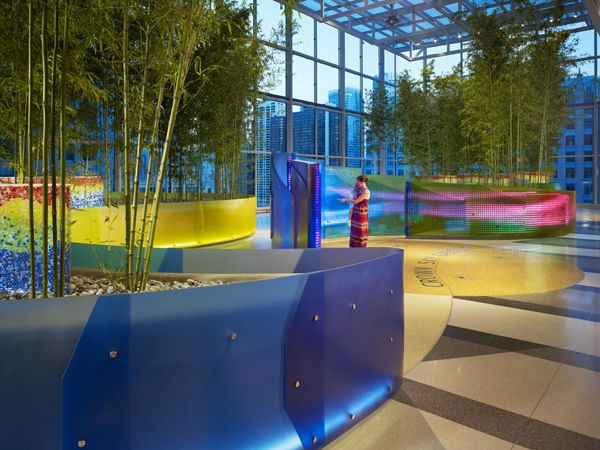 Throughout history, gardens and nature have always been associated with the notions of “Mother” Earth, fertility, and femininity. Gardening skills were perceived to be, like domestic work, qualities that any ideal woman and respectable wife should acquire. But these seven women not only changed the face of the profession itself by introducing their own valuable contributions, but also the dominant preconception that landscape architecture is a masculine field. We hope you enjoyed reading this article, and we encourage you to comment with the names of your favorite female landscape architects that were not included on this list. Also see: Top 10 Names In Landscape Architecture Today Top 10 Influential Landscape Architects Article written by Dalia Zein Published in Blog