The Blue Island, by Island Chen, in Matsu, Taiwan. Every year, thousands of people are drawn to the beaches of Taiwan to witness the glowing and sparkling water at night. What many don’t realize is that this beautiful spectacle is causing some serious damage to the environment. Island Chen, a recent graduate of the MA in Industrial Design from Central Saint Martins College, is trying to solve this problem by creating an installation that will not only act as an educational tool, but also maintain the tourist attraction. The county of Matsu is the smallest in Taiwan and also one of the most underdeveloped. This, coupled with its isolated location, has restricted its potential for economic development. However, since 2012, bioluminescent algae — called Dinoflagellates — has been blooming in the waters along the beaches, causing the surface of the ocean to sparkle with an ethereal blue at night. This phenomenon attracts many tourists to Matsu each year, and has become a main source of the county’s economy and an ingrained part of its cultural identity. 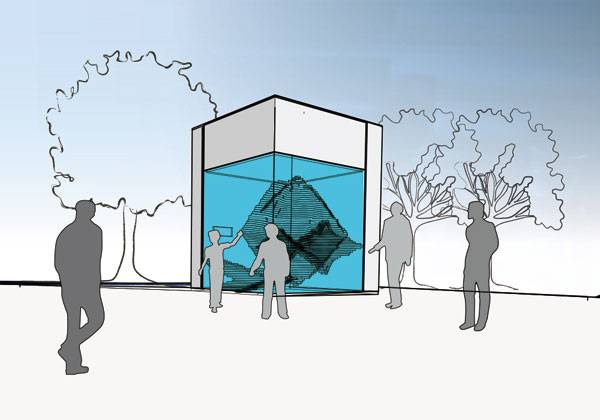 Bet You Didn’t Know It Was Caused by Red Tide

Many people know this type of algae as Red Tide, the common term used for harmful algae blooms that occur in waters such as those of Taiwan, China, Australia, and the United States. The particular species of Red Tide that occurs in Matsu is known as Noctilluca scintillans; it has a red pigment that turns the water dark and dirty-looking in the day, but is attractive at night. 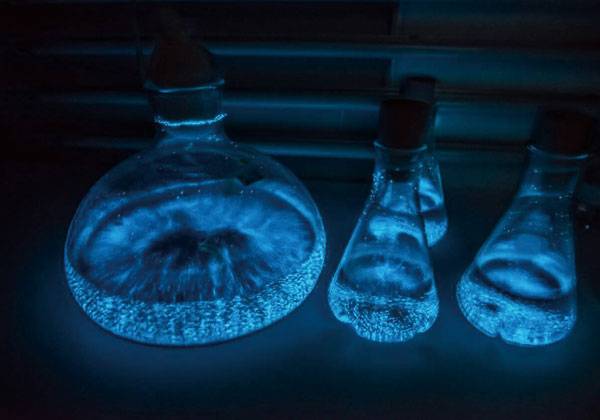 Ammonia produced by the algae is deadly to many forms of marine life and causes severe allergic reactions in humans. While the blooms are a natural phenomenon that feed on organisms on the water’s surface, their frequency, duration, and intensity are increased by nutrient pollution. 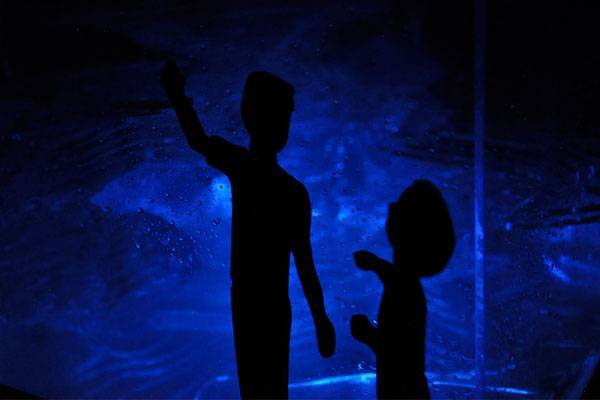 Through the installation, people can clearly know the blooming of bioluminescent algae comes from pollution. Photo credit: Island Chen

Dinoflagellates are common organisms in all types of aquatic ecosystems; about 90 percent of them are plankton. They are an integral part of the first link in the aquatic food chain: photosynthesis. Almost all other organisms are dependent upon this energy transfer for their subsequent existence. There are two types of Dinoflagellates — heterotrichous and heterotrophic. Heterotrichous algae play an important role in many ecosystems, including providing the foundation for the aquatic food chain, supporting all fisheries in the oceans and inland, as well as producing about 70 percent of all the air we breathe. 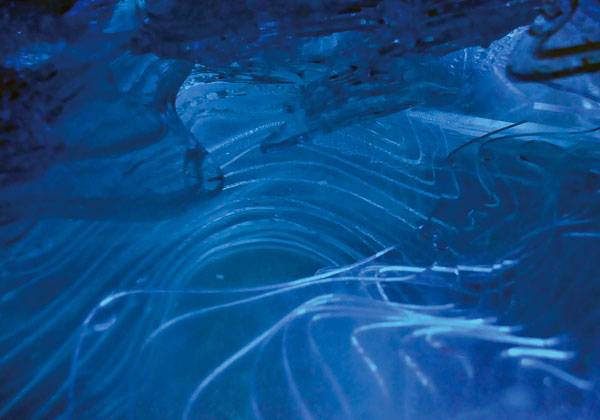 However, the species Noctiluca scintillans found in Matsu is heterotrophic, and it can be devastating to marine life and local fisheries. While it does not produce neurotoxins the way other similar organisms do, its role as both prey and predator eventually magnifies the accumulation of toxins in the food chain. 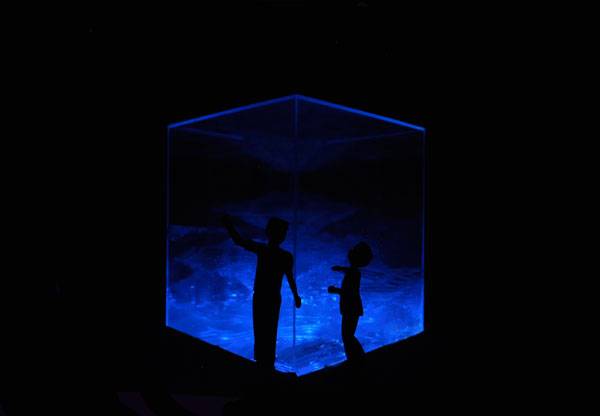 The algae multiplies quickly in waterways with an overabundance of nitrogen and phosphorus, particularly in tropical areas where the water is warm and the weather is calm. These spectacles have become a nearly nightly occurrence because of the pollution from China and local agricultural waste. The people of Matsu can’t stop the pollution coming from China, and the bioluminescent algae is now a part of the local culture that largely supports the tourism industry. Therefore, Island Chen came up with the idea of having nature adapt to the local waste.

The Blue Island is a bio-digital installation that utilizes agricultural waste as food for heterotrichous Dinoflagellates, building a visible ecosystem. Within the contained environment of the glass box is a re-creation of the Dinoflagellates’ natural habitat. Through the use of a Fresnal Lens and a mirror on the roof of the box, the algae is able to absorb twice as much energy during the day from the sunlight, allowing photosynthesis to occur much faster than it normally would. The more the Dinoflagellates produce, the more efficient the installation is. With the use of hydrodynamics, water flows across the clear plastic shapes inside the box, creating smooth bio-light along their edges that can be seen at night. 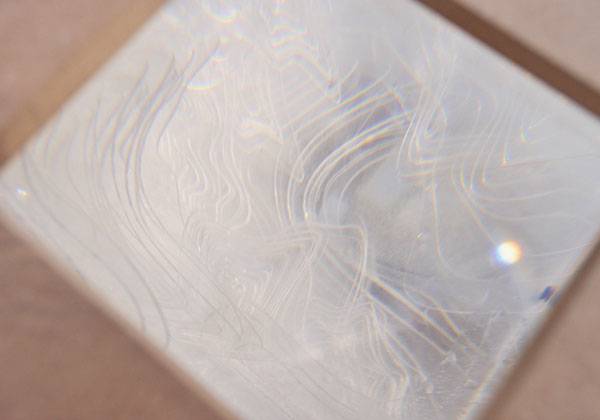 The Fresnel Len on the roof for magnify the sunlight comes to the installation, that making the bioluminescence be stronger on the night. Photo credit: Island Chen 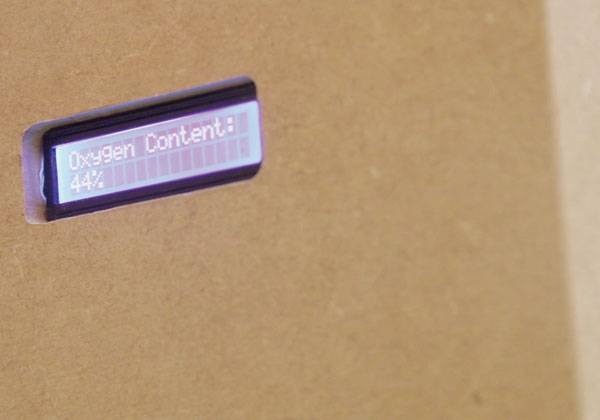 The Quantity of fresh oxygen can be visualize from the monitor. Photo credit: Island Chen

The main focus of the project is to act as an educational tool, helping people to realize that the algae has detrimental effects, even though it is aesthetically pleasing at night. However, as a way to retain the boost to the economy, the installation functions as a much safer and viable option for eco-tourism. With the mass production of such installations, tourists will still be able to see the mesmerizing, sparkling water without the algae doing damage to the environment. This project makes you rethink the value of beauty in our landscapes. In a human-dominated world, there are times when our pleasure takes precedence over a healthy ecosystem. Would you trade our environment for a picture-perfect, moonlit beach walk?