Torico Square by b720 Fermín Vázquez Arquitectos, Teruel, Spain We have a special chance to delve a little deeper into one of the most sensitive and exciting tasks of any landscape architect: the challenge of redeveloping historical sites. In this case, the 37,674-square-foot area called Torico Square in Teruel, Spain, has been the heart of the city’s urban life and a meeting point for ages. Even being surrounded by great architectural heritage and having a complex underground water system, the focus of the square is a beloved bull sculpture called Torico, which is located 32 feet above the square, at the top of a very particular fountain. 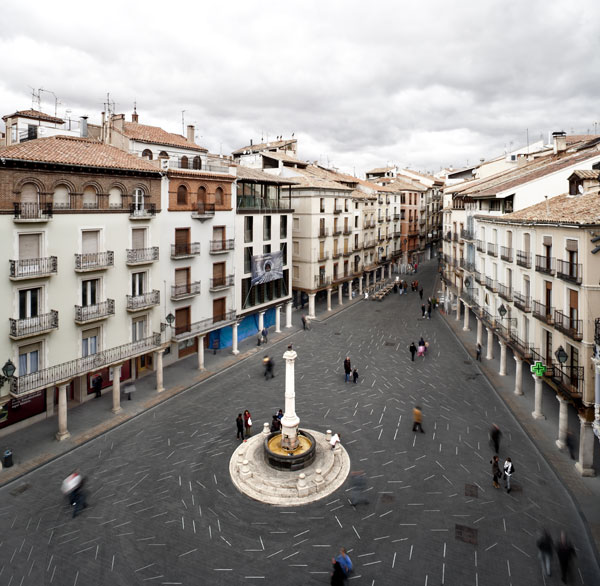 Revealing the Architecture Through an Innovative Lighting Scheme Design

The local b720 team developed a surprising remodeling proposal based on making the underground water facilities and the architecture visible in different senses. Instead of adding new elements to the small square, they created an innovative lighting-paving project that reinforces the prominent role of the empty space and the existing values. 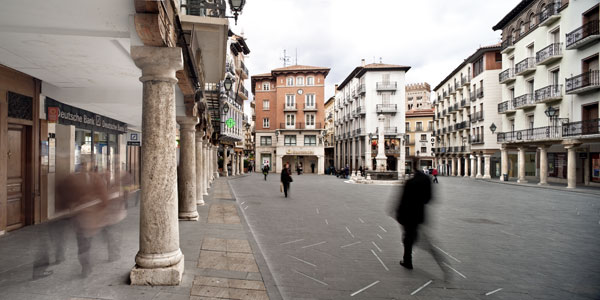 Revealing Past Footprints Through Design Strategy Torico Square didn´t look very different from any other part of the historic city center. However, the underground space maintained uncommon and high-value structures from the Middle Ages: two reservoirs and a secret arch were waiting to be revealed. 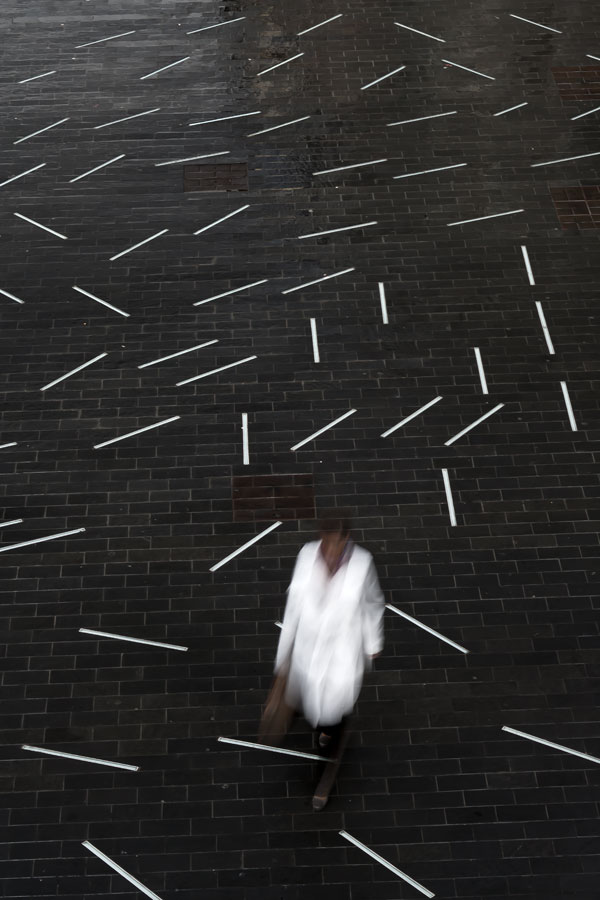 The Design Pattern The designers’ approach consisted of raising the reservoirs and their connections to welcome visitors, renovating the paving of the square, embedding a special lighting scheme design within it, and adjusting the vertical lighting to EU laws. The design pattern was inspired by the idea of circulation and fluency coming from the watery world below. When this light stream finds an existing element on the square´s surface, a reaction happens. Its density weakens over the reservoirs and surrounds Torico´s fountain. Facades and porches use diffuse downward lights, and the popular fountain is illuminated by beams of light from the surrounding buildings. 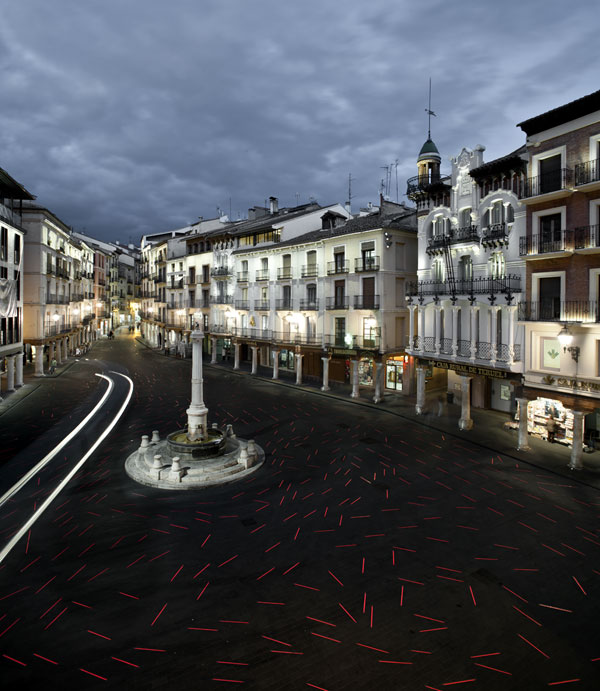 The LED luminaires embedded in the basaltic paving were exclusively designed for this project. Here we find two different sizes of lighting to create the whole composition of more than 1,200 light sections: 18.11 x 1.45 inches and 30.31×1.45 inches. They were expected to face very particular conditions of charge, adding bull-running events to the usual rolled traffic ones, and complicated soil features in terms of watertightness. One of the most attractive effects is provided by the informatic software that controls the luminaires, allowing operators to program working timetables and different colorful patterns and light intensities. As a result, lighting transforms the night scenery in surprising ways. Shadows Behind the Bright Picture Controversy has held hands with the project since the very beginning. As you can see, the dynamic lighting design at night is visually powerful and seems to look to the future. But some human factors could not be quite worked out. Have you noticed that there are no benches anywhere allowing people to stay and enjoy the place? 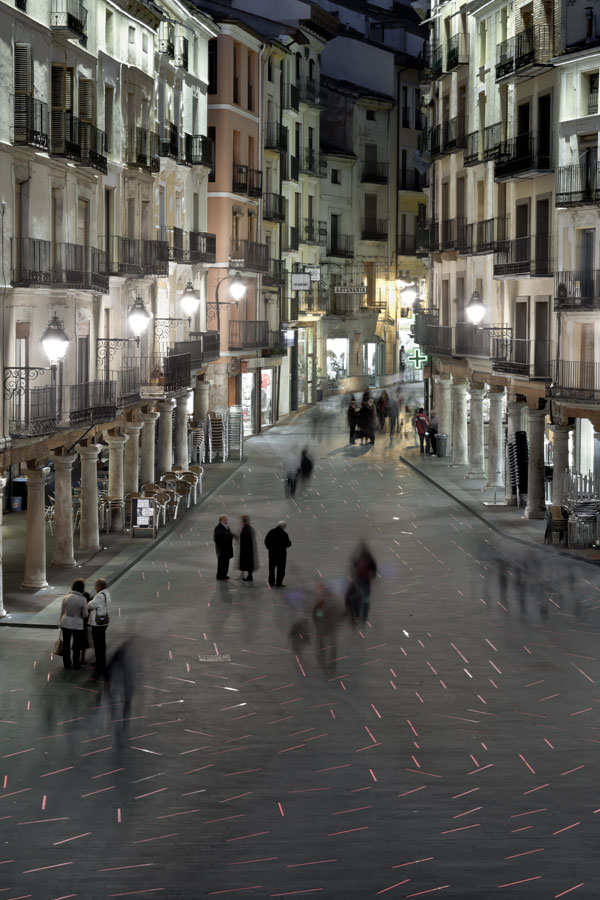 The luminaires are another focus of strong criticism, because although they took almost a third of the more than 6 million euros budget, it wasn’t long until they created technical problems. In fact, at least 30 percent of them needed to be removed early on. and three years after the Torico Square redevelopment ended, all the luminaires were finally replaced by an improved design. Unfortunately, a few months later, they turned off again. High watertightness requirements might interfere with the heat evacuation needs of the LED system. Related Articles: 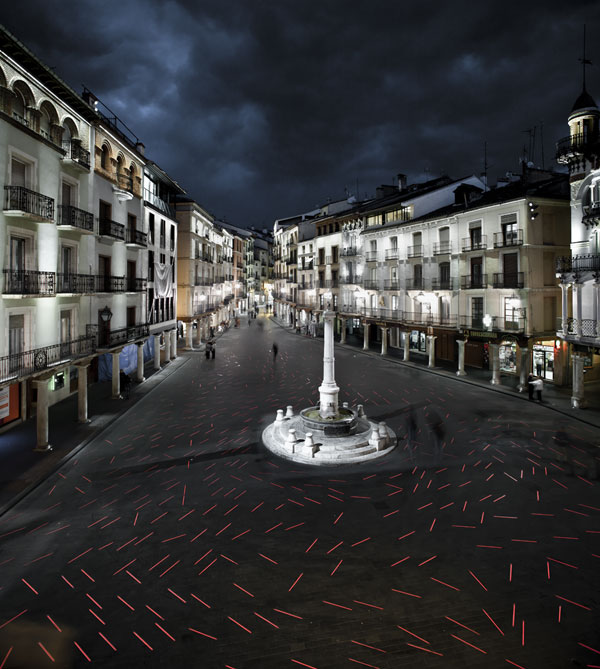 There are some projects working just from the ground level as main element or playing with lighting effects for different sensations. They don’t often play major roles, but as Torico Square shows, it is worth having them in mind and exploring their potential. Their effects can be powerful. Recommended Reading: