Pirrama Park, by ASPECT Studios, in Pirrama Rd, Pyrmont, Sydney, Australia. Very often, when people come across the word combination of “residential development” they unavoidably associate it with something invasive, unnatural, or even disrespectful. Although in many cases such responses are reasonable, the truth is that every coin has two sides. Or, in other words, we live in a century where sleeping under the stars can be romantic for a night, but it can’t be a constant way of living. Yes, people need residential buildings and neighborhoods in which to live. 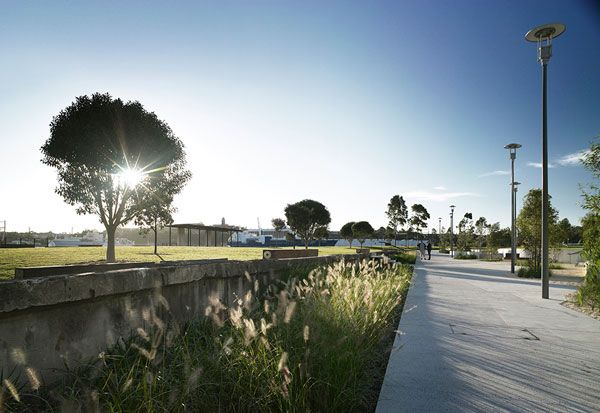 But let’s refer that matter to one of the most densely populated suburbs in Australia. An inner-city suburb with a density of 11,618 square kilometers would certainly prefer a public park instead of another new residential area. And so was the case in Sydney. A community action saved a former industrial site in Pyrmont from the hands of residential developers and became the cause for a multiple award-winning project on Sydney’s harbor waterfront, designed by ASPECT Studios in collaboration with Hill Thalis Architects and CAB Consulting.

Today, Pirrama Park is one of Sydney’s major public parks on the harbor waterfront, offering a variety of refreshing experiences while bringing visitors close to the water’s edge. How does a former industrial site became an open public waterfront, which has so far won 13 awards? As already mentioned, the area of Pirrama Park has its past — the area was used as a Water Police site, an unattractive, alienated, and detached post-industrial concrete slab. 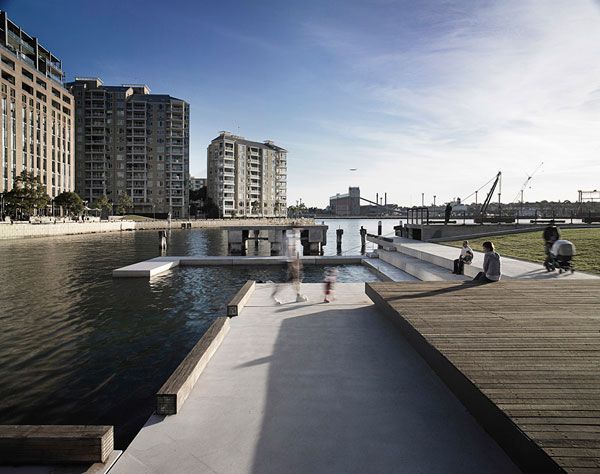 Although designers had to deal with a flat, featureless terrain, they came up with an innovative approach. Instead of working around the flatness of the place, they decided to highlight it. In this way, the design of Pirrama Park not only differentiates it from the other topographically varied harbor parks, but also keeps a part of its history. 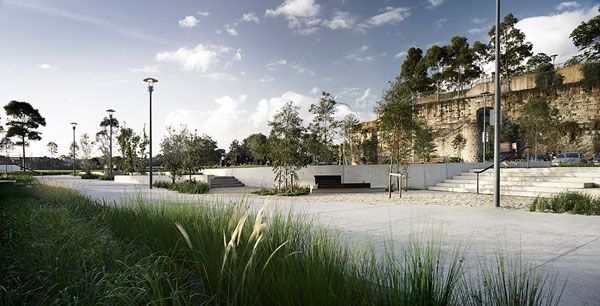 From History and Nature to Design One more historical reference relates to the name of the park — Pirrama is the original name of Pyrmont Peninsula, given by the first Australians who lived in this area. It also means “rocking stone” and, as you can see, the overall design of the park is comprised of broken lines combined with irregular geometry, which altogether paraphrase the natural shapes of rocks.

In this way, the design concept reinterprets two underlying themes — nature and history. The park design resembles the natural shorelines and, at the same time, the geometry refers to the industrial past of the site in a subtle, delicate way. 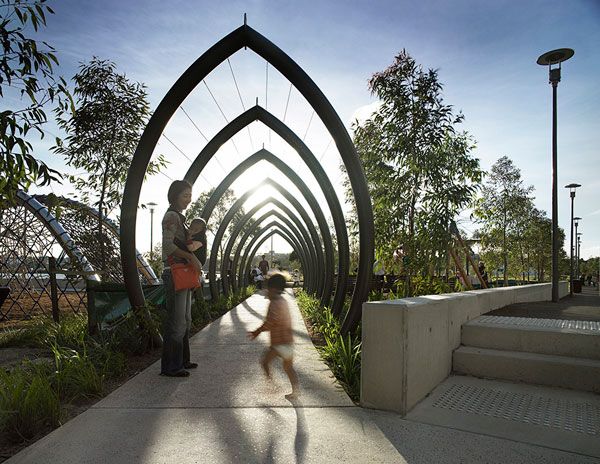 What Makes Pirrama Park Special? Having discussed the designers’ initial inspiration, let’s continue with further details about how their ideas developed. In order to make Pirrama Park an exceptional place, the landscape architects had to provide exceptional experiences for visitors. The solution was found in the water; namely, in the playful experience of tidal water movement on the foreshore. The elements, sunk and revealed by monthly and annual tidal cycles, include terraced platforms, maritime remnants, outboard walks, and a sheltered bay. One more curious zone in the park is the so-called inter-tidal zone. It covers the platforms adjacent to the bay, where tidal cycles can once again be experienced through the daily rhythms of collecting, flooding, and receding water. The zone has become a lively place for social gathering, where small watercrafts bob about, children have fun while playing with water, and parents rest under the shadows. 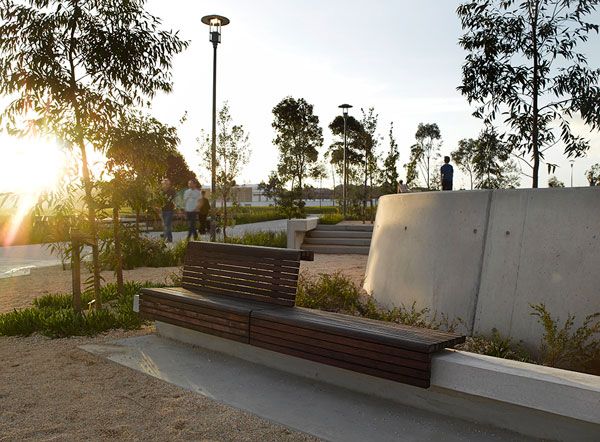 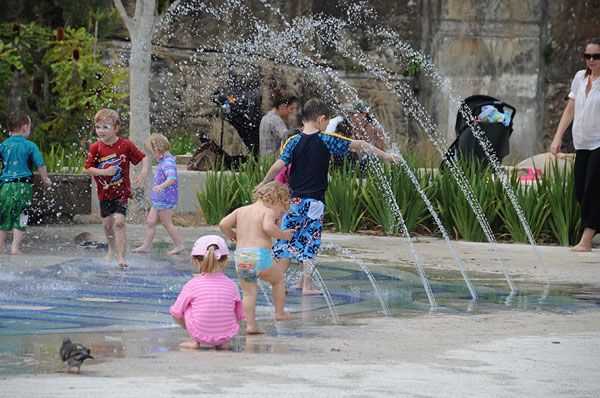 Re-establishing a Social Bond Another thing that makes the park so special is the fact that it has revitalized the relationship between the city and the harbor in the best possible way – by delivering a plethora of facilities, including playgrounds, a café, a waterfront promenade, park rooms for recreation, multiple new avenues, and picturesque grasslands. But that’s not all. A new public square was formed, surrounded by the sandstone cliff on Pirrama Road and the new architectural elements in the park — the canopy, the three pavilions, and the belvedere. The square has become an attraction for the local people due to its specific sunny, cheerful character, which, above all, reunites the community. 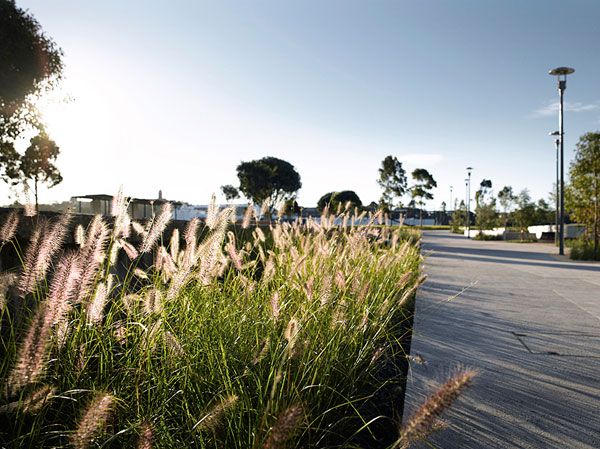 The Added Value of Pirrama Park

One final but significant feature that adds value to the design is its sustainability. The sustainable measures include timber decking from recycled materials, storm water management, solar panels, and energy-efficient lighting. Was the Community Action the Right Decision? With so many virtues and qualities, Pirrama Park has already proven to the local citizens that their community action was certainly not a mistake. A public park that guards its history — and its nature — could bring nothing but benefits to both the present and the future population of Sydney. 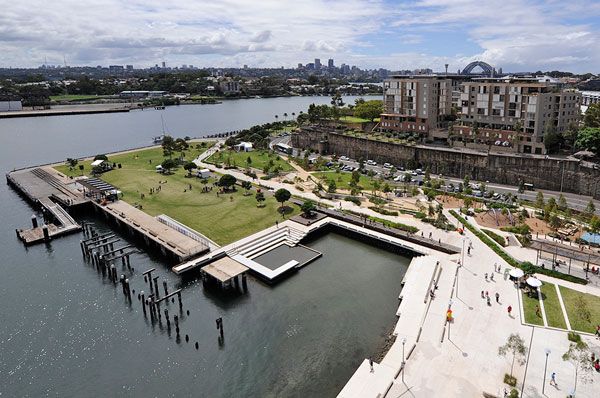