Article by Paula Uzarek Rike Park, by CMD Ingenieros, Tbilisi, Georgia. Is there a recipe to join two different districts, a historical and a modern one? A recently opened area, one of the most modern parks in Georgia, gives the answer to these questions and enlists the essential elements of a public park. The first ingredient of every urban space is location. Placement of Rike Park in proximity of Tbilisi Old Town is undoubtedly opportune. The office of the Presidential administration and ancient Narikala Fortress situated at the opposite side, overlook the whole scene. 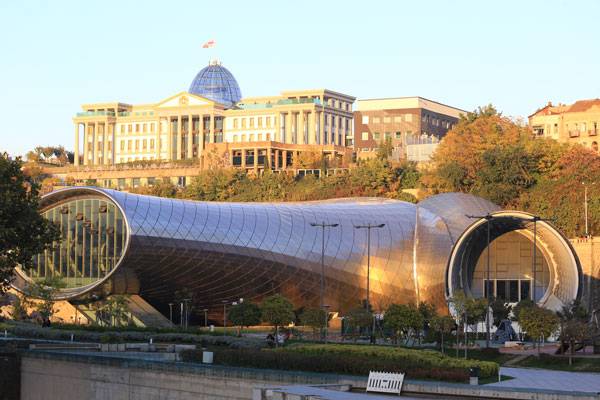 What about the access? There are at least three ways. The most common one is to cross the Peace Bridge. The modern construction joins the eastern and the western banks of Mtkvari River. There is also another way to get to the park, descending the stairs from Alvabari district that adjoins the Old Tbilisi. Third, the aerial tramway, takes tourists right from the bank of the river to the feet of Narikala Fortress. 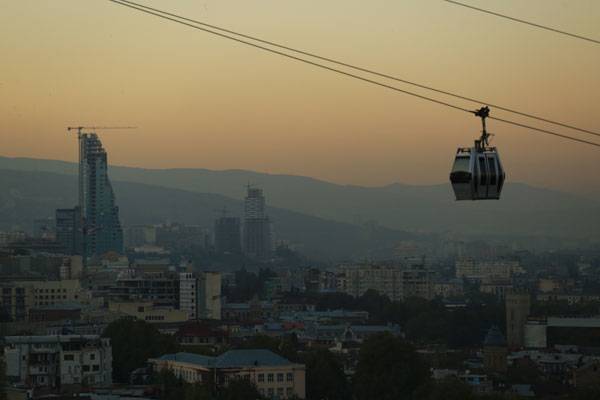 One way to get to Narikala Fortress. Photo credit: George Darchiaschvili

An Abstract Reference to Georgia’s Map Paths create an individualistic web of this public recreational area design. The colour of the paving is minimalistic gray. The pattern is said to be an abstract reference to Georgia’s map, where different functions concerning various activities are assigned to geographical regions. Playground and picnic areas with gigantic chess board and nest swings are completed by sport activities zone, a public square, and meetings and stroll tracts. An information centre is also included. 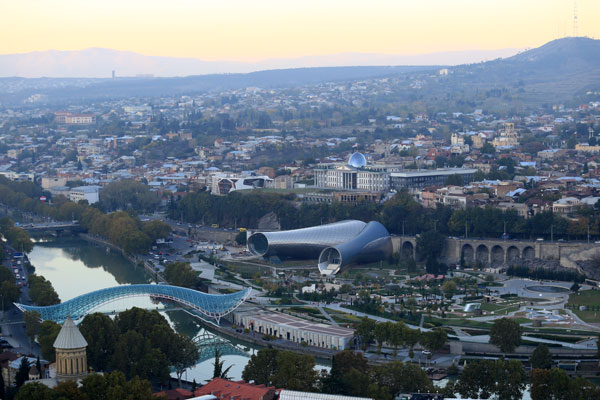 Context And Identity The rose pattern in the heart of the park is a symbolic reference to the Rose Revolution and also refers to the plan of geography, which is the next emphasis of Georgian identity. It is made of concrete in light red colour with green elements connecting with its centre, just like stem and leaves. Park users can also sit on an edge of the rose. The plants used in the landscaped garden project are promoting native ones, well known across Georgia. Now our park has a context. 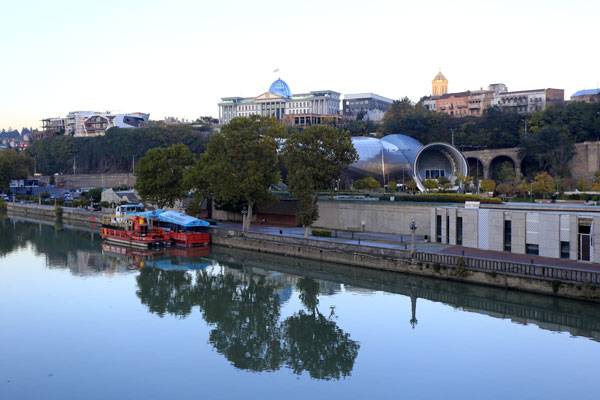 The Huge Grand Piano All elements of equipment sculpt the space and make the difference. The alleys bend, leading from one sculpture to another. A white huge grand piano is one of the most unexpected ones. 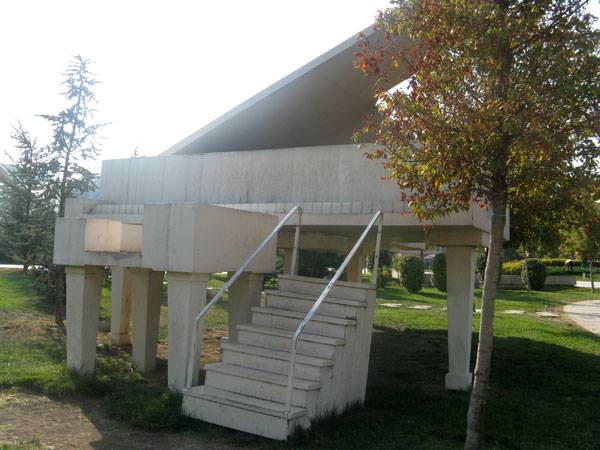 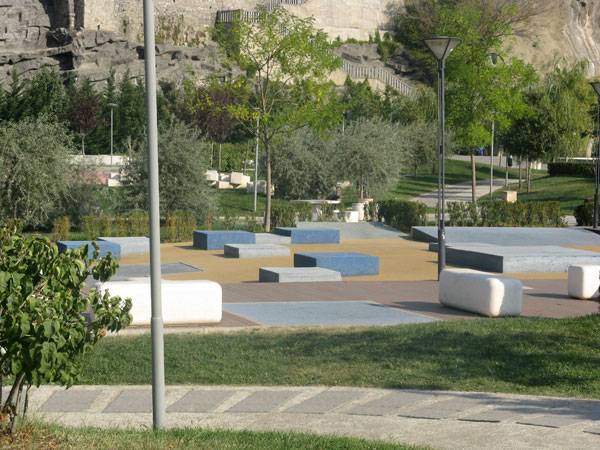 The choreographed musical fountain is a delight, especially at night, when its show is performed and is an example of water feature. People gather there after dark approaches to admire the performance of harnessed element. Architectural Constructions The area of the park is where the “New Tbilisi” begins. That is visible in newly built designs nearby and inside the Rike Park. The Peace Bridge is a pedestrian architectural gem of Italian architect Michelle de Lucchi, and with French designer Philippe Martinaud’s lighting design which opened in May 2010 and the office of Presidential administration (also designed by de Lucchi), the scenery is complete from above. 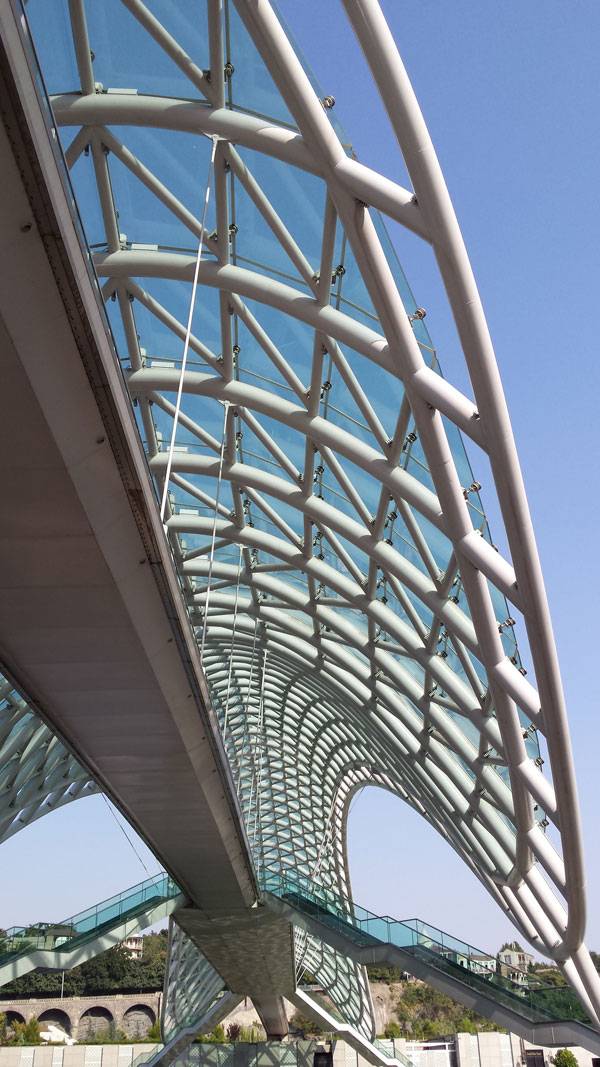 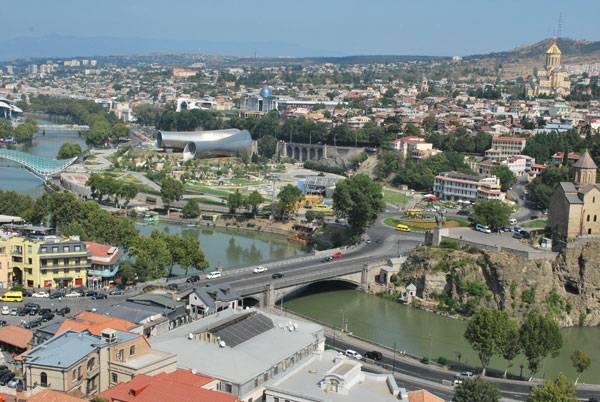 Interaction With Users’ Senses The glass and steel bridge canopy of the Peace Bridge undulates like a body of a marine creature captured in a net, revived with white interactive LED lights. When crossing the bridge after dark, our eyes and feet are in a perpetual interaction. This extremely attractive light show is a concept influencing many senses just like the choreographed musical fountain. The unforgettable atmosphere of this modern park in Georgia leaves the feeling of enjoyment and relaxation. This is the reason why both tourists and the locals choose to come here during the daytime, sunset and at night. 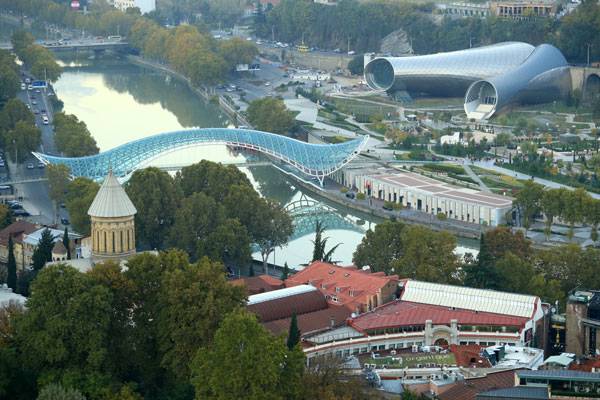 The rules governing public space creation are not complex and hard to respect. Successful park design is simply the people magnet. The satisfied users are the key element binding all project components together and the main factor a designer should recognize. To achieve this goal we can follow an easy formula: find an accessible location and set various park functions. Next, put in its context where users can identify their own values, e.g. national values. Neaten the space with essential equipment to allow users to get some rest and entertainment. Add bigger or smaller architectural constructions to make the space more visible from a distance. And, above all, make the project interact with the users by their senses. With all these factors a park is not only a usable and practical space but also is a joy for the eyes. All these elements are seen in Tbilisi Rike Park. Do you recognize them in your favourite park design? Let us know in the comments below! Go to comments 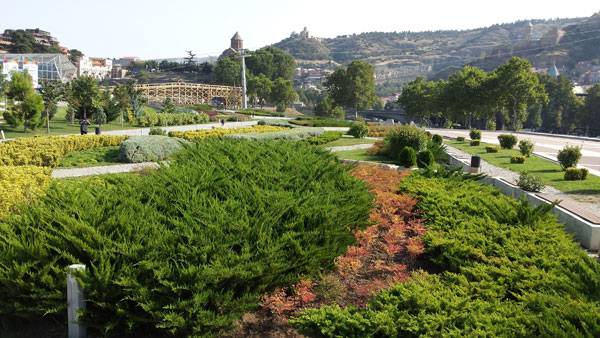