Article by Luis Guísar Windlicht artwork by Studio Roosegaarde, in Eneco wind farm at Sint Annaland, Zeeland, The Netherlands Studio Roosegaarde, founded by Dutch artist Daan Roosegaarde and located in Rotterdam, The Netherlands, “creates interactive designs which explore the dynamic relation between people, technology and space” – Studio Roosegaarde. The studio is concerned about sustainability and art, which has led it to create a series of projects such as The Windlicht artwork and a smog vacuum cleaner in Rotterdam that is designed to improve the city’s air quality. To create the Windlicht artwork, Studio Roosegaarde wanted to transform the Dutch landscape by adding playful values. They also wanted to show how beautiful green wind energy could be. The inspiration came from a small town named Kinderdijk and its windmlls. The design team decided to take an old-fashioned and out-of-favor icon and turn it into something fresh. For Daan, “these windmills from 1740 are a perfect example of Dutch innovation. Reconnecting with the landscape and creating a positive image around green energy also drives him.” (Studio Roosegaarde). So, how did Studio Roosegaarde break the natural skyline without causing a major ecological disaster? 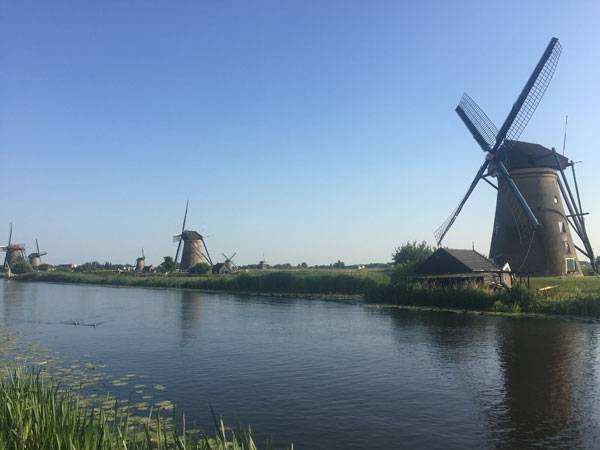 A Simple Solution for a Complex Purpose The studio’s design and technology teams faced a lot of challenges, but the most difficult was the synchronization of the elements of the installation — and we are talking not only about blades and lasers, but also the distance between windmills, the speed, and the wind. The project is based on the use of lasers to illuminate and follow one blade of each windmill. “A tracking system predicts where the blade will be, then sends a signal to the hardware attached to the center of the turbine – allowing it to adjust according to the strength of the wind and speed of the rotations.” (Studio Roosegaarde). We may think that such an innovative installation must use a lot of energy, but its all works thanks to green technology sponsored by KPN. 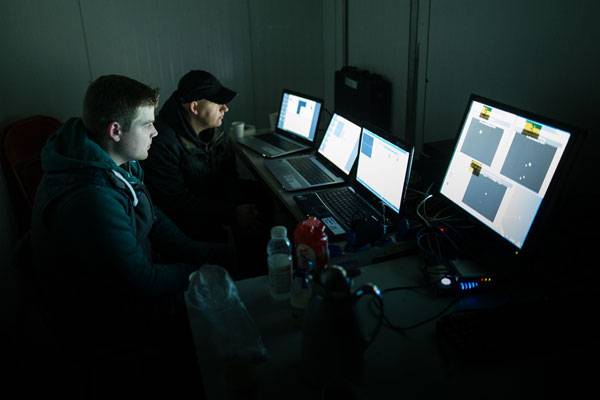 Simple as it sounds, all the design processes behind it were difficult enough to extend the project planning over two years. In the end, what the Windlicht project produced is more complex and functions at different levels. WATCH >>> Windlicht by Studio Roosegaarde

A Spectacle of Lasers, Color, and Wind The first impressions we get from studying the Windlicht artwork are visual. They are produced by the combination of lasers, rotational movement, and the context of the site. The green light of each laser transforms the site’s skyline in ways we may think are impossible. First of all, the gentle and elegant movement of each blade are relaxing. This sensation is strong enough to make us not notice the fact that each blade rotates at 280 kilometers per hour, according to Studio Roosegaarde calculations. Here is the official movie in which you can witness this spectacle. The installation also transforms the rotational movement of the blades into a sort of light gear, which is in fact the truth: Windmills function and generate green energy based on mechanical gears. This way, we are witnesses to how two or more windmills interact, creating a unique synchronization. Each laser not only transforms the skyline of the Enco wind farm in Zeeland, it also changes the perception of the windmill itself and its surroundings. It is necessary to perceive the installation from the bottom of the windmills, at the foundation of the columns. A unique spectacle of contrast between the windmill structure and the reflection of the green light laser on the ground increases an abstract appreciation of both elements, allowing for personal interpretation. 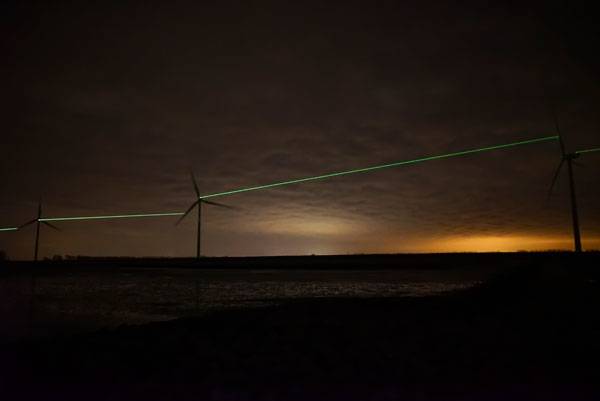 An added bonus: Studio Roosegaarde established a bicycle path treated with a special paint that uses energy gathered during the day to glow after dark. 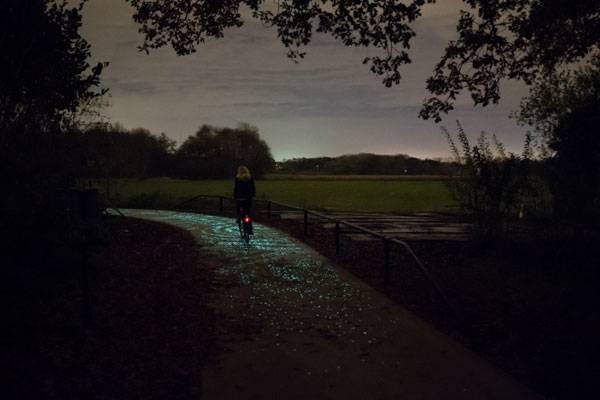 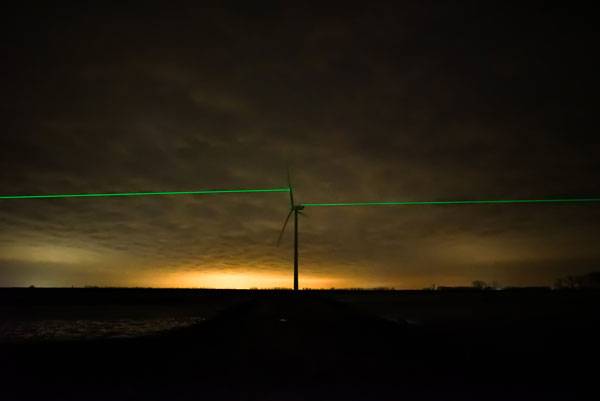 The final combination between lasers and the secretive rotation of the blades generates a relaxing performance where both nature and technology act in perfect equilibrium, helping people understand how green energy and art can interact. With their Windlicht artwork, Studio Roosegaarde evokes beauty and creates a more realistic awareness of green energy by exposing how beautiful it can be. In the end, what Studio Roosegaarde imagined became real: They made evident a connection between past and present, light and feelings, technology and art. Studio Roosegaarde hopes to bring the Windlicht artwork to different places around the world. What kind of feelings does this project evoke in you? 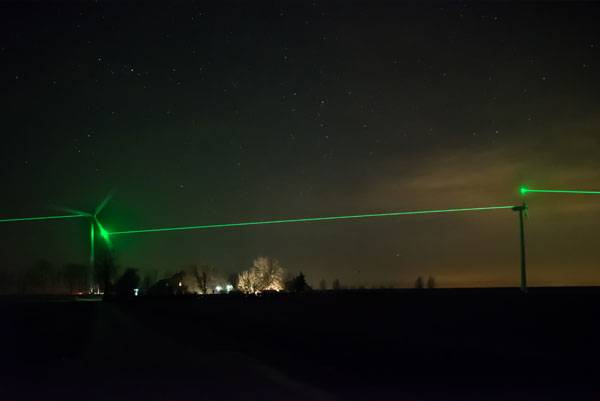