The Park at Lakeshore East, Chicago, IL, by The Office of James Burnett. Chicago’s Park at Lakeshore East is making a name for itself as a rival to the city’s famous Millennium Park. Since being dedicated in 2005, The Park at Lakeshore East is now not only a part of the Chicago Park District, but has also been nicknamed the “village in the heart of the city” by local developers. The 5.3-acre park was designed by The Office of James Burnett of Houston, Texas. The firm, founded in 1989, has amassed a vast profile and says that “Landscape design is their passion – it is who they are, not just what they do – and that passion is reflected in the spaces they create.” The firm was hired early in the project to aid the master plan architects, and also helped to produce the open space guidelines that would later be used in the design and development of the park.

A Prime Location for Now and the Future Located in the middle of the 28-acre Lakeshore East master-planned community in Chicago’s inner loop, the Park at Lakeshore East has become the front yard to the thousands of residents who live and work there. The development overlooks the confluence of the Chicago River and Lake Michigan and, according to landscape architect and park designer James Burnett, the park is “nature’s bounty in our midst. The Park at Lakeshore East is more than just a stunning design — it’s a six-acre oasis in the midst of downtown, home to over 100 different species of plants and trees, four of which are newcomers to Illinois. … These plantings will withstand the elements for hundreds of years. They’ll be loved for generations to come.” 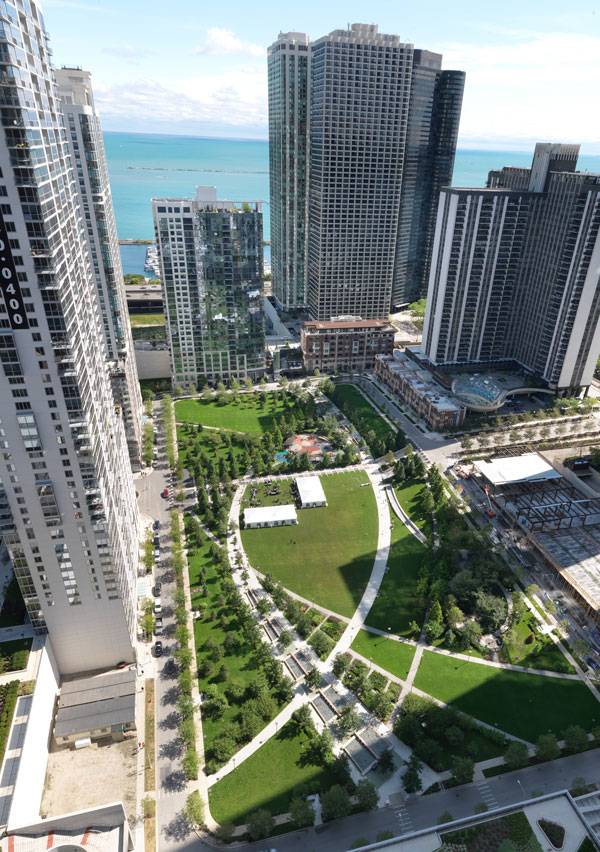 At first glance, the central feature would be the two sweeping promenades, designed to mirror the sails of the boats that can be seen in the nearby harbor. These promenades serve as the primary circulation across the site. Fountain basins, seating areas, and ornamental gardens can be found alongside each, promoting leisurely strolls and quiet reflection. 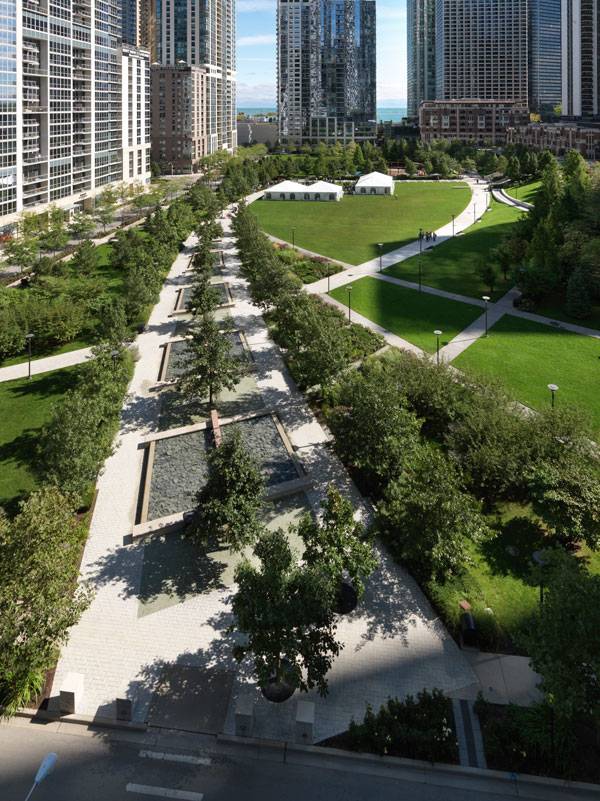 During planning, designers discovered that the grade change on the site was 25 feet, due to Chicago’s three-tiered transit system. Designers turned this into an advantage and used the topography to create a more intimate and enclosed space. The Grand Stair was built to conquer the topography, bring people into the park as an extension of Field Street’s axis, offer a commanding view of the park, and serve as a gathering space for events. But this park offers more than just a place to walk or relax. Educational opportunities abound here for those who are willing to learn. Simply download a copy of the Park’s Botanical Guide, which lists the common and botanical names of the plants, as well as a map and short description of the plants so that the horticultural journey can continue on out into the surrounding city. WATCH: The Park at Lakeshore East…a Personal Vision Children are welcome here, too, and park planners provided them with a gated play area that includes interactive water features and colorful play structures constructed out of recycled tires. Parents are provided with a shaded sitting area from which they can comfortably observe their children play and enjoy the free Wi-Fi. Or they might choose to cool off by running through the spray fountain with their kids. For parents of furry babies, there’s a safe place to play, too. The dog park was designed to provide entertainment for both pets and owners, with varying topography, berms, pathways, a designated off-leash area, and, of course, a special water feature where the pups can get a drink of fresh, cool water. Related  Articles: 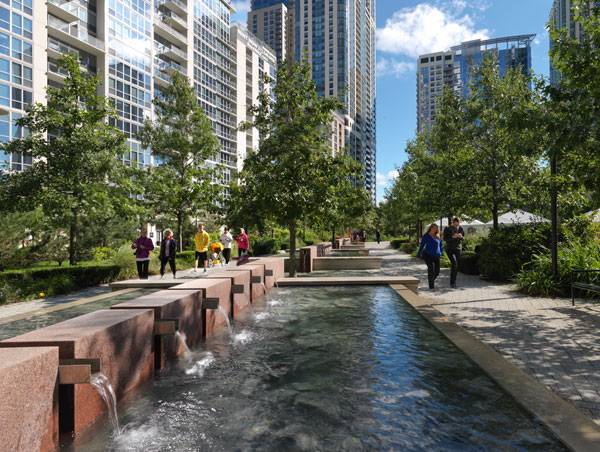 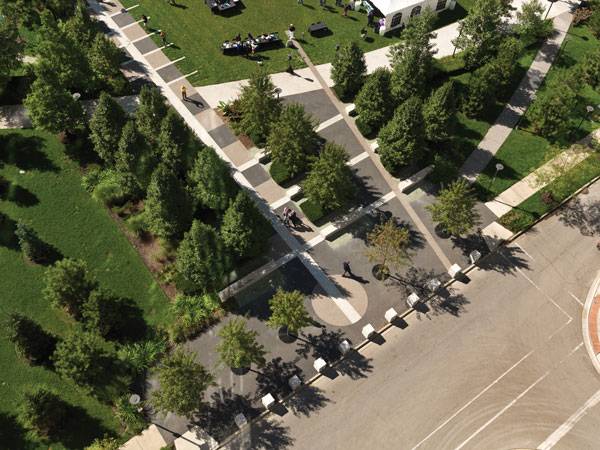 At night, the park still beckons, as a series of lighted water gardens and fountains put on a breathtaking display of shimmering reflections on the water throughout the park. There are also special lighting features used to illuminate the stairs and pathways, making the park beautiful from the towers above, as well. WATCH: The Park at Lakeshore East with James Burnett When the $4 billion redevelopment is complete, the park will be the centerpiece for 4,950 residential units, 1,500 hotel rooms, 2.2 million gross square feet of commercial space, 770,000 square feet of retail space, and an elementary school. Among the awards the park has won are Best Open Space and Best New Park in Chicago from Chicago Magazine, the Builders Choice Design & Planning Award from Builder Magazine, and the Honor Award in Design from the Texas Chapter of the American Society of Landscape Architects, all in 2006. Recommended Reading: