Once in awhile, a great design comes along that creates a physical plane that boosts a community’s already strong spirit. So it is with Kiryat Sefer Park in Tel Aviv, where a spark of nature has not only livened up the built environment, but created a platform for successful community collaborations with landscape architects.   The area was once a garage for the Tel Aviv police, with 12,000 square meters of parking lot, bare ground, and a few large Eucalyptus trees from the British mandate. The unique part of the story of its transformation is that the community started to call it a park even before it became a park. 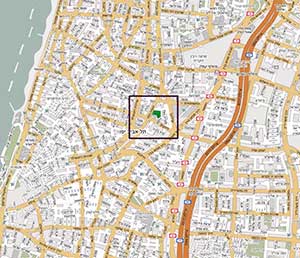 Vicinity map of the project site

For many years, every Friday afternoon after the parking lot emptied of cars, the community would gather to have picnics. It became a playful place for children to dig and discover old pipes, pieces of wood, and building parts — despite the fact that the space had no park-like features — it was just a plain parking lot. People began to work to turn the space into a proper park, holding demonstrations and circulating petitions. Their efforts were not wasted. Landscape Architect Ram Eisenberg was able to combine that strong community spirit and a passion for nature to transform this already loved piece of land into a lively community hub of a park. He explains: “The project was initially called ‘Ecological and Democrat Park’– this was what the community had wanted to call it. I tried to create something that was ecological and democratic, so reusing materials is something very ecological, and the whole issue of involving the community is also democratic. I think there is something deeper about the connection between ecology and democracy. Democracy is a king of ecological thinking in the social process — it deals with letting many forces interact between them. It is the same as what is happening in nature, where everything is in a relationship with everything else. If you look at the social realm, I think democracy is what puts relationships at the forefront of its culture.” 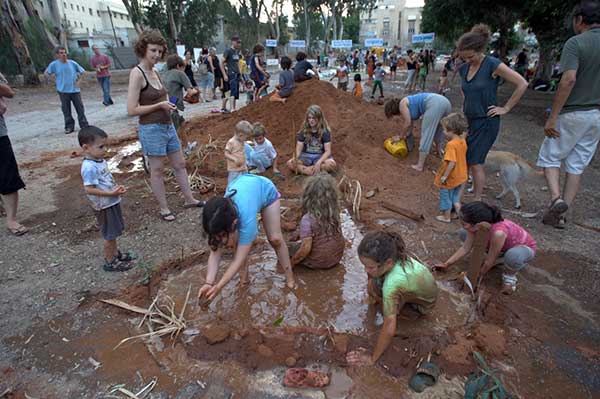 Children playing during the participatory process

Having grown up on a kibbutz — a collective socialist agricultural community in Israel — Eisenberg reinforced what he already knew from his early years about working with communities and understanding the issue of “collaborative creativity” to carry out an elaborate participatory design process with the community. It is this importance of “ecological well-being,” as he describes, that allowed him to implement features that work sensitively well together. Once a day, water in an elevated fountain overflows, rising out and making a peaceful journey across paths through the middle of the park before flowing into three biological pools, one after another, that filter the water into a beautiful waterfall into a pond of recycled materials, plantings, and wildlife. The upper part of the park is densely planted for birds to nestle in its wilderness edge. 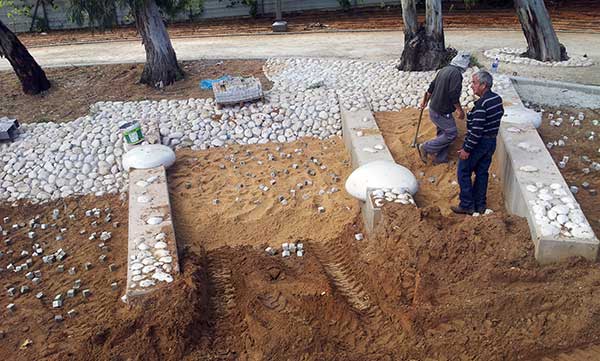 In order to not lose the feeling of discovery that had once existed within this previously derelict site, Eisenberg came up with the idea of letting the local children and adults make treasure blocks — contained within would be “artificial fossils” that if found under the sands, were theirs for the children to keep or to bury again: “This allowed the park to have a feeling of being part of something much bigger than man. It allowed people to have their own fingerprint in the park, which they can then take care of and love.” 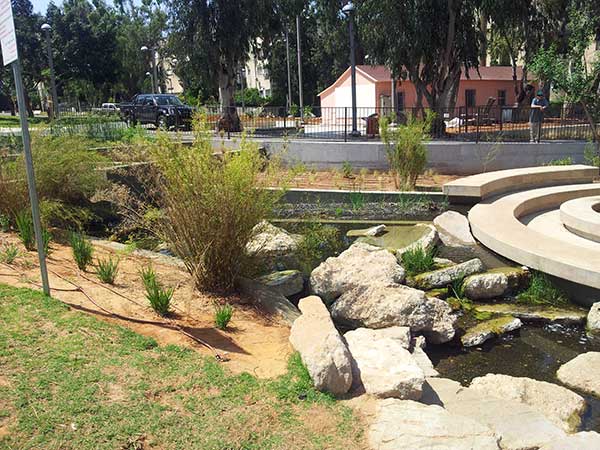 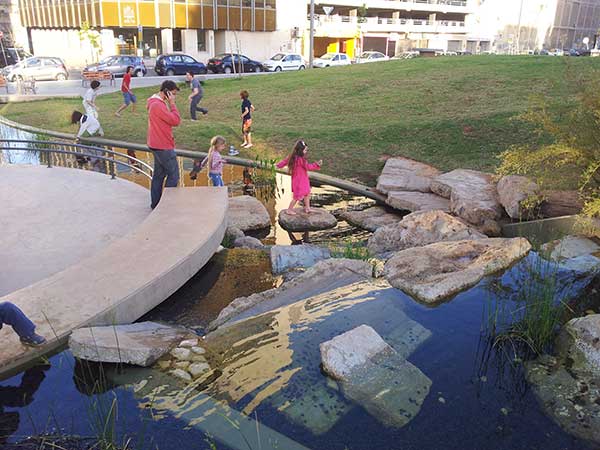 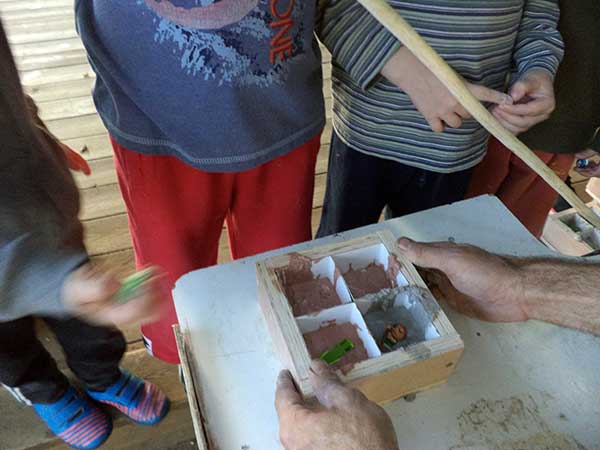 What a joy it must be for the children to absorb themselves in this flow of natural elements and surprising discoveries. Eisenberg’s idealistic nature and the local community’s vision have combined to create a beautifully visual and stimulating park design. Kiryat Sefer Park abolishes the boundaries of age and profession — it is a good example of what can be achieved when many creative and passionate brains come together. Article written by Win Phyo Enjoy what you’ve read! Support us and pick up one of our awesome T-shirts and hoodies today, Click the link