Recently many designers, artists, horticulturalists and biologists have been busy designing and building vertical gardens across the world. Throughout the research I have undertaken for my design practicum (thesis) in Landscape Architecture, I have formed a preference for certain designers. Below are some of my personal favourites. 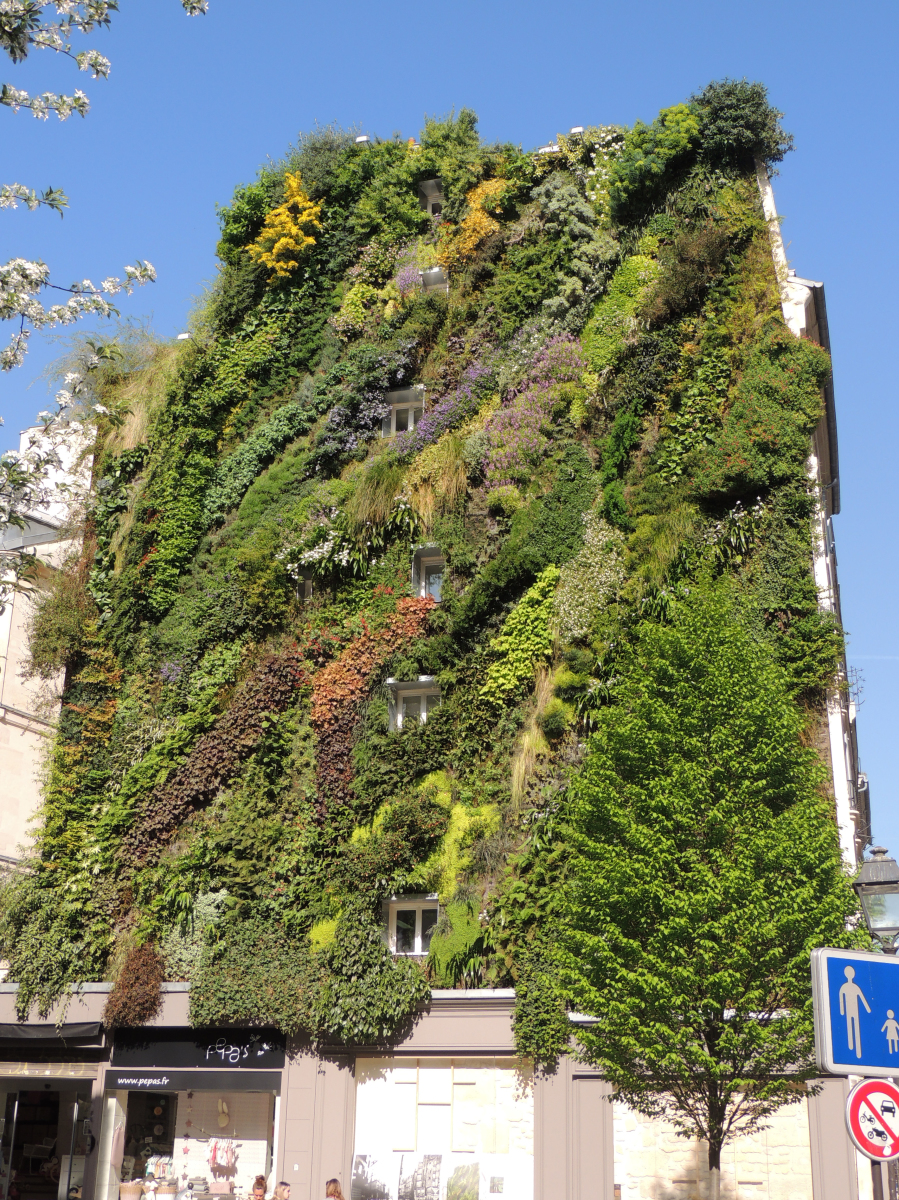 Green Wall at The Oasis d’Aboukir, one year after installation. Image © Patrick Blanc

Of course, at the top of the list is Patrick Blanc, famed biologist and vertical garden genius. I enjoy his work a lot, not only because of the aesthetic beauty that his projects have brought to a variety of cities worldwide, but also because of his humble beginnings. Ok, it might also have a bit to do with the fact that he dies his hair green, too, cause how cool is that?! His first experience with vertical gardens happened a trip to Malaysia where he visited natural cliffs and was fascinated by the were colonized with thousands of different plants. He took this inspiration home to Paris with him, and began to experiment with a fish tank and hydroponic planting systems. I admire the development and experimental nature of his mur vegetal which has evolved into quite the commercial success. 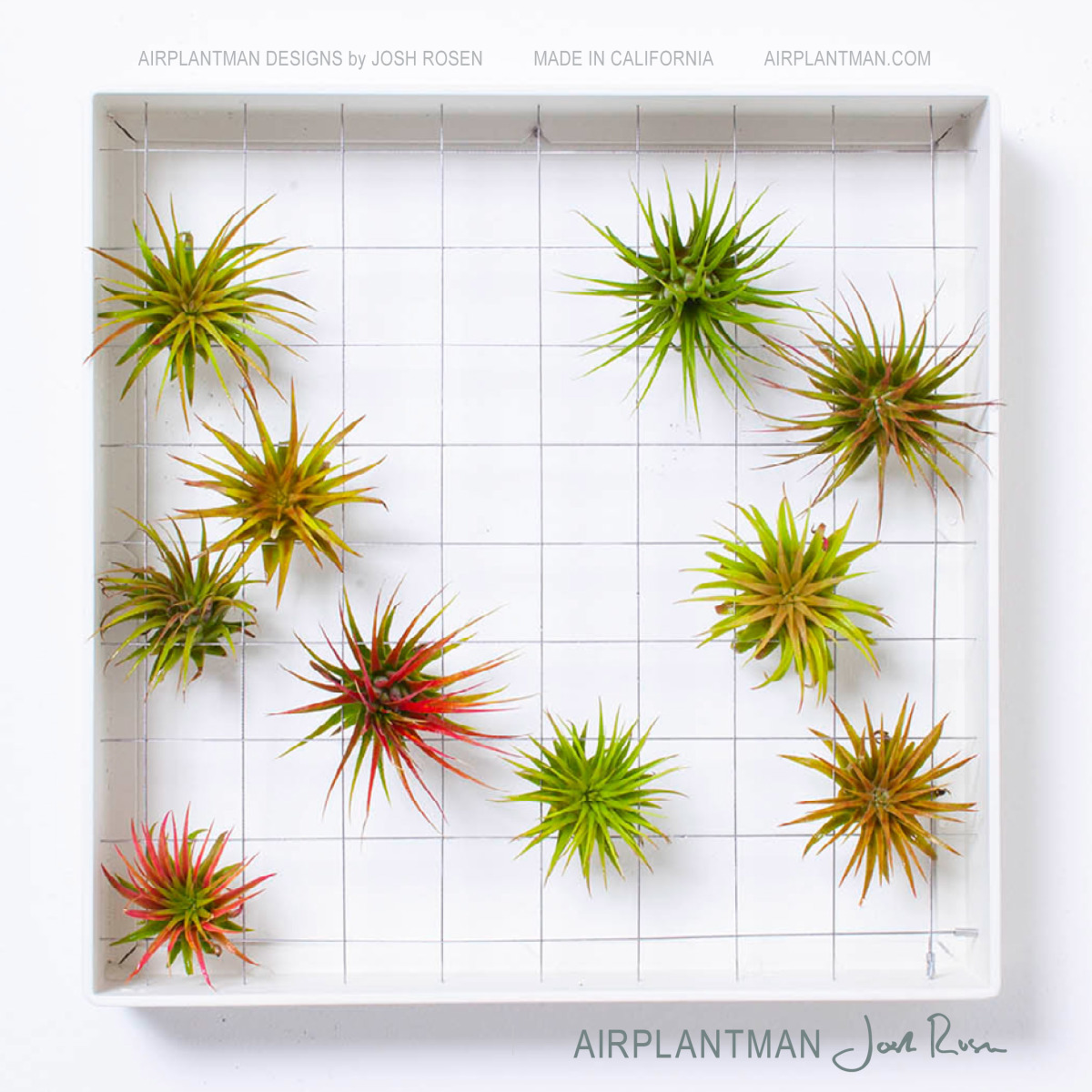 Josh Rosen, known by his professional moniker of Airplantman, is another favourite vertical garden designer. A trained landscape architect in California, his projects are an elegant minimalist approach to vertical gardening. He uses air plants, or tillandsia only to colonize his AirplantFrames. He builds clean lined frames with wire grids from which he suspends the tillandsia. His AirplantFrames are reminiscent of framed images, and remind me of the tillandsia that I have seen growing in the wild, which seem to grow on anything, especially power lines. Part of the reason I love Rosen’s work is because of my obsession with air plants, and the minimalist aesthetic that he works with. 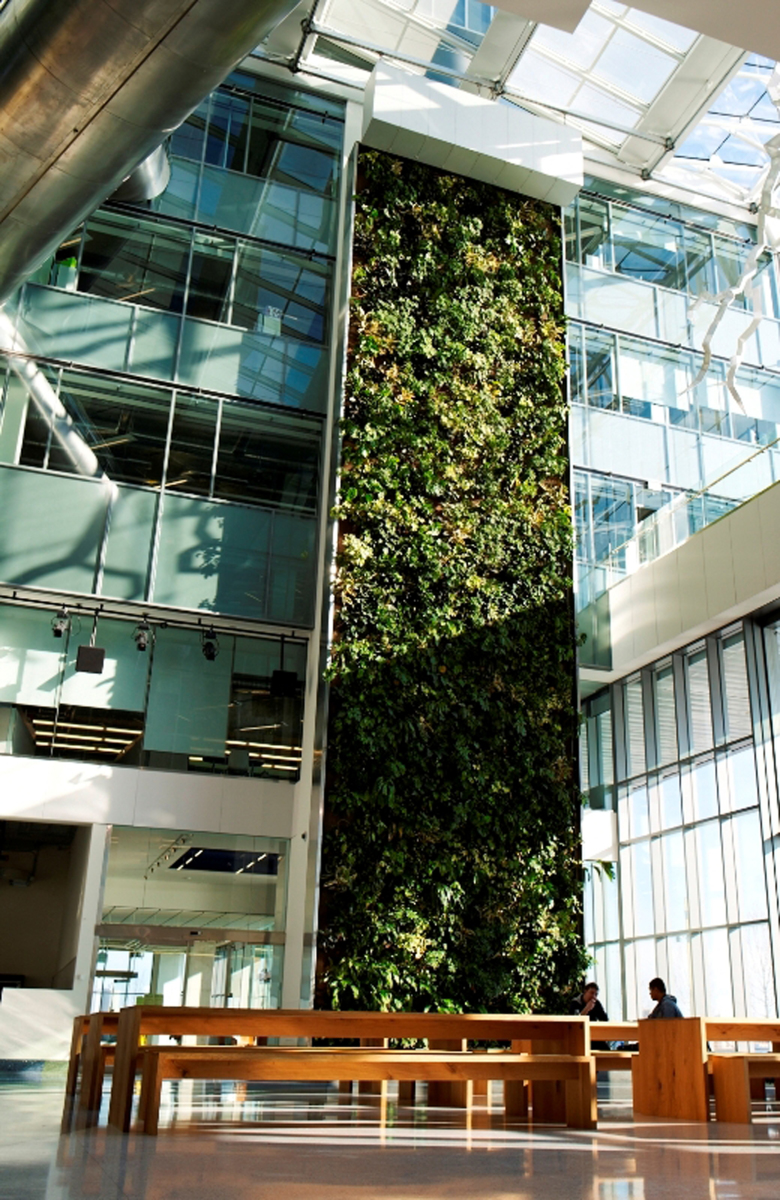 My favourite Canadian vertical garden designer/company is Nedlaw. I admire how Alan Darlington was able to translate his research for NASA into a viable commercial enterprise. As the only company in Canada that offers a biofilter.

Even though I only met him once, Dr. Brad Bass has been an integral part of my education in vertical gardening. He was a co-author in the largest research document the Canadian government has undertaken on vertical gardens (LINK), and was the instructor of a workshop I attended in the summer of 2012 that was put on by Green Roofs For Healthy Cities (GRHC) called Green Walls 101.

I have never met Manfred Köhler, but it seems like his name has been all over all the research I have been doing for the last year. In fact, I just requested a copy of his thesis through my university’s document delivery service, and I am excited to read it… Even though it is in German. Luckily, the chair of my committee is also German and can help me translate. Köhler’s work has been paramount in the scientific analysis of thermal qualities of vertical gardens. As you will surely recall from the Vertical Gardens: Throughout The Ages post, he was also involved in the writing of the FLL (Forschungsgesellschaft Landschaftsentwicklung Landschaftsbau Richthimie für die Planning, Ausführing und Pflege von Fassadengegrüngen).

The funny thing about this pair is that they have collaborated on work together as well. I would have loved to have been a fly on the wall for those conversations!

This post concludes the Vertical Garden series, thanks for reading!