A new bridge for Mont Saint Michel; designed by Dietmar Feichtinger Architects. Anyone who has looked for a touristic destination that gathers unique characteristics probably knows Mont Saint Michel, in Normandy, France. This mini medieval town, combining historical architecture and unusual construction technique has been one of the most visited places in France. Being located in a bay with the highest tides in Europe has contributed to its image of a fantastic boat floating on the sea, with the presence of the one thousand year-old abbey on its top. The lure of this place, declared Unesco World Heritage site in 1979, is being threatened, however, because the island, known for centuries as the “wonder of the western world”, is being transformed into a peninsula. 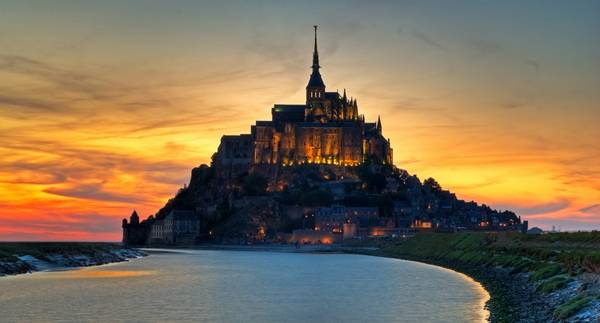 Although this process intensified in the last decades of the twentieth century with other interventions near the area, it is believed that the construction of a causeway to connect the Mount to the mainland, at the end of the nineteenth century, is one of the main factors behind this change. As the construction constituted a barrier to the movement of the sea, the silt brought by tides accumulated throughout the bay, spoiling the beauty of the landscape. Restoration Plan and Renovations  A plan to restore the bay was approved two decades ago and, as part of this, a new bridge is being constructed to enable people to keep accessing comfortably this incomparable place while lessening their interference in the environment.

A Bridge 1,813 Metres in Length The new bridge’s design was the winner of a competition in 2002 that aimed to find a connecting pathway to meet the touristic demand and its sustainability in Mont Saint Michel Bay. Designed by the Vienna and Paris basedDietmar Feichtinger Architects, the new access will be 1,813 metres in length, compound by a new causeway and a bridge.

It encompasses a walkway, already opened on the last July 22nd, and vehicles lanes which will be inaugurated in the next November, when drivers should leave their cars at the parking lots and opt to walk up to the Mount or use a shuttle service to the platform located at its bottom.

Environmentally Sensitive Design  Banning private vehicles was not the only eco-friendly solution included in the new access. Actually the design is targeting to interfere minimally with the sea movement, avoiding interruptions in its natural flow. Thus, instead of a solid construction like the 135 year-old causeway, the design team adopted a mixed structure compound by a causeway and a bridge, whose concrete floor is made by prefabricated pieces, supported by two sequence of pillars, each of them 12 metres high.

The repetition of supporting elements and their height near water surface accentuates the design’s horizontality, enabling transparency to the construction and its continuity to the landscape. Although the real results will only appear after the completion of the bridge and total removal of the old causeway, the most anticipated consequence is that the silt, which is attaching the Mount to the mainland, will be washed away by seawater, allowing the bay to return to its natural state. The Reason Behind Curving The Bridge Another important feature of the new bridge is its curved shape to replace the former straight access. The preference for a design based on a route that follows first eastwards to after bend back in the Mount’s direction created an organic intervention, matching to water flow and providing a broader perspective for visitors to contemplate the bay’s landscape. 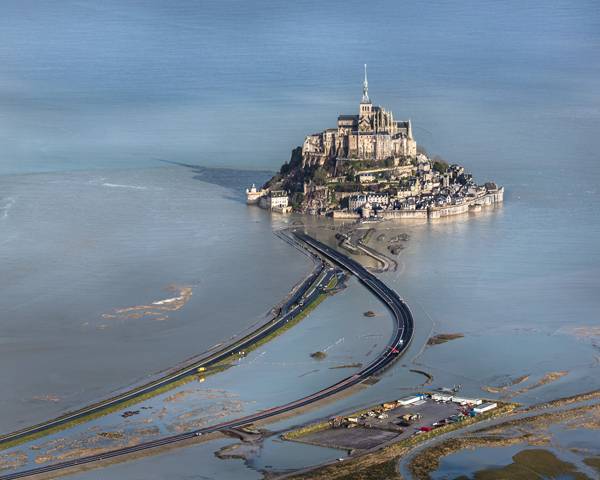 The height of the bridge’s supporting elements is also strategic: the 12 metres high structure will be completely covered by water for a few hours once a year when the tides reach 14 metres, bringing back the scene featuring Mont-Saint-Michel as a wonder between the sea and sky. A Project That Blends in With its Environment  With this new access, the architects showed that a deeper analysis on how the building structure will interfere in the environment is necessary to avoid consequences such as those brought by the old causeway. By creating a solution oriented design that combines functionality, style and harmony with Nature,Dietmar Feichtinger Architects showed coherence with their goals of “treating every project as a new one fitting into a specific location. This involves seeking a new solution every time, endeavoring to be highly contemporary and above all avoiding stylistic precepts. This can mean blending into the landscape like the causeway bridge at the Mont Saint Michel Bay”. 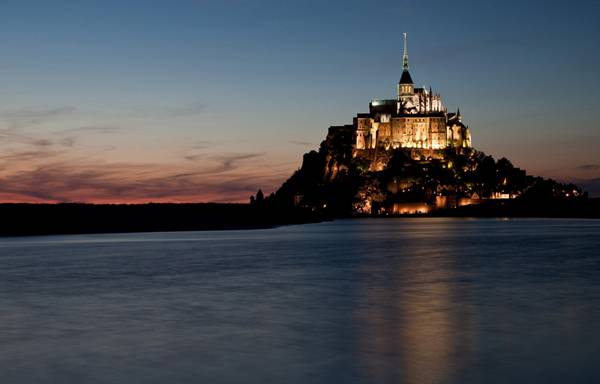 In a place so special like this, their sensitiveness led to the conclusion that the best design is the one that merges gently into its magic. Recommended Reading: Design with Nature by Ian L. McHarg Article written by Tania Gianone Return to Homepage Featured image: Mont Saint Michel’s bridge. Photo credit: Mathias Neveling Published in Blog