Mesa City Center, The Wind Dancer — Colwell Shelor + West 8 + Weddle Gilmore, Mesa, Arizona, USA. I bet that if you aren’t American, you have never heard of the city of Mesa, right? And why should you, even though it’s the third-largest city in the state of Arizona. It is an American city similar to many others. Spread over 133 square miles (344.5 square kilometers), Mesa is part of the large metropolitan area of Phoenix. It is a typical American suburb surrounded by highways, with no significant landmark to distinguish its identity from the rest. So what is Mesa doing to get our attention? Well, city officials have decided to create what they don’t have – a landmark to give the city a new identity and a public space that will increase the quality of life for its citizens, invite diverse activities into the city center, and serve as an activator for the densification and high-intensity redevelopment process downtown. 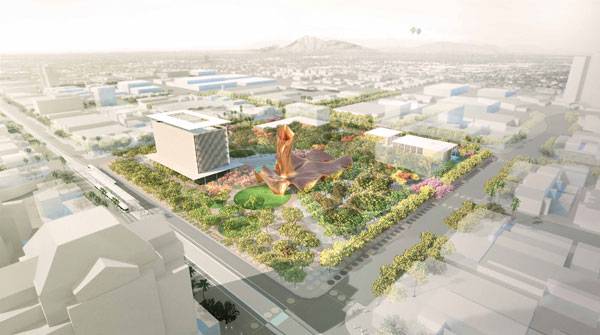 The idea for a new public space design was approved in 2012 by city residents, who voted to fund the project with park bonds. At the end of 2013, the city launched a competition seeking designs for the space. The design teams worked intensely with the community and strongly considered public opinions in order to address the inhabitants’ needs. The three final designs were announced in August 2014, and after public discussions, the design team of Colwell Shelor, West 8, and Weddle Gilmore was selected as the winner. 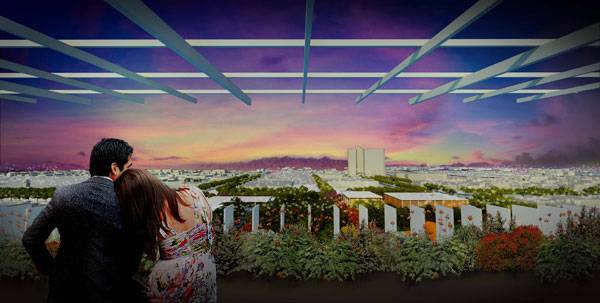 Key Questions During Design Process The future central square — currently covered by vast parking lots and a few municipal buildings — cannot be defined as having a sense of place or being any kind of a pedestrian accessible or public space, so the designers’ task wasn’t easy. Crucial to the success of the winning team’s proposal was the integration of public opinion into the design strategy by asking these three questions before they went to the drawing board: 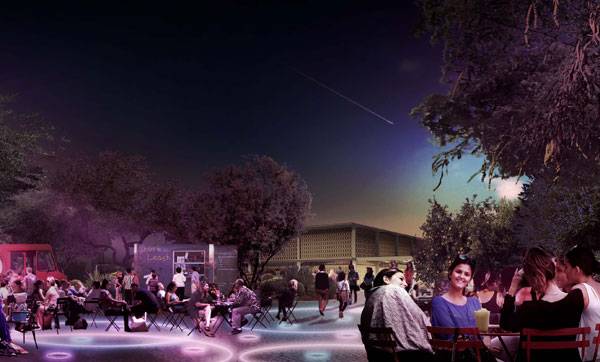 Basing their work on the numerous discussions with the community and the goals defined by the city, the team developed five design principles to guide their proposal. 1. Create a connected district By designing friendly and walkable streets, adding a green network of trees and identity spaces, and providing connections to light rail, bike lanes, and parking, access to the city center was assured. 2. Create an icon for the city A large copper structure called “The Wind Dancer” was created for the central events plaza, turning Mesa into the must-see destination in the Phoenix valley. The passive, evaporative cooling tower integrated into the structure will help to cool the plaza by 15 degrees during hot summer days. Right next to it, a water feature will provide a summer paradise; in the winter, it will transform into an ice rink. 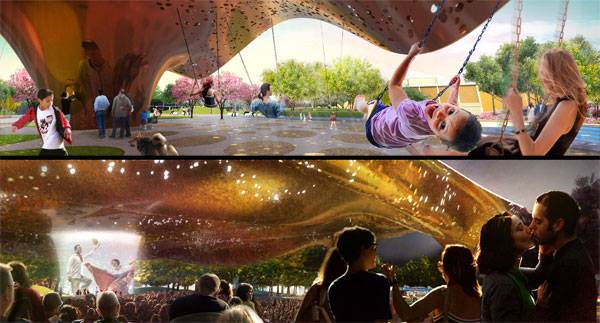 Wind Dancer at day and the night. Image courtesy of Colwell-Shelor-+-West-8-+-Weddle-Gilmore 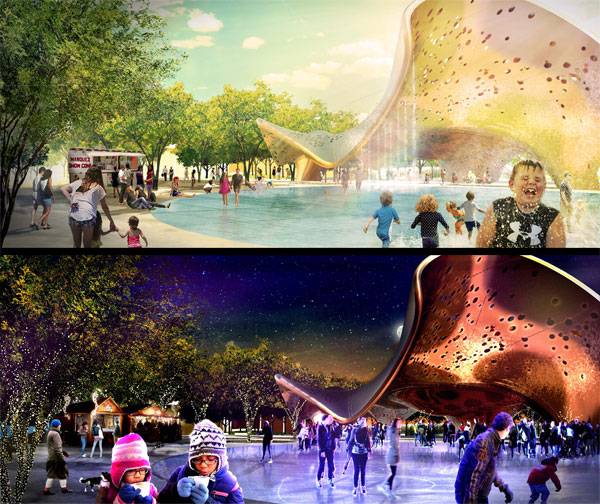 3. Create many types of shade To respond to the number one request of the community, the team decided that the project will provide shade on day one of its implementation.

Keeping valuable trees already on site, adding more than 500 new ones, and building permanent shade structures will assure the presence of enough shade straight away. 4. Invite activities Answering the community’s demand for comfortable places to sit, but also fulfilling the demand of the city to have a major world-class events place, this principle serves to create diverse activity areas mixing a variety of interests in one place. Having calm corners to sit and relax as well as the unique events plaza with the Wind Dancer monument, together with a farmers market and places to grab a drink or some food, makes downtown the heart of the city’s public life. 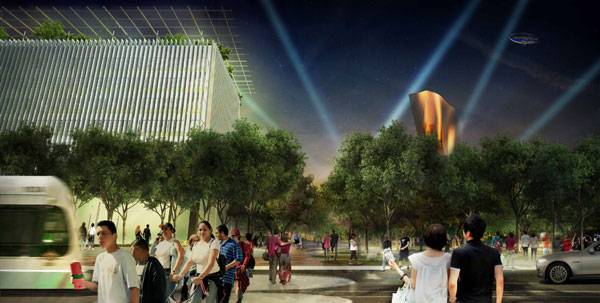 5. Make a feasible, one-phase proposal Keeping and revitalizing the existing onsite buildings will save on expensive demolition costs and provide space for activities on the ground floors. A makeover for City Hall will make it a part of the “town square with a twist”, as the designers call it. A new, publicly accessible sky lounge on its rooftop will provide an exceptional experience. Related Articles: 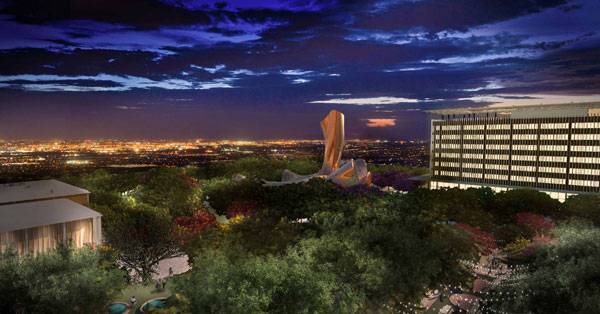 Key to Creating Successful Public Spaces Embracing these principles has won over the public, and an important lesson to take from this is that it’s one of the rare cases where the community has been given the chance to participate throughout the whole process, from deciding on the idea for the project through the design process to the final decision-making. That is an important step on the way to creating successful public spaces to which people will return again and again.

Looking at the larger scale, the project is just a minuscule part of an enormously spread-out city that will need a lot more that just one such project to transform its quality of life. But it is the start of a process we’ll hopefully see unfold in the future. What do you think? Recommended Reading: