Article by Tahío Avila Aalborg Waterfront Phase II by C.F. Møller in Aalborg, Denmark. Aalborg is one of the most highly populated cities in Denmark. And despite the university city’s industrial heritage, Aalborg is concentrating on building a “cozy cosmopolitan atmosphere” along its waterfront, which recently has been transformed into a cultural quarter, with new university buildings, student housing, and a striking concrete music hall.

The first phase of the project, begun in 2004 and completed in 2013, is a one-kilometer stretch of tree-lined, detailed boulevard for cyclists and pedestrians. It includes promenades with steps, recessed terraces, and urban gardens that facilitate activities such as markets, ball games, and sunbathing, while at the same time allowing people to get close to the water in a new harbor bath. The main idea was to create attractive spaces to benefit many different users and to let the Aalborg Castle become the harbor’s centerpiece, with a big green area and details to frame the historic embankments. 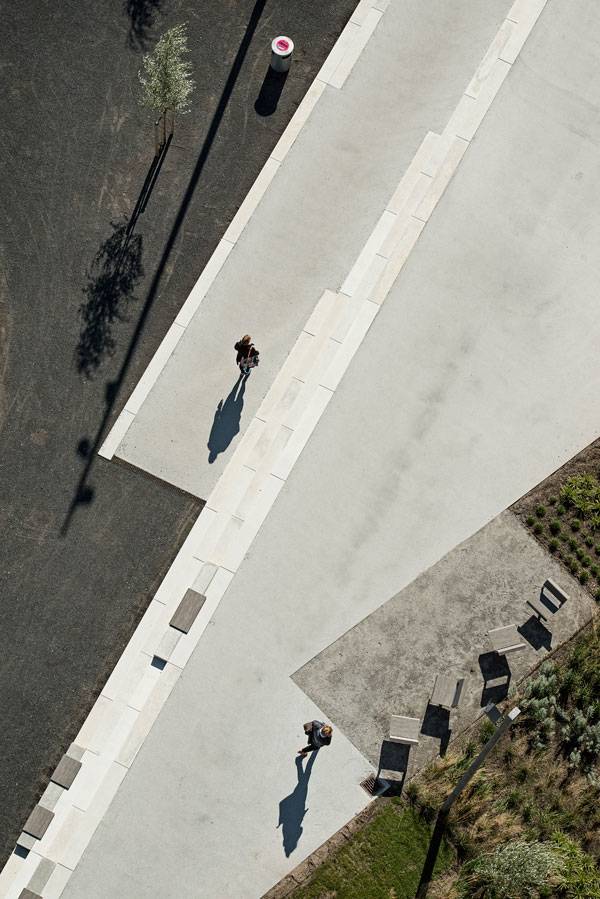 The second phase follows the same basic approach, with the promenade as a unifying element; in two years of construction (from 2013 to 2015), the designers have managed to link the city’s medieval center with the fjord and turn it into an attractive front for all types of users. 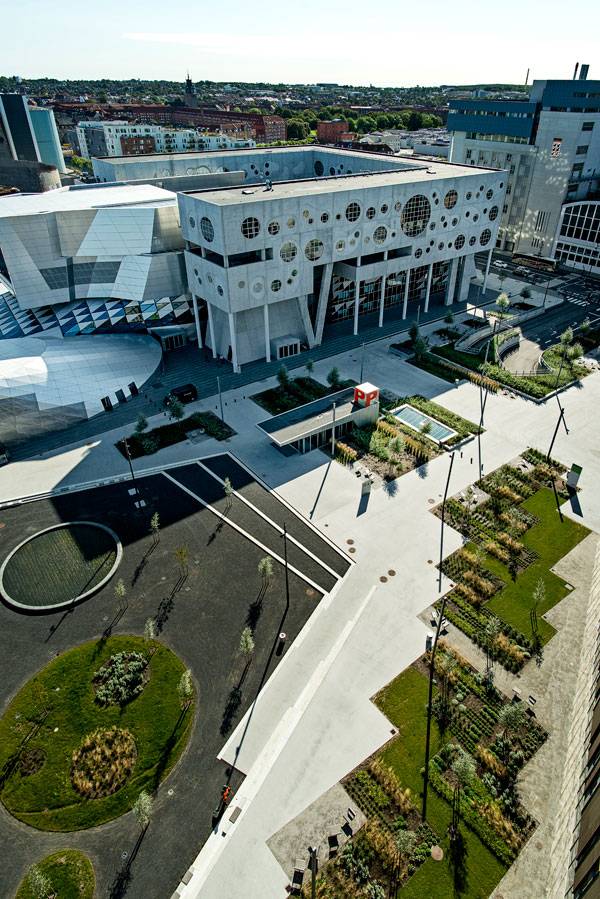 New variations of spaces have been added, centered on the Utzon Center, a cultural center; the Aalborg house of Music (or Musikkens Hus), designed by the Austrian international design firm Coop Himmelblau; and the Nordkraft power plant, which was also renovated and functions as the primary cultural venue in Aalborg. It is considered one of the most impressive houses of culture in Europe, according to the official tourism site of Aalborg. 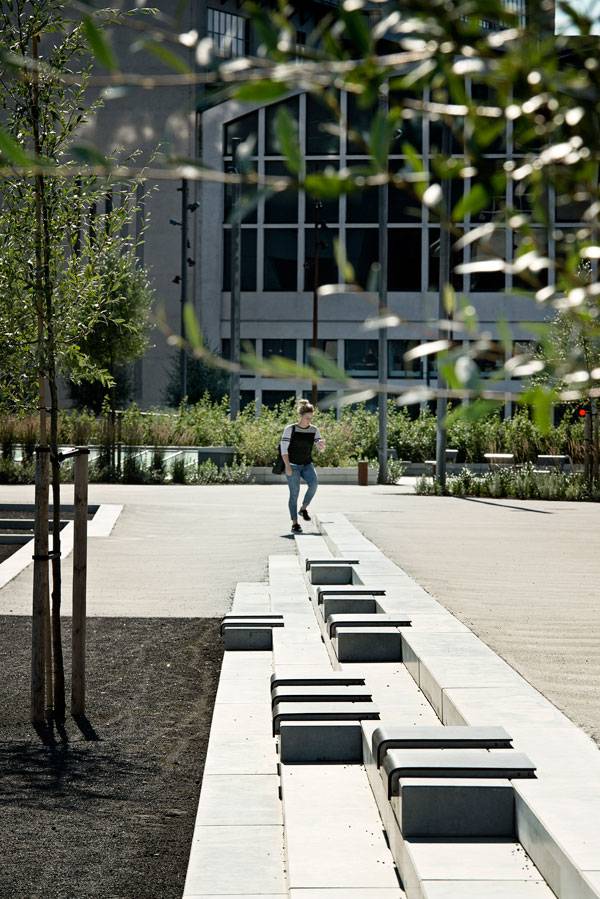 The central idea of the second phase is the continuation of the waterfront promenade as a “marsh” or fusing component, in combination with a light, curving platform or plinth, upon which the buildings are located, as in a raised dune landscape. 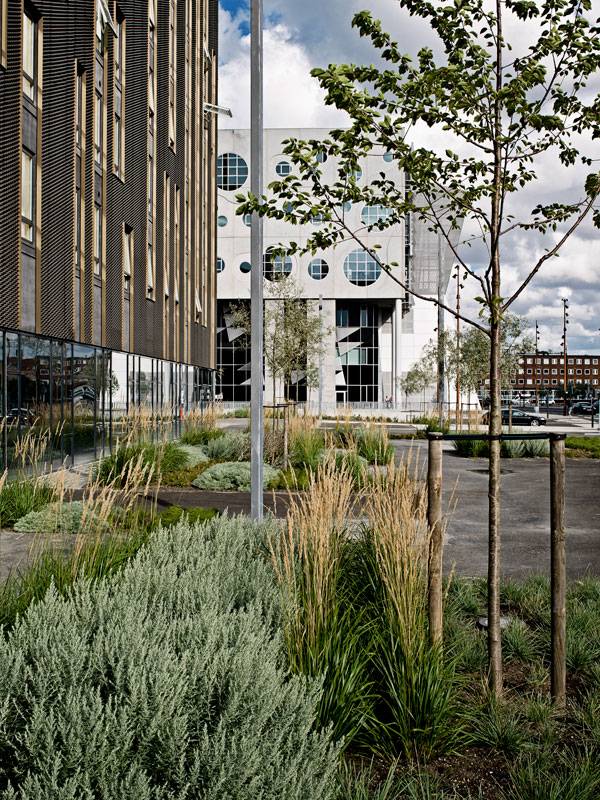 It also draws inspiration from the meeting between the “dunes” and the flat foreshore. The plinth forms a raised base, which, again, unifies the area’s distinctive, freestanding buildings, including university buildings, student housing, and the concert hall. 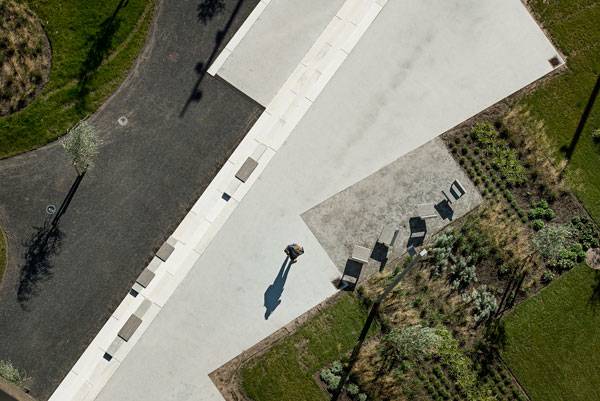 In this composition, the square around the House of Music is highlighted by an independent rectangular plinth. The urban plinth provides flood protection; the designers formed a series of carved incisions into it to create a series of spaces with diverse functions. The whole complex is protected from the wind by the plinths sites, designed as seating steps. 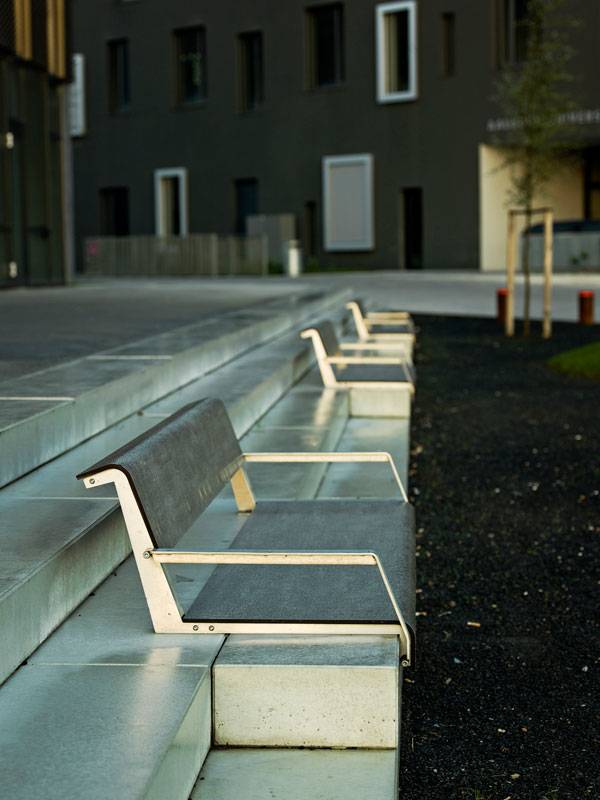 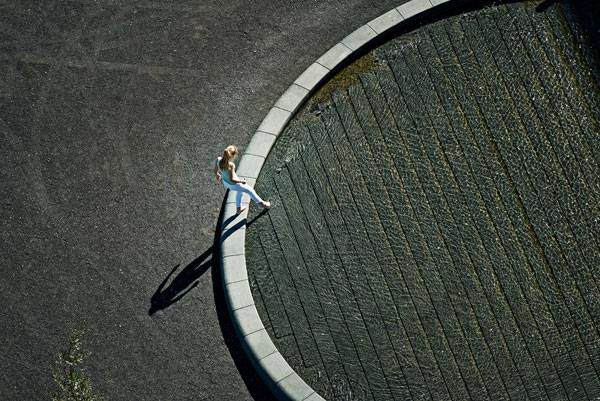 The designers integrated spacious plazas and large green areas into the promenade sequence, creating lush green spaces with dense vegetation. The planting consists of trees, shrubs, and grasses that are native to the North Jutland fjord landscape.

The master plan for Aalborg Waterfront links the city’s medieval town center with the adjacent fjord, which was previously difficult for citizens to access due to the industrial harbor and the associated heavy traffic. By tying in with the openings in the urban fabric, a new relationship between city and fjord is created, and what was formerly a back-side is turned into a new, highly attractive front. 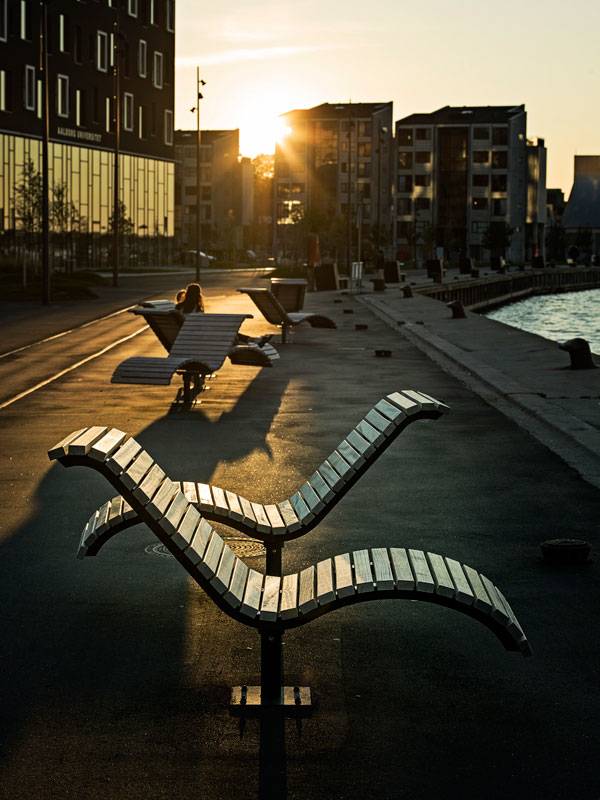 The designers wanted to create a beach boulevard in the approximately one-kilometer-long stretch of the port and be able to satisfy some of the possible needs of the users. The design of the boardwalk was also a strong point of the design: The staircases, submerged terraces, and harbor bath allow users to be in direct contact with the water.

In contrast with the high-quality materials used in the plinth around the House of Music, the other surfaces used in the area are raw and simple: asphalt, steel, in situ-cast concrete, and wood were the materials used, just as in the first stage of Aalborg Waterfront. 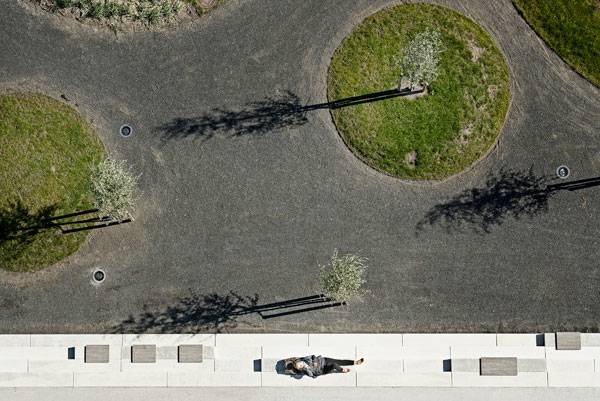 Pavement textures and patterns are all around the waterfront. Some patterns were made with different plants, such as grasses, forming little spots that highlight resting areas or even a single tree. The waterfront design also includes orchards, with small seating areas to enjoy the view. 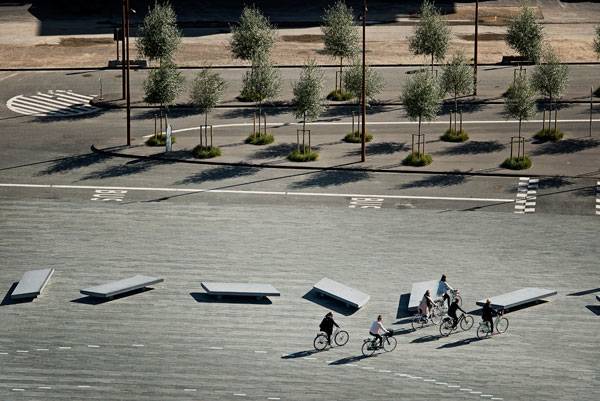 In conclusion, this is a unique and very complete waterfront, designed and well thought out for pedestrians and especially for the cultural interest, not only for city the inhabitants but for the tourists, too. The need to focus on natural and cultural areas is rising every day, and this is a great project that combines both of them very well. What do you think of Aalborg Waterfront Phase II? Let us know in the comments below! Go to comments 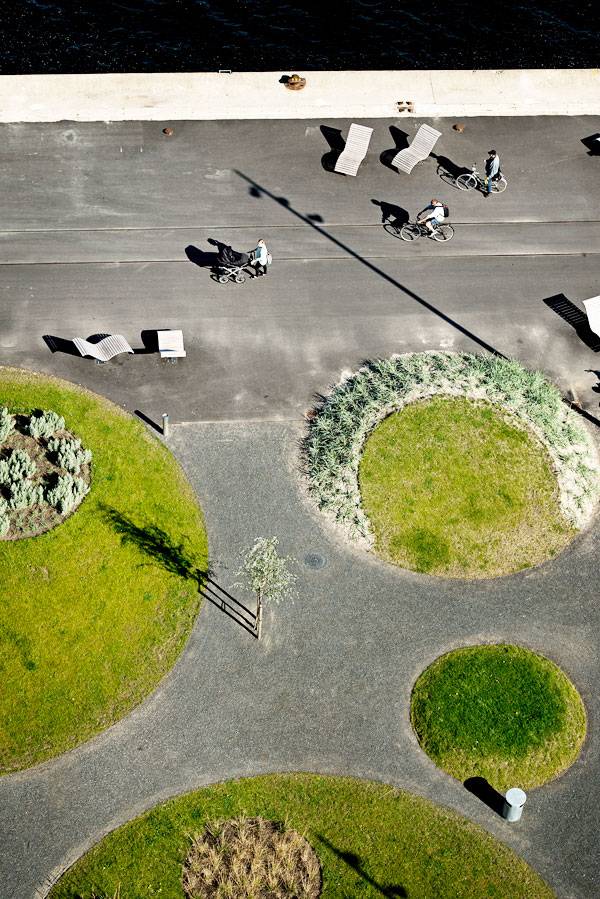