Secretary Shaun Donovan of HUD just announced the six winning proposals of Rebuild by Design, a coastal resilience competition created in the wake of Hurricane Sandy. The winners, which include landscape architecture firms SCAPE and PennDesign/OLIN, will receive $920 million in funding to realize the proposals. The year-long competition, which was named one of CNN’s 10 Best Ideas of 2013, was created out of President Barack Obama’s Hurricane Sandy Task Force. The six projects are located in New York, New Jersey, and Long Island. 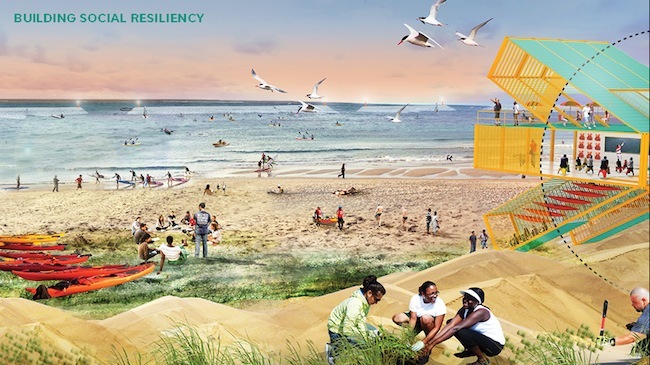 SCAPE brings their famous concept of “oyster-tecture” to their winning “Living Breakwaters” proposal. Located in Staten Island, the design builds ecological resiliency through revived habitat. Rather than rely only on concrete and rock walls to break up destructive wave energy, SCAPE designed a “reef street” network comprising micro-pockets of complex habitat to include finfish, shellfish, and lobsters. The living infrastructure will be combined with cultural and educational programming to teach the community about Living Breakwaters.

Living Breakwaters from Rebuild by Design on Vimeo. 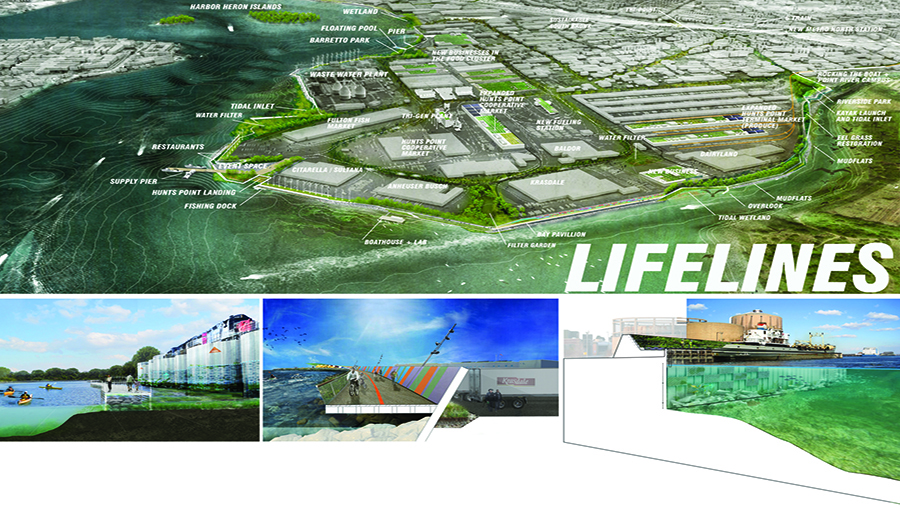 The “Hunts Point Lifelines” proposal aims to protect one of New York’s most important food hubs, an area in the Bronx that supplies food for 22 million people and over 22,000 direct jobs to people living in the poorest U.S. Congressional District. To bring together a model of WORKING WATERFRONT + WORKING COMMUNITY + WORKING ECOLOGY, the project is split into four Lifelines: the Flood Protection Levee Lab to protect the food hub; Livelihoods that provide additional resiliency-related jobs; Maritime Emergency Supply Lines to improve preparedness; and Cleanways, a new tri-generational plant that will shift the community to off-grid power supplies.

Hunts Point | Lifelines from Rebuild by Design on Vimeo. 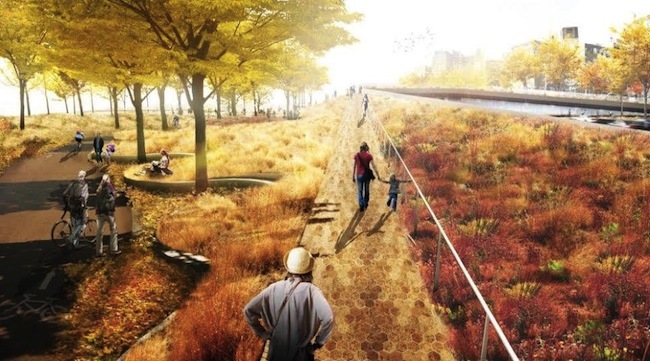 The Copenhagen-based architecture firm Bjarke Ingels Group has designed “Big U,” a 10-mile long flood-protection zone to will wrap around the edge of Manhattan. The multipurpose system will not only shield the city from floods and stormwater surges, but also doubles as additional social and recreational space. The proposal, which received over a third of the allocated Rebuild by Design funds, will enhance the public realm while protecting critical infrastructure.

BIG U: A Day in the Life from Rebuild by Design on Vimeo. 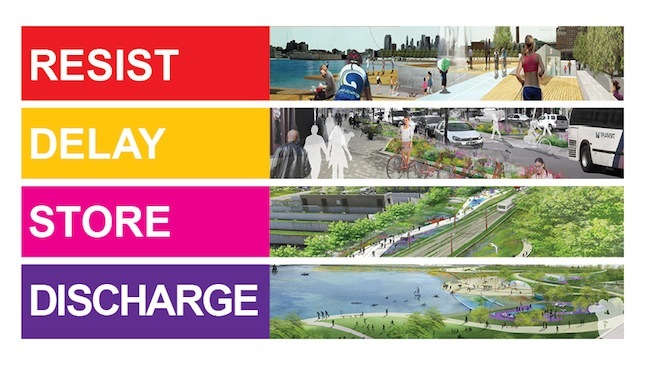 Resist, Delay, Store, Discharge: A Comprehensive Strategy for Hoboken from Rebuild by Design on Vimeo. 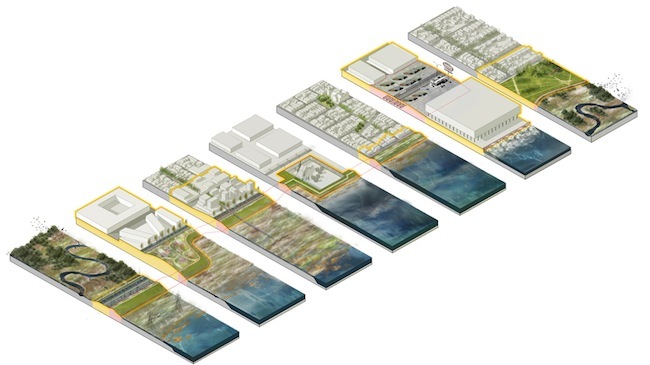 The New Jersey Meadowlands are a large collection of wetlands with a diverse wildlife habitat located in northeast New Jersey. The proposed New Meadowlands project will combine the existing ecosystem with civic amenities such as transportation. Additional berms and marshes will be added around the edges of Meadowlands to protect against flooding and sewage overflows.

New Meadowlands from Rebuild by Design on Vimeo. 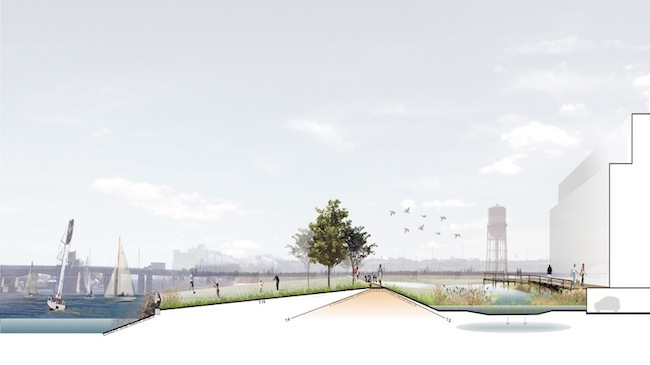 “Living with the Bay” is a comprehensive regional plan to buffer Nassau County’s South Shore bays from extreme weather events and sea level rise. The Interboro team takes an integrated, multii-pronged approach that will not only protect the region, but can also improve the water quality and quality of life in the region.

Living with the Bay: A Comprehensive Regional Resiliency Plan for Nassau County’s South Shore from Rebuild by Design on Vimeo.

Images via Rebuild by Design