Built atop a formerly contaminated industrial site, Tanner Springs Park is considered “an experiment in sustainable park design and management.” This innovative park is located in the Pearl District of northwest Portland, an area that was once a wetland and a lake. As the population grew in the late 19th century, however, the wetland and lake were filled in, Tanner Creek was rerouted through underground pipes and the land built over with warehouses and residences. Today, the design of Tanner Springs Park represents a desire to reconnect Portland with its ecological history; the park sits about 20 feet above the former lake surface. 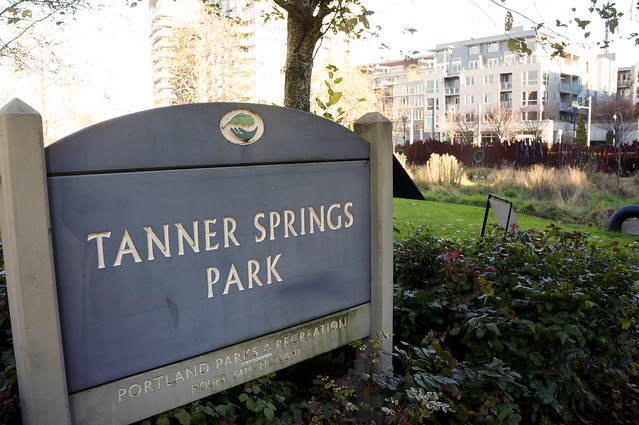 Initial planning efforts for the Pearl District in the 1990s included early plans for a network of open spaces. After the opening of Jamison Square, which was the first of the open spaces to be developed, the planning for Tanner Springs Park began in early 2003. Atelier Dreiseitl, a renowned German design firm, and GreenWorks, P.C., an award-winning, local landscape architecture firm, were selected to design the park in conjunction with community involvement. 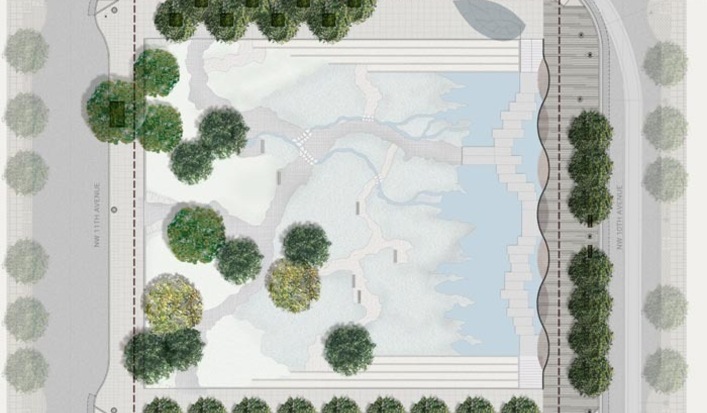 The final design reconnects the neighborhood with the pre-industrial wetlands, not only by recreating the historical landscapes, but by showcasing the closed-loop water system as well. Sloping downwards from west to east, the west end of the park starts with an Oak savannah prairie followed by a native grassland, the wetland, and finally a pond at the eastern end. 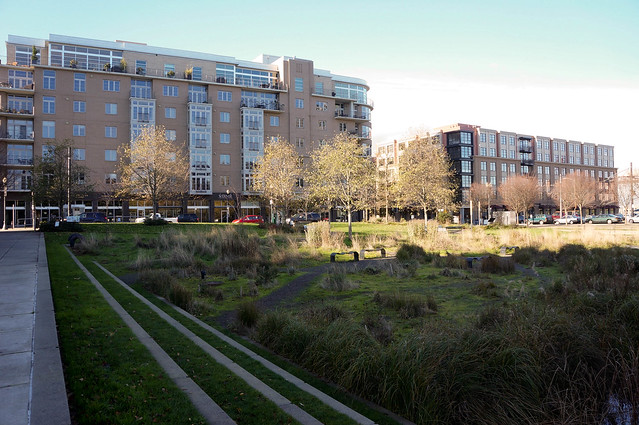 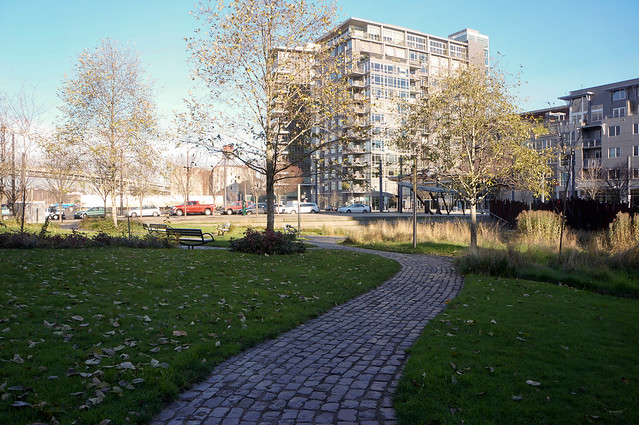 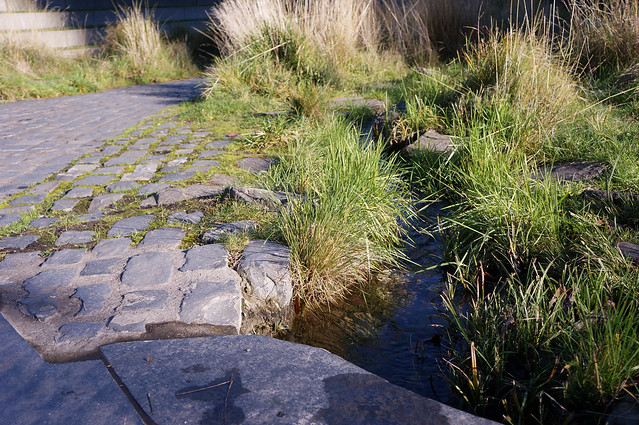 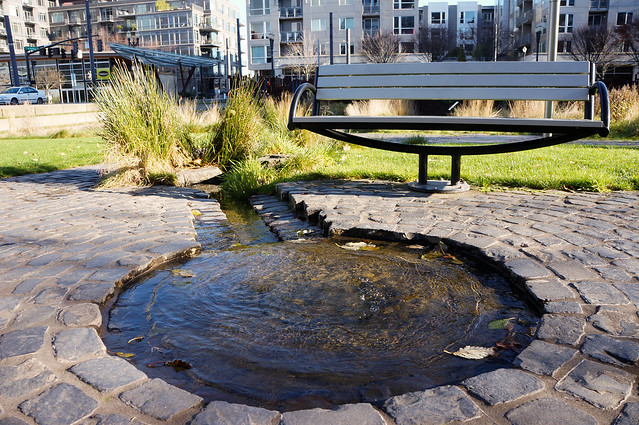 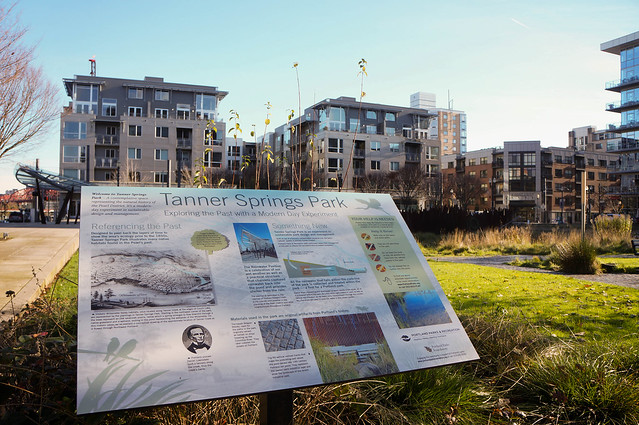 “All the rainwater that falls within the curb-line of the park is collected and treated within the park–a first for a Portland park. Rather than channeling the stormwater to storm drains in the street, all of it is filtered within the park. an ultra violet light system is used, as well as natural soil filtration as the water runs “downstream” through the runnels. No chemicals are used to treat the water in this closed system.”

A Rainwater Pavilion was also added to channel captured rainwater back into the park’s pond and streams. 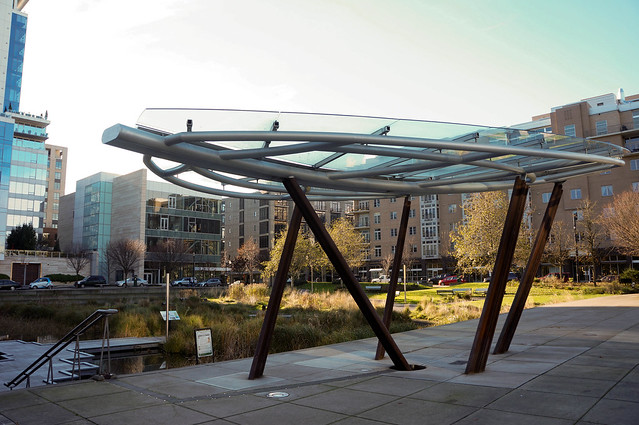 Tanner Springs Park should also be noted for its strong representation of Portland’s prior industrial landscape through the use of various materials. The signature art installation at the east end of the park consists of a sloped and staggered wall of 99 vertical rail tracks, used in the 19th century Portland rail yards. This wall of rusting reddish brown rail tracks are interspersed with blue stained glass panels with images of insects–“a merging of man-made and natural references.” The basalt Belgian blocks that pave the park walkways are historically significant as well. The material originally served as ballast on ships traveling up the Columbia River and later cobbled the streets of Portland. 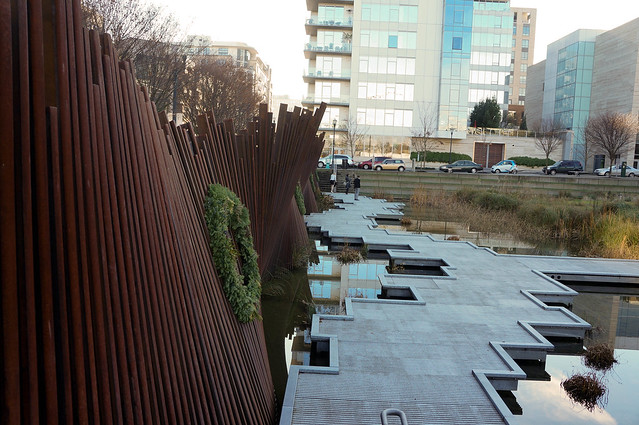 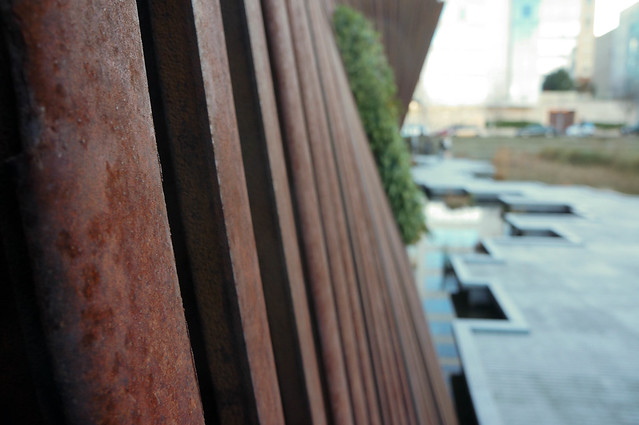 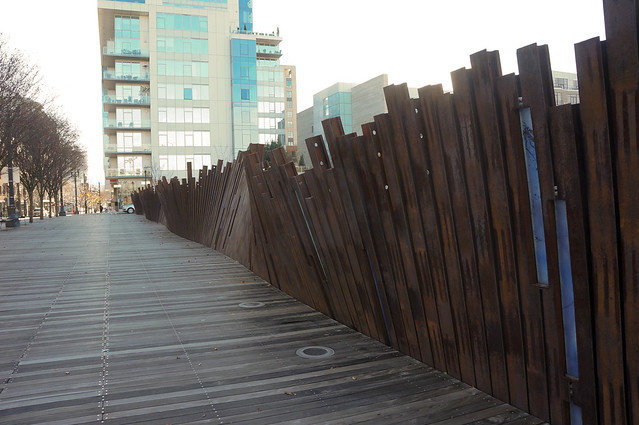 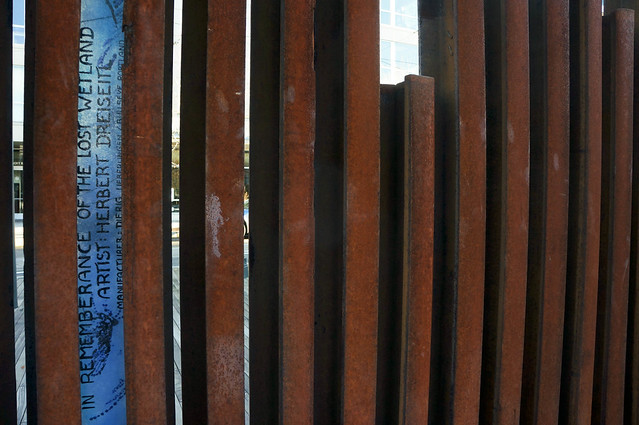 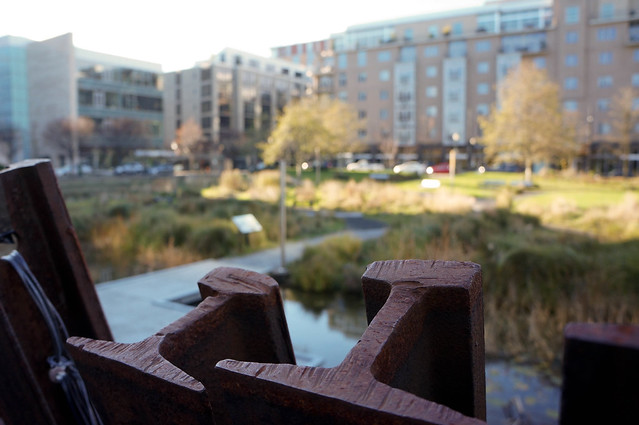 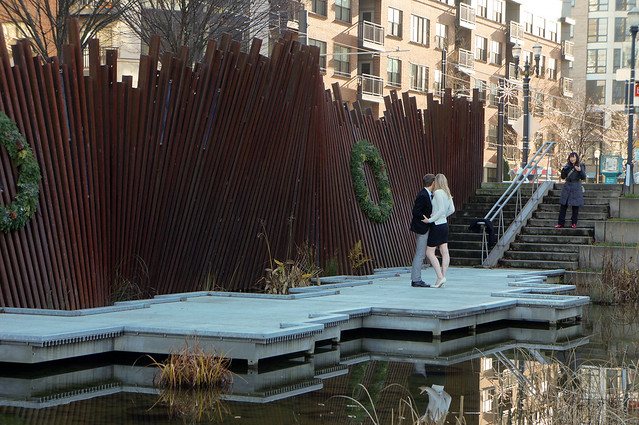 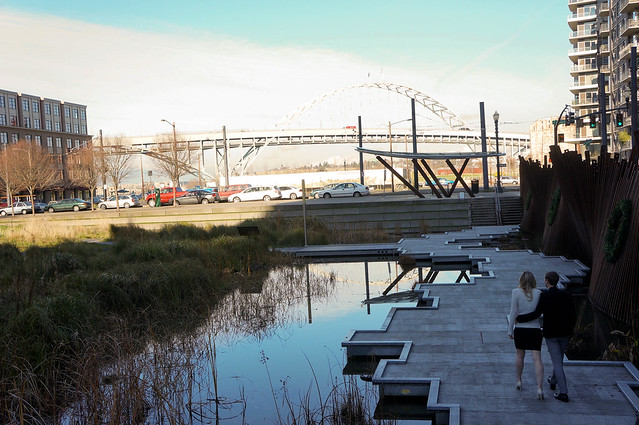 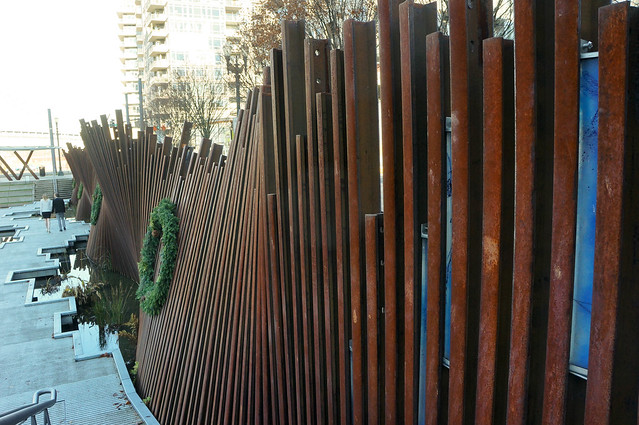 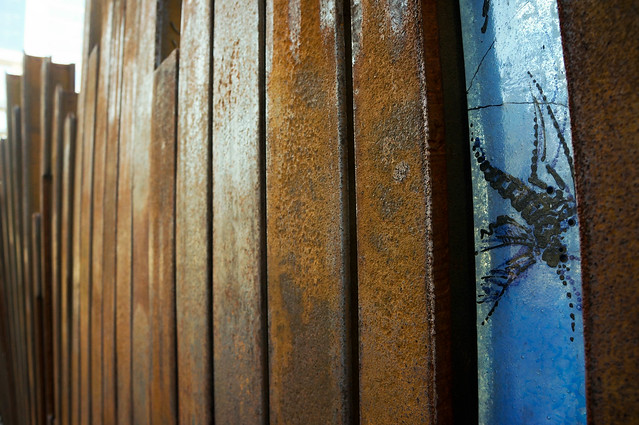 Fun Fact: Tanner Springs Park was featured as ‘Lipsy Park’ in an episode of Portlandia, a satirical television series set in Portland, OR.