Created to commemorate the birthplace of the United Parcel Service (UPS), Waterfall Garden Park is a private pocket park tucked away in an assuming corner of Main and Second Street. Designed by Sasaki, Dawson and DeMay—Masao Kinoshita of the Sasaki office served as the primary designer—Waterfall Garden Park may be small (it measures 60 by 80 feet), but the space imparts a strong, lasting impression. 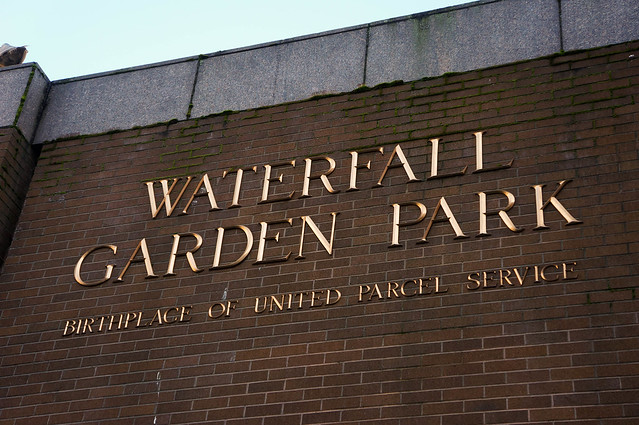 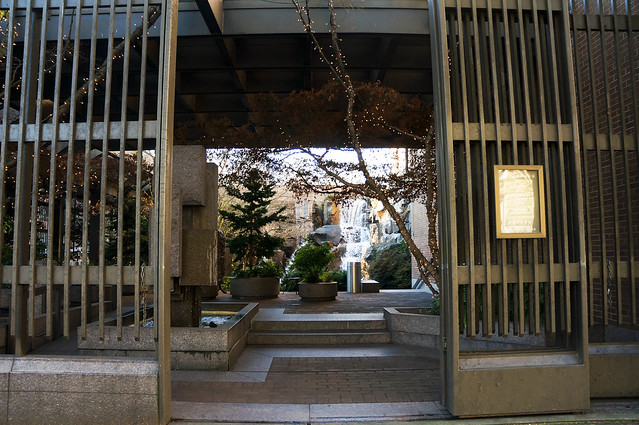 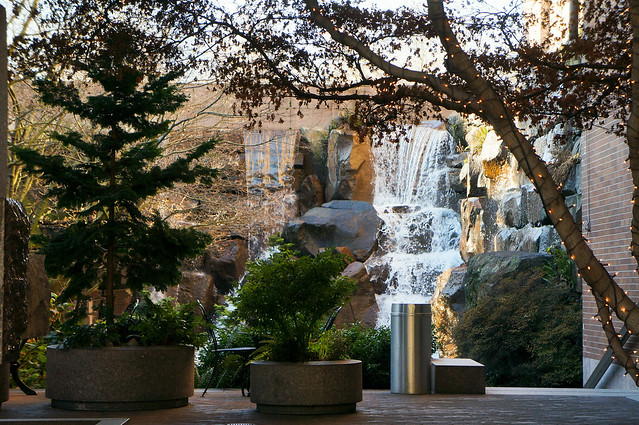 A modern interpretation of a Japanese garden, the central feature of the park is the dramatic 22-foot high waterfall constructed of natural granite borders. Five thousand gallons of continuously filtered and recirculated water per minute cascade down the falls, a water feature channeling the precedent designs of Hideo Sasaki’s Greenacre Park as well as Zion & Breen’s Paley Park in New York City. The waterfall runs year-round and is a safe and quiet haven for lunch goers; since the park is privately managed by the Annie E. Casey Foundation, a security guard is present during the park’s open hours, after which, the park is securely gated off by an iron fence.

There are two primary elevations within the park: an L-shaped upper terrace slightly raised above the surrounding street and a lower rectangular terrace directly adjacent to the central waterfall. Both terraces feature small movable chairs and tables with seasonal plants providing a soft contrast to the texture of the architectural granite, brick and steel. A stream runs the perimeter of the park, effectively surrounding visitors with the presence and sound of water. 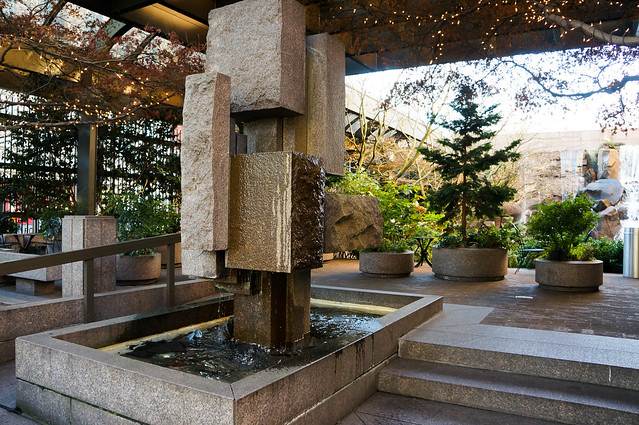 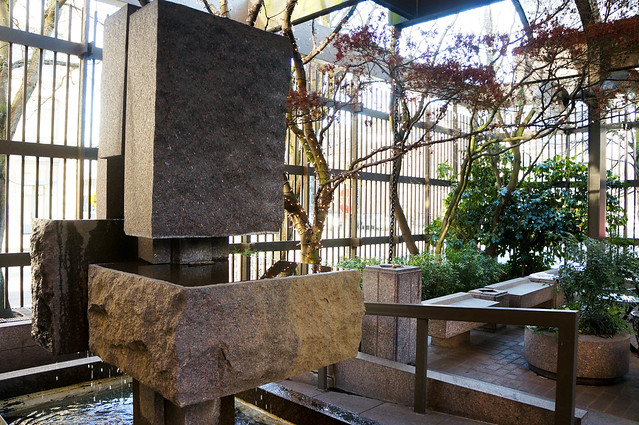 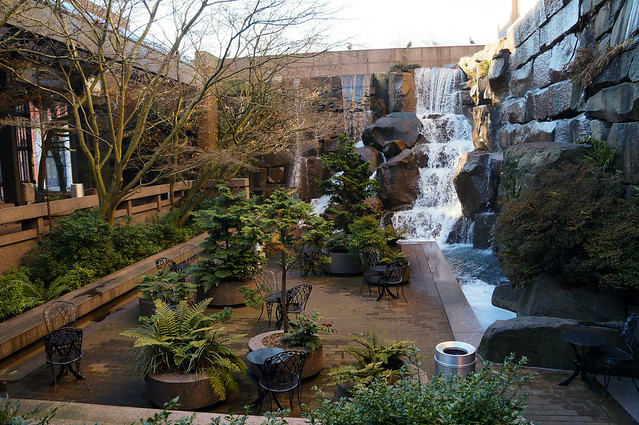 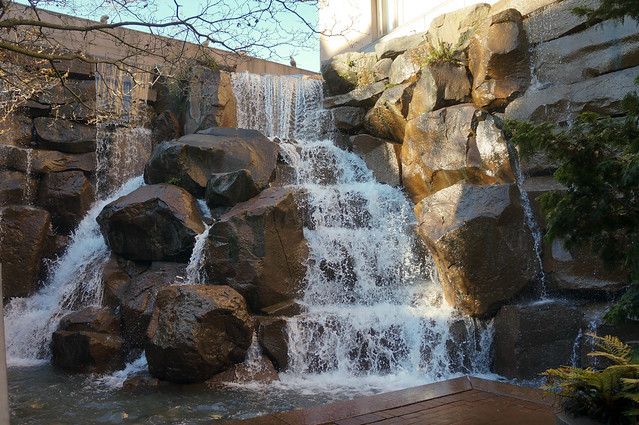 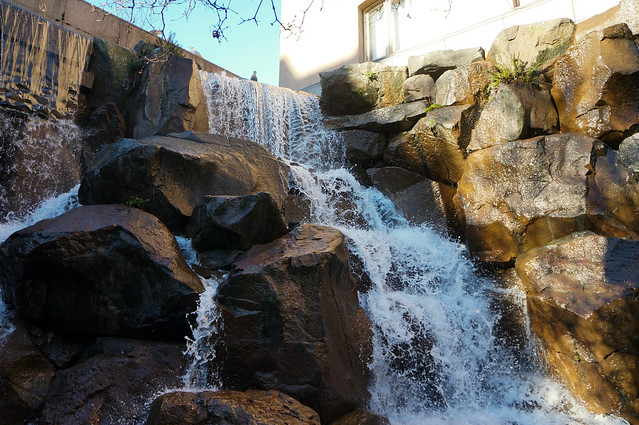 An unexpected, but beautiful and compact garden in the historic district of Seattle, Waterfall Garden Park is the ultimate urban oasis. As many Seattle locals can attest, Pioneer Square and the surrounding area looks fairly rundown and dirty, however, step inside the garden gates and this park feels like a lush, secret garden. The roar of the waterfall drowns out urban noise, evergreen foliage obscures the streetscape, and this meticulously maintained space has a tranquil and calming effect. 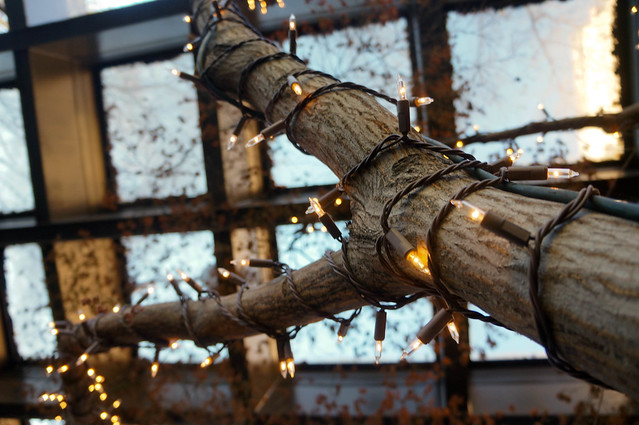 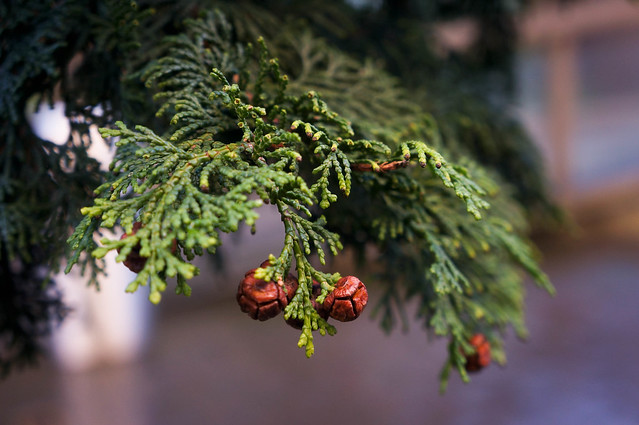 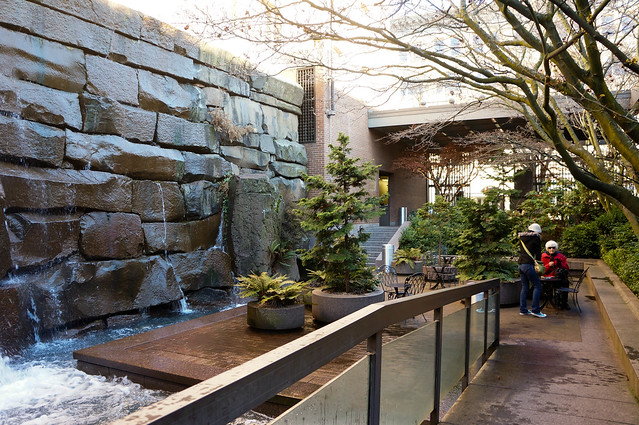 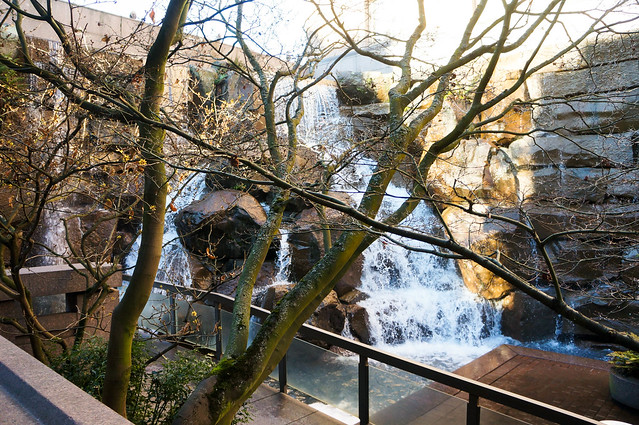 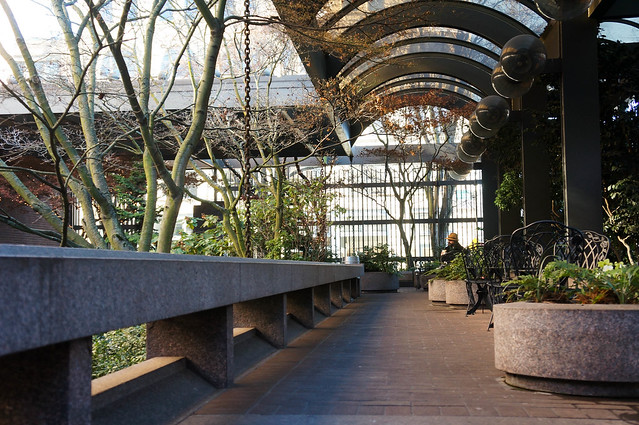 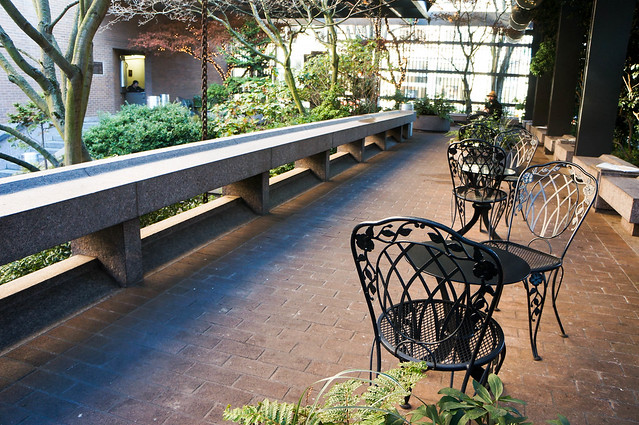 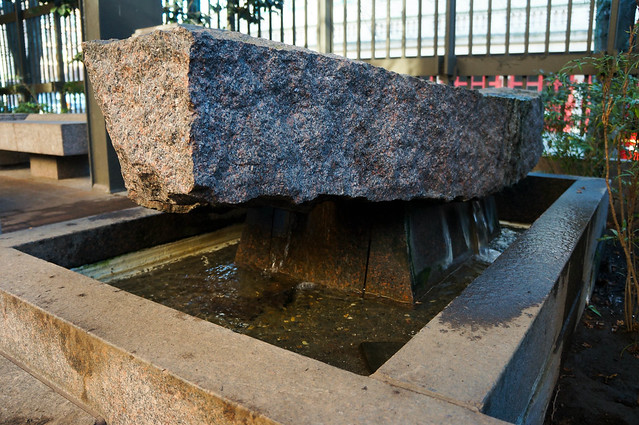 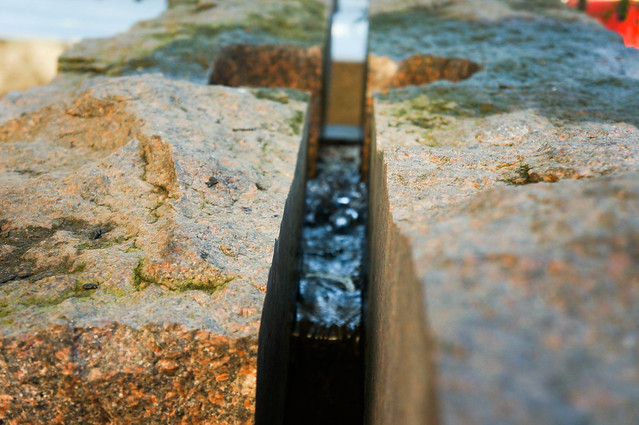