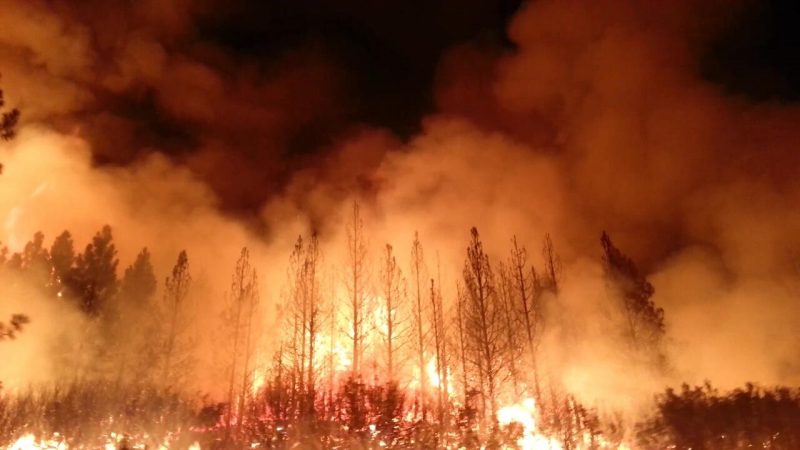 On October 8, 2018, the UN released a bombshell report whose implications will shake the profession of landscape architecture to its core. The report lays out clear evidence that if world governments don’t take drastic action to end the fossil fuel era over the next decade, in the very near future humanity will witness severe food shortages, climate related poverty increases, and massive ecological destruction, all leading to unprecedented human migration.

This is ultimate proof of the destructiveness of fossil fuels and the first time we’ve definitively been presented their needed expiration date.

“This report shows that we only have the slimmest of opportunities remaining to avoid unthinkable damage to the climate system that supports life as we know it,” said Amjad Abdulla, an International Panel on Climate Change (IPCC) board member, in a release. Debra Roberts, co-chair of one of the IPCC working groups, is quoted as saying of our situation: “The next few years are probably the most important in our history.”

In order to maintain that slim opportunity, the report argues that the nations of the planet must soon stop burning fossil fuels to keep global temperature from increasing no more than 1.5 Celsius (C) above pre-industrial levels.

If landscape architecture is to be a vital part of the future, this report means that our work, which is now utterly dependent on fossil fuels, must change completely during a time when it will be needed more than ever.

The planet has already warmed by 1C (approximately 1.8 degrees Fahrenheit) and continues to increase. “Climate change is occurring earlier and more rapidly than expected. Even at the current level of 1C warming, it is painful,” says Johan Rockström, as quoted by The Guardian.

To stay below the 1.5C maximum tolerable temperature increase, global annual carbon dioxide emissions must drop by about half by 2030 and then be at essentially zero by 2050.

Basically, this report says that the world has 12 years to limit climate change catastrophe by rapidly weaning ourselves off fossil fuels

If we do not meet that goal, it is likely that global temperatures will continue to increase by at least 2C. That amount is considered the absolute outer boundary of civilization’s safe operating zone. To not cross that 2C boundary, we must completely stop burning fossil fuels not long after 2050. Thus there is no scenario in which we can continue to burn fossil fuels for much longer anyway.

But we do not want it to get that far. The UN report shows the immensely negative impacts of the difference between 1.5C and 2C warming.

With a 2C temperature increase, instead of 1.5C, sea level rise would affect millions more people. Ocean acidity and oxygen loss would cause 99% of coral reefs to disappear along with much needed food fisheries. Insects, vital for food production, are twice as likely to lose half their habitat at a 2C increase.

An increase to 2C would add more extremely hot days in summer, which would cause more forest fires and heat related deaths. Global population exposed to water stress could be 50% higher at 2C, and millions more people would be at risk of greater food scarcity and climate-related poverty.

Finally, an increase of 2C means that there is the possibility that large areas of permafrost will thaw, which would release more carbon dioxide into the atmosphere, leading to runaway climate change which might not be survivable.

It should be frighteningly clear, then, that while a 1.5C increase is dangerous, the impacts of 2C or even higher global temperatures are absolutely terrifying. 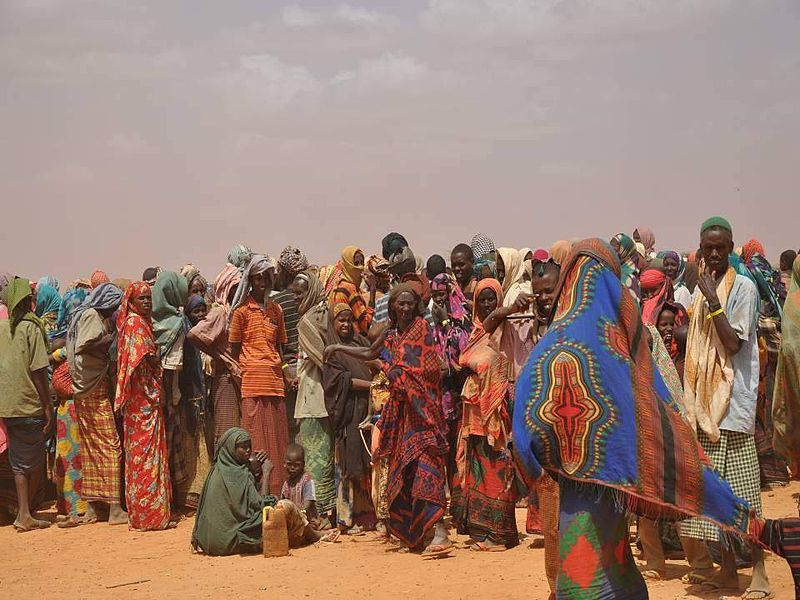 People displaced by drought in Somalia arrive at the Dolo Ado camp in neighbouring Ethiopia and queue to be registered by the aid agencies running the camp. | Photo: DFID – UK Department for International Development

What it means for landscape architecture

To avoid that 2C future, the world needs “rapid and far-reaching” changes in energy systems, land use, city and industrial design, transportation and building use according to the report.

It is here that the report speaks to landscape architects. Those “rapid and far reaching” changes mean that within 12 years our profession must use 45% less fossil fuels than currently, and no fossil fuels at all within 30 years.

Landscape architects, like most professions and our whole society, are absolutely unprepared for this reality. For us, not being able to use fossil fuels will radically alter the materials and construction methods we take for granted. This in turn will have dramatic implications for design and professional practice.

For example, there will be little concrete and steel in a zero fossil fuel world, as they not only require fossil fuels for their creation, but their manufacture expels carbon dioxide. Ironically, this will also mean not being able to use those materials in efforts to adapt, say, to the effects of climate change. (Read more here)

Perhaps more importantly, building our projects without using fossil fuels will demand of us not only a new creativity, but also honesty and equity in how that is accomplished.

There appears to be little hope in technology scaling up fast enough to let us continue to burn fossil fuels without consequences. Nor is it likely that we can continue to use fossil fuels but attempt to offset them in some way by planting trees or geo-engineering, for example. This report shuts the door on wishful thinking.

It is possible, of course, that we as a profession will choose not to eliminate fossil fuels from our work. The argument might be that if the rest of the world does not, how can we?

However, if landscape architecture is to grow in relevance in the coming years, we cannot continue to be complicit in what is now unmistakably the destruction of the only ecosystem in which we can live. We must lead by example if we are to survive. To do that, it is urgent that landscape architects begin a discussion of what it will mean for us to be fossil fuel free.

—
Lead Image: The Rim Fire in the Stanislaus National Forest near in California began on Aug. 17, 2013 and is under investigation. The fire has consumed approximately 149, 780 acres and is 15% contained. U.S. Forest Service photo.