London is famous for its arts, literature, politics, and history, so it’s no surprise that the vibrant city is also home to some of the world’s finest landscape architecture projects. Although the classic English landscape gardens championed by leading figures such as William Kent and Capability Brown are still largely influential today, contemporary designs laced with ecological functions and urban elements are emerging throughout London. So what are the best contemporary landscape architecture and design projects in London? Read on! 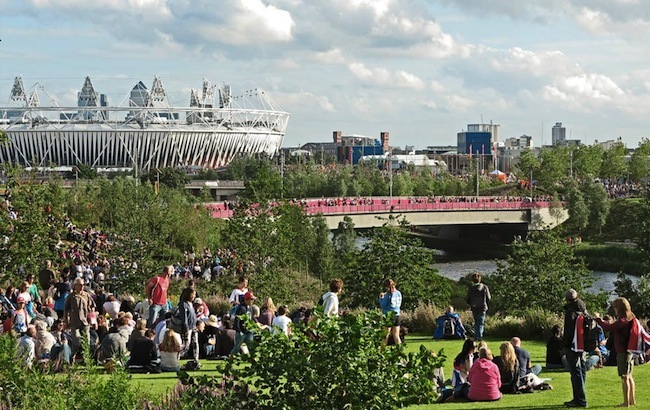 The Queen Elizabeth Olympic Park was designed by LDA Design and Hargreaves Associates and built for the 2012 London Olympics. Originally called Olympic Park, the landscaped park was renamed to commemorate the Diamond Jubilee of Elizabeth II. The design incorporates the signature land forms that can be seen in much of the work of George Hargreaves. The South Plaza of the park was designed James Corner Field Operations and opens in 2014*. 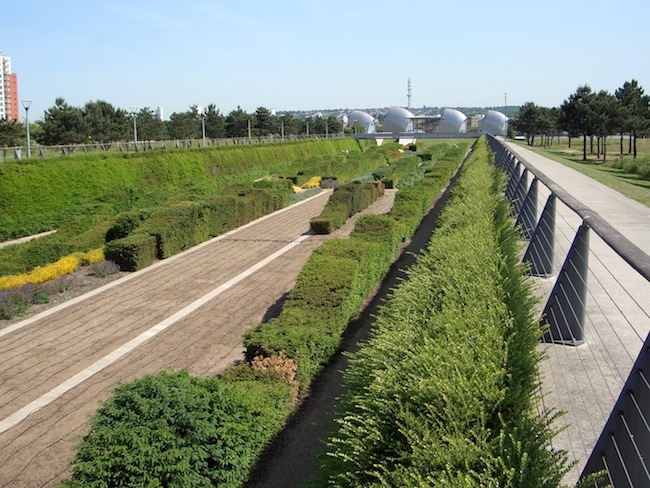 Thames Barrier Park was designed by Group Signes and Patel Taylor. It is a 22-acre park with striking geometries and features that draw views to the River Thames and offers a focus for residential development to the East and West. The design follows the style of Group Signes founder, Alain Provost, and renowned horticulturalist, Alain Cousseran. The team was selected through a design competition in 1995 by the London Docklands Development Corporation. 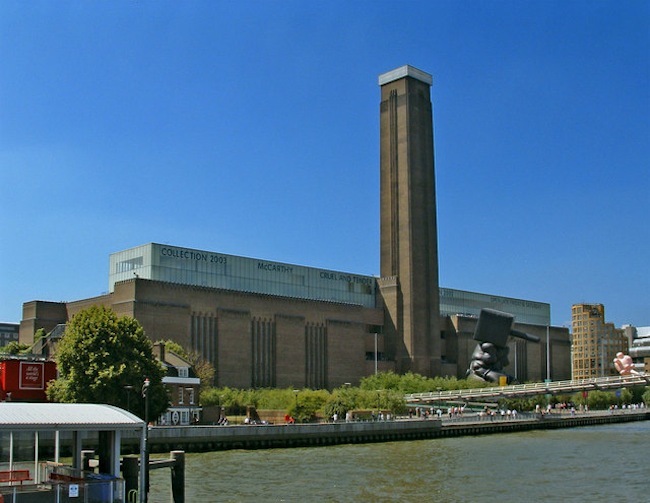 Despite the cliched moniker of English Square, the landscape of the Tate Modern is anything but trite. Designed by Keinast Vogt, the design intelligently creates spaces that seamlessly relate to the exhibition spaces of the old power station and the variable scales of London. 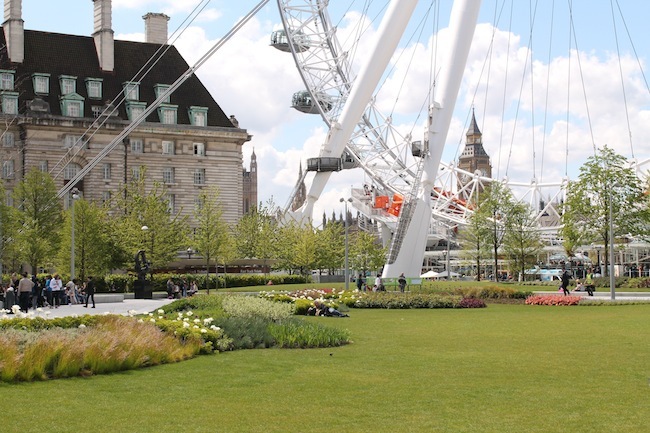 Jubilee Gardens by West 8 opened in 2012 for the Queen’s jubilee celebrations. West 8 needed to win three competitions in order to finally get the opportunity to realise their proposals. The final result is described as a “soft, green, and sustainable park” that doubles as a new green landmark for London. 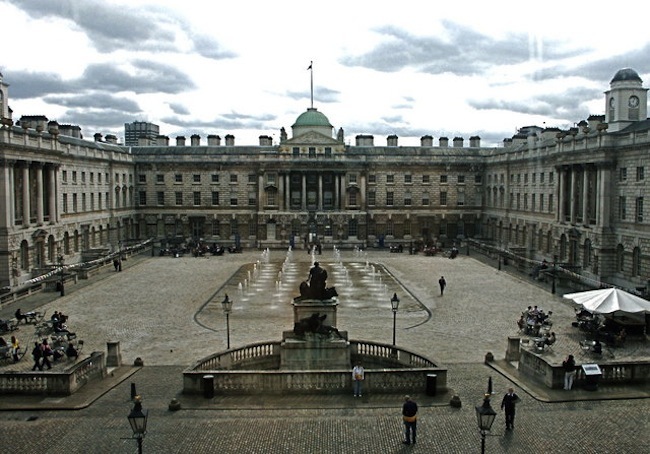 The Somerset House Courtyard was transformed from a carpark to a distinctive and multi-functional open space that hosts different events throughout the year. The courtyard is situated in front of the large Neoclassical Somerset House, which overlooks the River Thames and was originally built in the late 18th century. 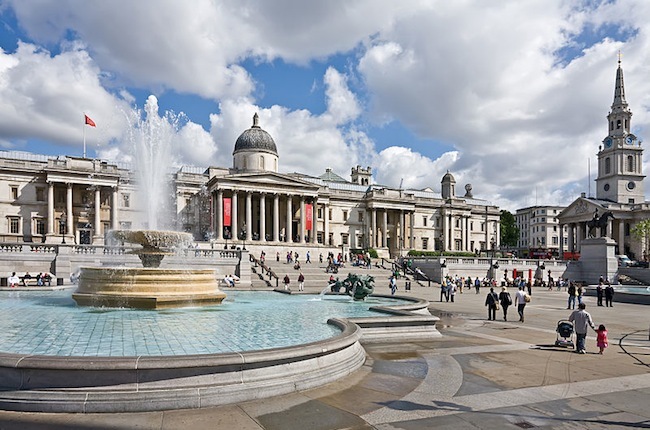 Led by WS Atkins, the 2003 remodeling of Trafalgar Square has increased pedestrian access to this Central London civic space. Pathways now connect the square to the National Gallery above while forming a robust setting for events. 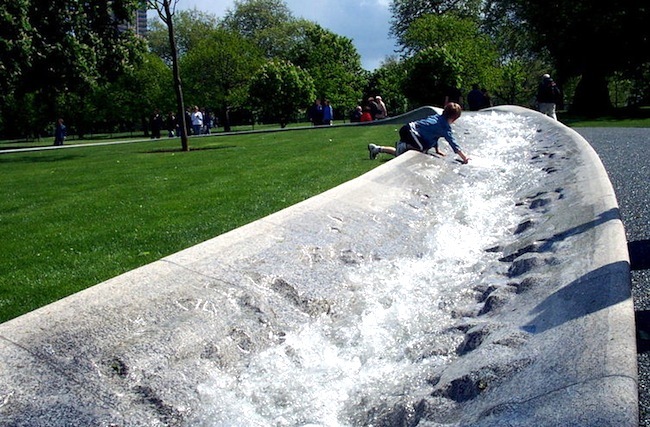 The Diana Memorial Fountain was designed by Gustafson Porter* in dedication to Diana, Princess of Wales, who died in a car crash in 1997. The fountain, which opened in Hyde Park in 2004, offers interactive features to symbolize Diana’s love of children. The stone water feature adopted emerging modeling technologies to develop an apparently seamless form and flow of water. 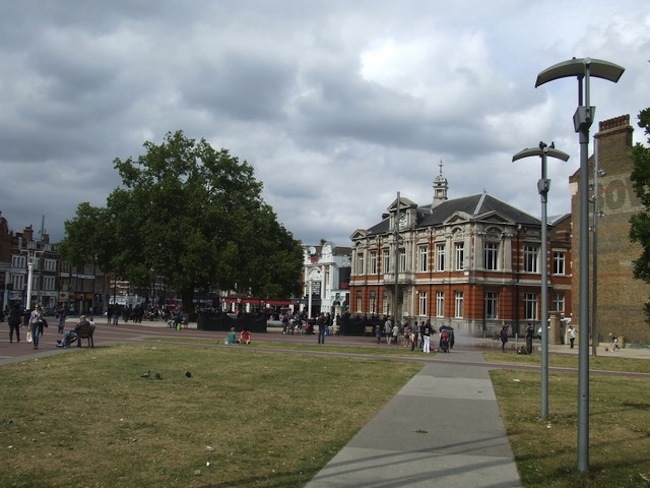 Windrush Square in Brixton was designed by Gross Max* and commissioned through Mayor Livingstone’s 100 Public Spaces initiative. A subtle change of levels and existing tree planting is accommodated through a bold but sensitive use of paving and sculptural elements. 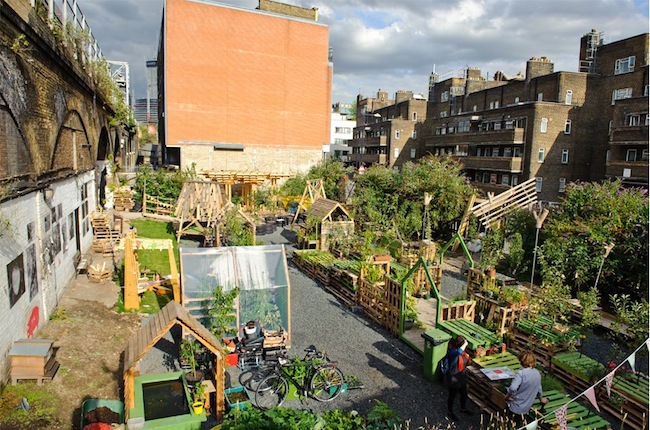 The Union Street Urban Orchard was a temporary landscape designed by Heather Ring of Wayward Plants*. After the success of the Urban Orchard Heather was invited to develop the Physic Garden in the same space in 2011. 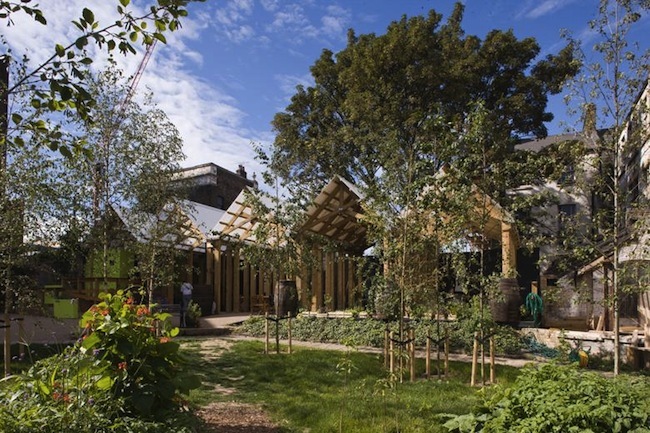 Dalston Eastern Curve by Joanna Gibbons is an exceptional landscape that incorporates the overlapping and sometimes conflicting ambitions of the people that use it. Community investment helped turn what had once been an overgrown and abandoned piece of railway land into a vibrant eco-garden.

What would be your first choice?

* A version of this post was originally published on The Landscape, published by the University of Greenwich, London. We are delighted to have been able to invite several of these designers and consultants for these projects to join our Landscape Architecture and Urbanism programmes this year to speak about their work.