The Evergreen Brick Works by Claude Comier Associates, Toronto, Canada. Also known as Don Valley Brick Works Park because of its location in the Don River valley, this old brick works factory and quarry has been restored and re-naturalized to provide Torontonians with a high-quality and revered park and community environmental center. During the 100-plus years in which it operated as a brick works, materials quarried from the site went into numerous buildings constructed in Toronto and further afield. When raw materials ran out in 1984, the brick works closed, leaving behind a large industrial footprint — 16 industrial buildings, a damaged river floodplain ecosystem, and contaminated soil. 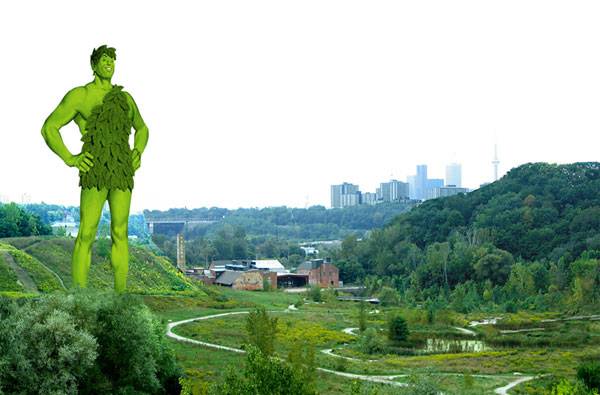 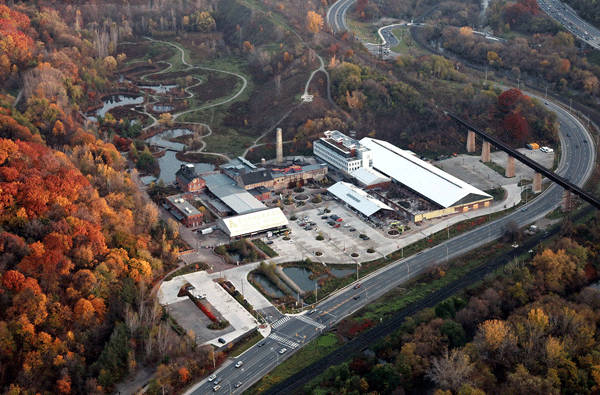 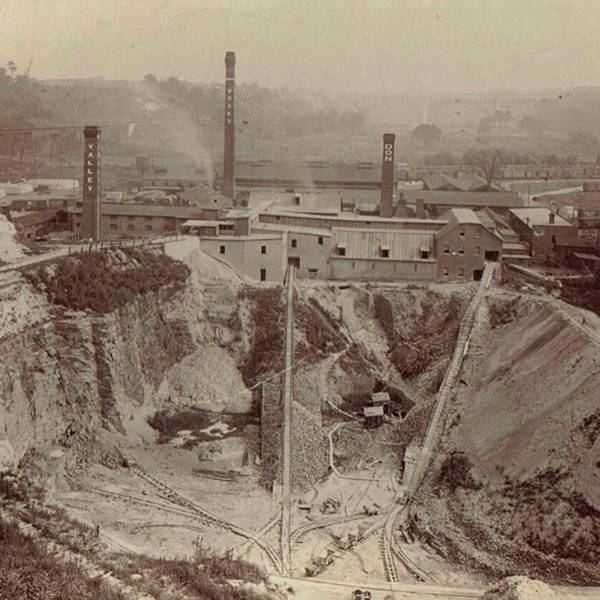 During the early 1990s, the site was used for illegal raves and urban exploring. Graffiti took over the buildings. Local government got into the act, deciding to restore the site to parkland and, with the help of generous private donations, funds were raised to begin the development process. Work began over the years that followed, including the replanting of trees and the digging of three ponds into which river water would be diverted to be purified and returned back to the river in an improved condition. 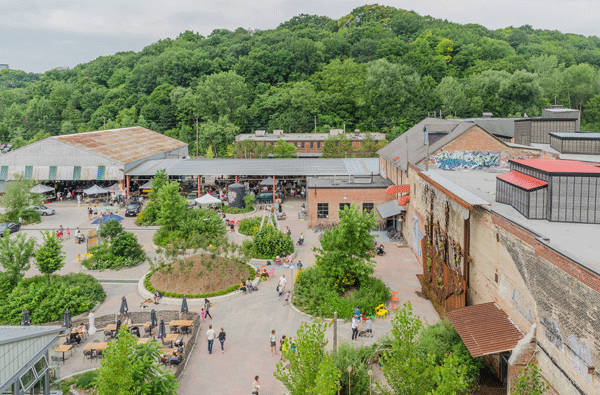 Run by the charity Evergreen, a non-profit organization aiming to provide environmental education in pursuit of urban sustainability (predominantly through greener cities), the site has become a real community hub, hosting farmers markets, clothes swaps, and a community bicycle hub promoting sustainable transport. The buildings that were left behind from the brick works days have been retained to remind people of the history of the site and retain the character of the place. Repurposing the buildings and structures also helps to deliver Evergreen’s message on reuse and sustainable practices. 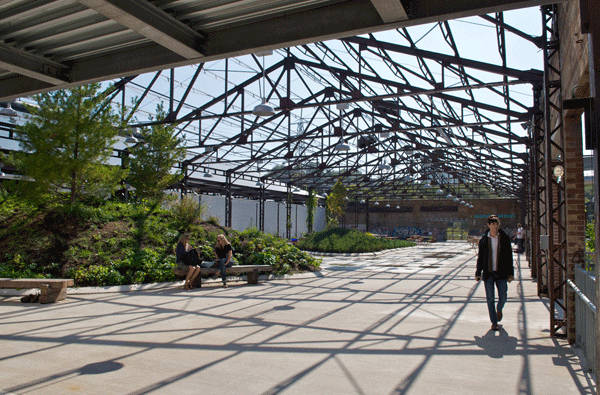 A Community Resource In addition to the community events, visitors can enjoy the exhibition and gallery spaces housed within the heritage-listed buildings, learn about the history of the brick works and the brick making industry, and enjoy regular talks and guided walks with local ecologists around the 40-acre parkland surrounding the brick works, which includes wetlands, urban forest, wildflower meadows, examples of Pleistocene geology, and nature trails. There is even a seasonal ice rink! 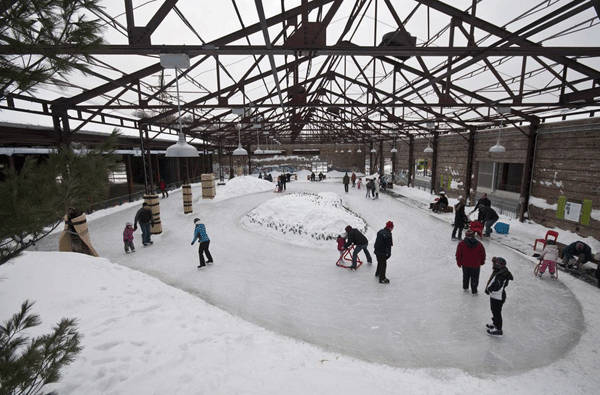 Nowadays, the developing ecosystems and habitats within the parklands host a wide range of native species of flora and fauna, including fish, amphibians, insects, birds, and mammals. 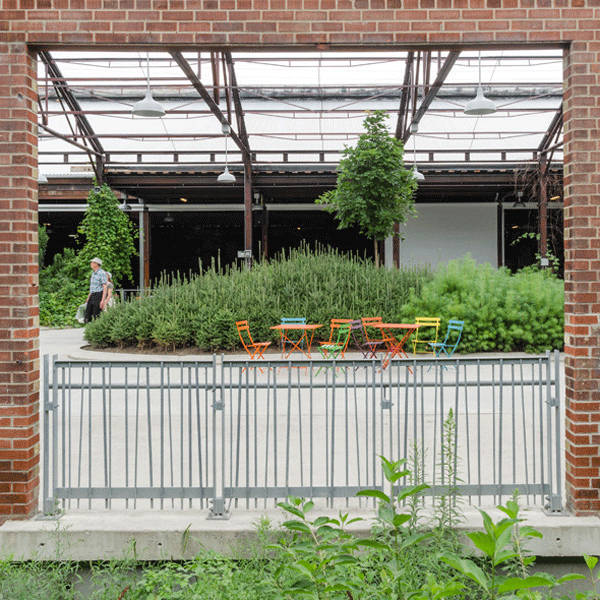 Community Engagement Ensures Urban Sustainability  A multitude of workshops, from cooking to ecology and gardening to green design, ensure year-round community engagement and continued interest and ongoing education. There are plenty of opportunities for volunteers to roll up their sleeves and get involved in looking after the parks’ grounds. Related articles:

A former quarry, the brick works is considered an urban model for ecosystem planning because of its extensive landscape restoration, re-naturalization, and wetland re-establishment. The Centre for Green Cities It’s only new building, The Centre for Green Cities, has received LEED Platinum accreditation, the highest measure of efficient building status available. This underlines Evergreen’s philosophy on working toward greater sustainability. The center is a key tool in the education process surrounding sustainability in our cities and is described as “the stage and incubator for Evergreen’s programmes”. 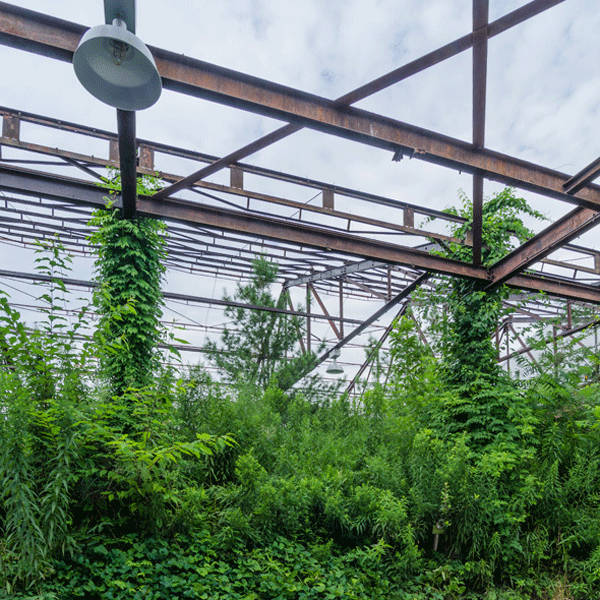 In 2010, Evergreen Brick Works (which is open year round) was named one of the top 10 geotourism destinations in the world by National Geographic. So if you’re in the area, make sure you check it out! The Importance of Developing More Quality Green Space You may have seen in other recent LAN articles such as Developing on Inner-City Brownfield Sites, or Riverside Park South Celebrates New Yorks Industrial Past that there are increasing opportunities to develop brownfield sites in and around our cities. We have discussed the importance of developing more quality green space for growing populations and how the remains of our industrial past are providing unique and highly sensitive sites with the potential to be developed into multifunctional community and environmental facilities. 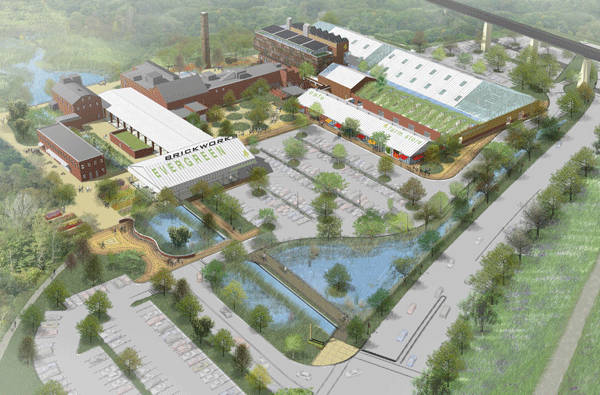 The work that Evergreen, the city of Toronto, and city residents have put into Don Valley Brick Works is certainly an exemplary case study. The project has been a massive success, with more than 100,000 visitors annually. Serving the local community as well as the environment while retaining the unique qualities and identity of a site steeped in local history, Evergreen Brick Works has really shown how to deliver its message on sustainable city living with a fantastic project that is continuing to develop and evolve and engage its visitors. Hopefully, it will be the inspiration for other similar sites around the globe. Recommended Reading: Phytoremediation: Transformation and Control of Contaminants by Steven C. McCutcheon Phytoremediation: Role of Aquatic Plants in Environmental Clean-Up by Bhupinder Dhir Article written by Simon Vive Return to Homepage Published in Blog