Upheaval and chaos has been intensified this past week in Istanbul as devoted Turkish citizens protest against the demolition of Taksim Gezi Park, one of the few green spaces left in Istanbul’s city centre. The young and the old come together, occupying the park singing songs, dancing, reading and even planting new trees in an effort to stand against the inconsiderate decision made by Prime Minister Recep Tayyip Erdogan to turn the park into a profitable shopping mall. The Catalyst The police have been using tear gas and water cannons as the main weapons to break up the protesters as they gather in “Istanbul’s last public green space.”  Protesters, in an effort to stop trees being taken down, had camped out, only to find police burning down their tents in the early dawn on May 30th. As major cities around the world are doing what they can to increase their green spaces, Turkey are getting rid of it for more cement and shopping malls. As cities work to preserve their historic districts, Istanbul ploughs (literally) ahead with crass disregard for the welfare of its citizens. 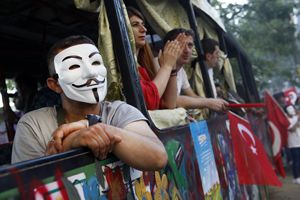 The events at the Gezi Park might have started with the protection of trees planned to be bulldozed, but they reveal much about the recent urban planning of Istanbul as well as global capitalism. Istanbul had seen worrying street action the past months already.For example the movement against the demolishing of the historical Emek film theatre was met by water cannons and tear gas.  In less violent news to do with public space, new legislation restricts retail sales of alcohol during the night and bans selling of alcohol near mosques. Threats Besides urban space, natural space has been another target. The plan to build a third bridge over Bosphorus has been fiercely criticised by a range of environmental organisations for its clear madness,In addition to the massive felling of trees, such building projects, including the new airport set to open in 2018 are a threat to the water resources of the area. 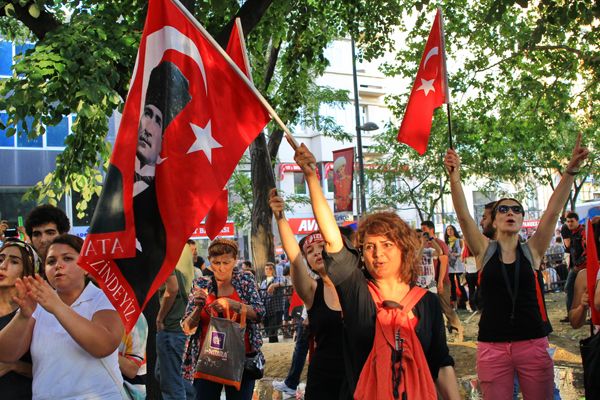 Future? The protest towards saving Taksim Gezi Park goes beyond saving this rare green space left in the city. This protest is a roar of anger from the people of Istanbul wanting ownership of the land that they live in. Injustices like this occur widely and repeatedly throughout many countries where their government’s short-sighted actions end up hurting people; and in this case, the environment. The future of this park rests on this one man alone. How far will this go? How long will this go on?  Aren’t there other ways for protesters to demonstrate their dissatisfaction? Most importantly, surely there is a better way for Istanbul’s government to respond to the protest. The unpredictability of the lives of the Turkish citizens here and now is as unstable as the survival of Gezi Park. Article written by Win Phyo Featured image:  fotostory / shutterstock.com Published in Blog