Have you ever wondered about the health benefits of landscape architecture? And not just in a general sense but in specific ways, that can truly enhance the lives of individuals.  People enjoy being in nature for multiple reasons: to work out, to escape from the stress of everyday life, or to simply breathe fresh air. Others head to the mountains or the woods to find a cure for what ails them and to reap the health benefits of spending time in the great outdoors. Whatever your goal, it is evident that spending time in nature is beneficial to both your mental and physical health. While some of these benefits are well known — such as interacting with nature to reduce obesity and stress — other benefits are still hidden from public knowledge and are being studied by the scientific community. Recent research has shown that spending more time in nature might be much more beneficial to health than we anticipated and can bring benefits in a variety of ways. 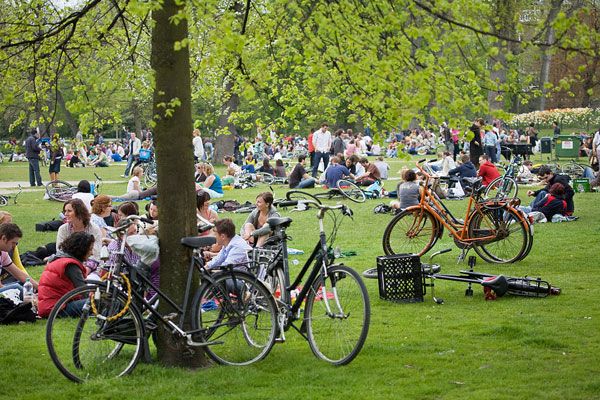 5. Type II Diabetes According to a Japanese study published in the US National Library of Medicine, walking approximately three kilometers a day can help manage the symptoms of Type II diabetes. In this study, blood glucose levels of 87 non-insulin-dependent diabetic patients were examined before and after a three- to six-kilometer walk. The results showed that the mean blood glucose level changed considerably, from 179mg/dl to 108mg/dl. Walking outside is by far more pleasant than trudging on a treadmill, and landscapes architects can easily contribute to a healthier habit and encourage people to control their sugar levels by creating walking trails in parks. 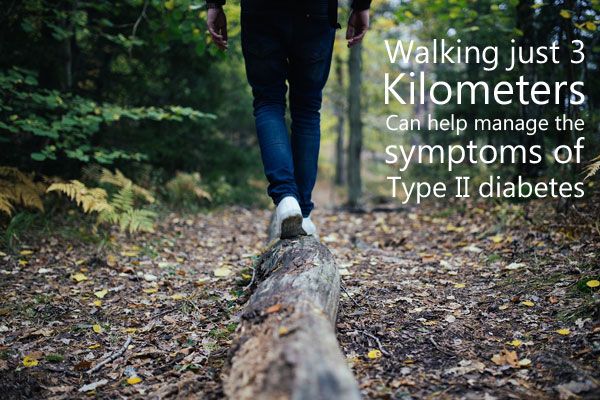 Talk a walk in nature, it may just save your life. Image credit: Licensed under CC0 Public Domain

4. Attention Deficit Hyperactivity Disorder (ADHD) Green areas can also soften symptoms of ADHD. Some of these symptoms are a serious difficulty concentrating, hyperactivity and poor impulse control. Acknowledged by the Center for Disease Control and Prevention, approximately 11 percent of children 4 to 17 years of age (6.4 million) have been diagnosed with ADHD as of 2011 in the United States. Related Articles:

A study by the University of Illinois Urbana covered more than 400 children diagnosed with (ADHD) who frequently played in a variety of environments: a green outdoors, indoors, and outdoors built environments. The results showed that those children whose routine play was in the first environment demonstrated considerable improvement in their ability to concentrate compared to children whose routine play was in the latter two settings. 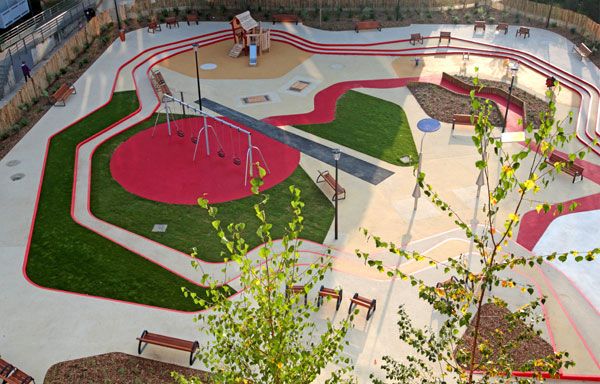 3. Depressive Disorder The benefits of having a park near your home can go beyond the physical interactions; spending time in a park can also reduce symptoms of major depressive disorder or depression. A research report published in the National Center for Biotechnology Information indicates that interacting with nature improves cognition and affect for individuals with depression. The research covered 20 individuals diagnosed with this disease: 12 female, eight male, with a mean age of 26. They were evaluated during 50- to 55-minute walking sessions in the Ann Arbor Arboretum or in downtown Ann Arbor, Mich. The results show mood and working memory capacity improvement, bringing up some important questions for future researchers. Two of these questions are: What are the long-lasting effects of walking in nature and how can we motivate people with depression to take these walks more often? 2. Post Traumatic Stress Disorder (PTSD) In some cases, nature not only decreases some symptoms of the disorder, but also is an essential component for the healing process. Post Traumatic Stress Disorder is caused by a traumatic event such as an assault, rape, or events during warfare. “The Earth does neutralize a lot of human anxiety,” as stated by Jinny Blom. Blom is a therapeutic landscape designer in the United Kingdom, and one of her works is about therapeutic gardens for war veterans. Her work is an example of how to use gardens to support the treatment of patients who suffer from PTSD. 1. Alzheimer’s Disease Another health benefit of landscape architecture worth mentioning is how spending time in nature can help minimize the symptoms of Alzheimer’s disease. A study published in the American Journal of Alzheimer`s Disease & Other Dementias shows the success of horticultural therapy. Oftentimes, patients who suffer from dementia have difficulty engaging in activities that elicit high levels of adaptive behavior. WATCH: Healing Gardens Alzheimer’s Disease Therapy


Horticultural therapy facilitates lower levels of self-engaging behaviors. The Portland Memory Garden is a good example of how memory gardens are being used as treatment for Alzheimer’s. Located in Portland, Oregon, the garden is open for those experiencing memory loss, their families, caregivers, and the general public. All of these facts show us that creating gardens and parks is a valuable way to help support the treatment of diseases that directly or indirectly affect our lives. With this great power comes responsibility: We must design projects to serve the maximum range of uses possible, including serving both healthy and sick people. This is probably the most captivating thing about being a landscape architect — we have the opportunity to change the world in many different ways, and sometimes in a way that we haven’t thought of before. Article by Sarah Suassuna Recommended Reading: