Key Takeaways from the Panels:

The Future of Landscape Architecture

After an interesting discussion on aesthetics, the ecology panelists each went through a series of words (more on this later) that described the current state of our environment. While this approach was effective, what really got me thinking was the story about the impending sea level rise in San Francisco as mentioned by Kristina Hill, Associate Professor of Landscape Architecture & Environmental Planning and Urban Design at the University of California, Berkeley. Essentially, there was talk of a projected 8-foot sea level rise for the year 2100 which led to obvious concern and ultimately a panel was held to clarify. Based on sea level rise data, the studies expected a 3-foot rise by 2100. However, as she contends, we have to begin planning now. “Cities need to start planning now for impacts that will happen 50 or 100 years in the future,” said Hill. 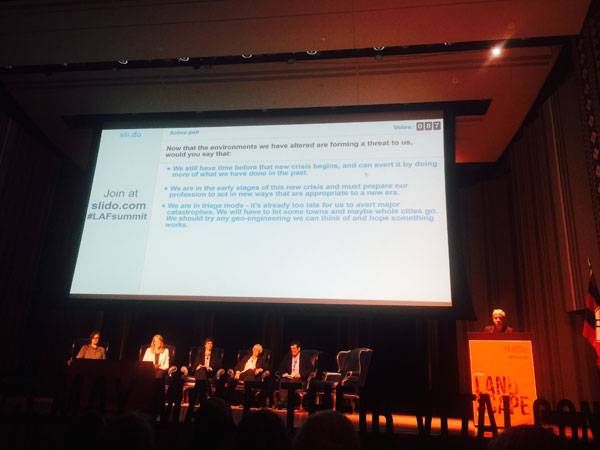 Featuring a strong group of practitioners from a former mayor to several professionals who are working with nonprofit organizations, the panel discussed a host of pressing topics including how to push initiatives forward, funding streams, and the misunderstanding of public practice as a “less than desirable” setting for recent graduates. Mark Focht had lots of wisdom to share, as his experience transcends the private and public sectors. Most notable are his efforts with the Philadelphia Parks and Recreation where he assisted in the implementation of a strategic stormwater plan for Philadelphia.

The jury has been out for years, but the profession must diversify. I don’t have a grand vision for addressing this, but initiatives such as the ACE Mentor Program Legacy Project, which has been active since 2008, is a good start. Additionally, the panel brought it up time and time again, but the profession already has some exceptional role models that should be leveraged to attract new, young students into landscape architecture. Perhaps Kate Orff, founder of SCAPE, said it best. Orff believes that the “physical program and social program should be linked to create a stronger tie to the community.” 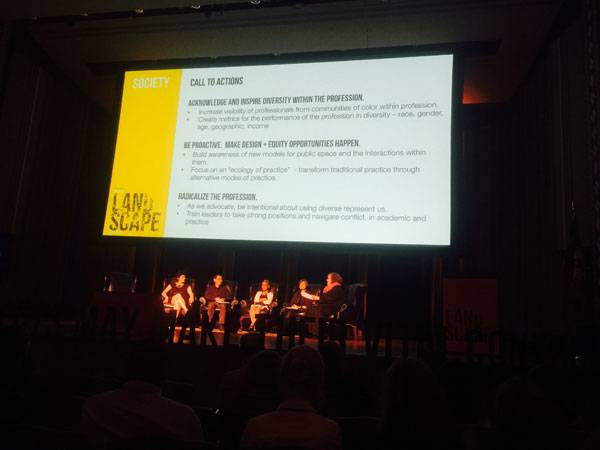 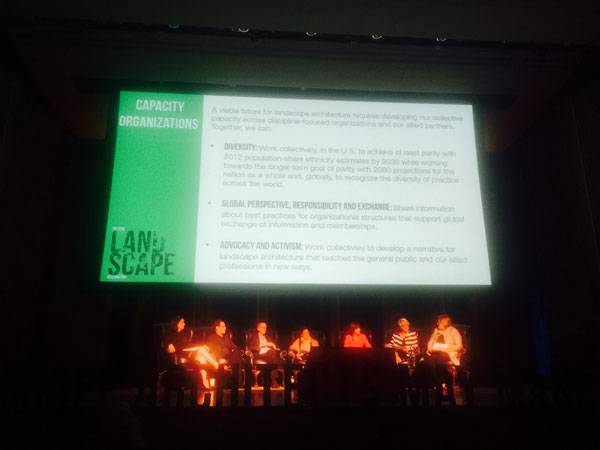 Why Should We Care?

While there are several reasons we as landscape architects should fully support the Summit’s endeavors—it’s really about the bigger picture. First, the planet is becoming increasingly urban. Figures from the United Nation’s DESA’s Population Division report from 2014 illustrate that about 54% of the world’s population lives in urban areas. Early projections indicate that urbanization combined with overall growth could add an additional 2.5 billion people to urban areas—swelling the overall tally to 70% of the world’s population residing in urban areas. At the end of the day, landscape architects will be heavily relied upon to help sort out this massive growth, which leads to my next point. Second, with a dramatic uptick in urban population, cities will command inclusive public space more than ever. What I mean by “inclusive” is all-welcoming; to provide space for everyone to gather, picnic, play, read, dance, celebrate, etc. As noted by Nina Chase, placemaking will play a major role in providing public space as it’s mobile and can affect gradual, large-scale improvements while bringing identity to a place and promoting people’s health. 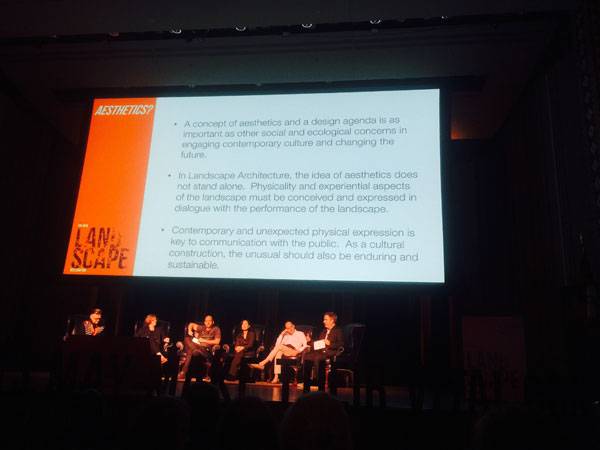 Third, the global marketplace is shrinking in large part due to readily available technology—impacting the way we do business with each other and the way we go into business for ourselves. Consequently, landscape architects must adapt and become more culturally aware of our surroundings as it’s likely that teams will become more ethnically and geographically diverse.

What I Wish Was Addressed?

While the conference was a two-day, jam-packed affair and all of the questions couldn’t be possibly answered—here are a few that I wish had been. 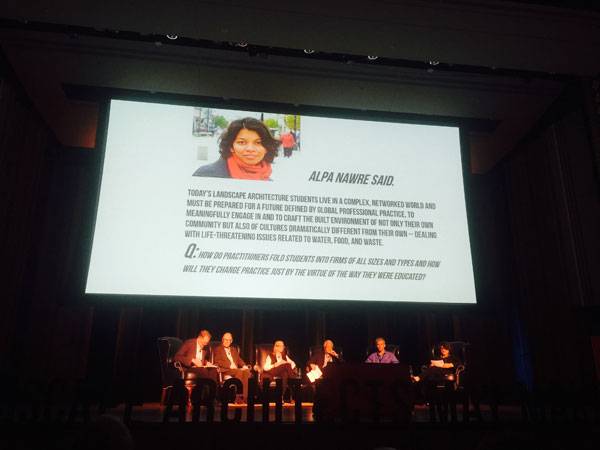 On the flight back to Chicago, I sat next to a fellow landscape architect from the Chicago area and we discussed our initial reactions to the Summit. We echoed optimism especially from the emerging professionals, but struggled to grasp some of the thoughts from our current leaders. While I wish the future was clearer, we must remain committed to spreading the word about this profession through education, advocacy, and activism as the world is depending on us. Catch the World Design Summit 2017 in Montréal, Québec, Canada from October 16-25, 2017. An unprecedented international gathering of diverse disciplines will convene next fall with a common focus—how design can shape the built environment of the future. Learn more here. Select proclamations from the LAF Summit held June 10-11, 2016 in Philadelphia, USA. Reflection by Brett Lezon Published in Blog