Article by Farah Afza. Rail Corridor, by Tierra Design and Japanese firm Nikken Sekkei, in Singapore. Designers create space to create different moods  for the users. It is the users’ experience which ultimately describes a space. The adjectives intriguing, dull, vibrant, serene, etc. are added only to describe a space based on the experiences of its users. A space however, well designed as it may be, will be functional and successful only when it can accommodate different sorts of activities. Therefore, accommodating various activities in a site is one of the toughest challenges faced by designers during design decisions and it should be of major concern when the design is for the urban environment. The introduction of well-thought-out activity nodes can definitely revive the urban connections, uniting the community of the designed area. 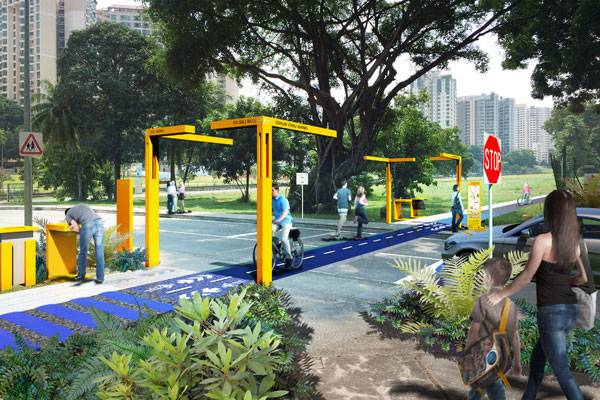 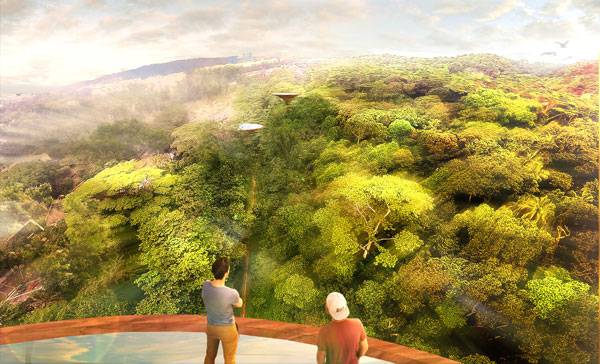 Competition Launch The competition was launched by Urban Redevelopment Authority (URA) to re-create a master plan for the 24 km-long former railway that spans North-South of Singapore. The aim of the URA was to develop an inspiring and extraordinary community space and to create an urban oasis in the midst of the fast-growing intensities of urban living. The winning plan seems to be true to the goals. Did you know? You can see all the latest competition announcements when you sign up the LAN VIP club here! 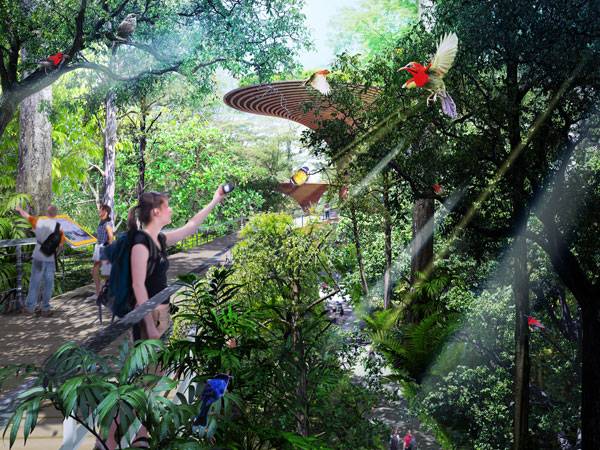 Lines of Life The concept of the winning team is ‘Lines of Life’. Different lines in the form of paths running along the length of the corridor were designed to create community-centric spaces and experiences adjacent to the corridor. In return, this will attract more users such as residents, workers, and visitors, literally bringing more life into the site. 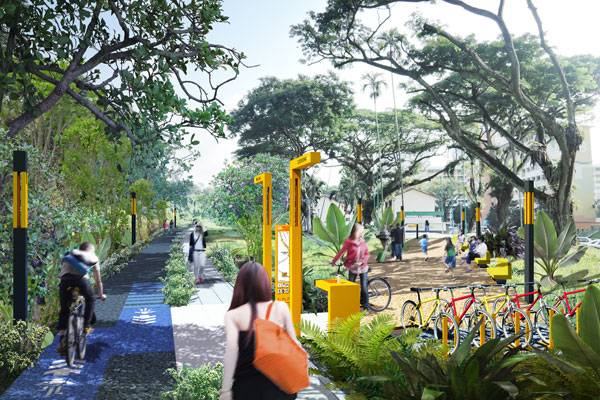 The design focuses on sustainable development to strengthen the old railroad’s identity and connectivity, and to preserve the heritage areas. Through design, landscape architects can create different experiences of spaces for users. This was done pretty sensitively on this project. Green respites were proposed to enhance areas along the length of the corridor to give the users the overall experience of a ‘green corridor’. 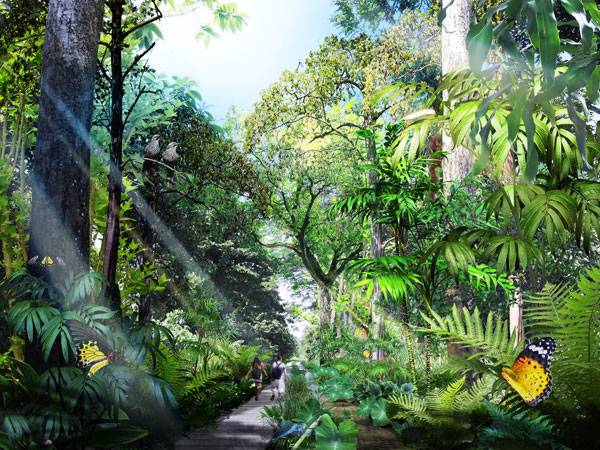 Eight Points of Activity In addition, eight activity nodes were introduced at distinct areas of the corridor. Different activity nodes accommodate a variety of activities for the local community. While one node generates recreational facilities based on nature, others house arts and cultural events for its nearby residents and workers. Through these the community population can enjoy a wide range of activities. 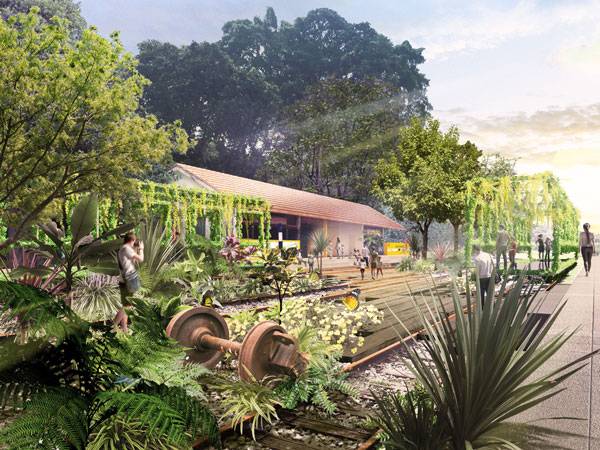 Now, let’s take a closer look at eight of these multidimensional nodes: 1. Queensway Viaduct This was proposed as the ‘Passage of Light’. One of the interesting features of this project is the use of interactive floor lighting. This will respond differently with the speed and movement of the users. For instance, it will light up differently when a cyclist or pedestrian is crossing. 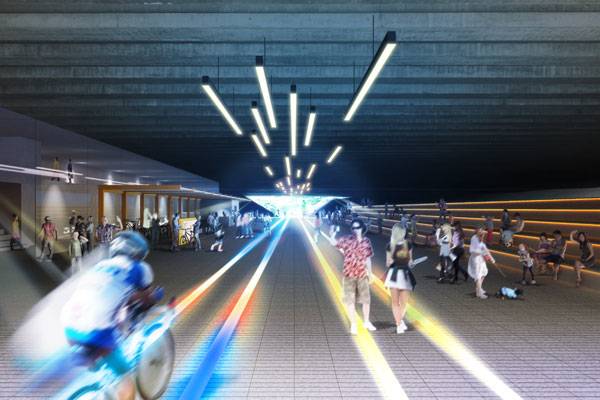 This play of light makes this space an intriguing one. There is also a suggestion of a firefly garden which blends with the light concept to create a playful combination of the installed artificial lights with those of the natural lights produced by fireflies. 2. Stagmont Ring To unite the residents of the Stagmont Ring, a community space was proposed. The community space is comprised of community farming plots, a children’s playground, barbecue lawns and fishing ponds to engage the community people in different sorts of interesting activities. 3. Former Bukit Timah Fire Station The railway corridor running adjacent to the Bukit Timah Nature Reserve features a forest walkway and an observation tower to enjoy the panoramic views of nature. 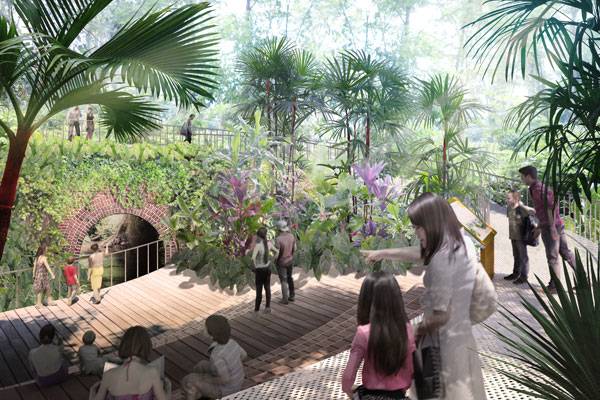 4. Pie Viaduct The space was reimagined for fun activities with a community cave and rock climbing walls. 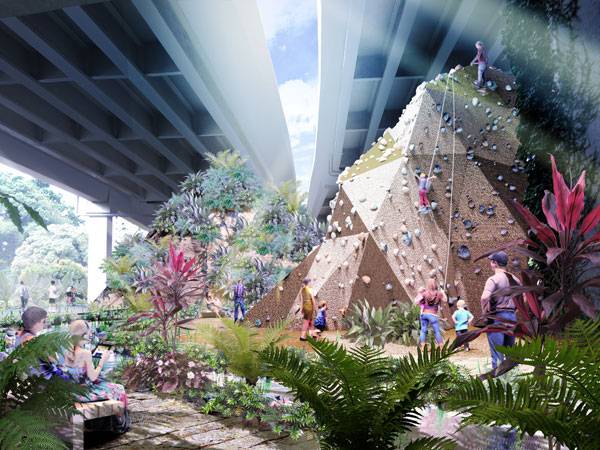 5. Buona Vista Since it is in the vicinity of the business park, this space demands to be vibrant. In order to achieve that, the proposition of accommodating outdoor film screening for the nearby workers and residents seems appropriate. 6. Heritage Brick Drain A heritage brick drain in Bukit Timah was conserved as part of a community space where visitors could learn about nature and biodiversity and celebrate their heritage. 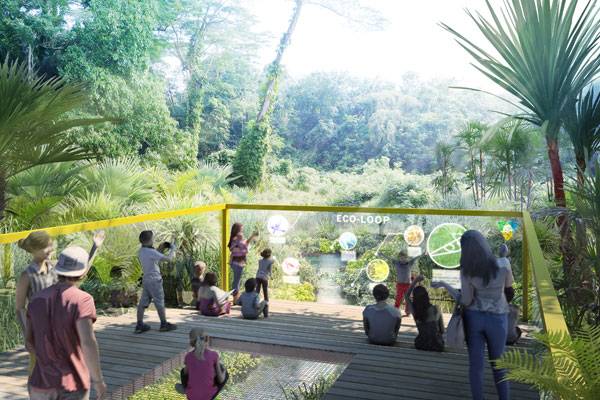 Separately, winning concept proposals were chosen for two specific areas along the Rail Corridor; the historic former Tanjong Pagar Railway Station, and an area at Choa Chu Kang by MKPL and Turenscape firms which will be merged with future residential developments. Other than these ideas, it included plans for 122 access points into the Rail Corridor and 21 “platforms” that would house amenities such as toilets and rest areas along the 24km stretch for its users. This winning proposal is still far from implementation as the authority (URA) has launched an exhibition to get feedback from the public and to involve the community in the design process. 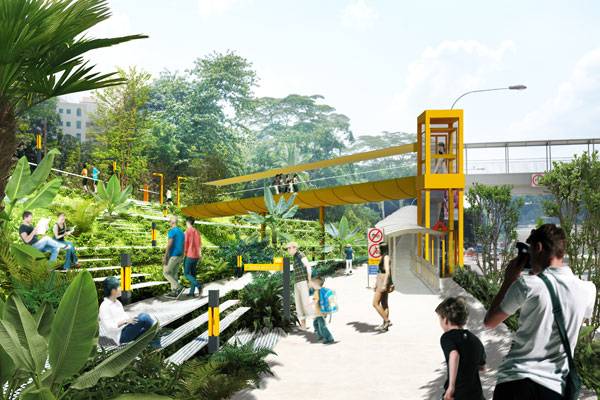 Overall, this winning proposal teaches us the importance of the activities of users in spaces and how the introduction of different activity nodes can invite and engage people, uniting community and strengthening the urban connections of the area. 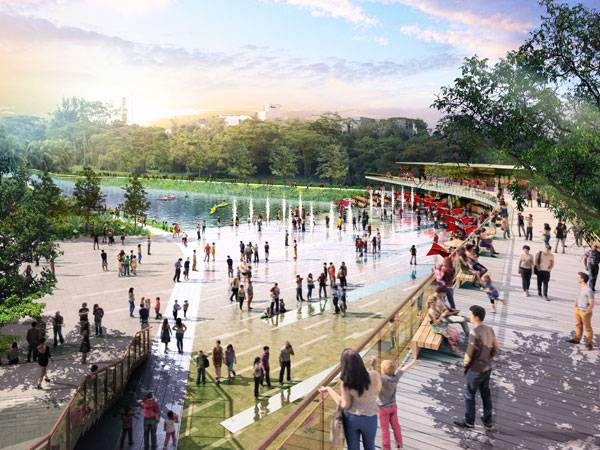