Article by Irmak Bilir. Green Road, a peaceful park by REDscape Landscape & Urbanism, Province of Utrecht, the Netherlands. Nobody would deny that no matter the results of a battle, a military area can be depressing. One of the best ways to transform such a site is to turn it into a park. But not an ordinary park — a park that shares its history with its visitors. Green Road does exactly that, in a project designed by REDscape, led by landscape architect Patrick Mc Cabe.

A Breif History of Green Road

Green Road is a large military area in the Province of Utrecht, the Netherlands, which has housed a former defensive trench and bunker system since 1918. The area was a defender of the River Lek for invasion from the east, and it was built for this purpose. It has forts, works, and a wide of variety of bunkers. In the past, the area had become overgrown and part of trench system was removed, making access to the area difficult. This left the area a sad reminder of World Wars I and II. 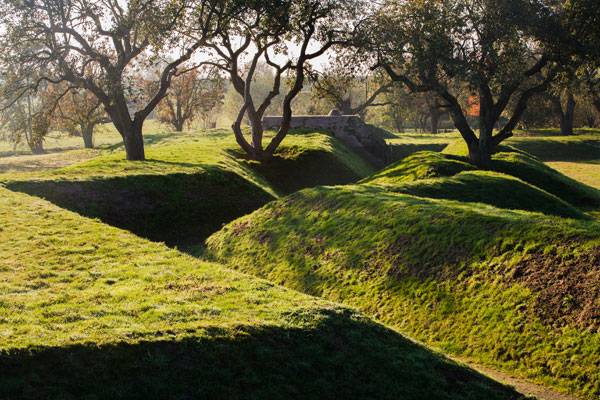 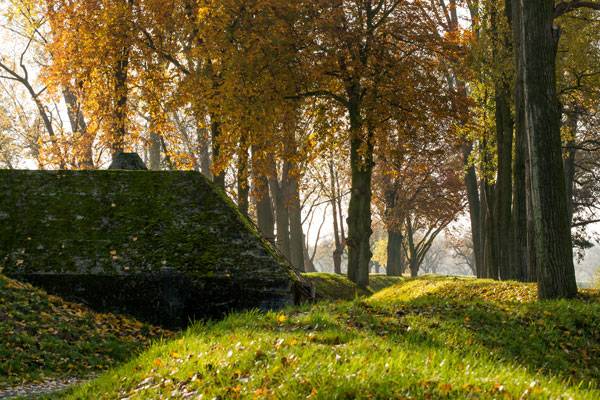 Healing a landscape affected by war is not the same as with an ordinary site. It brings up its own feelings and memories, and it’s important to respect that. The design must show and teach the history in some way, while at the same time healing the negative connotations of the area. 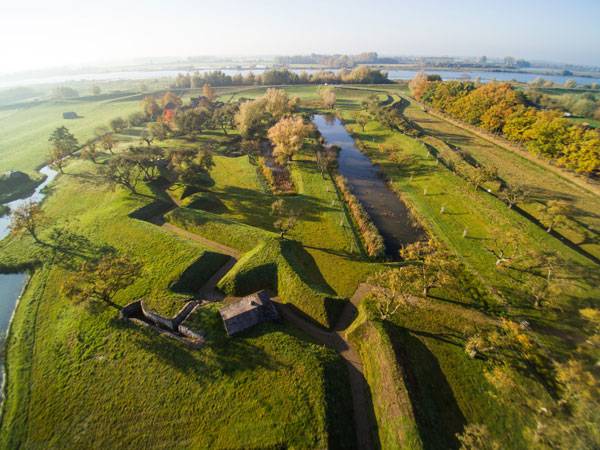 What did REDscape propose for this discounted military area? Primarily, the relationship between military park and its surroundings was recreated. There are agricultural fields next to the military area, and the design is in harmony with them. Sections of the original trench system were partially restored and the bunkers unearthed. Sandbags were used for building coupures. 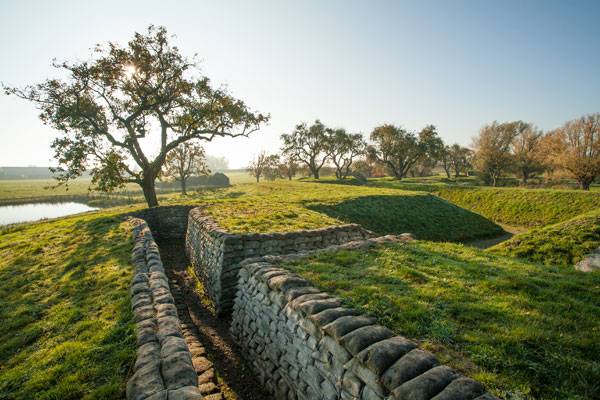 The defensive works were reconstructed, allowing visitors to experience the site’s original intention, and the bunkers tell the story of its wartime past. All of these show us that Green Road respects the history of the military park and protects its significance. By preserving its military history, Green Road’s topography takes a shape different in style from its surroundings. It has a shifting surface, which is a plus point feature in the Netherlands, and the ponds embellish the site with their bridges. 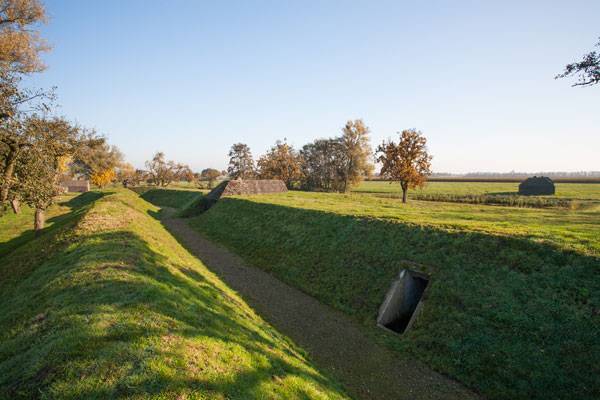 Ecology and Nature at the Forefront of the Project

Green Road is also a regenerative place with its fauna and flora. Ecology and nature are in the forefront of the project. For diversity, four new ecological zones were created. Additionally, a local pomological volunteer group had maintained the unique fruit trees of the area, and they are used to camouflage the defensive works. Especially fruitful apple trees are very common in the area. See More Fascinating Projects in the Netherlands:

There are also some freshwater habitats for amphibians, tree cover for nesting owls, and open grassland areas for foraging birds. Bats inhabit some of the bunkers and colorful species of butterflies abound. In other words, the military park is remarkably animal-friendly. 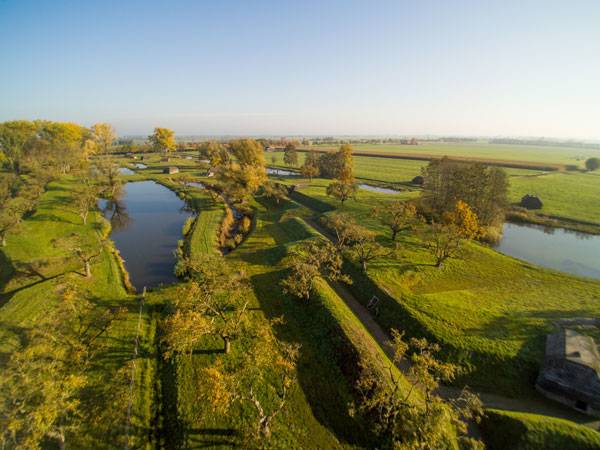 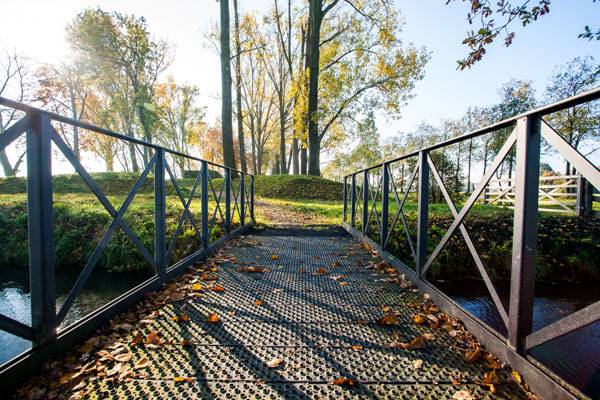 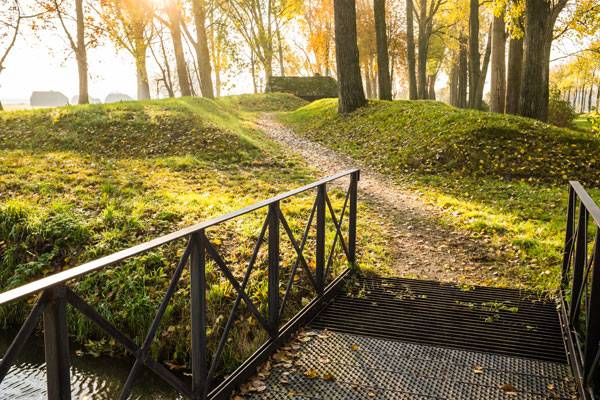 Connecting the Park to Adjacent Forts

A tourist ferry will connect the park with the adjacent forts of Honswijk, Spoel, and Everdingen. One of the bunkers is to be excavated to become freestanding in water, with possible use as a single-bedroom hotel. It’s sure that the Green Road military park will be a new attraction for locals and tourists. The design not only protects the history of the area and showcases this heritage perfectly to visitors, but also has a remarkably nice development on ecology, flora, and fauna, as well as converting a sad memorial and discounted place into a peaceful park. With all these features, it is worth a visit to see history and nature at the same time. Are you planning to visit? What do you think about the design? Let us know in the comments below! Click Here to Comment 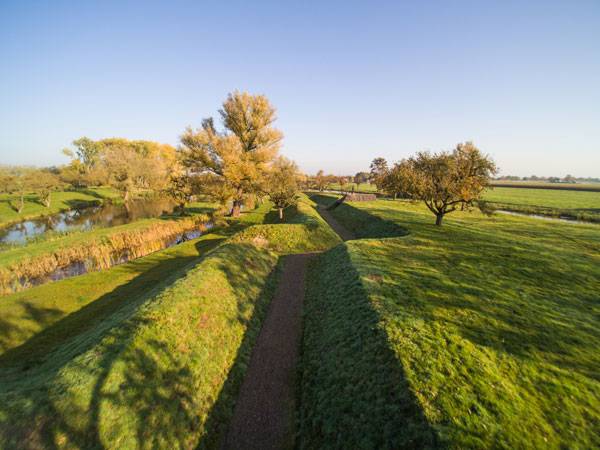