Winning PLAYscape officially opens in Cape Town, South Africa Which city is the most fun? London, NYC, Buenos Aires, Bangkok, Moscow, Cape Town? To answer this question Building Trust international asked professional and student architects and designers from cities around the World to propose ideas which encouraged public interaction and turned redundant city spaces into fun creative places. A multidisciplinary team from the City of Cape Town were announced as the Professional winners in a design competition that has turned a neglected forgotten underpass into an interactive playscape. The competition had over 500 registered entrants and a jury including representatives from Building Trust International, Project for Public Spaces, BMW Guggenheim Lab, Landscape Architects Network, 3Space, Neon Stash and academics and professionals from the fields of architecture and landscape design. 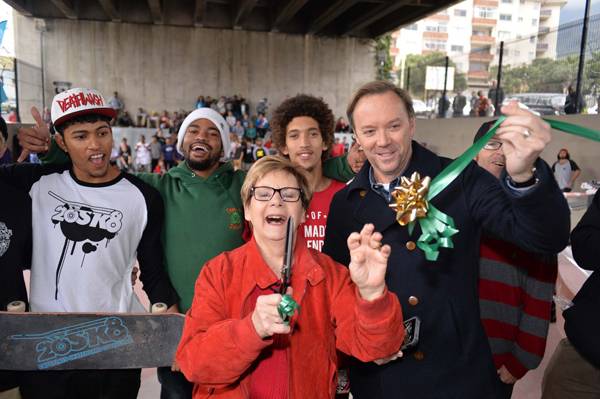 The Winning Entry The design competition asked for a PLAYscape proposal that created community involvement and could turn an unused space into a place for public interaction and creativity. The winning design: Cape Town Mill St skatepark re-uses a space transforming an under used and blighted underpass into a community led skate park. In the year that Cape Town is World Design Capital, the cities first central skatepark opened on Saturday 2nd August to crowds of eager Cape Town residents who waited for their turn to try out their new innovative skatepark.

Rendering of the winning entry. Image via Building Trust International 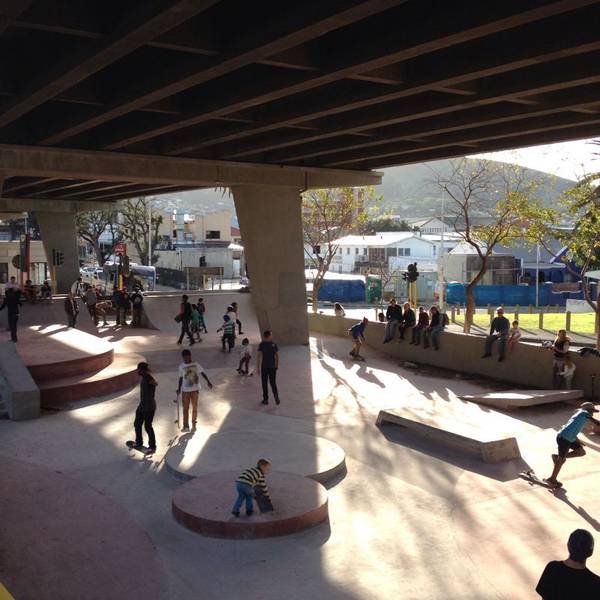 An Opportunity to bypass the Law Skateboarding is strictly forbidden in public spaces in Cape Town, therefore the skatepark is an incredible opportunity for enthusiastic skaters, bladers and bikers to make use of the new space to practise their skills together. It is hoped that this will be the first of many innovative open spaces in the city. 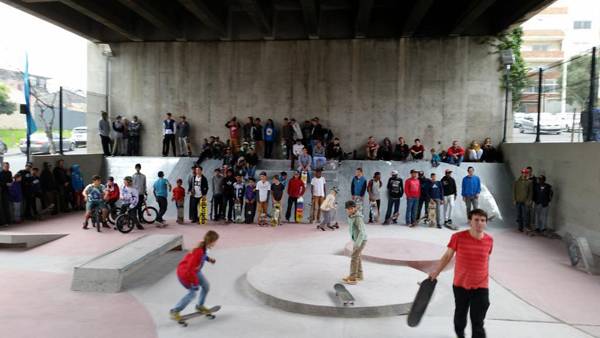 Insights from the people involved David Cole founding partner of Building Trust international said,“The project has the potential to become a flagship in regenerating other areas both in Cape Town and other cities. We hope this is the first of many skateparks in Cape Town!” “The aim was to make an unsafe space safer, to give it a positive use instead of a negative one,” explains Alderman Belinda Walker, Mayoral Committee Member in Cape Town. “The official opening ceremony was a huge success. Politicians were very impressed by the number of people that came. The skaters ages ranged from 3-40 with a wide diversity in culture, religion and race.” Shuaib Philander of 20SK8.

A render from the winning student proposal. Image via Building Trust International

The winning entry from the Student category entered by a team from Lusiada University of Lisbon received a cash prize for their design which made use of not only a redundant space but also recycled materials. WATCH: Cape Town Skatepark under a bridge opens The aim of the competition was to show how creatively we can make cities fun places with opportunities for interaction and play. The competition sought out fun and exciting new ways to get people to interact with the city on a different level. Regeneration of cities should not just be about increasing value and foot fall but should capture people’s imaginations making them want to get involved and experiment with new things. Press Release from Building Trust International. Return to Homepage Published in Blog