The importance of using trees in the landscape may be unknown to most of us!  There is one element found in almost every single landscape architecture project, and it’s not hardscape, lighting, or a pool. It’s trees and — along with them — the life they imbue into every project they inhabit. But why trees? The following list shows how and why trees are so important for landscape architects and the world around us. 1. Trees Keep Our Water Clean As part of an integrated stormwater management system, streamside forests have important effects on water quality. They remove excess nutrients and pollutants, such as fertilizers, pesticides, and sediments, from surface runoff and shallow groundwater. Trees also shade streams, providing optimal light and temperature conditions that allow for dissolved and particulate organic food for aquatic plants and animals. 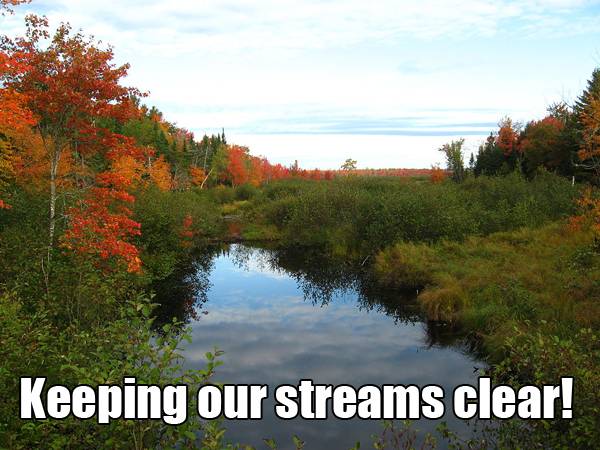 Read more about tree filtration from the USDA: Methods to Conserve and Enhance the Production of Clean Water from Forests 2. Plant a Tree, Save a Life In 2013, the U.S. Forestry Service reported on a study it conducted with the Davey Institute that showed trees in urban areas are responsible for removing anywhere from 4.7 metric tons of fine particulate material from the air in Syracuse to 64.5 metric tons in Atlanta. This is equal to a reduction in human mortality of one person per 365,000 people in Atlanta and to one person per 1.35 million people in San Francisco. 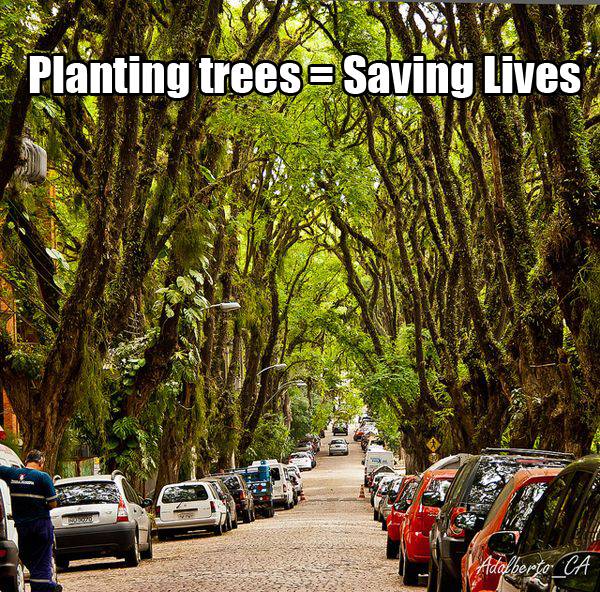 3. Trees Help Us Breathe Easier According to North Carolina State University’s Extension Program, a single large tree is able to absorb as much as 48 pounds of carbon dioxide per year — which is important when the average car produces 20 pounds of carbon dioxide for every gallon of gas it burns. The good news is that a single large tree is able to provide a day’s supply of clean oxygen for up to four people. 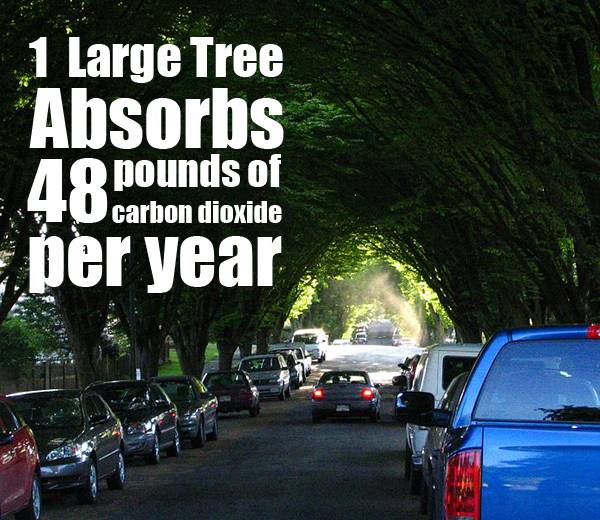 4. Trees On Patrol According to reports published by the University of Washington, on average there are about 3,800 crime victims per 100,000 people in the United States each year. But the addition of trees is helping to reduce these numbers. Studies have shown that outdoor areas that are home to trees suffer from less graffiti, vandalism, and littering than their treeless neighbors. It has also been shown that public housing buildings with more trees had 52 percent fewer total crimes, including 48 percent fewer property crimes and 56 percent fewer violent crimes. 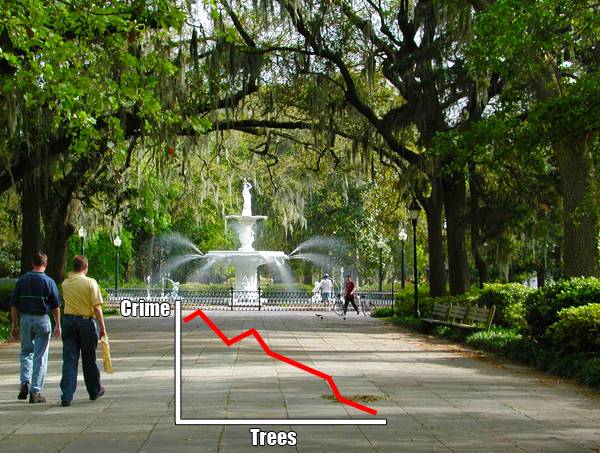 5. Knock, Knock, Anyone Home? In British Columbia, studies have shown that trees provide homes for more than 80 species of wildlife, including birds such as woodpeckers, nuthatches, and eagles, and other animals, including salamanders and squirrels. According to the Rainforest Action Network, these numbers increase in rainforests, where it has been found that there are more than 50 million species of invertebrates living in the trees. 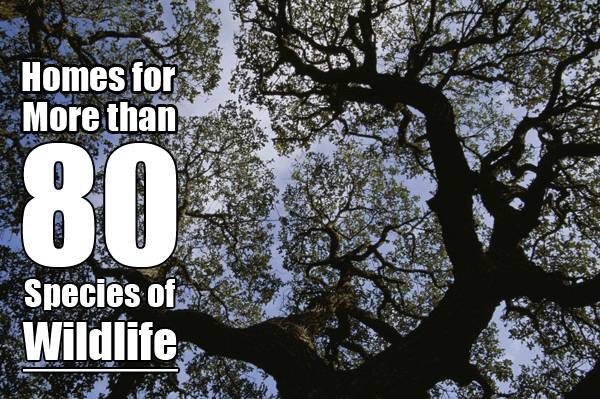 Homes for more than 80 species of wildlife. Image: Looking up into the silhouetted branches and green foliage of sycamore tree platanus occidentalis; Public Domain, source.

These animals depend on trees for shelter, for raising their young, and for food. Many people enjoy watching wildlife, and a well-placed tree can provide a wide variety of opportunities to do this. 6. Trees Save Money by Saving Energy Although the benefits of urban forestry can vary considerably by community and tree species, they are almost always higher than the costs. Trees are nature’s air conditioners and also serve as filters for stormwater runoff. A study conducted by the U.S. Environmental Protection Agency regarding energy usage and trees found that, on a per-tree basis, cities accrued benefits ranging from about $1.50 to $3.00 for every dollar invested in trees. The cities’ annual costs ranged from almost $15 per tree in the Desert Southwest region to $65 per tree in Berkeley, California, with net annual benefits ranging from $30 to $90 per tree. 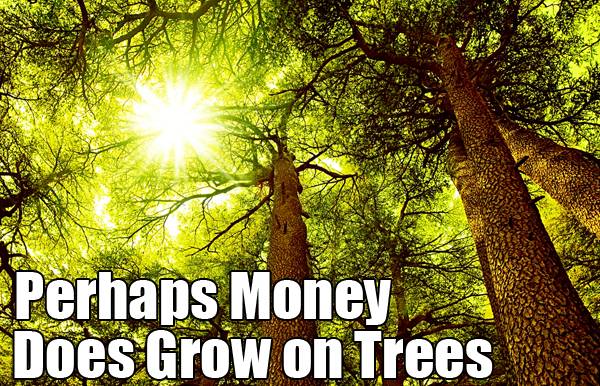 The financial benefits of growing trees are too good to be ignored. Image credit: Shutterstock.com

7. Trees Put Money in Your Pockets In 2008, city officials in Portland, Oregon, started looking for ways to encourage their citizens to plant more trees. They decided the best way to do this was to influence their wallets. Their study found that a tree with a canopy cover of 312 square feet adds $7,593 of value to the house it fronts. It also adds value to any home within 100 feet. In Portland, there are on average 7.6 houses within 100 feet of a street tree, which means that a tree with 312 feet of canopy cover adds $9,241 to the value of neighboring houses. 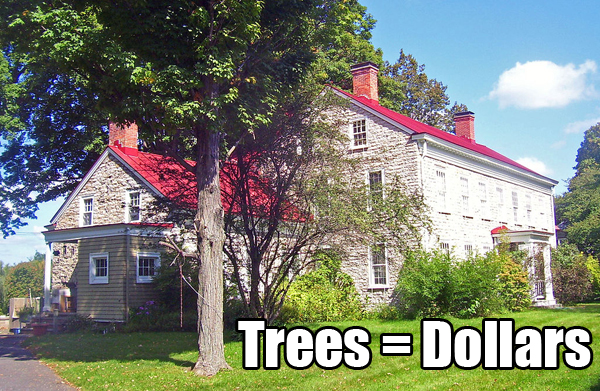 8. What’s For Dinner? Millions of people depend on food from trees, including fruits and nuts. Although foods from trees do not usually provide a complete diet, they do make a critical contribution to their food supply. It has also been found that foods from trees add nutrition to rural diets and serve as a supplement for other sources of food, particularly agricultural crops that are only seasonally available. Finally, trees can provide emergency food supplies during drought, famine, and war. And today, there has been a resurgence in the popularity of using fruit trees as ornamentals in suburban landscapes. WATCH: A newsworthy story on harvesting urban fruit tree In addition to the benefits listed above, trees also reduce stress, provide beauty, and can serve as windbreaks when planted in the right place. The list of the benefits of trees is in fact vast, and in a world where practicality, money, and purposefulness are valued, trees are proving that they can compete with even the most advanced technologies. So, plant a tree and help save the world. Recommended Reading: