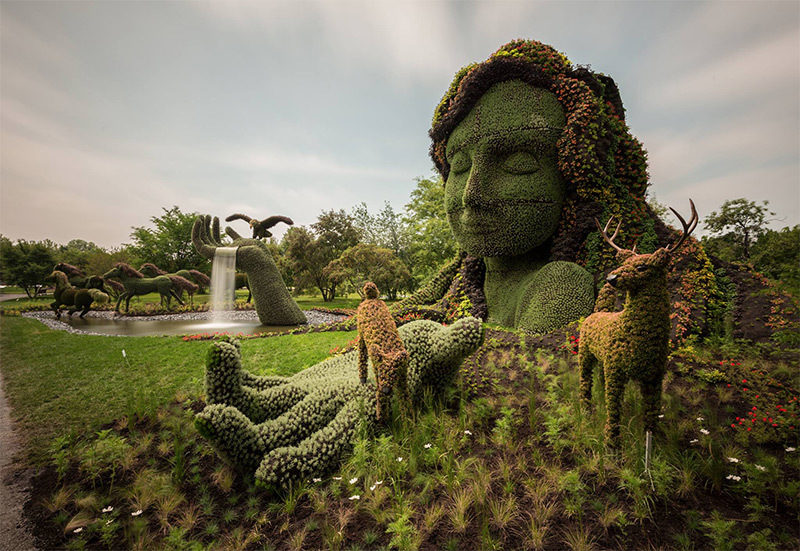 The 2013 international mosaiculture competition, Mosaïcultures Internationales de Montréal, opened mid-June and will run through September 29 at the Montréal Botanical Garden. According to their website, mosaiculture “is a refined horticultural art that involves creating and mounting living artworks made primarily from plants with colourful foliage (generally annuals, and occasionally perennials).” (Colossal, photo credit: Guy Boily)