Haute Deûle River Banks by Atelier de Paysages Bruel-Delmar. The French landscape often provokes images of chateaus, rolling hills of lavender, cities comprised of ornate and delicate buildings and, of course vineyards, but these images are not often of industry. But this may soon change with the revitalization of the Haute Deûle River Banks and the old textile mill that had been left to deteriorate until now. Atelier de Paysages Bruel-Delmar – a team of city planners & landscape architects, were commissioned by SORELI for the cities of Lille and Lomme and the urban community LMCU to design all the public spaces and the lift bridge, and their design takes into account the history of the site while integrating modern day technology and design aesthetics to create a functional and welcoming space. 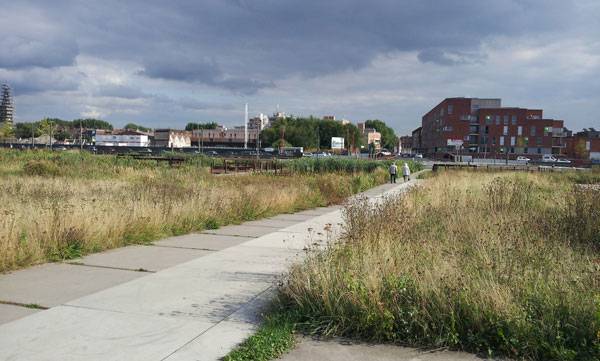 Are they mixing business with pleasure? The team describes the project as, “a sustainable district surrounding the old textile mill today transformed in a consortium of high technologies of communication leans on the memory traces in order to apply itself in these inhabited places identity, and at the same time, to revitalize this expression of federating water in the new development.” 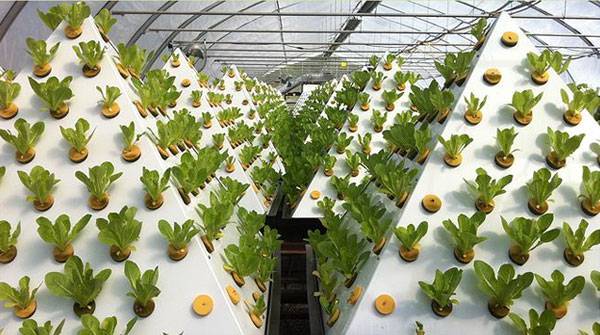 The Impact of Water in the Industrial Landscape

The water takes center stage here and the designers describe its presence as “undeniable, as much in the district history as in its present-day configuration, despite a loss of recognition.” 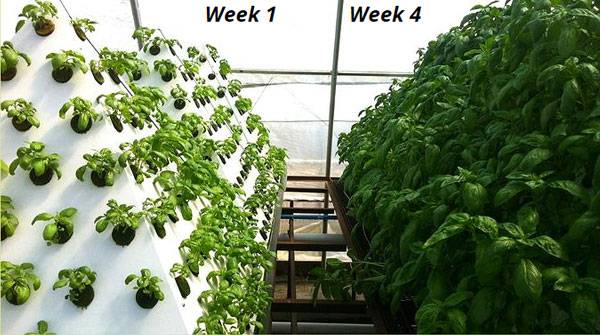 The loss of recognition comes from the modern technologies that were put in place to clean up the canal that once was a symbol of strength for the area due to its role in inland water shipping that forged the identity of the Bois Blanc district. The old canals and irrigation ditches were transformed into rainwater collection areas for all of the district’s surfaces. A convivial water station square and water garden were added, which play the storage and phytoremediation roles, and according to designers “evolves with rain rhythms and becomes an emblematic place for this work on water.”

The Central Focus of the Site The focal point of the site, due to its size, central location and its avocation of a prosperous industrial past, is the old textile mill, Le Blan-Lafont (now the “Euratechnologies” building). 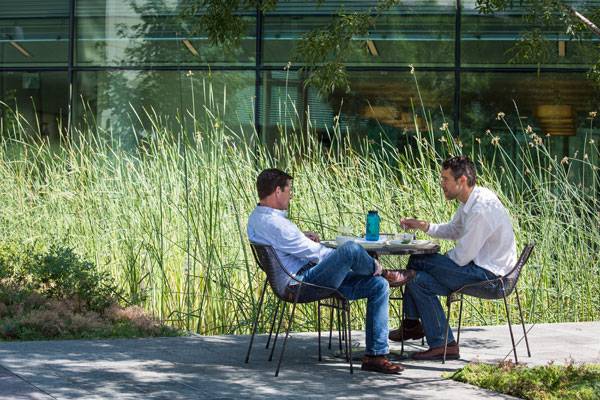 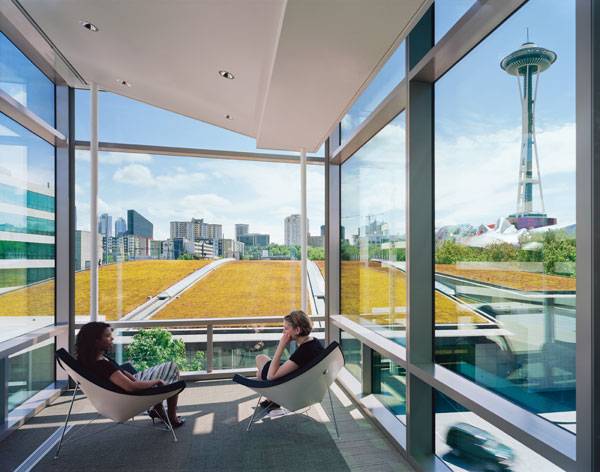 “It brings this built ensemble together with the public spaces that border it, the large lawn and the water garden in the south, the old dance hall and Bretagne square in the north. Interactivity and complementarities are created between the building dedicated to high-tech companies and the public spaces, open to a broader public,” according to designers. And leading the public here from the neighboring Lille and Lomme neighborhoods is the north-south circulation axis that runs alongside the Great Lawn and the water garden. Related Articles: 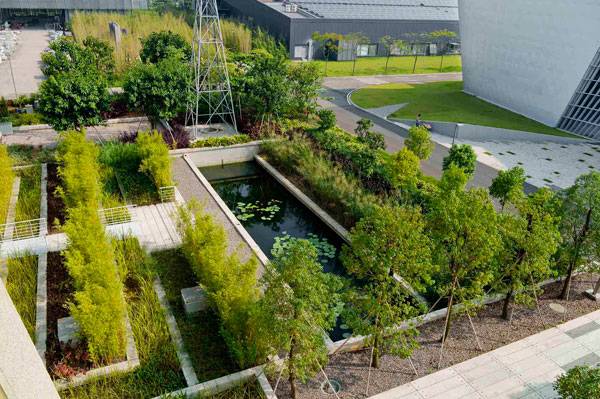 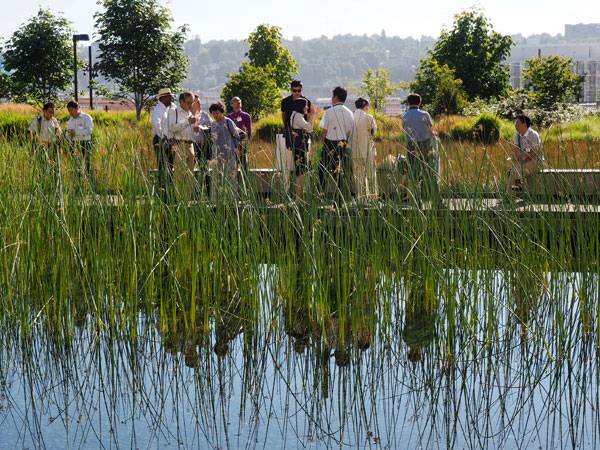 The final element in the design that links the area to the surrounding water is the lift bridge that crosses the bras de Canteleu. The bridge, according to the design team, was placed to “ensure the link with the island of Bois Blanc and allows the waterway to rediscover the central role that it must play in the district organization. The extension of rue du Pont à Fourchon fits in with the urban history and respects the strip parceling and the existing walls.” 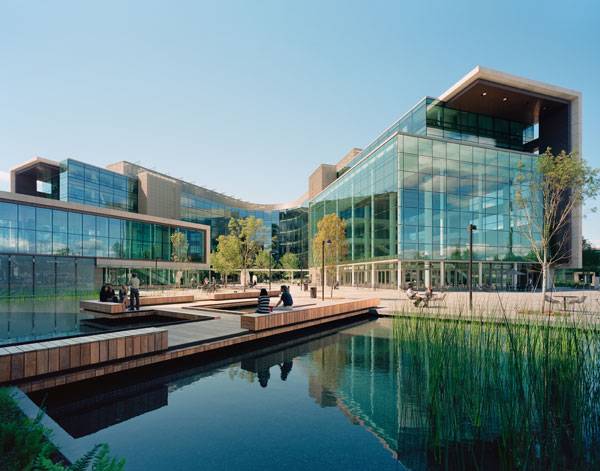 Award Winning Landscape Architecture  In 2009 this project was awarded with the Ecological District Label on the theme of ‘Water’. It also won the French 2010 Prize for Urban Development. It received in 2013 the National Eco-district Label delivered by the Ministry of ecology. 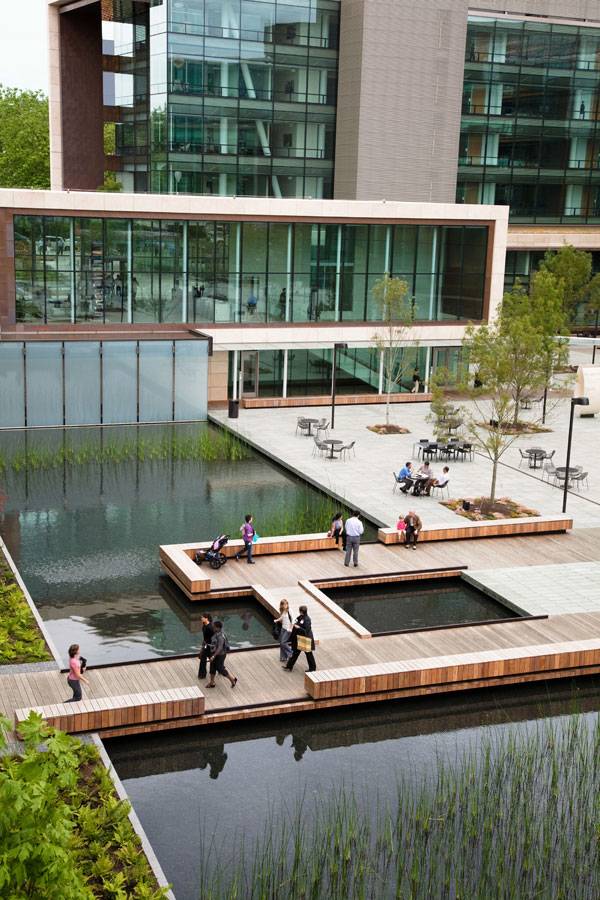 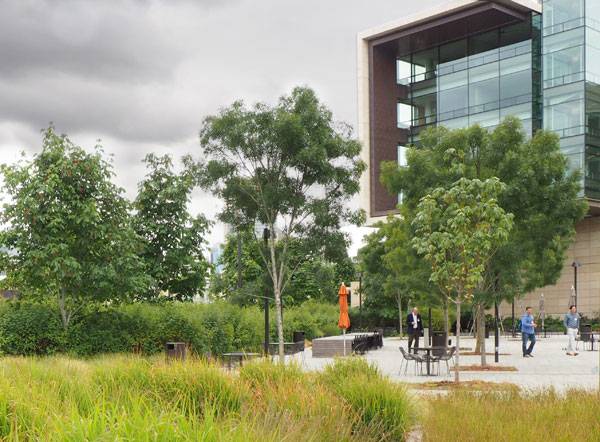 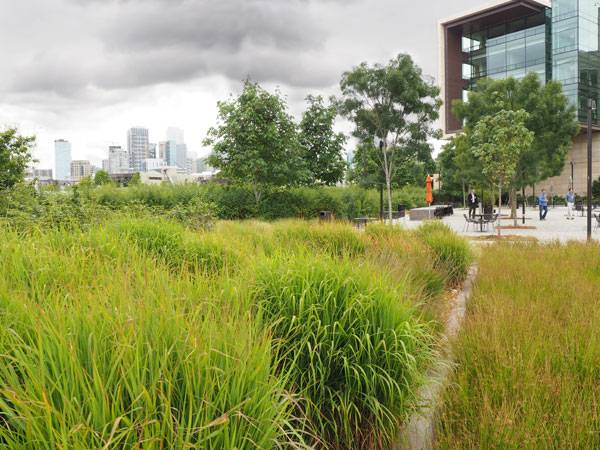 The redevelopment of the riverbanks provides for the requalification of public spaces of the Lomme Marsh and allows for new business and new technology, at the same time it doesn’t deprive this quarter of the charm found in the proportions of the streets that are bordered with old worker houses. Designers describe this as a garden street that “expresses the territorial dimension of the valley of the Deûle and offers a linear park typology to serve the district heart while respecting its working-class built typology.” Recommended Reading: