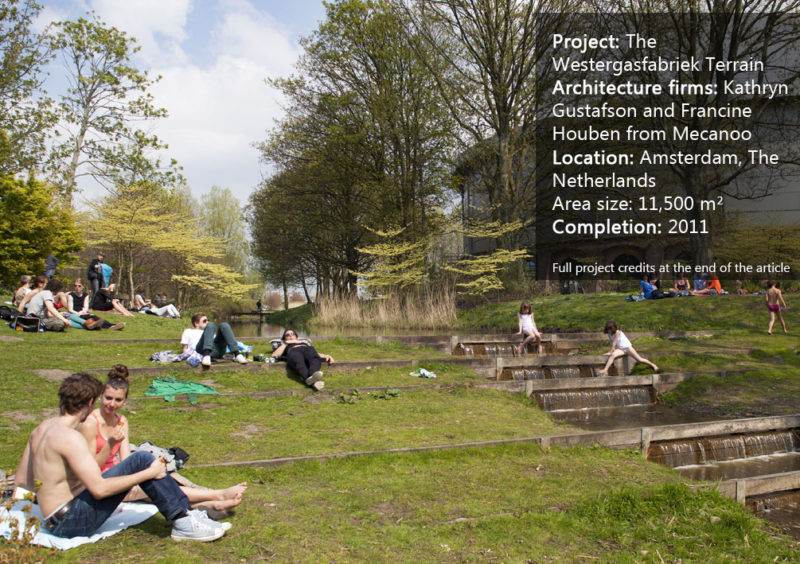 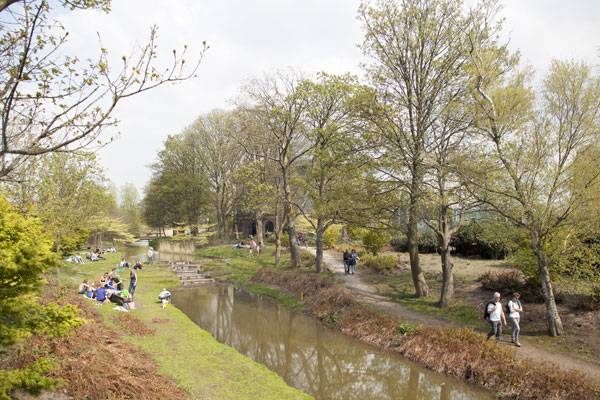 Culture Will Save the World

Cleaning up the whole area was hard. The soil was deeply polluted because of tar, cyanide, asbestos, and mineral oil storage. It took more years than expected to make the area safe. In 1992 the district council entrusted the area to a cultural expert to prevent the buildings from being squatted. The Holland Festival took place there and it was very successful. By that time a few adventurous types started hanging out over there, they were mostly young creatives and local artists which were not seeing a plant anymore, but a quite attractive opportunity for their performances and exhibitions. So when the ‘Temporary Use Project Leader’ came up with the possibility to rent the places for cultural purposes the entrepreneurs didn’t want to miss the chance. 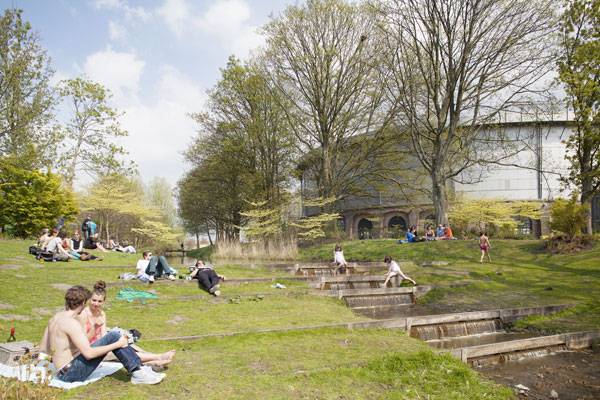 This phase didn’t last just one year as planned, but over seven years, indeed, meetings and cultural events came to life there between 1992 to 2000 (the date of commencement of the construction). It was also a popular location for commercial filming and photo shoots. The rest of the population was in agreement as they openly asked for a park when consulted by the project team. 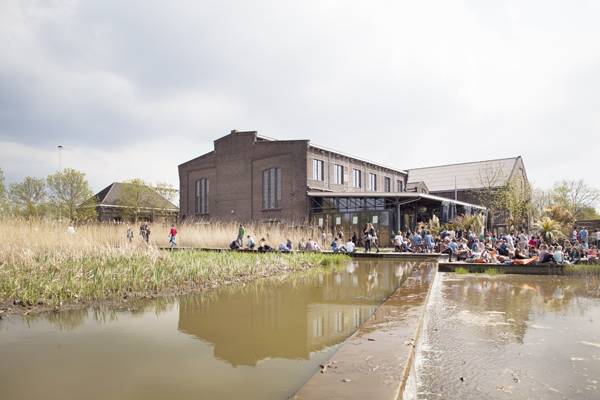 The project bears the signature of two amazing designers; architect Kathryn Gustafson and Francine Houben of Mecanoo. The selective process was intense since the city council had invited twelve landscape firms to present a preliminary masterplan as a very first step, then five of them were selected for the second phase. Gustafson and Houben won the competition in 1998 as they caught the cultural vocation of the area and matched the new people’s needs and points of view with the old industrial pre-existence. 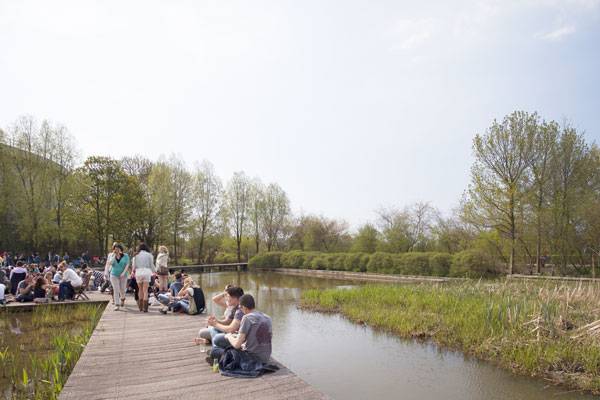 The park extends longitudinally from east to west, overlooking the city with many of its historic buildings. There are only thirteen of the originals left and they are protected for their architectural and historic value. A narrow channel separates the city from the park, but three bridges connect them after all; the outer two are driveways while the central one is a contemporarily-designed footbridge. 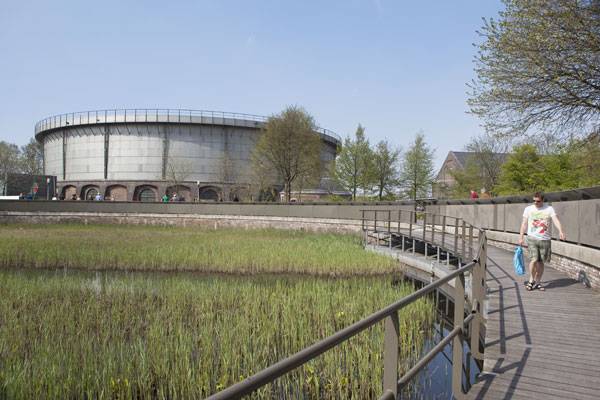 There’s a long straight main way running parallel to the channel; it’s the Gosschalklaan and goes from the Westerpark in the east to the Citè des Arts in the west, passing by The Village, the Kinderdrop+Spektakeldorp and the Gashouder. It is made of Asian yellow stone. The Events field is a huge green field at the centre of the park, it slightly slopes to isolate itself from the next railway and it overlooks a small channel to the north, which can be dried out for big events, the style of the whole area reminds one of 1950-60’s common leisure areas. 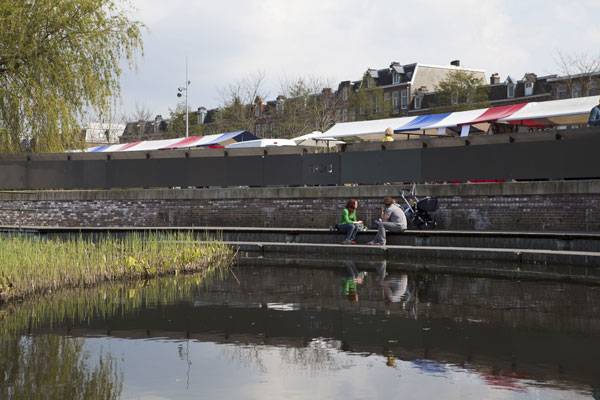 The Westerpark reminds one also of the 1960s European parks developed around a central circular area with a small artificial lake and characterized by narrow paths between trees and greenery. In another way the Westergasfabriek Terrain is also modern because today it invests in another type of energy source; the solar panels, which are placed on the roof of the Gashouder; a circular metallic cylinder which hosts musical events, expositions, conferences and so on. Also The Village embraces modernity among its old walls: it host shops, offices, bars and pubs, and even a television studio which broadcasts national talk shows and other important TV shows. 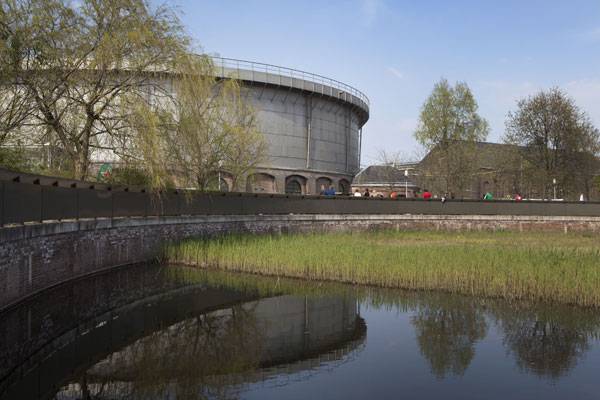 The Importance of Being Connected A relevant factor guarantees the success of the park. It has roots in the cooperation between the permanent tenants who run shops, restaurants, offices and also most of the cultural events, together with the temporary ones that keep the park alive by offering new initiatives to attract visitors: this clearly demonstrates how unity is strength. They also do well in keeping the online promotions updated through the modern digital channels that everybody uses and which therefore are now fundamental. 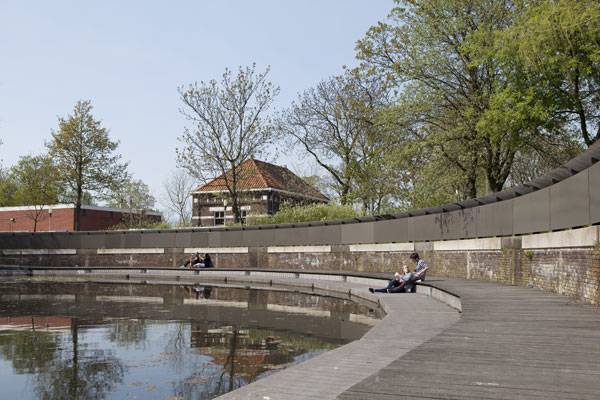 Indeed the website is rich in content both in Dutch and English languages: you can find information about the history of the area, also the park’s design guidelines and information about the shops, refreshment points and of course the calendar with the events and a related map of locations. The Westergasfabriek Terrain is on the main social network! It has a thousand followers on Instagram where you can find pictures of people hanging out at musical events or drinking a cup of coffee outside in the park. It is also on Facebook where it’s reviewed with a grade of 4.3 points out of 5, and on Twitter and LinkedIn.Of course, a free Wi-Fi network covers the whole area of the park. 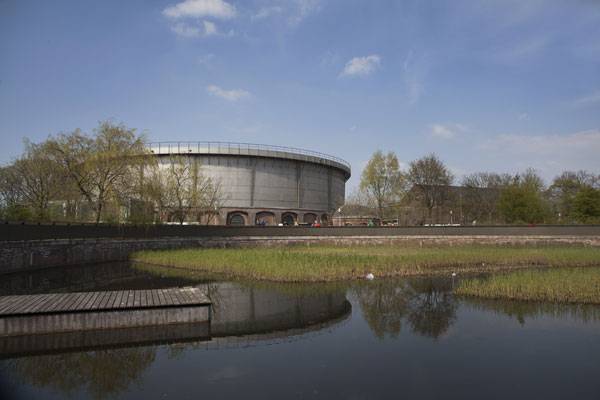 Making the Difference The difference between people’s needs in the nineteenth century and today in modern society are revealed through the story of this project. It is also a tangible example of how much power people have to change the world. How do you think locals can be involved to improve the design processes and the life of a project? To what extent it is advantageous to involve them? 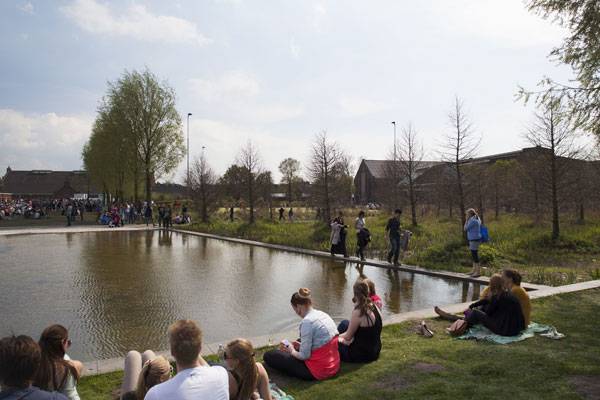