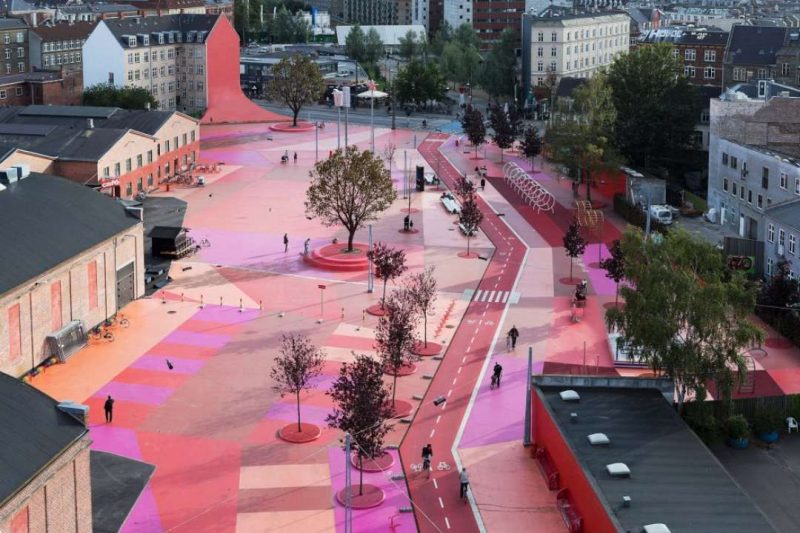 Public open spaces are vital for understanding cities. They are the main environments for citizens’ interaction and stimulation. While cities create the physical environment for social life, public spaces work as the stage and catalyst of social interaction. Therefore, well-functioning public spaces are crucial for any urban environment due to being physical spaces for civic participation, sense of belonging, and social integration. Likewise, a lack of common space results in the decay of the social structure of the city by limiting possibilities for simple communication and interaction. However, urban public space tends to be more and more exclusive due to top-down planning and standardized practices with limited adaptability. This is further compounded by market forces leading to the privatization and commercialization of public spaces.

A Crisis of Planning

The journalist, author and activist Jane Jacobs refers to the “crisis of planning” as top-down planning tools which don’t give enough flexibility to urban and social changes. With these practices based on functionality and efficiency, cities began to be more exclusive and interactions between people have started to loosen. Therefore, this situation not only results in unused and unpleasant urban environments but also diminishing social interaction.

If we compare mediaeval cities with modern cities, we gain insight into the decisions we make which create more and more exclusivity in our cities. Mediaeval cities were a product of a continuous process almost devoid of intentional design, allowing spontaneity with no division between different functions. Modern cities, however, are often based on functionalist concerns which aim to solve problems with land-use practices, without considering social impacts. While the mediaeval city gives opportunities for social interaction; the modern city tends to segregate the different user groups in different areas of the city. In this case, the existence of designed public spaces does not become an opportunity for social interaction between different social groups as it does not create any commonality of daily activities targeting the different groups. The famous example of the Brasilia Plan designed by Lucio Costa draws a significant picture of how the basis of modern architecture and land-use practices failed to create a dynamic city structure while aiming to create a well-functioning ideal living environment. 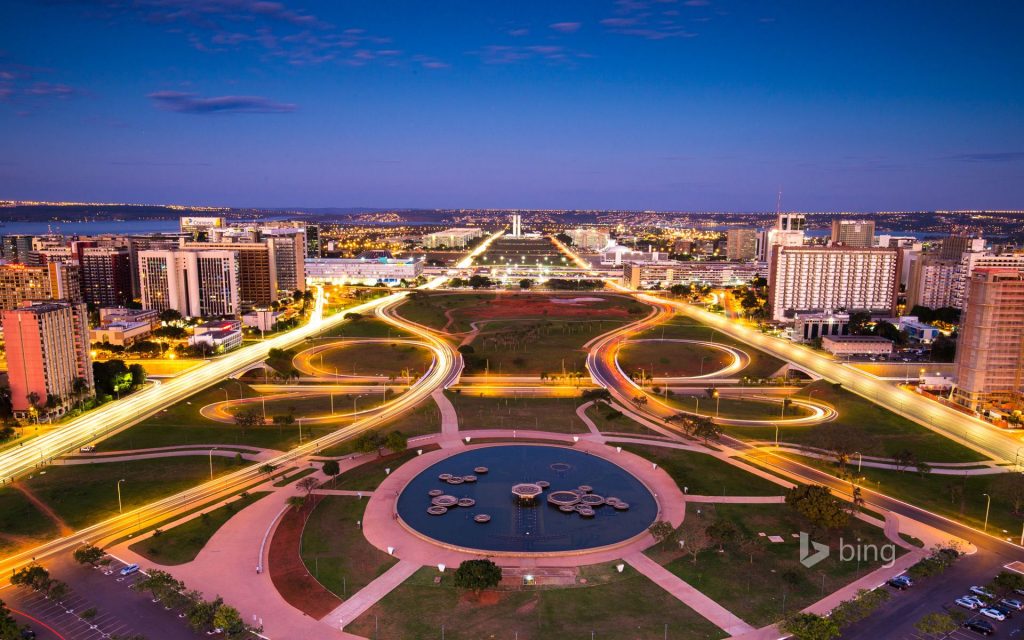 To maintain a healthy and well-functioning urban environment responding to residents’ social and physical needs, the existence of public spaces is crucial. Architectural and planning decisions can contribute to the social and cultural patterns of the city by limiting certain activities while creating opportunities for others. Therefore, an urban environment which is suffering from the drawbacks of the planning practices mentioned above can be reactivated through specific interventions of well-considered public spaces by stimulating interaction between residents and inclusion in the city pattern. However, several key factors can contribute to the viability of public spaces in the long term; maximizing the usability of an area to achieve the ideal of a “city for all”.

To enhance the positive outcomes of public spaces and sustain usability through maximizing integration, it is crucial to consider them as parts of a continuous matrix. The importance of different types of well-functioning public spaces in different scales is a key factor of an open, inclusive city.

For instance, pocket parks have greater effects on residents and commuters at the neighbourhood scale, due to their relative easy implementation and proximity to living environments. Bigger recreation and sports parks contribute to public life at the district scale. Also, the continuity between different public spaces affects the viability of each space individually and the quality of the living environment across the whole city. This situation derives from the fact that each small scale intervention is a product of a greater planning strategy that forms the dialogue between residents and the decisions being made about their environment. Also, when the actual physical environment is considered, the continuity of public spaces affects the experience, the interaction between residents, and the walkability in the city etc.

When designing inclusive spaces, the idea of diversity becomes crucial since integration relies on the existence of different activities and social classes together. The most important factor is the coexisting of varying urban functions and different types of built environments contributing to the usability of the public space by maximizing the possibility of interactions, synergies, and stimulations between different functions and user groups. Integration comes from the diversity of the events and activities that the public space is providing a platform for.

A contemporary example of diversity can be seen in Superkilen in Copenhagen which shows how the diversity in physical space can encourage different activities, resulting in people from different backgrounds coming together.

Adaptability and Flexibility of Public Space

Since the social, economic and cultural patterns and needs of a city are not static entities, the public spaces which host these values should be adaptable to the changes in social life. When public spaces are rigidly designed as areas on which every activity is meticulously planned, public spaces become insufficient when new needs arise. Therefore, either they become vacant areas in the city or they are demolished to make room for something else as new demands become apparent. In other words, public spaces must provide opportunities for the activities created by residents and ensure spaces are capable of adjusting to different needs. The project of DeUrbanisten is a great example of how public space can be designed to be flexible and effective in minimizing the risk of becoming redundant. 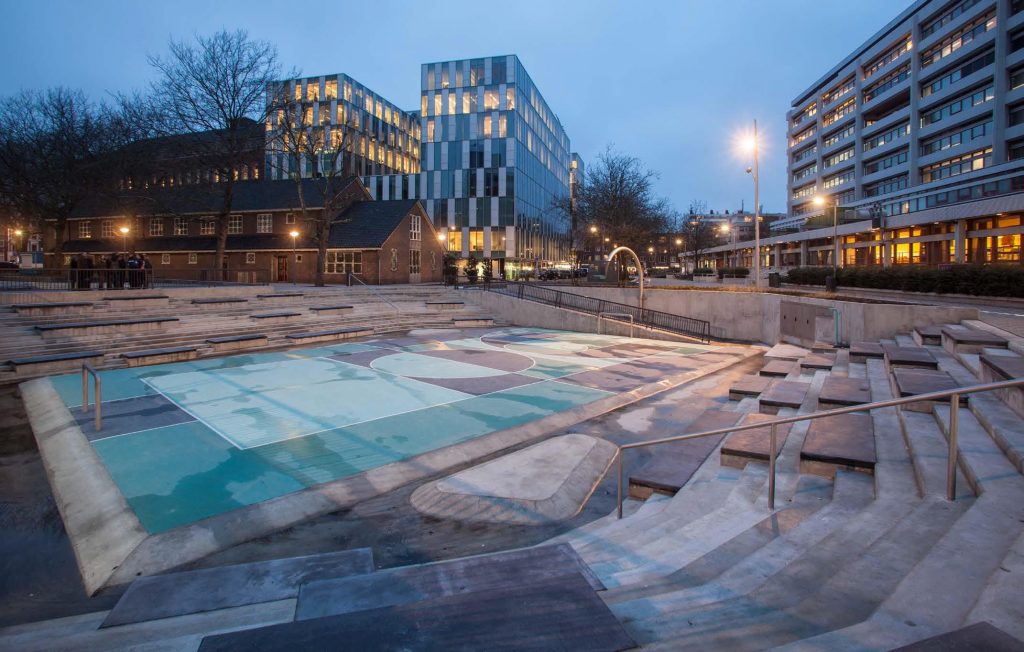 When it comes to the viability of public space, it is very important to have a bottom-up approach to allow people to become active participants in the development of the space, rather than being passive users. When the community is involved in the process of decision making, their engagement with the public space becomes much higher. Also, it maximizes opportunities for identifying particular problems regarding residents’ needs. While doing this, it creates opportunities for interaction between residents by creating a common ground. The well-known example of the High Line shows the opportunities created with a bottom-up approach and the success of public participation in the effectiveness of the project. 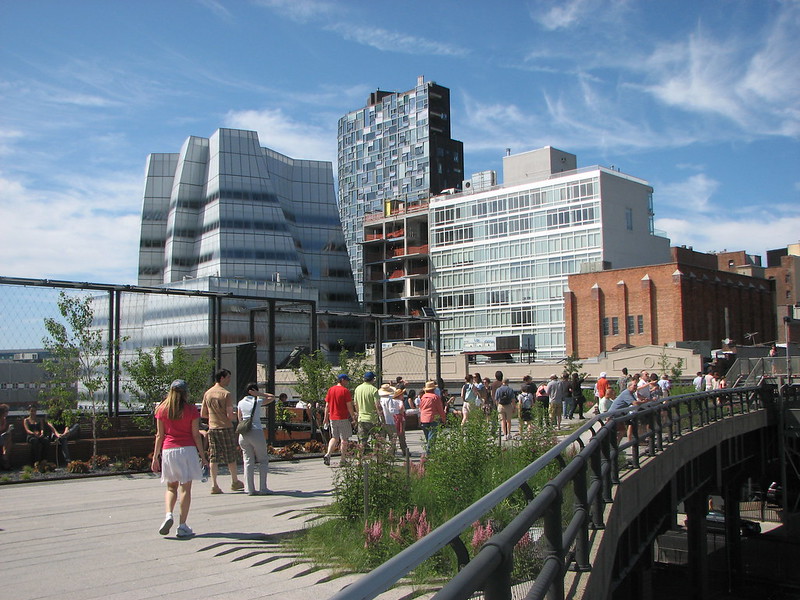 It is undeniable that public spaces contribute immensely to creating healthy, well-functioning urban environments. Landscape architects have a great responsibility to create socially sustainable places. By adopting a bottom-up approach and keeping inclusivity in mind, it is possible to ‘re-stitch’ fragmented urban environments by creating platforms for diverse social interactions.