Winter Bay Culture Park, by Thorbjörn Andersson with Sweco Architects, in Liljeholmen, Stockholm. We all know world-famous Alfred Nobel, the Swedish chemist, engineer, innovator, and inventor of dynamite and Nobel Prize. Perhaps you wonder, what relation can there be between Alfred Nobel and a landscaping project? In this article, we take a closer look at Winter Bay – the place where Alfred Nobel established his factory and research lab, in which he invented an enormous revolution for armaments and explosive manufacturing, dynamite. How is Nobel related to the project we are about to discuss and how did the history of his life and work affect the design solution of Winter Bay Culture Park? To answer these questions, we’ll take a journey looking back on the past, then we’ll get to the present and finally, we will glance to the future of Winter Bay. 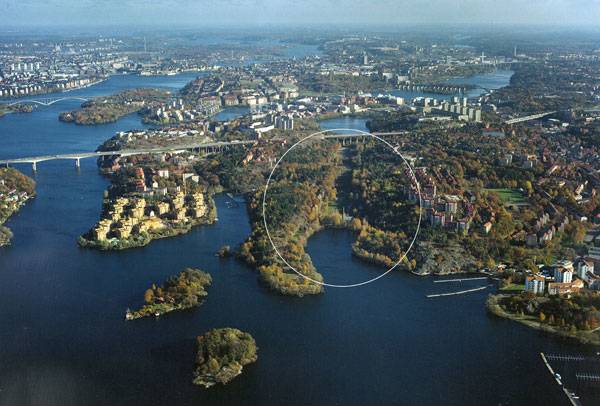 History of Winter Bay: Why did Nobel choose that place for his factory? Winter Bay is at the Mälaren lake in southern Stockholm. It is located in a valley surrounded by the Gröndal and Aspudden suburbs. In 1865, Nobel bought the whole area of Winter Bay. Being surrounded by high cliffs as protection in case of accidents, it turned out that the place is very suitable for Alfred’s dangerous work and is much safer than the previous highly populated area in Stockholm. Other Articles Featuring Thorbjörn Andersson:

In time, Alfred developed the whole place as he constructed a local railroad, a harbour, testing tunnels for exploring dynamite and houses for his workers. The manufacturing of dynamite didn’t stop until 1921, but Nobel’s factory continued to work until the 1980s. 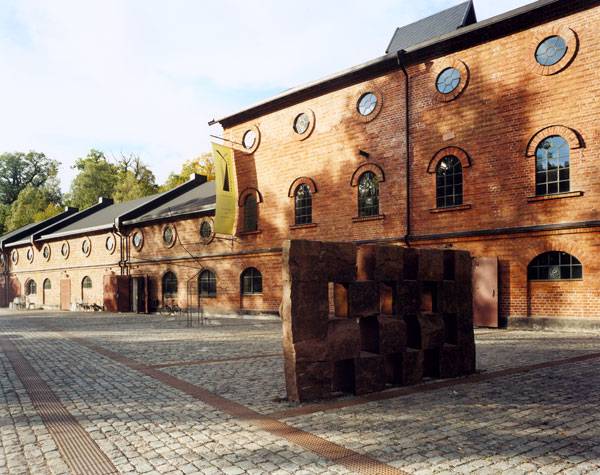 Winter Bay Culture Park Nowadays Down the years, Winter Bay has gone through major changes, transforming from a vital industrial zone to a public recreational area. Since 1974 Stockholm city owns the area of Winter Bay. The site is renovated due to the major reconstruction which provided the park with sculptures, walking paths, small gardens, restaurants and a café. The landscape architect, standing behind the transformation, is Thorbjorn Andersson, mostly known for his work in the planning and design of public spaces in Stockholm. 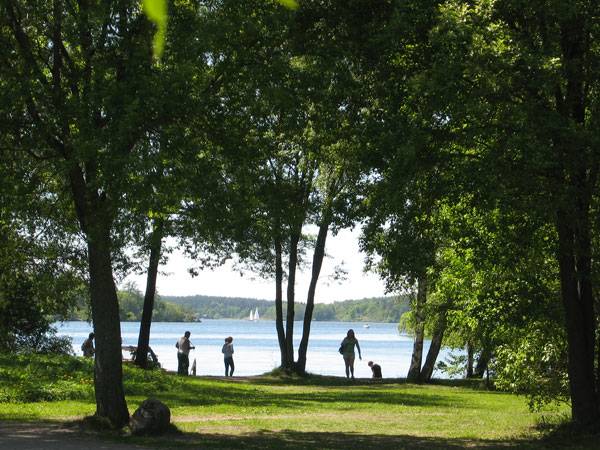 The Mindful Designer Holding up to the concept of creating a natural, subtle and unostentatious design, the author of the project has reached the harmony between the rich history of the place and its new present function. “Given the richness of the site’s qualities and heritage, it was important to restrain design activities to a minimum,” as Thorbjorn Andersson says on his website. 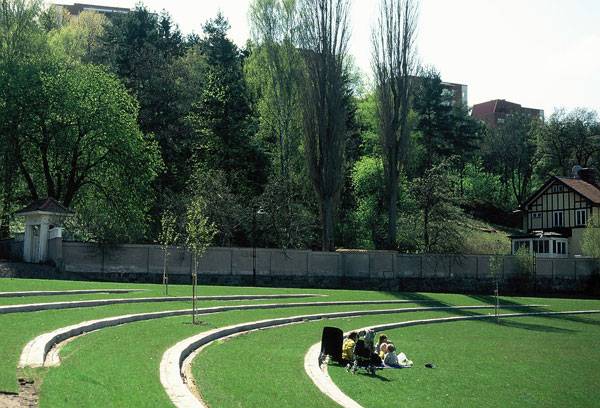 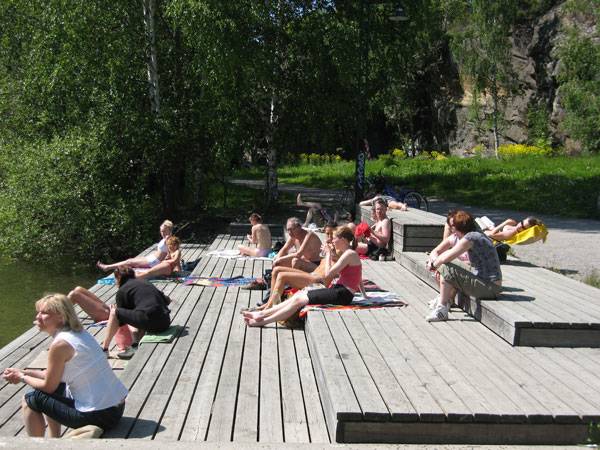 What Can You Find in Winter Bay Culture Park? The main factory is now an art gallery, and the area around it is a big lawn, terraced into several levels, lightly curving and blending with the landscape.The park today is an attractive spot for promenades and leisure, offering viewing platforms along the lake and green lawns to relax and contemplate the intrinsic beauty of the place. There are several places in the area, where visitors can enjoy swimming among the cliffs and pebbled shores. In Winter Bay park, you can also find boating and canoeing services. If you need food after all those activities, you can snack or dine in the garden cafe, and listen to live music. Most of all, if you seek for a day off, far away from the vanity of the city, this is the perfect place for you. Environmental Pollution One last line, which is important to consider, is if there is a certain health risk in the park as a result of the industrial past of the site. Severe soil contamination in the area with high levels of Lead and Arsenic has been detected due to the industrial activities in Winter Bay since the 1860s. In 2011, Winter Bay was ranked by the City of Stockholm as the ninth most polluted area in the city. 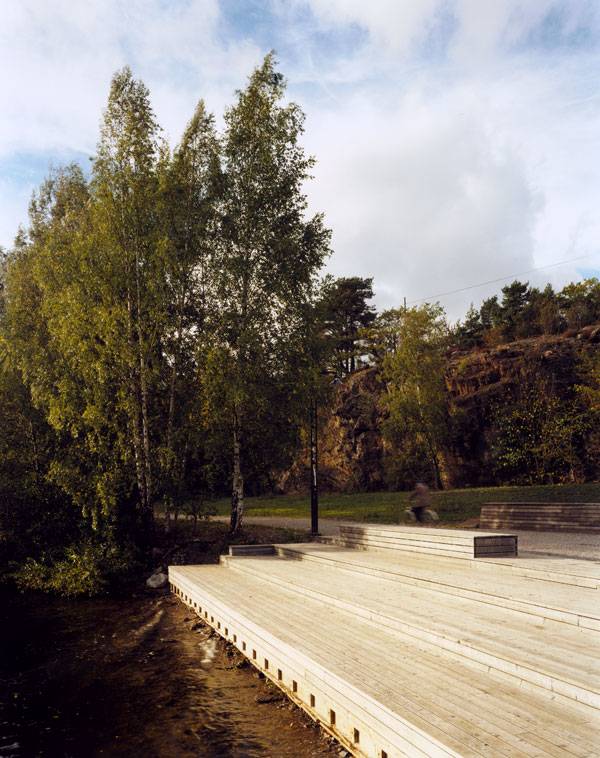 Vegetation Will Save the Day The activities of the nuclear technology company which was previously residing in the area are likely to have caused unusual high levels of uranium in the cove’s bottom sediment. Fortunately, the actual levels of radioactivity are considered low enough so that there is no health risk to be considered. Here is the place to highlight that what adds the greatest value to the park, is that through the used vegetation, the area will be reclaimed, resulting in a healthy and unpolluted environment. 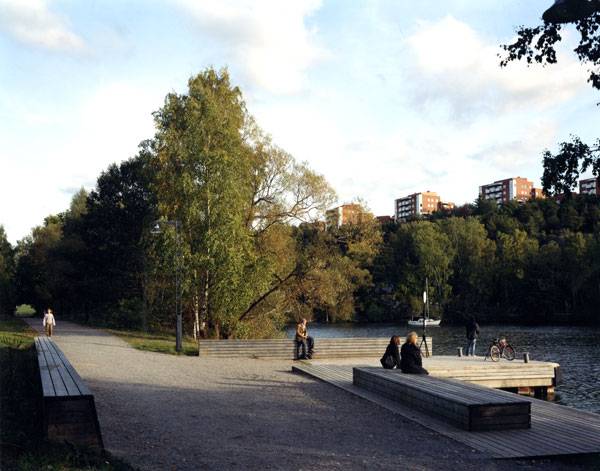 Winter Bay in the Future As an end to our journey through time, we may conclude that the project of Winter Bay Culture Park is an excellent example of the artistry of landscape architecture. Design isn’t always about being cutting edge and mind-blowing. Sometimes it is about history and its honoring in the future, just like it is in this case. So what is your opinion? Is this the best possible solution? And if not, what do you think it should be like?